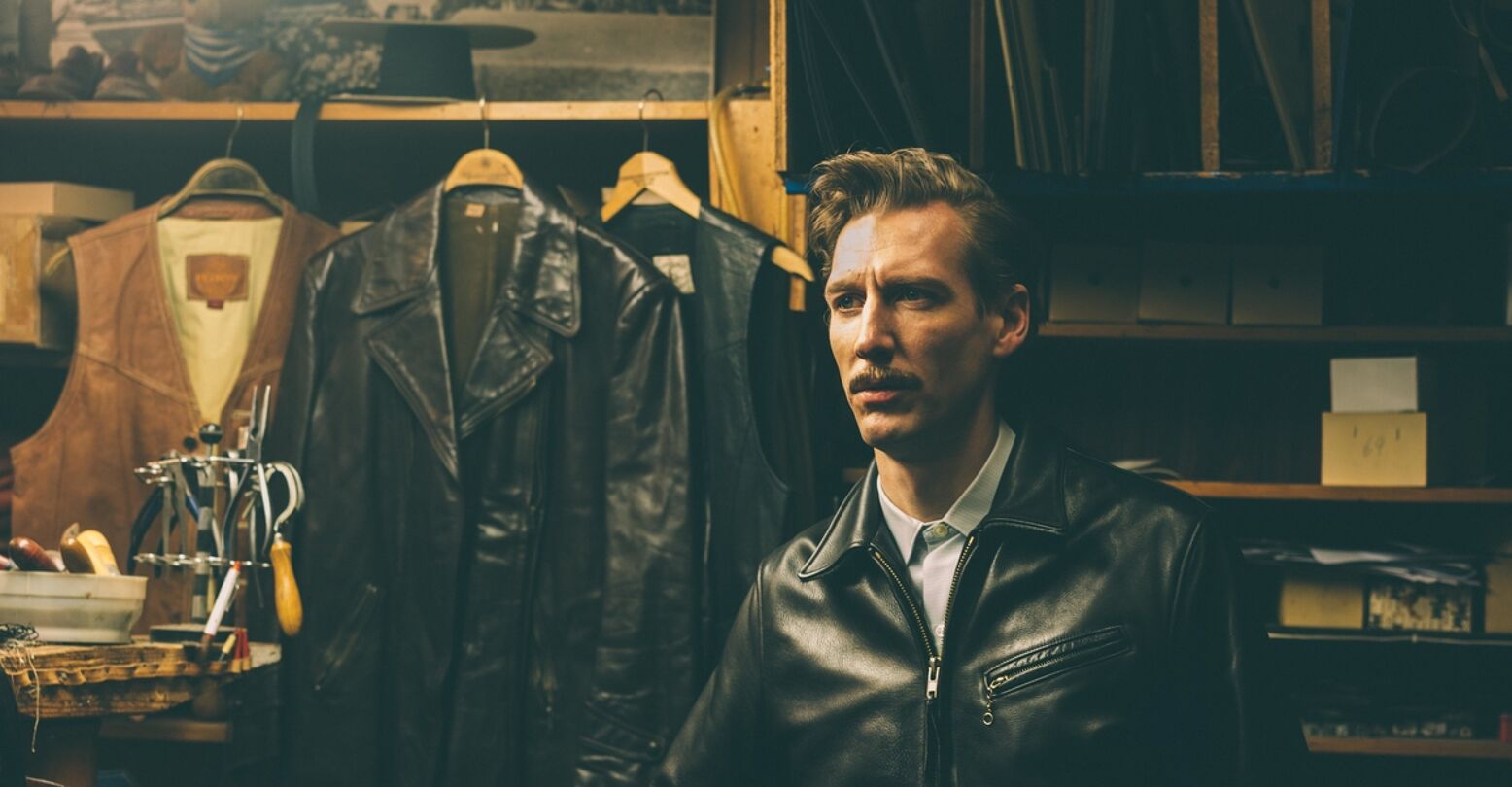 When the celebrated Finnish director Dome Karukoski started working on his seventh feature film, a biopic that covers five testosterone-filled decades of Touko Laaksonen, the artist better known as Tom of Finland, he came to the conclusion that living “as a gay man must be a lot of fucking fun.”

To research for the film and get a better understanding of the community, Karukoski spent some time hanging out at leather bars in Los Angeles. He remembers one particular Sunday night at theEagle that helped him finally understand why his gay friends like to tell him that “as a straight man, you must be so bored with your life.” Karukoski was at the bar drinking his beer and chatting with strangers, when “this guy just started whipping another guy [until he] comes, in the middle of the club!”

That blatant display of unapologetic sexuality resonated with him. That is “something I idolize a lot about being a gay man,” he told me when we sat down to talk about his new film Tom of Finland, which opens Friday, Oct. 13 at The Quad in New York, on Friday, Oct. 20 in Los Angeles (Nuart Theatre) and San Francisco (Embarcadero), with a national release to follow. 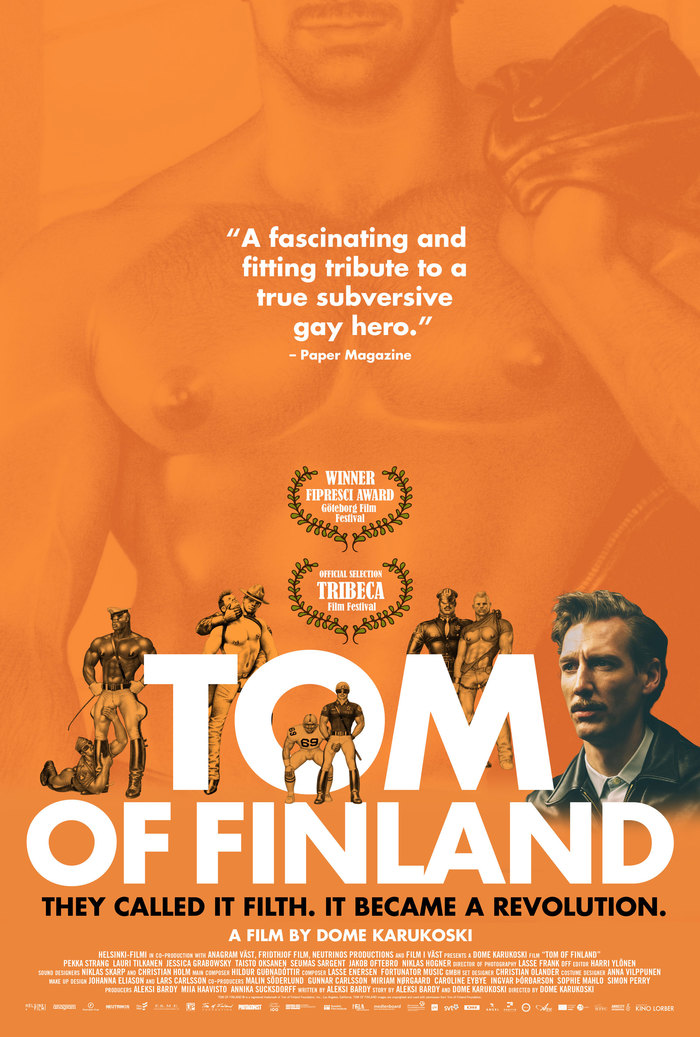 “It’s unbearable to think that Finland, as liberal as we are at the moment have a history [of intolerance], but it’s at the same time wonderful to have one very courageous man who basically liberated a generation of men,” Karukoski said.

The film starts with a young Touko Laaksonen fighting alongside the Nazi army in World War II and spending his downtime cruising for illegal gay sex on the dimly lit streets and parks of Helsinki. After he’s released from the army at the end of the war, he moves in with his homophobic sister Kaija (Jessica Grabowsky) and takes up a job as an art director at an ad agency. He never stopped working on his “dirty drawings” but, at that time, he was mostly doing them for his own pleasure. When he meets Veli Mäkinen (Lauri Tilkanen), a sexy closeted dancer who moves in with Tom and his sister, forms a love triangle with the siblings, but would eventually become Tom’s soulmate, his approach changes. Mäkinen sees the importance of his work and encourages him to find an American publisher so he can show his art to the rest of the world.

The world likes it, and his taboo-shattering drawings turn him into a gay liberation hero. His attraction for construction workers, sailors, and cops, and his depiction of hypermasculinity ended up playing a crucial part in the self-acceptance of gay men everywhere. He would also become an important part of changing the cultural identity of a very repressed pre-Stonewall world. “He captured the fantasy of what every gay man was looking for in a very exaggerated man,” the legendary director John Waters once said; “the opposite of the cliché of a gay man in the 50s.” He transformed certain ideals of masculinity, which were usually associated with an oppressing force, into an empowering representation of gay sexuality. By bringing his unrestrained fantasies into paper, he helped men to embrace their horniness and enjoy it with no guilt and no shame. 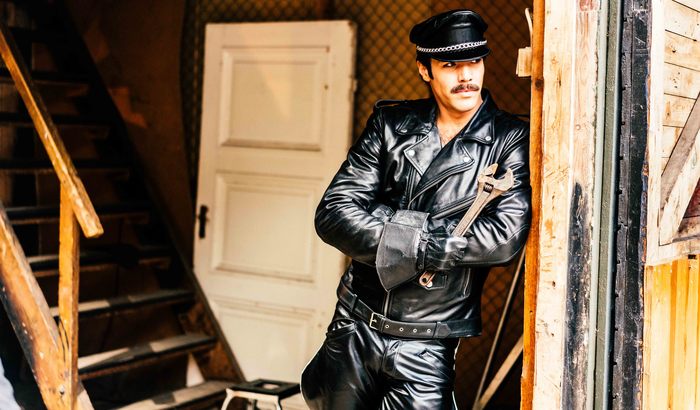 For the first museum exhibition dedicated to his work (MOCA’s Bob Mizer & Tom of Finland, 2014), the show’s curators linked his art to the emergence of an entire subculture of gay men, and cast him as the ultimate daddy of the leather tribe: “Tom of Finland is the creator of some of the most iconic and readily recognizable imagery of post-war gay culture. He produced thousands of images beginning in the 1940s, robbing straight homophobic culture of its most virile and masculine archetypes (bikers, hoodlums, lumberjacks, cops, cowboys, and sailors) and recasting themthrough deft skill and fantastic imaginationunapologetic, self-aware, and boastfully proud enthusiasts of gay sex. His most innovative achievement though, worked out in fastidious renderings of gear, props, settings, and power relations inherent therein, was to create the depictions that would eventually become the foundation of an emerging gay leather culture. Tom imagined the leather scene by drawing it; real men were inspired by it, and suited themselves up,” the curatorial statement read.

For the film, the director and cast counted on the help from people who run the Tom of Finland Foundation, a Los Angeles-based nonprofit dedicated to preserve, collect, and exhibit homoerotic art. Karukoski went through archival material, old black-and-white photographs, and also talked to people who knew Tom. The script, which he wrote with Aleksi Bardya, took four years to complete and it recreates the feeling of liberation, joy, and humor that his work inspires. “Tom was a very heartfelt, empathetic, and warm man,” said Karukoski. He wanted the film to reflect that.

In one of Karukoski’s favorite Tom of Finland drawings, “two guys are having sex, and a cop comes in, joins in, and everybody’s smiling. [That] tells everything about the man, about the character. He’s living in that time of oppression, and at the same time, he’s inviting [the cops] in. It’s about equality. ‘The oppressor can have fun sexually with us, and it’s okay,’ ” he says. “That tells about how empathetic he was. He wasn’t bitter.”

Pekka Strang, the Finnish actor who plays Tom, agrees and applauds Tom’s use of humor despite the oppression. His favorite drawing is “the one where the guy is fucking the world, and just smiling at the picture.” Strang, who was worried whether the community would accept him, as he was “coming from the outside,” said he was “really proud and moved by how they welcomed me.” One thing he will take from this experience is “the brotherhood and camaraderie and the love that they share,” he said. “The guys I met were in their 60s. [And] because they had been outcasts of society, they learned to take care of each other. For me, that was really touching.” 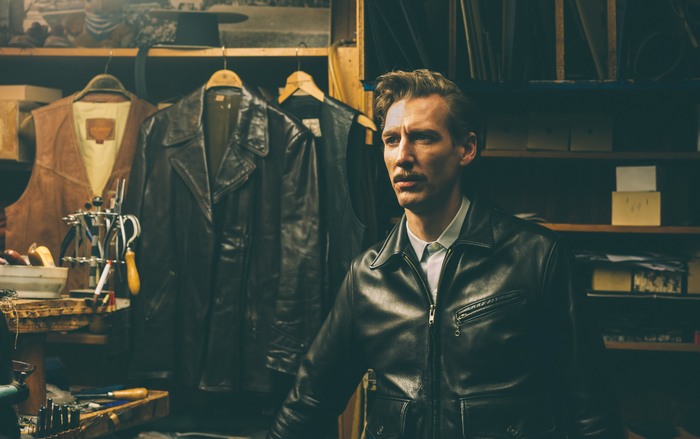 To Karukoski, the most difficult part of the project was to narrow down the immense contributions of “a man who bravely fought for his right to be who he wasa gay man with gay fantasies,” into a feature-length film. He says it was the longest and most intense scripting process he has ever experienced, as he tried to find the emotional truth of his character.

And because he was telling the story of such an important figure, with a profound impact on the lives of so many people, “everybody had an opinion of how the film should be made.” He remembers one occasion when he was in São Paulo, Brazil and a guy overheard him talking about the film. “He invades our space and sits with us,” he says with laughter. He talked about the gay community in Brazil and explained “how the movie should be made, so the gay community in São Paulo will adore it.”

One other aspect that gets a fair amount of different opinions, Karukoski said, is how much sex he should’ve included. He made a choice of not having “as much as we could have because it would drop the people emotionally from the story,” he explained. “Every time you have sex in a film, regardless if it’s heterosexual or gay sex, you either get aroused or you are somehow looking at the actors, and wondering how they shot it.”

But responding to some critics who said that Tom of Finland deserved “a far edgier biopic than this one,” or that the film was not as provocative as Tom of Finland’s work,” Karukoski has only one question: “Didn’t you see the 14-inch dick?” There’s a scene (perhaps inspired by that eye-opening Sunday at the Eagle in LA) “where a guy is in the bar making cocktails, and you are actually talking about the cocktails, while guys come in to fuck the guy; which is a true story,” he says. “His dick was so famous, and everybody would just come Everybody wanted to fuck that cock.” But even though it was a close-up shot, some people “probably just missed the 14-inch dick.” And he’s OK with that.

(For the record, I did see it. And appreciated it.)