Lara Croft: Tomb Raider director Simon West spoke to EW ahead of the release of the Tomb Raider reboot. The original movie, now almost two decades old, was led by Angelina Jolie, and West claims he cast her in the titular role because her “alternative lifestyle” made for an edgy character.

LGBTQ people are quite familiar with the phrase “alternative lifestyle,” as it’s long been used as a pejorative to describe our romantic and personal lives. It’s hurtful, as it implies we live life on the fringe of societymaking choices to be queer, or at least acknowledging that it’s abnormal and disruptive, and choosing to do it anyway. Angelina Jolie is an out bisexual woman, and whether West was referring to her sexuality or not, he made it clear that her queer identity was a major factor in his decision to cast her as Lara Croft.

“There hadn’t been a female lead of an action-adventure film that had carried a film [by herself recently], and Angelina wasn’t as big as some of the other actresses that were up for the part, who’d done bigger films and had a longer track record and bigger box-office grosses,” West said, referencing straight-identifying actresses like Catherine Zeta-Jones, Ashley Judd, and Jennifer Lopez. “Some of their [images] were safer than Angelina’s, whose was quite dangerous. She had all sorts of thing written about hersome obviously not true. She was a young woman experimenting.” 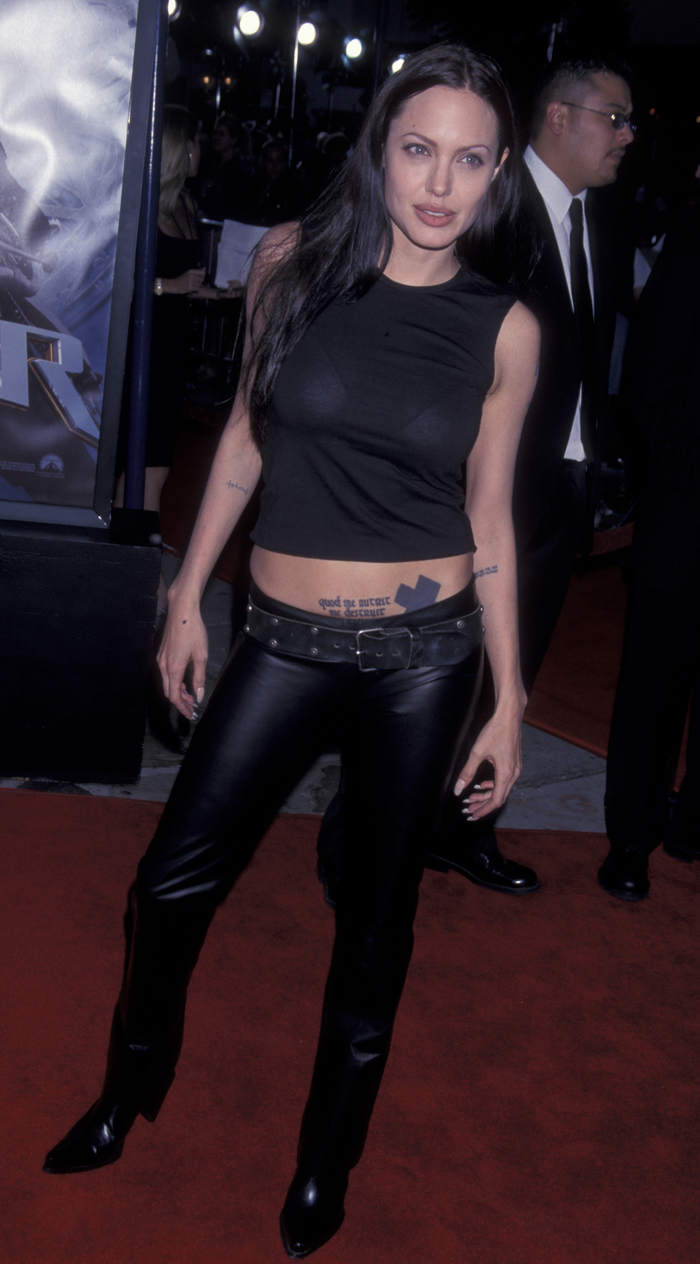 His choice of words in deeming a bisexual woman “experimenting” is also misleading and offensive. Jolie has long been open about her sexuality. In 2005, she reportedly told OK Magazine that she has been with women in the past, noting, “I have loved women in the past and slept with them. I think if you love and want to pleasure a woman, particularly if you are a woman yourself, then certainly you know how to do things a certain way.”

Even if she hadn’t “loved” women and just slept with them, her bisexual identity is still undoubtedly valid, and insinuating that sleeping with women is some sort of “experimental” phase is downright insulting.

Of course, Jolie did have a twisted reputation at the time, outside of sexual identity. In 2000, she smooched her brother on the lips when she won the Oscar for Best Supporting Actress at the Academy Awards.

“[She] had a great, dark reputation about her,” West told EW, reportedly referencing her whirlwind romance with Billy Bob Thornton and the vial of his blood she kept in a necklace. “She lived quite an alternative lifestyle and didn’t hold back her words. She spoke her mind, and she had a notorious reputation. It was quite hard for me to get her through the approval process at the studio, because I wanted an actress who was going to bring something to the part, and she brought this great Angelina Jolie mythology with her as this dark, crazy, wicked woman with a very particular and interesting personality. I wanted that mythology of Angelina Jolie to fuse with Lara Croft.”

He even went on to say that he crafted the role around Jolie after fighting for her, tailoring the character to fit this “edgier” actress.

However, West’s timeline is wrong. According to E! News, Angelina sought the vial of blood while she was filming Lara Croft: Tomb Raider, which means the story couldn’t have played a part in West’s choice to cast her. In 2014, Thornton spoke publicly on the blood necklace, telling a group of students a Loyola Marymount University’s School of Film and Television, “[A] vial of blood is very simple. Angie came home one day with a kit she bought,” he said. “You know those lockets you buy that are clear and you put a picture of your grannie in it or something like that and wear it around your neck? That’s what it was.”

He continued, “She bought two of those. We were apart a lot because she’s off making Tomb Raider and I’m making Monster’s Ball. We were on opposite endswe see each other for two weeks and whatever.”

Simon West gave 2000s kids a female heroine we hadn’t yet seen before on the silver screena badass, fatalistic, unrelenting action hero. Her character was brutally objectified and sexualized on-screen, always sporting impractical combat-wear, like hot pants and perfectly clean-shaven armpits. So, we’ll take the good with the badbut his choice of words were heard loud and clear, and for that reason, it stings. Being a part of the LGBTQ community isn’t “edgy” and it’s not a choice, and Jolie being othered hits way too close to home.