Overwatch is, like, really gay — that’s no secret. Aside from its large LGBTQ fan base, it also has one gay character, Tracer, who happens to be the character on the game’s cover art.

Leading up to the Overwatch anniversary event, the game developers have teased a new skin for Tracer on their Twitter account.

“Lightning Tracer,” as the skin is called, will be available during the anniversary event along with about 10 other skins. The reactions to this new Tracer skin have been some of the most mixed that I’ve seen. My roommate’s first reaction, for example, was shock and dislike.

“Oh my god,” they said immediately. “They turned her into Niall Horan.”

Some fans genuinely like the skin, but the majority of the positive responses I’ve seen have been appreciations that they showcase Tracer in more obviously gay outfits.

This is such a good look for Tracer. I’m here for Overwatch giving Lena more skins that unquestionably reinforce her butch lesbian ID

Even people who aren’t necessarily sold on the skin are finding solace in the fact that straight gamer boys are angry about it. I think making straight people angry or uncomfortable is a bipartisan cause we can all get behind.

not saying im in love with the tracer skin but seeing piss baby straight boys complain about her looking like a more obvious butch lesbian puts a smile on my face. so i’ll consider it a win.

Say what you want about the new Tracer skin, but the way her haircut makes straight people uncomfortable for “some reason I can’t put my finger on” is beautiful. (Here’s a hint: It’s because you don’t like to be reminded that Tracer is a lesbian.)

This Tracer skin isn’t the first one to cause a reaction from the gay Overwatch fans. We’ve also had gay representation in the form of shirtless lifeguard McCree which, if you can believe it, was very popular last summer.

We’ve also had weightlifting Zarya who is the huggable bear we could all use in our lives. Even if you hate the skin, it’s nice to see queer characters be more obviously queer. 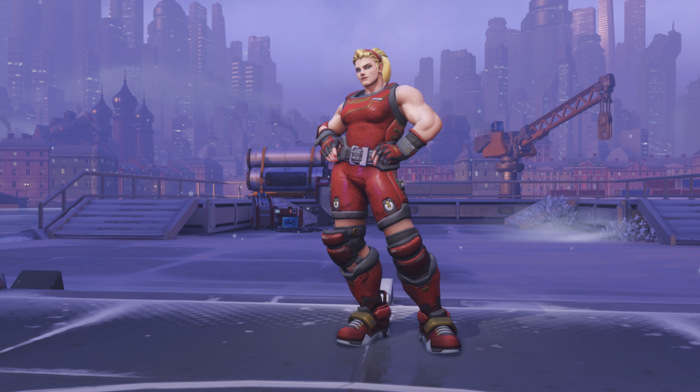 You can grab the Tracer skin and many other new skins during the Overwatch anniversary event, which starts May 21st.