There are a handful of trans male actors playing roles on shows (such as Eliot Fitzgerald on Showtime’s Shameless) and with minor parts in major films (Jake Graf in Colette), but, in the Golden Age of Television, this lack of visibility means trans men are absent from cultural conversations that they should be a part of.

For Groundlings-trained actor Petey Gibson, this means a career as a trans/nonbinary actor can be even more limiting.

“The amount of opportunities to perform my specific gender as an actor — would that they were there but they’re not,” Gibson says. “As an actor, I audition from everything from trans teenage boy to women in charge who wear glasses. I had one week where I had auditions for a female high school principal and then three days later I auditioned to be a trans teenage boy. Sort of like a blessing and a curse that I get a lot of different opportunities because my look is sort of in the middle.” 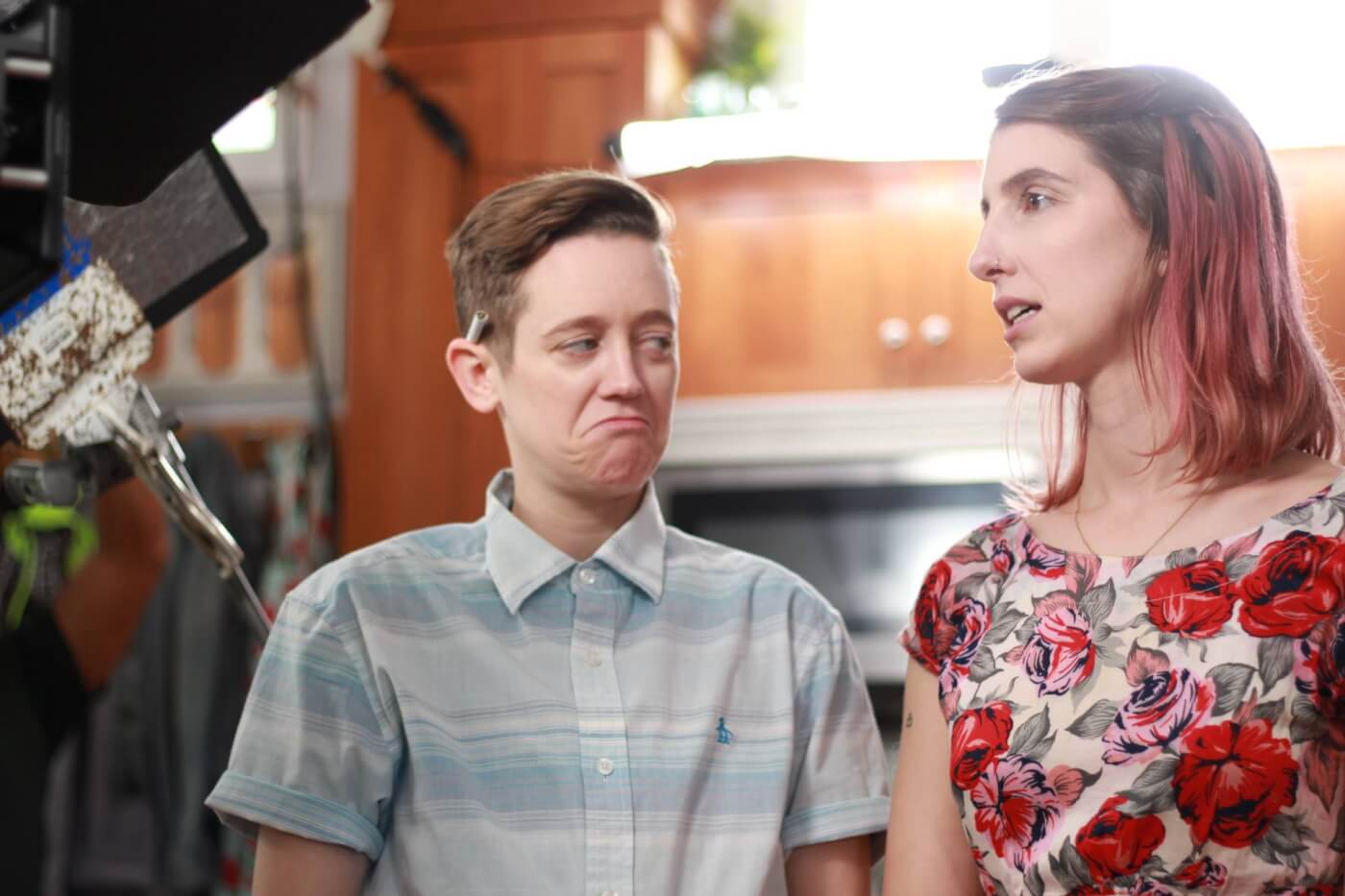 With appearances in shows like Transparent, For The People, The Comedy Get Down, and upcoming episodes of both Grace and Frankie and Broad City, Gibson has auditioned for a wide variety of LGBTQ characters. For the part on Broad City, the initial description for the role was “hot butch lesbian,” later changed to simply “waiter” after Gibson was cast in the role.

“I got to set, [star] Ilana [Glazer] asked me my pronouns,” Gibson says. “That often happens to me as an actor on set — I’ll sometimes audition for something and I’ll have a female name and I get the final script and it’s a name like ‘Charlie’ or ‘Taylor.’ With casting, some people don’t fully know what they want, especially in the new frontier of including trans and queer people in trans and queer roles. So often these scripts change or I’m asked my opinion on things. To be a trans or queer anybody is to also be an educator, so, happy to do it.”

Gibson has long been performing as a stand-up comic and improviser, getting their start in Boston before relocating to Los Angeles. Their popular character Mary Dolan is an inspired campy drag take on a goofy elderly woman who loves to hear herself talk, and as Dolan, Gibson hosts a semi-regular live variety show in Hollywood and a comedic web series, Meals With Mary. Their latest project is as actor/producer for the queer indie rom-com The Sympathy Card, in which Gibson plays a soccer player who gets cancer — and a free pass from their partner to play “the sympathy card” in order to get some last-minute sex.

“I know for me when I read the script, my face leapt because I came out initially as a lesbian many years ago,” Gibson says. “Films like But I’m a Cheerleader totally saved my life. It was just that godsend of the late ’90s early 2000s indie lesbian movies that I just love and I hold so deeply in my heart.” 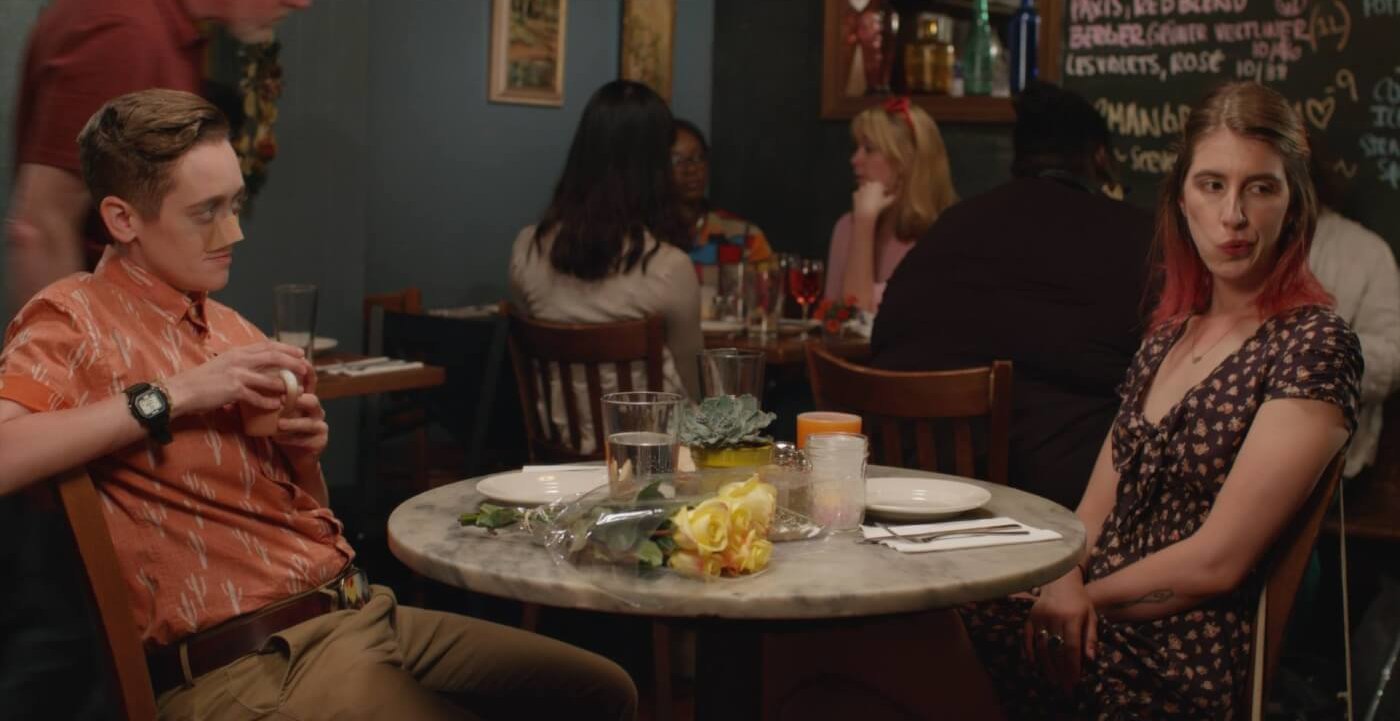 It was important to Gibson that the cast and crew for The Sympathy Card be primarily LGBTQ, women, and POC, and they succeeded, thanks in part to local film organizations and festivals.

“The crew is majority women and a third queer-identified, which is so hard to do in Boston because there isn’t such a huge pool to cast from,” Gibson says. But they utilized the Boston queer community, shooting at queer-owned spots like City Girl Cafe and Inman Oasis.

“We really tried to focus it on the real lesbian community of Boston, the one that really raised me,” Gibson says.

Gibson also loved that The Sympathy Card was wildly different from most queer-themed films that exist in that it’s not about devastating repression. 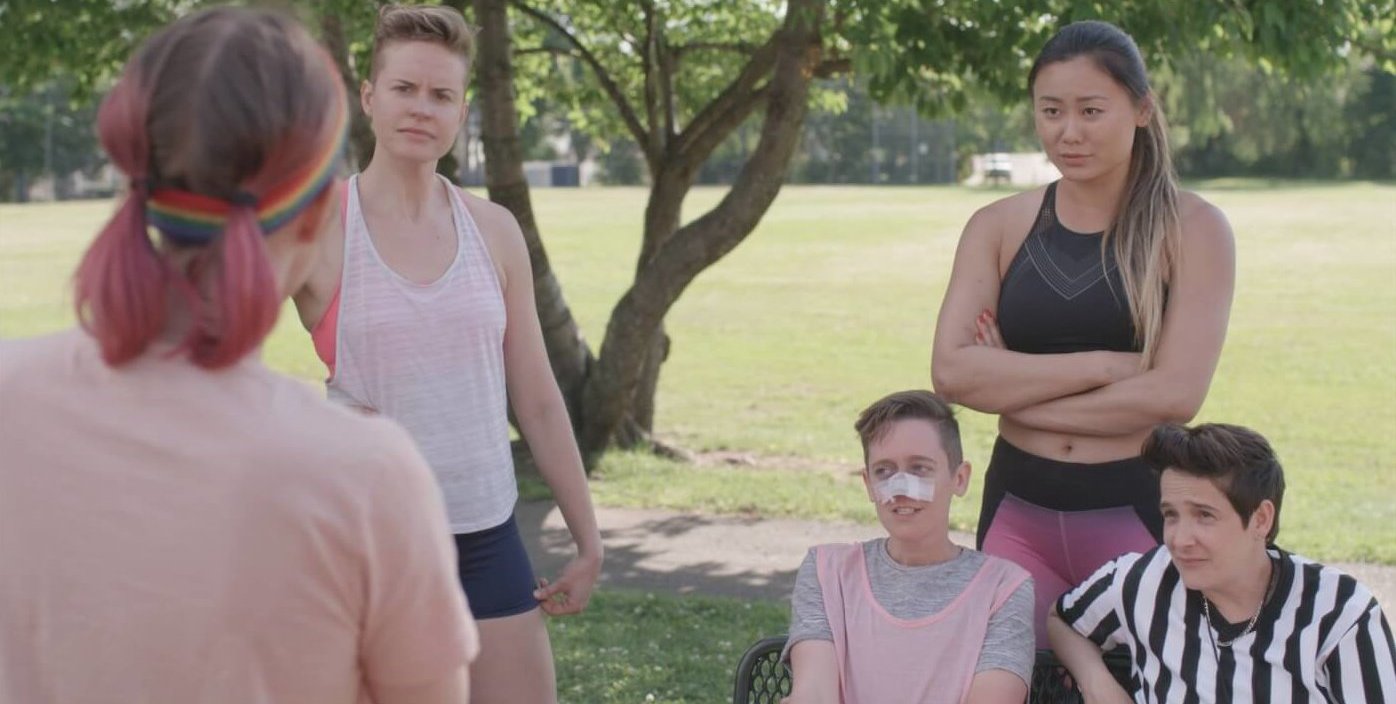 The Sympathy Card is currently looking for investors and funding through a Seed & Spark campaign, with Gibson returning to Boston to shoot the final scenes this fall. Outside of the film, Gibson is shopping their half-hour pilot about trans and nonbinary characters.

“I often write for myself,” Gibson says, lamenting they haven’t heard about any upcoming projects centering trans or MOC people outside of whispers of a potential Lena Waithe project. “Telling queer stories is about creating fully fleshed out human beings. That’s all it is. Being a good storyteller is being a good storyteller regardless.”