Like many other YouTubers, Alex Bertie started out making videos in his bedroom as a teenager. At the age of 15, he came out as trans and started to transition and decided to vlog the entire process.

Six years later, his open and honest accounts of top surgery, dating while trans, and his ongoing “quest to a beard” have earned him 16 million views and over 300,000 subscribers. He has even appeared in a video with UK charity Childline to bust some of the most damaging myths surrounding trans kids.

And he is most recently the author of TransMission, which is part memoir and part guidebook for trans teens and their families.

INTO sat down with the YouTube star to talk about his journey and what’s next for him as a role model to trans folks around the world.

What motivated the decision to record your transition so publicly on YouTube?

I’ve lost count of the number of times I’ve reached out to the internet for help over the years! When I first discovered myself, I looked to YouTube for support, but only found a limited number of people talking about trans issues.

They were there, but not as visible as the trans community is today.

There was a particular absence of young British trans people, which was especially difficult when trying to find out how to navigate the healthcare system here in the UK. I took it upon myself to fill that void, documenting everything.

YouTube can be a fantastic place for LGBTQ youth to find a community where they feel accepted. But what about the less positive aspects?

If you look at any video of mine posted over a month ago, the most recent comments will probably be hateful. The internet is home to all kinds of people, and sometimes people not within my usual demographic come across my stuff.

You know how the internet is; you start by watching cat videos then 10 minutes later you’ve made your way to trampoline fail compilations. It’s great because without YouTube as a platform those people probably wouldn’t have ever come into contact with trans issues, so even though they’ve not responded positively, they still know people like me exist!

But the possibility that my videos might help people far outweighs the negativity that finds its way to me, so I’ve just learned to ignore it. 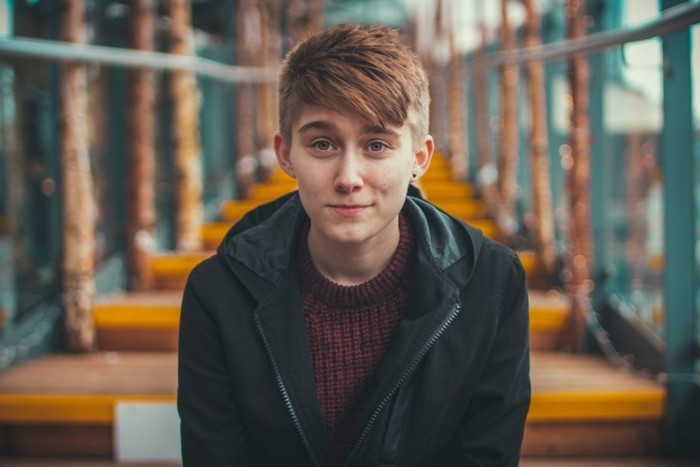 Do you ever feel the pressure to be a spokesperson or role model for all trans people?

I don’t think one person can speak for an entire community. I try to stress that I can only talk from personal experience as a binary transgender man, but if that helps the wider community too, then I’m okay with that.

Everyone will experience their transition in a different way, so I’m just trying to share everything I can in case someone’s journey crosses paths with my own.

That said, I’m proud to speak up for our community. It’s definitely a big responsibility and not one to be taken lightly. You never know how strong an impact your words will have on somebody, so I’ve learned the importance of choosing what I say very carefully.

Your book, TransMission, has been out for a few months. What has the response been like so far?

Honestly, the response has been insane. Despite putting my whole life online, I was still a little nervous for people to read the most intimate, fragile details, but everyone has been so lovely. My favorite messages are from people telling me they’ve bought the book for their parents or that reading it has given them strength and hope for the future.

Speaking of parents, a section of the book is written by your mother. How important was it to you to include your family’s experience in the book, as well as your own?

There are two sides to every story, so I knew I wanted a piece from my mum. I’d already come to terms with the fact that the book was going to include some not very nice stories about my parents, so it was only fair that she got to explain what she was going through too. Also, I wanted other parents to realize that they weren’t alone in it all, and I knew my words wouldn’t reach them like my mum’s would.

One of the things I loved about the book is that it includes practical information for trans kids and their families: a “make your own binder” guide, a glossary of trans terms, and links to helpful organizations. In your opinion, are we getting to a place where cis people are more open and willing to learn about trans issues?

Definitely! With more trans people popping up on TV and in movies, people gain that natural curiosity to learn more. Also, more trans visibility means more people are coming out as trans than ever before, because they don’t feel so alone, and so the people around them want to know how they can be supportive. Momentum behind trans issues and education will only grow, which is exciting but also exhausting. With the exposure will always come bad press and awful opinions before we make progress, but that’s just the cycle of a movement like this. If you look at historic race or sexuality movements, they all go through the same motions. 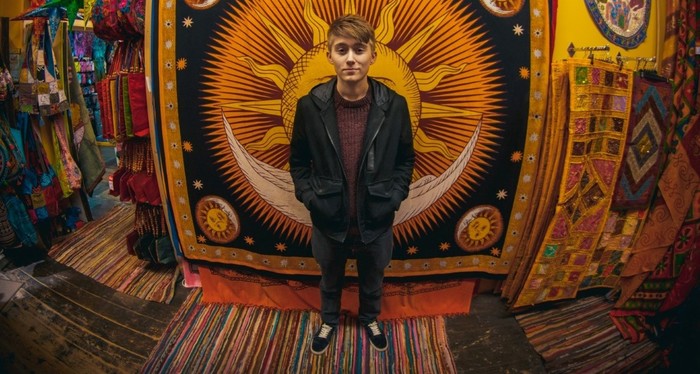 You mention in the book that in the past you would constantly compare your progress to that of other trans people. How did you overcome that?

I think that’s something a lot of trans people struggle with. At first, I found it difficult to even have trans friends, but that changed when I found a trans youth group to attend, because everyone was at different stages and we all just supported each other. There were days when we’d moan about waiting lists together, but there were also times where we could celebrate together. I got to know people so well that when their time came to start hormones or get surgery, I was more happy for them than jealous. I learned to share in their happiness, and I think that’s really important.

At the same time, I’ve often found it useful to take a breather from always putting trans-related things at the front of my mind. While you should let yourself process the emotions you’re going through, don’t let your transition completely consume you.

You’ve said that if you’d been exposed to the idea of being trans at a younger age, you might have struggled less with your identity. What would you say to people who believe that being more LGBTQ-inclusive in education is somehow “harmful” to children?

I think people with those concerns are scared of the unknown. The fact is, the internet teaches kids anything that is not taught in the classroom anyway, so it’s probably better for them to learn from a reliable, truthful, and unbiased source. The world is changing, and we need to keep education up to date to match. It’s like discovering a new planet in our solar system and not bothering to update how we teach science.

1 in 4 trans people attempt or consider suicide before the age of 21. What would you say to anybody who is struggling with their mental health as a result of gender dysphoria?

Above all, please find someone you can talk to. If not a family member or a friend, there are many helplines out there. I reached out to school counselors, my tutors, trans groups, my doctor, and even Childline. Being listened to really helps, and having someone validate your feelings can give you so much strength.

If your goal is hormones or surgery, you will get there, and trust me this feeling will pass faster than you think. The big life-changing moments can sneak up on you and happen in a second, so it’s just about keeping yourself together and waiting for your day.