“I wanted to be vulnerable,” he says of his latest work. Whereas Hawthorne to Hennepin was largely a love letter to his late brother and Coeur d’Alene explores the emotional landscape of his return from a period of chaotic moves across the country, Centuries drills down to more introspective material. “I’d never talked about body stuff,” he says, “I’ve never talked about — explicitly — living with HIV, like I do in some of the songs.” He sees it as a retrospective of sorts: “I’m turning 40 this month. I’m just looking back at 20 years — my whole adult life — with HIV, and how that’s impacted me.” 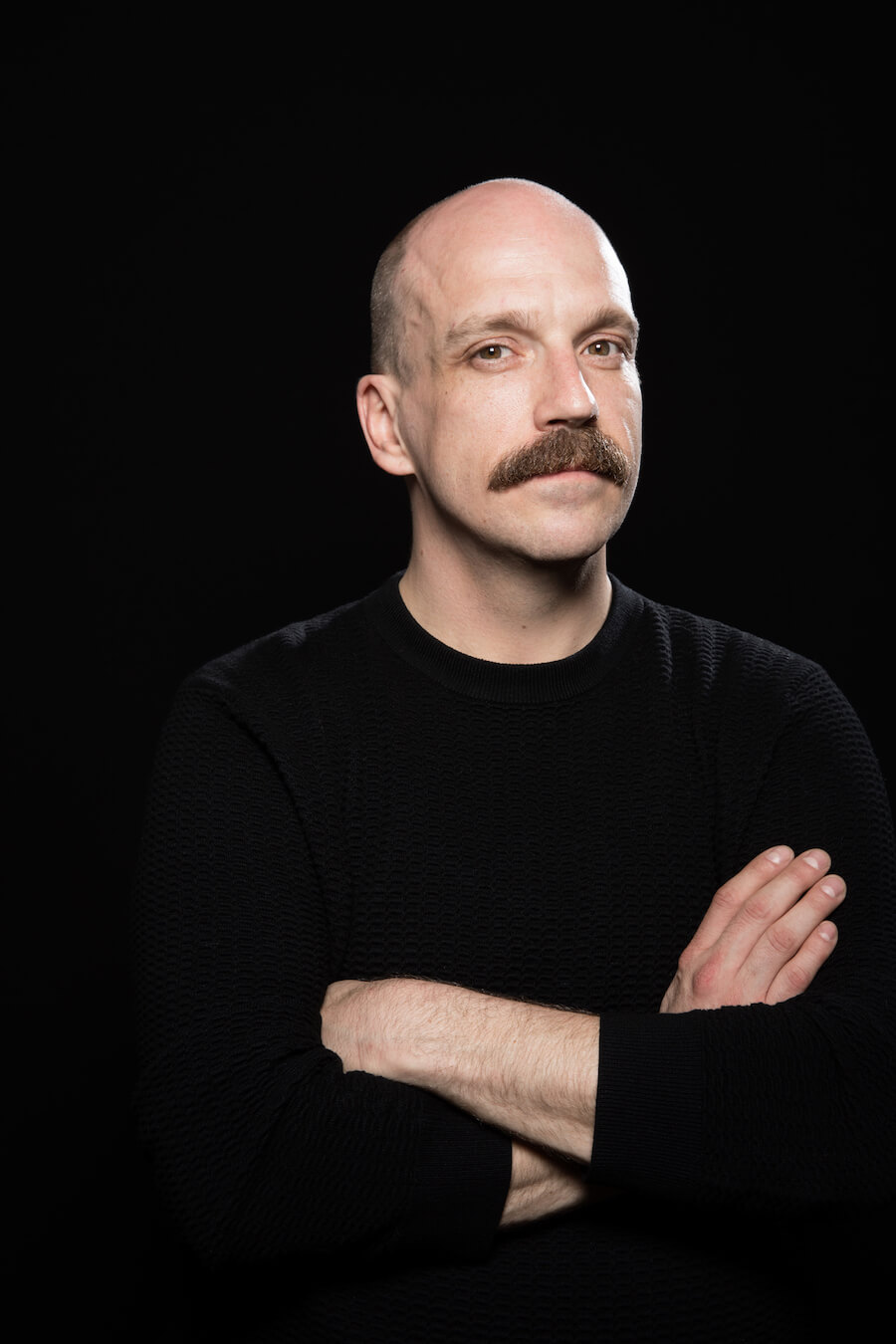 On the one hand, it’s been so long since his diagnosis that he rarely thinks about it — on the other, his breath stopped when he saw it published, for the first time ever, in a profile by American Songwriter. Given that his diagnosis came over a decade before the introduction of pre-exposure prophylaxis (PrEP), his relationship with HIV lies between that of his elders, for whom it was often a death sentence, and younger gay men, who often see the risk of infection as a non-issue. “Even though it was the late ’90s, my first thought was still, ‘Oh, I’m going to be alone forever,’ you know? ‘How am I going to date people?’ or ‘How am I going to do this?'”

But Centuries is less about HIV than it is about life in-between. He’s never felt like he fits in anywhere in the gay community, with his body, his sensibilities… “even with my music,” he says. “I don’t feel like there’s necessarily a place for what I do.”

“The Way Out” speaks to Clint’s experience, in 2012, of being “really out there” with drugs. At the time, he interacted often “with people who [were], like, tweaked out in their apartment,” who wanted to exercise some form of agency over their environment, however small. “The only control that they have in their life is, like, painting the living room for the millionth time, a different color, or, like, dragging furniture off the street, or, like, rearranging their apartment,” he says. “Great people, you know? But they’re in a desperate situation. We’re all looking for the same thing, whether it be, ‘I don’t want to feel anything’ or ‘I want to feel something.'”

The album’s title track, “Centuries,” negotiates a relationship between Clint now and a younger version of himself. “I was reading about trauma and how it’s transmitted intergenerationally,” he says. The song delves into a sexual encounter Clint had with an older man when he was 16 or 17. “The first verse is, ‘Every road and every street / you know I’ll do anything / sometimes it wasn’t up to me / with the older men I’d meet,'” he continues. “When you’re young, and you think you know what you’re doing, and you don’t, and the older people — men, in this case — don’t have your best interest in mind.” Clint sees 16- and 17-year-olds now and can’t imagine allowing them to make poor decisions with him.

“Shirt Off,” the stand-out song on the record, investigates Clint’s relationship with his body, another axis of in-betweenness. “I’ve always had body image problems,” he says. “When I was a kid [in Wyoming] and it was Shirts and Skins — and I don’t know if I even believed in God, but I’d be like, ‘Please, God, let me be a Shirt. Please, please, please, let me be a Shirt.” For Clint, the shirt represents restriction, hiding, and protection, “whether that’s real protection of just my idea or my illusion of being protected,” he says. “It’s not just about the shirt. It’s about weight, it’s about food, it’s about avoiding intimacy.” 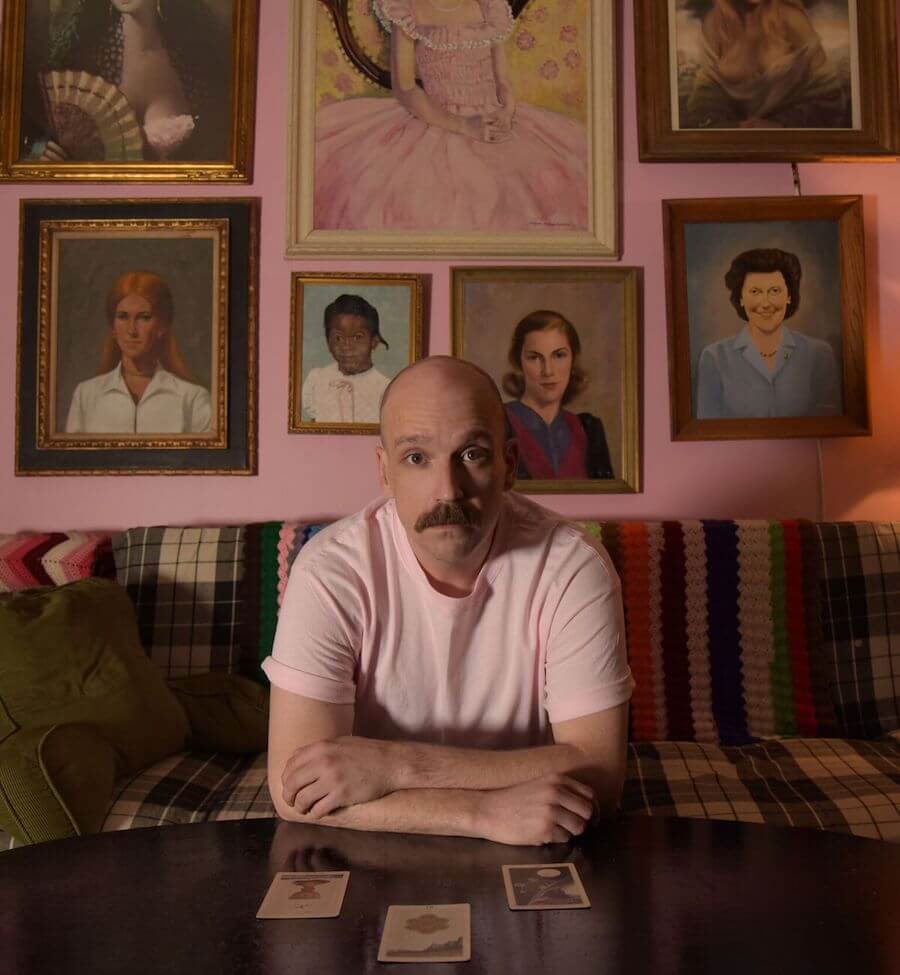 The song almost didn’t make it onto the record. “Actually, after it was recorded, and Toby Goodshank — who’s amazing — came and sang on it, and it was done, I was like, ‘Oh my God, I can’t believe that I’m doing this,'” he recalls. He kept the song because Toby related to it so much. Since the song’s music video release, he’s gotten several emails from fans who see themselves in the song. “Body shame runs so deep and it’s so powerful,” he continues. “And there’s a reason why some guys live at the gym. It’s not that they feel any more confident, necessarily. If anything, the people who I’ve known who, in my opinion, are perfection, body-wise, are super insecure, too.”

Clint’s in-person personality is sarcastic and silly, bouncy and prone to impersonation — a departure from the depth and vulnerability characteristic of his music. “For some reason, I’ve never been able to really, like — even in therapy, my therapist has a very hard time getting me to be vulnerable,” he says. “Like, I’ll make a joke. So it feels, almost out of necessity, to be able to process things [through songwriting] for me, because for some reason, I can’t– I mean, I did a kind of comedy band before [the Isotoners], and we were ridiculous. But then I always wanted to write serious songs.” His songwriting even serves as a sort of radar for the personal work he feels he needs to do: “If I write [a song], and… I feel emotional about it, I’ll know that, okay, there’s something here.”

Clint Michigan’s project is less to make space for himself, within any broader community or category, than it is to make space inside himself for introspection — “Why did I get so out of control?” is the question that drives Centuries. Though the album itself traces change — desire for change, failure to change, misunderstandings about change — through a series of explorations of the pain of living in the in-between, he sees it, ultimately, as a great place to be.

Centuries is available as a CD on iTunes, and on Bandcamp.