Slothrust has come a long way since they first started touring dive bars in New York five years ago. Over the course of three albums, the band has developed a signature soundscape rooted in heavy guitars, thunderous melodies, and jazz influences. Their lyrics are offbeat, finding beauty in metaphors and everyday imagery; “Rotten Pumpkin” and “Horseshoe Crab” populate a unique universe, which is now more distinctive and expansive than ever before.

The band is currently wrapping up their American tour before officially releasing their most recent album, Everyone Else, in Europe. They’ve been on the road extensively since they first debuted, always playing new material live to create a natural, well-rounded studio recording. Despite their busy schedule, lead singer Leah Wellbaum found the spare time to chat about the themes behind the latest album, her fascination with the ocean, and her hallucinatory relationship with music. 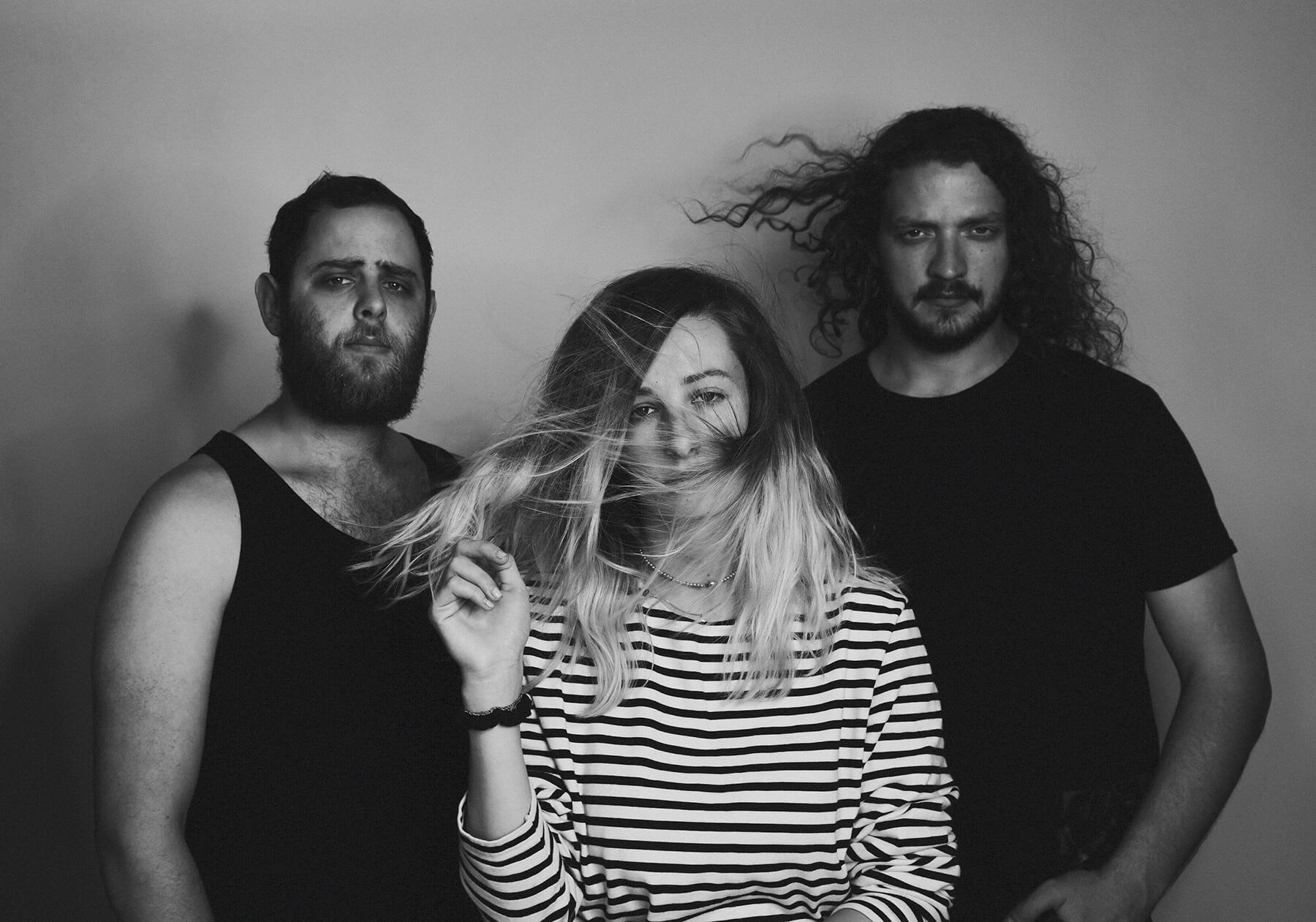 Grindr: Hey Leah, how are you? How is the tour going?

Leah: It’s going really well! We only have two more shows left, but it has definitely been a good one. It’s almost entirely sold out, so that’s always good! It will be nice to have a little break.

Let’s talk about the album. Can you tell me a little about how it differs from your previous releases?

I think, thematically, the record has more in common with itself than the others. The idea of natural bodies of water is prevalent throughout it, as well as dreams. Our previous two records, although they sit well together as a collection, were made up of material that I had sat on for a very long time, so we really just wanted to put them out there. This one was intentionally more thematic; it has a natural flow to it.

How did those things in particular become the core themes of the album? Were they deliberate starting points?

It definitely wasn’t intentional at first, but when I looked back at the body of songs I had written, there were very obvious commonalities. I think I became obsessed with thinking about water because it treads the line between tangible and intangible…if that makes sense? It makes up the majority of the planet, yet there’s a lot we don’t know about the ocean. I definitely find that exciting.

Do you have a favorite track?

I guess, if I were to pick a song on the record that is a strong representation of what we do as a band, it would be “Child Hiding Behind A Tombstone.” It involves the bodies of water, but there’s also this idea of different stages of life, which is sort of used as an analogy for the world. 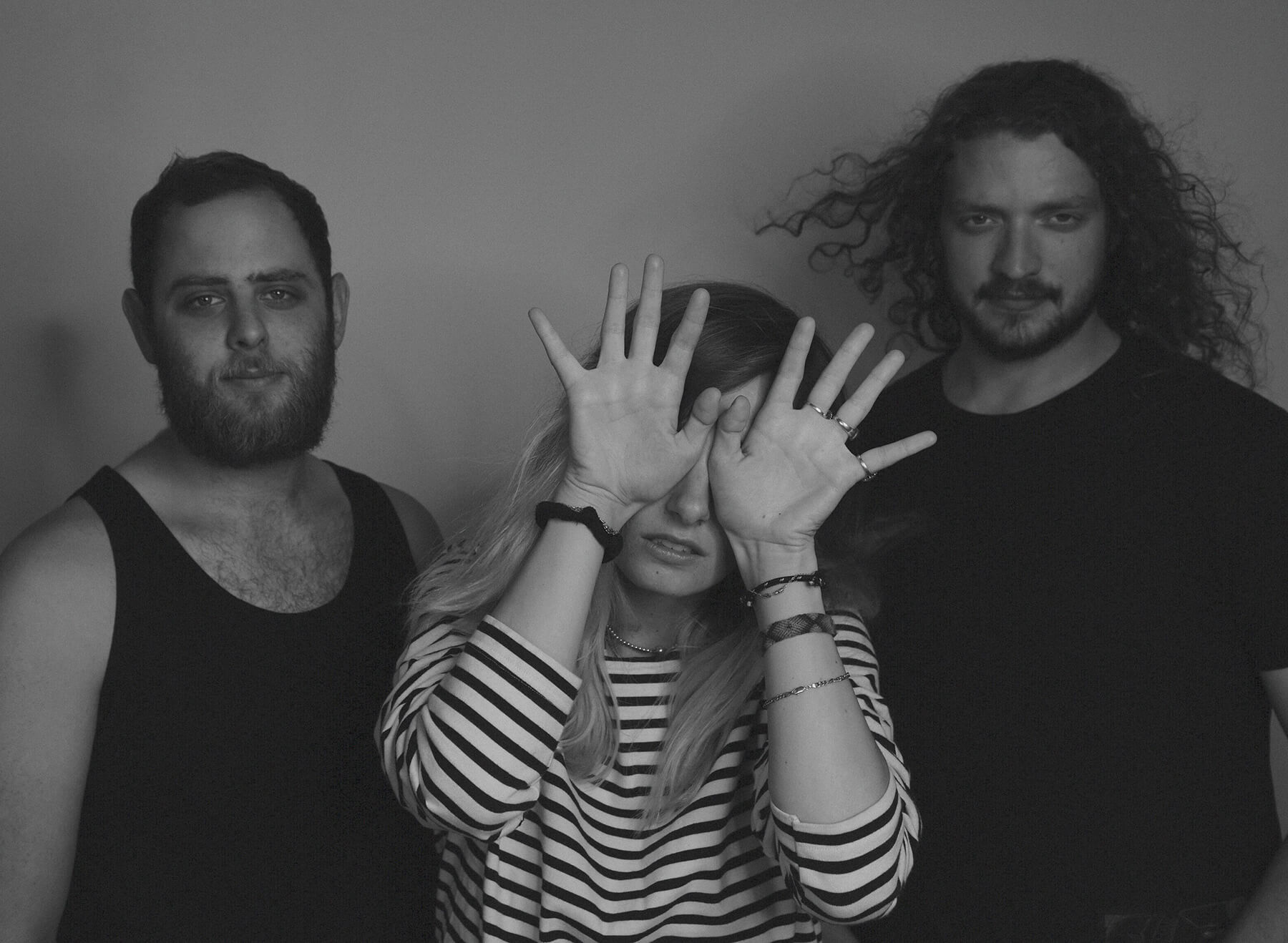 These songs are obviously really personal to you, but have you found that your relationships with them have changed as you’ve played them on tour?

Totally. That’s a really good question, definitely yes. We’re a band that likes to tour our new material before we go to the studio, and there are a lot of others that do not work that way. For us, we like to play pretty much all of our material live for as long as we can to try and get that exchange of energy between performer and audience. We see how it feels and, from there, work out what would make the most natural and compelling studio version.

So, do you play around with different arrangements and then work the final version around that fan reaction?

We play around with different arrangements in rehearsal, but not live. Generally, once we go ahead and start playing something, we stick to that arrangement. That being said, there is one song on the album, “Pseudo Culture,” that has been through four or five different versions over time. We played it out for a long time – we used to play it at double speed until we finally got to the point where it settled into a more natural groove.

What sparked the decision to release in the UK?

We’ve been wanting to put music out in Europe for a really long time, mainly because we really want to go over and play different parts of the world, outside of America. We’re very excited by the opportunity to be able to do it over there. It can be hard to make it work without having something properly released, so we’re definitely excited.

How does touring now compare to when you started out on the DIY scene in New York?

It’s different, definitely. We started out playing a lot of DIY clubs and dive bars. Then we sort of had a natural progression to where we are now, which is touring and playing in rooms that are actually full! That’s nice!

You also recently moved to L.A., has that changed the way you work?

Yes, something I’ve been doing when writing new music is composing on the piano, which is really great. I initially wrote some of the previous records on the piano too; I like starting out with an instrument other than the guitar, because it can open your mind harmonically to different things and allow you to think of ways for the songs to breathe outside of rock music. 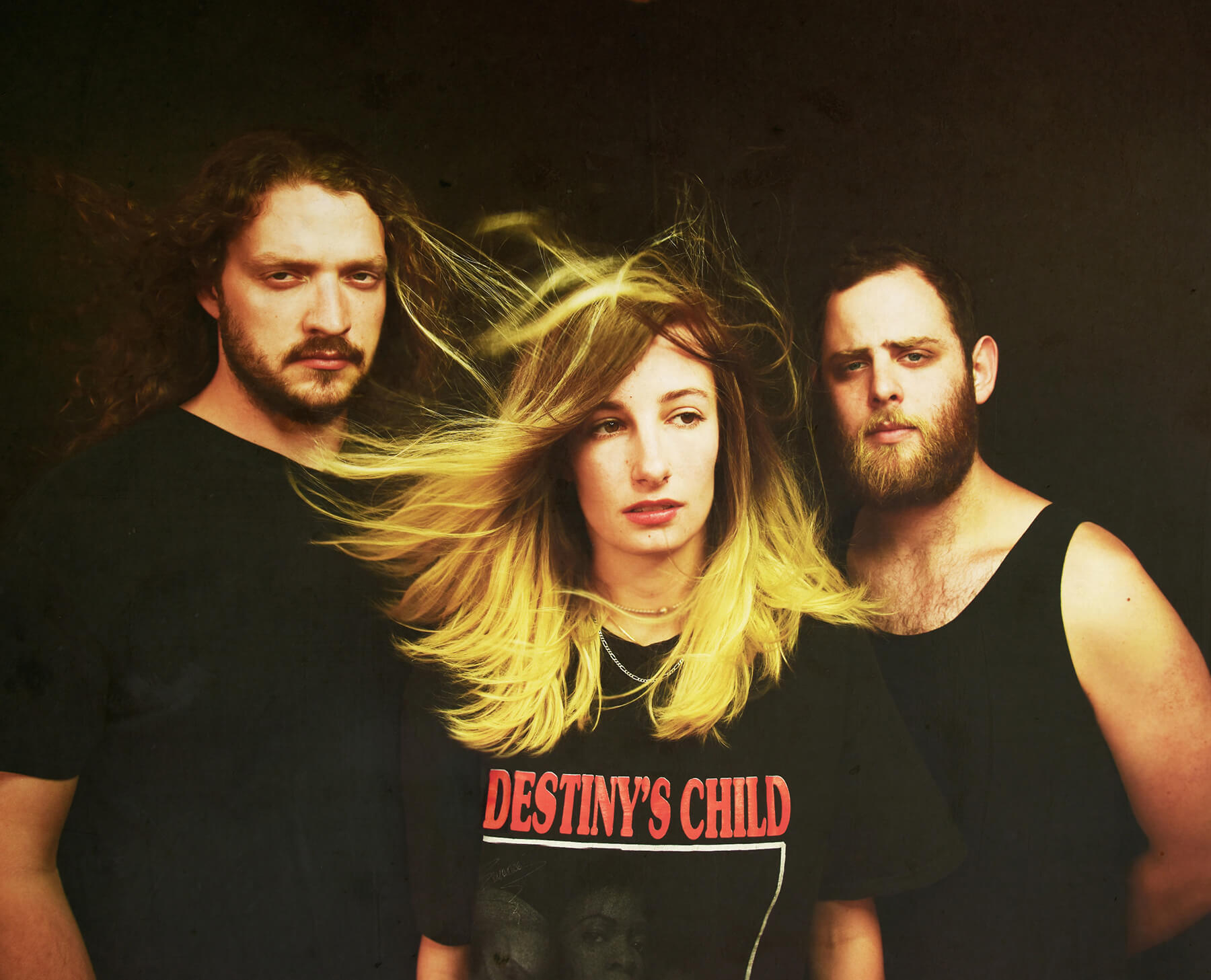 What comes first when you write – is it the melody, lyrics, or instrumentation?

You know, it’s totally all over the place! Sometimes I start with instrumentals, but sometimes it’s melody – a really great tool for me over the last couple of years has been the Voice Notes app on the iPhone. I open it all the time. If I hear a particular riff, a piano part, or a vocal melody in my head, that makes it really easy to record right away. Then I can take that and re-address it later when I have time to think about it in a more tangible sense.

Are you already writing and recording the next album as you tour?

Yes, we have some demos done already and a lot more writing to do, but we’re working things out together and seeing what feels right and what we think will make the best collection of music.

Do you still seek out new music for yourself as you tour, or do you have to shut off completely to make new work?

It depends, I go through some phases where I listen to a lot of music and others where I don’t listen to it at all. I’ve always been the sort of person that hears a lot of music in their head; I’ve embraced that ever since I was a child. Sometimes I would be trying to fall asleep, and I would hear these big band arrangements in my head and think I was hallucinating. Perhaps I was, I’m not sure! Whatever happens though, music – even if I wasn’t making music in a band and releasing it to the public, I would still be doing it in my own home. Music has always been there for me.

Everyone Else is out now on Dangerbird Records.