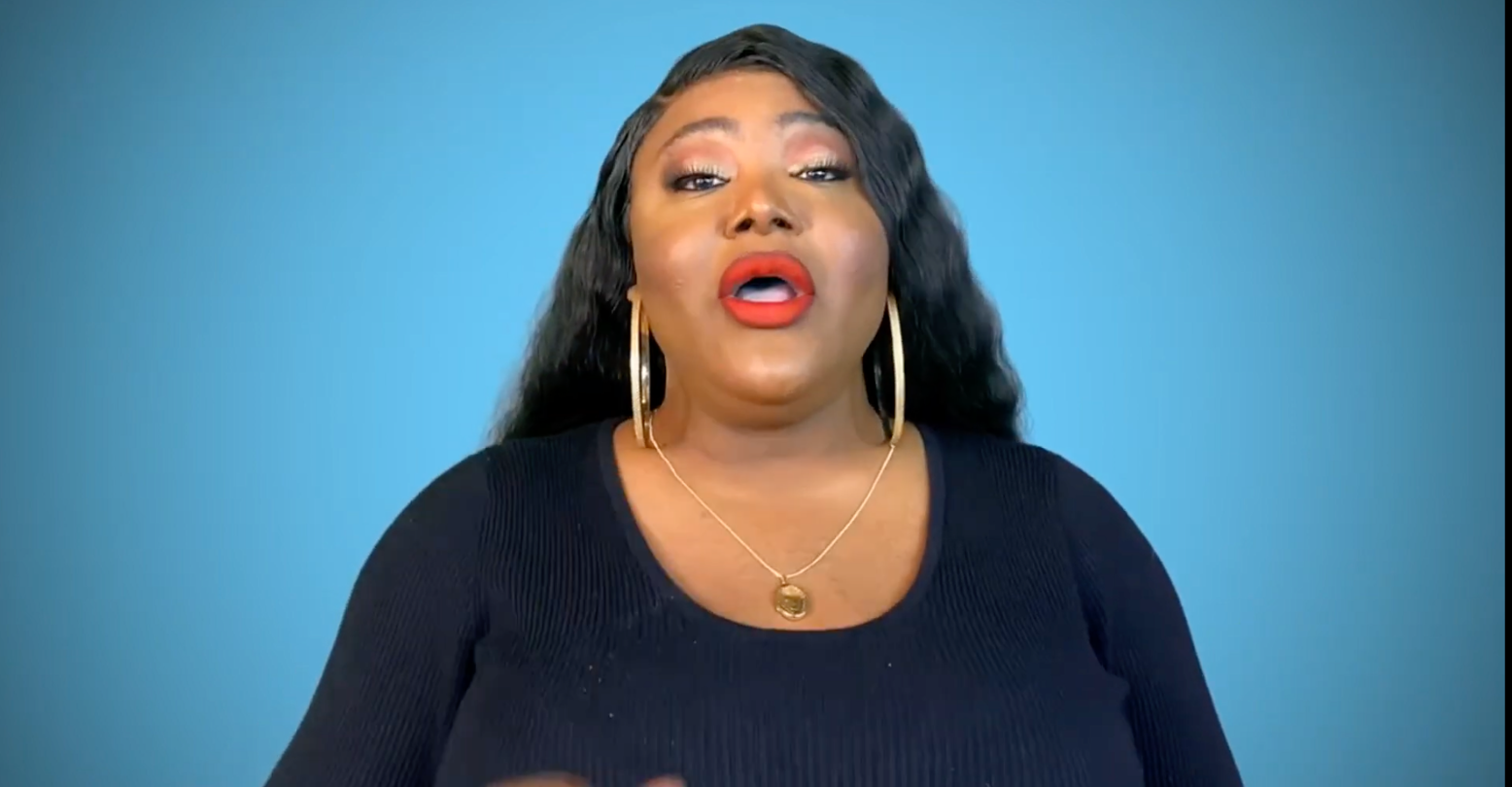 Ts Madison has had a storied career, from adult film star to viral sensation to Hollywood actress. She has been featured on RuPaul’s What’s the Tee, Drag Race, and had a web series with World Of Wonder. Earlier this year, she became the first Black trans woman to produce her own reality tv series, The TS Madison Experience. On the Hollywood front, she had a breakout role in Zola, and is set to star in Billy Eichner’s upcoming rom com Bros. While it might be tempting to frame all of this as some miraculous rags-to-riches story, Ts Madison has made it clear that she is proud of her past, and her rise to stardom was much more than viral luck.

In a new interview with the LGBTQ&A podcast, she recalls her drive to make it in the adult film industry. “I was hell-bent on me not being broke anymore in life,” she explains. This came after multiple horrific experiences in the corporate workplace, where Ts Madison was fired for wearing dresses and “confusing the men.”

Ts Madison’s viral break came when she created a Vine account and posted a video called “New Weave 22 inches” in which she was nude. She sums up the reaction like this: “There wasn’t any language [to describe trans bodies] and because people associate trans women with so much masculinity and masculine features…to those people that were looking at this, they saw a woman, but then the genitalia, they saw a penis. It was very much so like, ‘How could this even happen?’”

At the time, Ts Madison did not experience much love or support from the queer community for putting her body on display. She describes comparing herself to Laverne Cox, the more mainstream role model:

“I want to make sure that I say this, I love Laverne. I got to know Laverne. I communicate with Laverne. But it was a very difficult time to go through when she was on Time magazine as ‘The Transgender Tipping Point’ and then I’m over here and it was just, ‘This is right. This is wrong.’ When in all actuality, none of it was wrong.”

While she has moved on from that time, she has never forgotten the haters. “‘Why did you judge me?’” she asks at one point in the interview. “‘Why were you attacking me? Why when you as a queer person or a trans person understands how difficult it is to occupy cis spaces and this was my form of creating a secure space for me? …You worried about how straight people perceive you? Please.”

As for how she secured her space, she acknowledges that despite all of her hard work, it took another queer person uplifting her. “If it was not for RuPaul pressing,” she explains. “Because RuPaul was like, ‘I want her on my show. I want her in this space. I don’t care whatever pushback that you think that you’re going to give me. This is my show and I want her here.’ And see, this is the responsibility of other queer people and queens that occupy spaces, it is important when you occupy positions of power that you reach into your community and you give opportunities to the girls who haven’t been given those opportunities because sometimes you’re missing out on a gem.”

Ts Madison has never forgotten that debt, and she plans to pay it in full to the next generation of trans performers. “I’ve never come in through the front door,” she says. “Never. It’s always been either a side door, either somebody let me in on the side, either somebody crack the window, which is God. I’ve always had to find the back entrance. …Because there’s somebody else behind me somewhere, my existence will be used as an example and then they’ll be able to come in through the front door.”