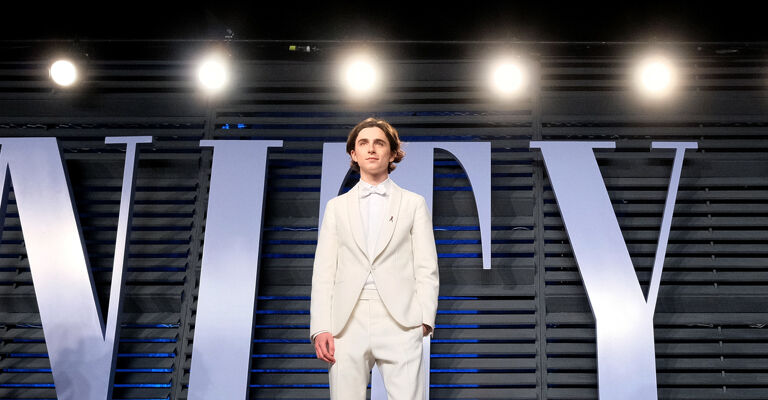 Earlier this week, The New York Times declared that we are living in the “Age of the Twink.” A grand statement indeed, and also a puzzling one; any gay man who has ever used a dating app, turned on a television or opened a magazine will tell you that we’ve been living in this apparently new ‘age’ for a long time.

According to the article, the catalyst for the trend is the success of Call Me By Your Name, a sexy, sun-drenched–and also, divisive–gay love story which captured hearts worldwide last year. More specifically, it was star Timothée Chalamet, referred to in the article as “the ultimate twink,” that really set pulses racing.

He undeniably fits the “twink” mold laid out in the article: he’s “young, attractive, hairless, slim” – but he’s also straight. Bizarrely, he’s listed alongside a mixture of “gay twinks” – like Olly Alexander, who shared his bemusement at being featured via social media – and fellow straight “twinks,” like Tye Sheridan. Also presented as a case study was, um, the entire roster of modeling agency Tomorrow is Another Day.

Yes, the fact that these men are slim, white and attractive creates a commonality, but men like these have never exactly been lacking from mainstream media. Not only that, they’ve more or less always had a monopoly on the fashion industry: Raf Simons has been championing skinny white male models for decades, and menswear’s current golden boy Gosha Rubchinskiy, whose lack of runway diversity has been criticized in the past, frequently relies on a conveyor belt of men who all fit this bill. 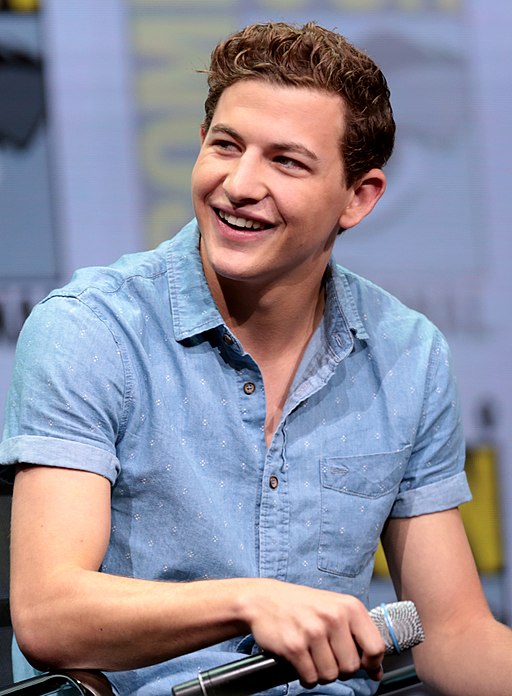 But how helpful is to lump these men together under the overarching label “twink”? Is it an example of gay slang being appropriated? Can twinks really be straight? We know you all have a lot of questions – don’t worry, so do we.

Where did the word “twink” come from?

It depends who you ask – according to some dictionaries, British gay men were referring to each other as “twanks” back in the 1920s, but most agree that the “twink” as we know it was born at some point in the 1960s. Perhaps surprisingly, some have described the term as an acronym: Teenage, White, Into No Kink, although this theory is debatable.

Some other accounts state the term derives from “Twinkie,” that delicious, pale, cream-filled snack, for pretty obvious reasons which I won’t explain in detail – I’ll let you use your own imagination for that.

It seems weird to point this out, but twinks have always existed – it only takes a flick through photographs of the Stonewall riots to see that much – but basically any conversation around gay men before the 1980s insinuated we were all either camp and hyper-feminine, or leather-clad, hyper-masculine muscle daddies being blown every night through glory holes.

Gay men largely created this representation for themselves as an act of political warfare; our sex lives were stigmatized and our deviation from heteronormative masculinity weaponized against us, so queer artists responded by replicating and, in turn, parodying gendered ideals in their most extreme guises. Some used “camp” as a weapon, performing femininity with a twist of humor and silliness; others, like Tom of Finland, drew men with gigantic dicks, swaths of body hair and provocative modifications of official uniforms.

Not only was this a tongue-in-cheek commentary on society’s tendency to emasculate gay men, it was a political “fuck you” designed to flaunt taboo sex and outrage the world’s most vanilla commentators.

Twinks were arguably erased throughout this period, but they were retrospectively superimposed over the actual queer and gender non-conforming people of color on the frontlines in 2015’s film adaptation of the riots. So probably not such a new phenomenon after all?

The pornification of the twink

On the other hand, the 1980s saw queer communities worldwide ravaged by the AIDS crisis. We know that these traumatic years galvanized activists and buoyed the existing homophobic rhetoric around “dangerous” gay sex, but academic Alan M. Klein also posited an interesting yet controversial idea in his 1993 book Little Big Men: that the crisis fuelled a desire for “healthy” looking men which spawned the “gym gay” stereotype we still see today. The book sees him speak to bodybuilders who argued that to look “thin” was to look “frail” – in other words, twinks were (and still are) fetishised in porn but allegedly deemed undesirable in wider terms.

Twinks Rise Up: Visibility and Pinkwashing

Since the 1990s, white “twinks” have either been featured prominently or referenced in basically all mainstream gay media. The models we’ve seen on the covers of gay magazines have largely struck a balance between slim and muscular–the “muscle twink” or “twunk” (no, we can’t say it without laughing, either) – but they’ve almost always been young and groomed enough to mark them aside from their hairy bear/cub/otter/[insert random animal here] counterparts.

But over the last few years, something has changed. As pinkwashing has become more and more prevalent and online media more brazen, writers have tried to take “twink” away from its queer context, and more stars have queer-baited in order to boost their following. One case in point is this 2014 article, which describes Nick Jonas as the “King of the Twinks.” Really?

Now, as our collective definitions of masculinity begin to loosen, new iterations of the term are cropping up. There’s the art twink, the femme twink and the “Euro twink” according to the New York Times – but when is ‘twink’ being taken too far?When did writers decide to start repurposing slang terms unique to minority groups and twisting their definitions without fully explaining their history?

The gay community has been guilty of this on numerous occasions – the aping of AAVE (African American Vernacular English) is just one example – but it’s worth examining when we mean “twink” and when we just mean “vaguely androgynous slim white guy.”

It’s also worth looking at the ongoing erasure of QPoC from these kinds of conversations. If we really are living in the “Age of the Twink,” what does that mean for the gay men that fall outside these standards? How does the celebration of an aesthetic rooted in whiteness fuel the already aggressive racism in queer communities? Is this not just another example of gay slang being stripped of its context and used to make mainstream media look “edgy” and progressive?