Much to the chagrin of reactionaries everywhere, the traditional family unit has evolved into something very different for countless people over the past few years. In Anchor and Hope, Spanish director Carlos Marques-Marcet turns his lens to this uniquely modern development, exploring the complications that arise when two women and a male sperm donor decide to create a child together.

Eva (Oona Chaplin) and Kat (Natalia Tena) seem happy sharing a life on the canals of London, moving their boat to a new location every two weeks to avoid fines. Everything changes one night though when a friend from Barcelona arrives and as the trio start to drink, Eva suddenly realizes that Roger (David Verdaguer) could be the key to starting the family she so desperately craves.

The next day, all three are all hit by both a painful hangover and the life-changing choice that they’ve made together. Despite her doubts, Kat still agrees to move forward with the plan, but her reticence resurfaces just as Roger begins to embrace fatherhood more readily than Eva would like. Over the course of 113 minutes, the pressure builds tighter than the narrow canals that Eva and Kat traverse together, threatening to sink their love entirely before their child even arrives in this world.

The British waterways where the majority of Anchor and Hope take place are lovingly shot by Marques-Marcet and the script that he wrote with Jules Nurrish takes equal care building the central relationship between Eva and Kat. 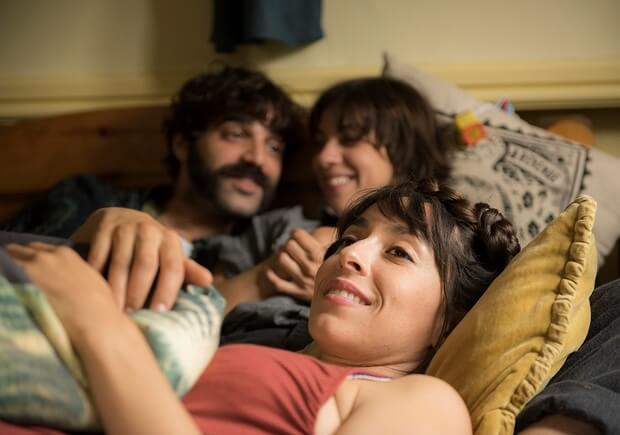 Instead of revolving around the usual LGBTQ tropes of coming out or homophobia, Marques-Marcet’s second feature anchors its queerness in a love without fanfare. Small gestures and intimate lines of dialogue build a detailed portrait of their relationship which in many ways is portrayed as any other.

This authenticity and honesty makes it all the more heartbreaking when the couple’s issues bubble to the surface. It’s difficult to pick sides though, and a huge part of that is down to the extraordinary chemistry that Chaplin and Tena share in the two lead roles.

Whether they’re having sex in the backyard or struggling to come to terms with their inherent differences, the love between Eva and Kat remains utterly convincing throughout, and it’s a shame that these two Game of Thrones alumni never shared the screen before during their time on the show.

Roger also charms with his easy-going approach to life, although it’s not long before his impending fatherhood transforms “The man who would fuck anything with a hole and a heartbeat” into a more mature, responsible figure who grows a heart of his own.

Rounding out the main cast is Geraldine Chaplin, the daughter of Charlie Chaplin, who plays her real-life daughter’s onscreen mother here. Although she’s initially portrayed as a free spirit of sorts, confrontation between her and Kat halfway through highlights the generational divide regarding non-traditional family dynamics.

When the happy couple first tells Geraldine that they’re going to create a baby with a sperm donor, Geraldine admits that “This all seems so very complicated,” and she’s not wrong, but “complicated” certainly doesn’t mean bad either.

Later on, Eva and Roger go shopping for a pram together and unsurprisingly, the assistant assumes that they’re a straight couple. While they both initially play along for a joke, Eva struggles with the fact that Roger seems more interested in parenthood than her actual partner who should have been there to experience this pivotal moment, too. 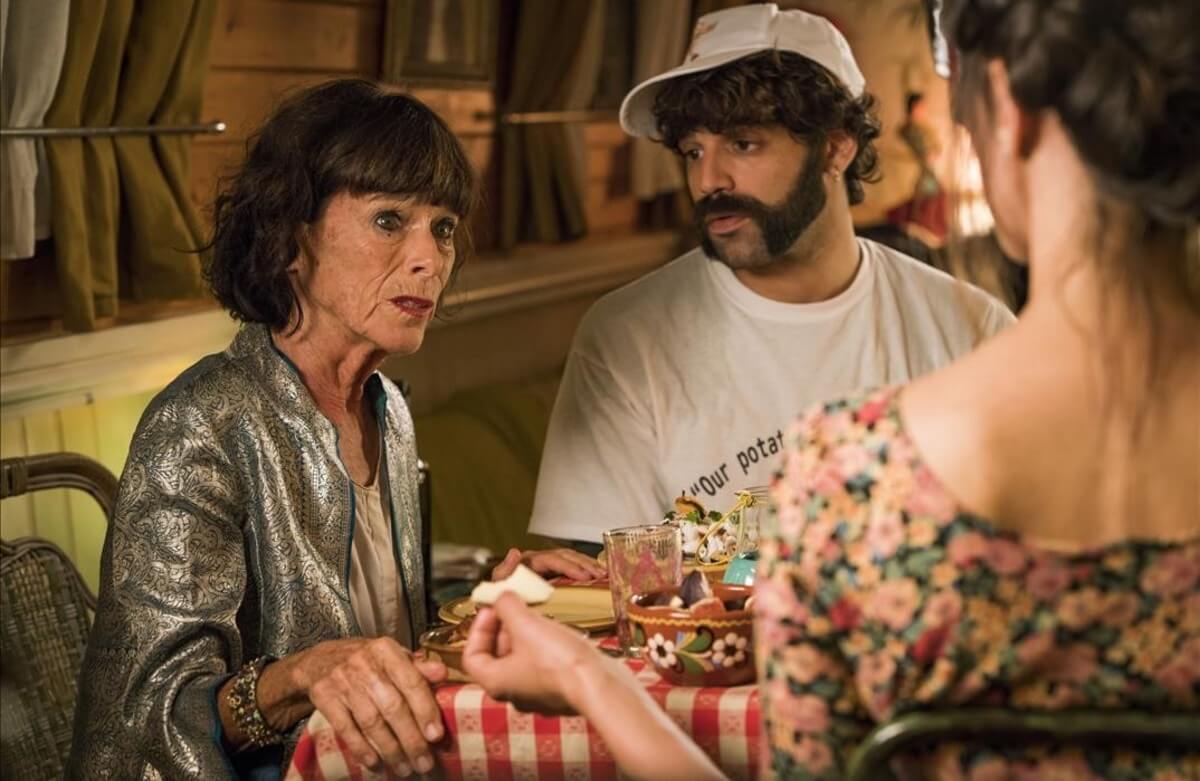 In one particularly brutal scene, Eva then reminds Roger that “You were never meant to be the father,” and this hits him far harder than he could have ever expected. This strife seeps into Eva’s relationship with Kat, too, and while some of these developments take a while to occur, it’s commendable that the script dives into the uglier side of love with such an unflinching lack of reserve.

Anchor and Hope could have taken the easy route and depicted an idealised version of motherhood within a lesbian relationship. However, the truth is always far murkier, like the rivers that Eva and Kat must cross both literally and figuratively as they navigate their relationship.

To reveal whether or not the pair find happiness at the end would spoil this beautiful, naturalistic take on queer parenting. Instead, we wholeheartedly recommend you sail into these uncharted waters with an open mind and let Marques-Marcet’s decidedly unconventional take on the traditional romcom wash over you completely.

Anchor and Hope will cruise into UK Cinemas on September 28.