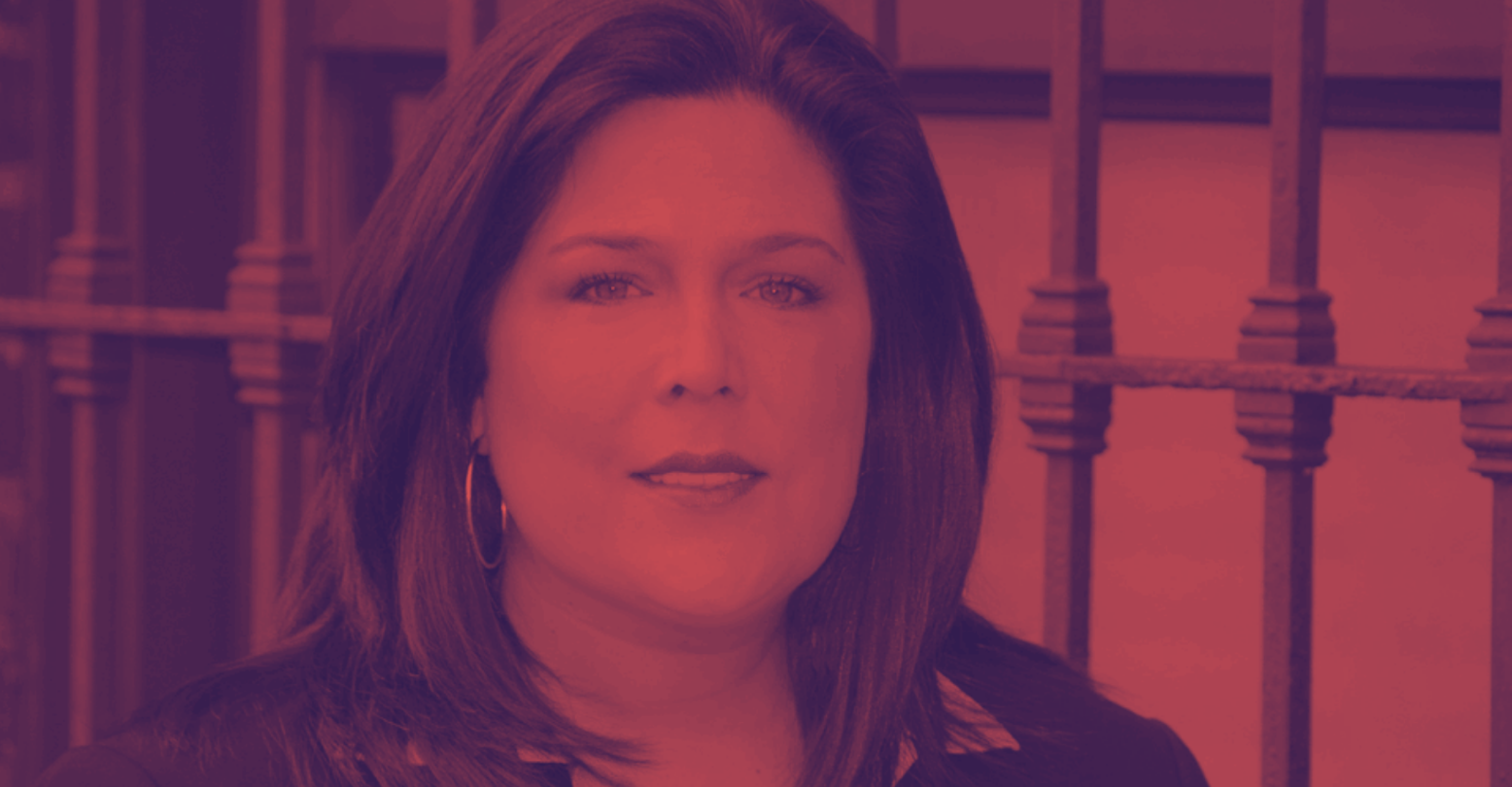 Although ‘LGBTQ’ and ‘LGBTQIA’ may be umbrella terms to cover everyone who’s not heterosexual or cisgender, there’s one group that often gets overlooked: those who are born intersex.

There is little legislation around the rights of intersex people, and precious little media representation, even though it’s believed up to 1.7% of people are born with some sex characteristics that don’t fit typical definitions of male and female.

Where there is a lack of awareness, there is room for stigma, discrimination, and misunderstanding.

For campaigners, there remains one particular area where legislation is urgently needed: preventing doctors from operating upon intersex infants to more closely align their gender identity with either male or female. Campaigners argue that individuals should be allowed to make such choices for themselves when old enough to do so.

Kimberly Zieselman [pictured top] is a writer and activist with the campaigning organization InterACT. Founded in 2006 as Advocates for Informed Choice (AIC), it lobbies for the rights of intersex children and seeks to prevent them from having unnecessary surgery.

“Some intersex traits are identified at birth, while others may not be discovered until puberty or later in life,” Zieselman tells INTO.

“For many years, medicine has viewed babies born with atypical sex characteristics as needing to be “fixed.” As many as 1 in 2000 are faced with unnecessary medical intervention at an early age – extensive, involuntary surgeries for no other reason than to make their bodies conform to traditional notions of what it means to be male or female.

“The vast majority of surgeries are not medically necessary when performed on young children and could instead be delayed until the individual can decide whether surgery is wanted.

“Some intersex people grow up without ever knowing about the procedures they underwent as children. Others report being told that surgery was necessary, only to find out later that this was not true.”

Zieselman knows this, because it happened to her.

“I have always identified as female and at birth, there was no visible difference to my body.

“Around the time that puberty would be occurring my parents took me to a doctor since I had not begun to menstruate and we were told by doctors that I had partially formed female reproductive organs that needed to be removed quickly due to a high risk of them becoming cancerous.

“I was rushed to surgery and lost the natural production of hormones that my body needs and have had to be on medication ever since.

“However I discovered years later that I was lied to, and in truth, I have XY chromosomes instead of XX and had internal healthy testes, and no ovaries, uterus, cervix, or fallopian tubes. I learned that I was born with a condition referred to as ‘Complete Androgen Insensitivity’ and actually found in my medical records evidence that the internal testes that were removed were indeed healthy and functioning, giving my body the natural hormone production it needs.”

She has since written a memoir of her experiences, entitled XOXY.

“Evidence is increasingly showing the harms of surgeries performed without informed consent, which include pain, loss of sensitivity, scarring, and even sterilization, as well as psychological consequences like PTSD and even the risk that the sex assigned will not match one’s gender identity.

“Rushing to ‘fix’ an intersex child’s bodily difference most often does much more harm than good.”

Their stance is unequivocal and consistent: countries must do more to protect intersex infants from unnecessary surgery until they are old enough to fully consent. However, despite this, such surgeries continue, including in the U.S.

There are signs things may be changing. Last year, Lurie Children’s Hospital in Chicago pledged to stop the practice of operating on intersex babies. In a first for a U.S. hospital, it also issued a public apology for the harm these surgeries caused intersex people. Boston’s Children’s Hospital in Massachusetts also announced it would stop performing clitoral and vaginal surgeries on intersex infants.

This month, in a move praised by InterACT, New York City Council passed a motion to launch a public information campaign about “medically unnecessary treatments or interventions on individuals born with intersex traits or variations in sex characteristics.”

However, there remains no legislation in the U.S. outlawing such surgeries. It usually comes down to the discretion of a doctor and the blessing of the parents.

“The practice of surgical intervention to ‘fix’ intersex infants and children is very widespread,” says Zieselman, who says it began in the 1950s in the U.S and spread to other countries with Westernized medical practices. “Intersex activists have been speaking out for a few decades, and the number of voices has grown dramatically in the last few years, with advocates on nearly every continent. This is a growing global advocacy movement.”

InterACT supported legislation (SB 225) introduced by San Francisco Rep. Scott Wiener in January to outlaw the practice in California. If successful, it would have made California the first state to introduce a ban. However, when Kimberly spoke to INTO, she was wary of predicting success.

“The medical profession, in general, is very against regulation of medical practice and the California Medical Association is likely to oppose SB 225 along with the Pediatric Urologists who have the most interest in doing these types of surgeries.”

SB 225 had the support of the ACLU, Equality California, and the National Center for Lesbian Rights, among other policy organizations, but, “The medical association lobby is powerful,” says Zieselman.

After she spoke to INTO, SB 225 duly stalled in the Senate. Wiener is considering re-introducing it next year.

A lengthy, joint statement from the American Urological Association and Societies for Pediatric Urology, issued in 2019, highlights the opposition of some in the medical establishment to legislation. It states “intersex” represents a broad range of complex conditions and blanket legislation is not, in the opinion of its members, the way forward.

“Decisions regarding how to approach patients with … any complex medical problem, should remain within the shared decision-making process that involves the family and expert medical team and thus should not be legislated.

That statement is given short shrift from another intersex activist: Sean Saifa Wall.

Wall is a Black, queer, trans, intersex man. He grew up in the 1980s in the Bronx, New York, and has since learned that other members of his family had intersex traits. However, because it was such a taboo subject, it was not talked about.

Wall believes the medical lobby is largely biased against intersex people, and in the US, at least, there are financial incentives for some doctors – often at the behest of concerned parents – to operate on kids.

Wall says the medical establishment uses language, “that reinforces that this is a disorder of sexual development.

“They say that this is so complex, so complicated, but their practices are contradictory to what they’re saying.

“They say, ‘oh, activists just want a complete ban and we can’t do that, da da da,’ but the care that people and children and their families are receiving is inadequate. The care is based on standards from the 1950s that haven’t changed that much. Also, the care is not that consistent, from hospital to hospital, from state to state, and country to country.”

Wall points to two countries he feels have made more progress when it comes to intersex rights. The state of Tamil Nadu in India has ruled against doctors performing surgery on infants to “normalize” them, instead opting to wait until they can give informed consent. Meanwhile, Kenya has set up an intersex Task Force in 2017 and, in 2019, became the first country in Africa to include questions about intersex on its census.

In Europe, both Malta and Portugal (in 2015 and 2019 respectively) passed laws banning surgery on intersex children unless a medical emergency.

“I think the position that intersex activists have is very consistent across the globe: delay until a patient can give informed consent,” says Wall.

Wall says more often than not, an adult patient will often want some body modifications, “because we live in a world that is based on certain beauty standards … people will, depending on what variation they have, want to have procedures where they feel affirmed in their bodies.” But he firmly believes this should be done when the individual concerned is old enough to make their own decision.

He also acknowledges that sometimes surgery must be carried out as a medical necessity, but is again wary of bias on this issue.

“Medically necessary is when a child cannot pass urine, right? Or there’s a condition known as cloacal exstrophy, where the bladder is outside the body. That’s a medical emergency.

Like Zieselman, Wall has experience undergoing procedures when younger that had a dramatic impact on his life.

Born with Androgen Insensitivity Syndrome (AIS), Wall was assigned female at birth, and has written about having, “ambiguous genitalia and undescended testes”.

“My mom saved me from genital surgery as a child. They wanted to do a gonadectomy, or an orchiectomy because I was assigned female at birth.”

Instead, Wall was allowed to develop without any surgery. He began to notice he was developing differently when puberty struck.

“I was starting to masculinize around puberty, and I didn’t understand what was happening, but I wasn’t hostile to it. I was curious more than anything else.”

He says he could feel his testes in his abdomen, and they sometimes caused pain, so his mom took him to a doctor at the age of 13. The doctor told his mom, “These gonads have to be removed because they’re cancerous,” recalls Wall.

At the age of 13, his testes were removed.

“Years later, I got my medical records and they were healthy testes. They were not cancerous.

“I was put on feminizing hormones after that which feminized my face and body, and you know, my body changed in ways that I couldn’t recognize and didn’t want. The body hair I had grown fell out. My hips widened and rounded. My skin softened.

“When I transitioned at the age of 25, and I started taking testosterone, it didn’t do the same thing for me as my testes would have done. And I think there’s something really heartbreaking and tragic about that. And I didn’t have an opportunity to fully consent to that.”

He also says his mother was not fully informed of the consequences of the surgery, such as a heightened risk of osteopenia later in life (which Wall now has), or that he would never be able to make use of reproductive technology to have children.

“It’s a violation,” he states bluntly. “I think intersex activism promotes medical accountability in a world where medics are not accountable. And I feel like I am fighting for a world where people can decide what they want with their bodies, and they are not violated in a dehumanizing way.

“I think we all deserve the opportunity to be self-realized and to have bodies that belong to us.”

For more information on Intersex, check these links at www.intersexequality.com and the campaign materials at 4intersex.org

It's Giving
UPDATED: Queer Charities Who Deserve Your Cash On Giving Tuesday
BY Henry Giardina