From the first organized conventions to the beginnings of crowdfunding, director Michael Sparaga’s United We Fan is a documentary that takes a look at the roots of fandom culture. Jumping back and forth between key players along the timeline of the culture, this documentary is a love letter to the letter writers going as far back as 1966, when Star Trek was saved from cancellation with the help of Bjo and John Tremble and their letter-writing campaigns.

Along the way, the film takes a look at all the creative ways fans have campaigned to save their favorite shows, the emotional connection to their favorite characters, and even briefly sheds light on the dreaded Dead Lesbian Trope by way of Person of Interest and the fans’ reaction to the death of Root, the lesbian character on the show.

When Person of Interest first introduced the Shaw and Root characters, played by Sarah Shahi and Amy Acker respectively, they were not intended to interact romantically. The CBS procedural drama was about vigilantes; a former CIA agent (Jim Caviezel) and a billionaire (Michael Emerson) who use a pattern recognition program to stop violent crimes from happening. Its focus wasn’t exactly on their relationship, however, such was the enthusiasm for the pairing, that the writers decided to chase the natural chemistry between the actresses, and the two women became an item. The only problem was the Dead Lesbian Trope was at its height, and unfortunately, Person of Interest was not above it.

“The Dead Lesbian Trope has to do with the frequency with which LGBTQ characters are killed off in proportion to straight characters,” cultural anthropologist Susan Kresnicka, explains in the film. “We see this disproportionate killing-off of gay characters. Despite the pain, and the anger and the resentment, the one good thing is that we’re having this conversation now and we didn’t have it before.”

In the past, queer characters have always been the sacrificial lamb for the purpose of a grief-focused plot. In recent years, however, the Dead Lesbian Trope has become an unfortunate norm. In 2016 alone, more than 20 queer characters were killed off big network TV shows like The Walking Dead, MTV’s Scream, and more than one CW show. Not long after The 100’s lesbian character, Lexa, was killed off, Root, too, was killed off in the series finale.

“I was sad when I learned at first,” Amy Acker told INTO of her character’s death. “I was more sad the show was ending in general because it was such a wonderful experience. I did feel like they didn’t introduce Root’s character to be a romantic interest for Shaw, so it did feel like the natural ending for her.” 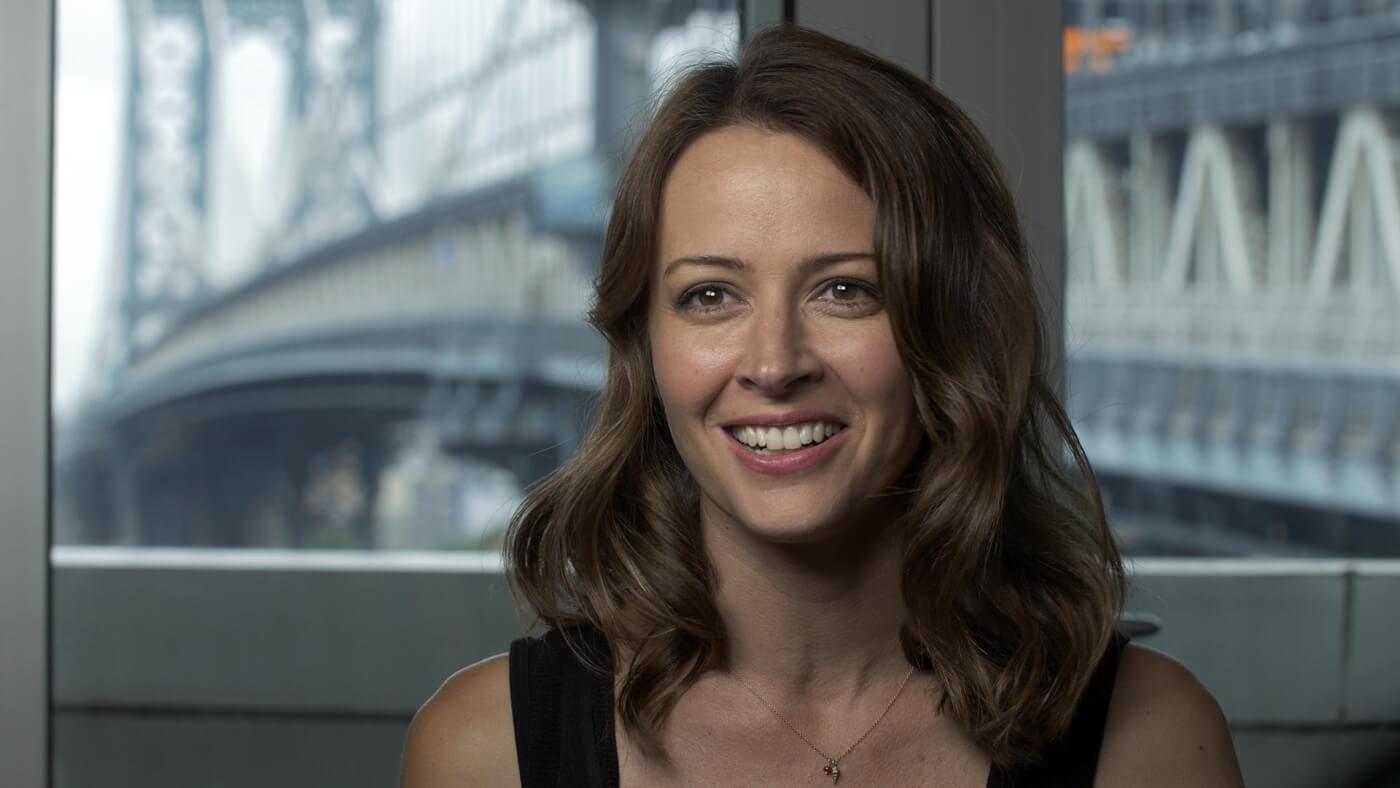 For Kaily Russell, a devoted Root/Shaw fan featured in United We Fan, the pairing of these two characters was special, and therefore the loss more visceral; that Root was killed by a bullet intended for Finch, one of the male leads, only added insult to injury.  In a surprising turn of events, two female characters were seen by fans as compatible and the creators had paid attention. Russell, whose coming out experience wasn’t altogether positive, had found something resembling her reality and it was taken away in what she deemed an unnecessary way. 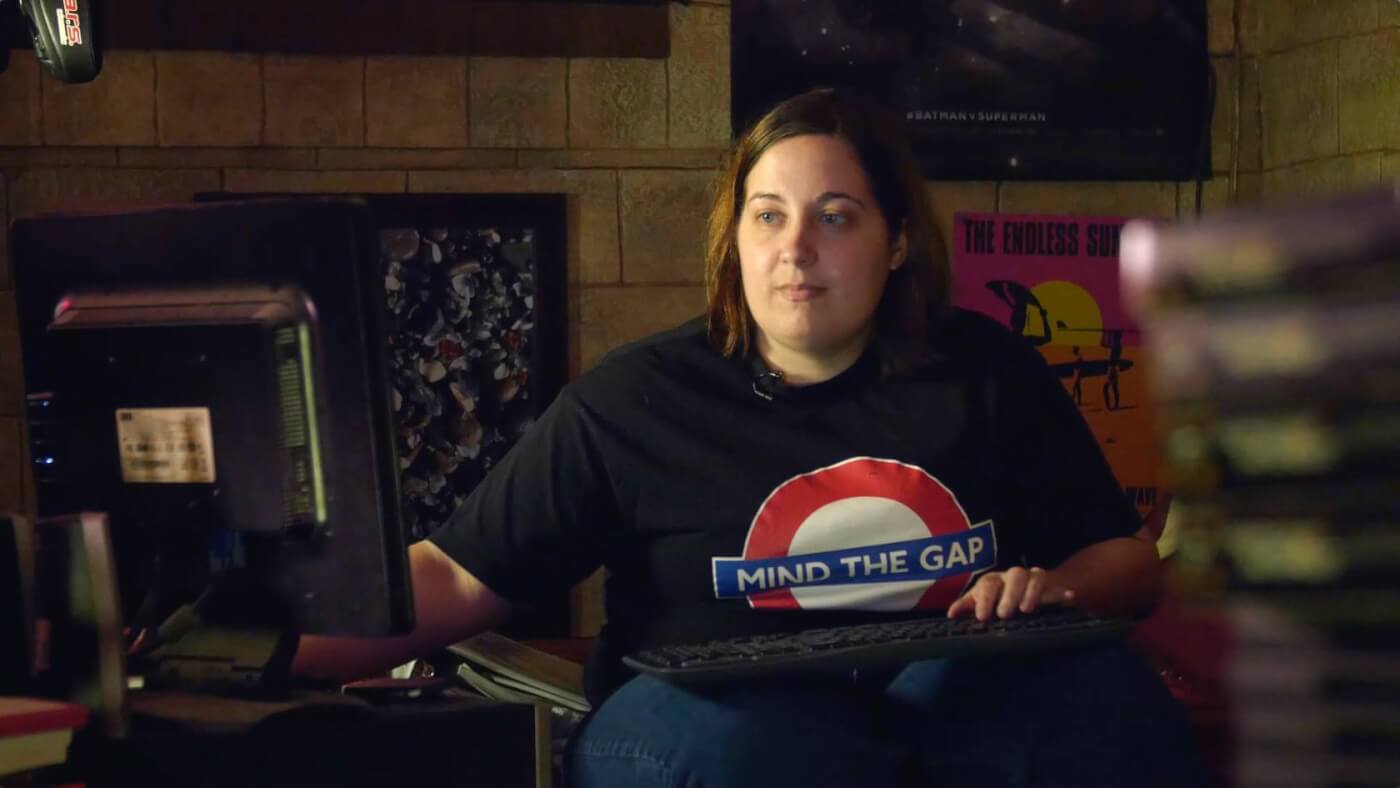 Shahi and Acker’s introduction came later in the show, first as recurring characters. Taraji P. Henson initially had a starring role in the series from season one as Detective Joss Carter, before her character was killed off in Season 3. Sarah Shahi was then promoted to series regular, followed by Amy Acker. Immediately, fans were split between people who watched for Root and Shaw, and those who wanted them gone in favor of the original male key players.

“To have such a negative part of the fandom say that those characters shouldn’t be on the show, and that us trying to save the show for that was ridiculous, and them having and go kill her character was devastating,” Russell said.

“As gratifying and excited as we are that that relationship speaks to people, we have to maintain a bit of a distance on it in terms of continuing to be able to write it the way we always felt it should be written,” Person of Interest creator Jonathan Nolan says in the film. “So it doesn’t feel like we’re trying to be manipulative or exploitative, we just write in the direction we always wrote, which is going to piss a lot of people off.” 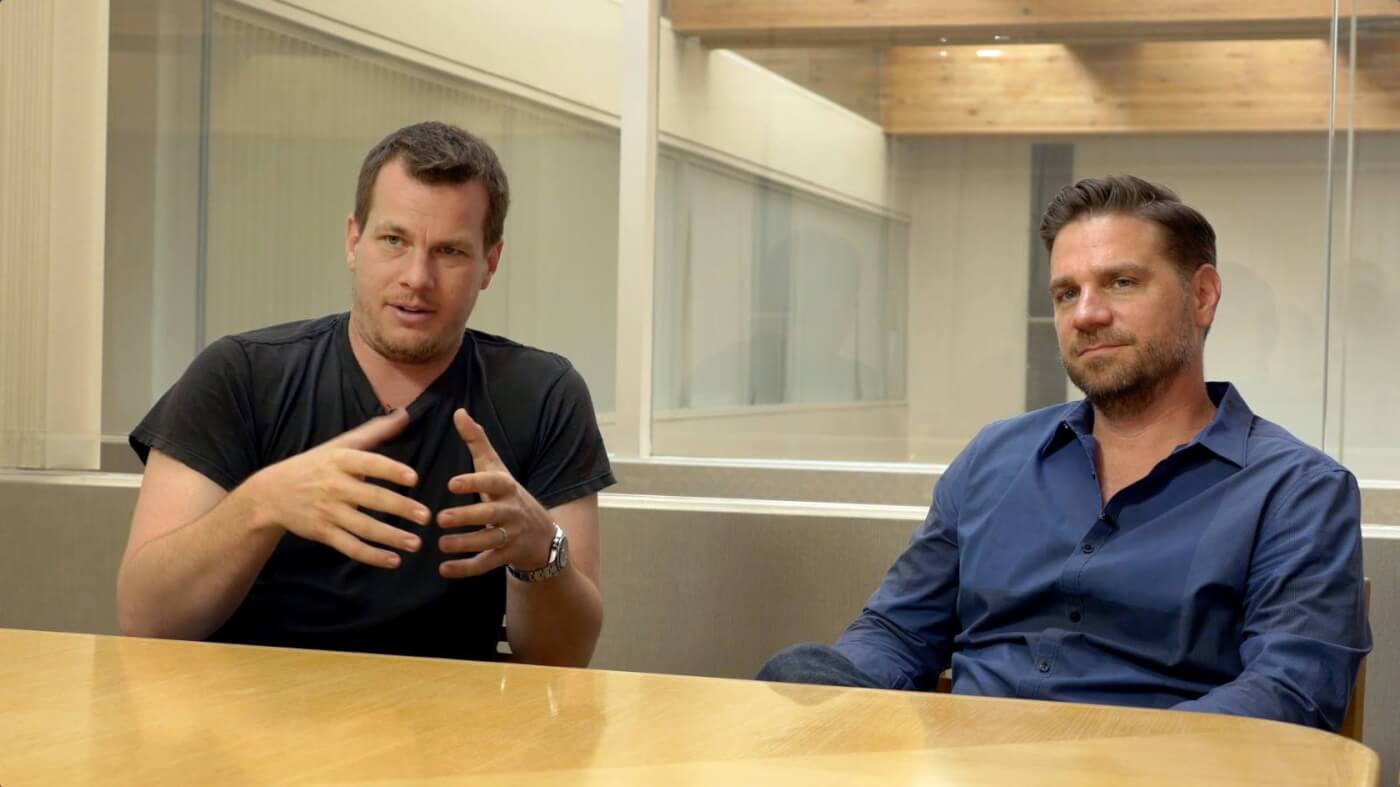 It’s more complicated than that for queer viewers, however. Choosing to depict minority groups in television shows, only to have them killed off while the white cis male protagonist lives on time after time is more problematic than showrunners like Nolan care to admit.

“I think you need to be sensitive to things that play on certain stereotypes or play on tropes that are out there,”  adds Nolan. “But if you try to design a show to avoid every TV trope, you’d have no fucking show!”

That United We Fan doesn’t shy away from these comments to make the producers look better is what makes the documentary all the more validating for anyone who’s ever loved a TV show tweet about it.

In years past, some turned their letter-writing into bigger things, such as Dorothy Swanson — also featured in the documentary — who founded Viewers For Quality Television, a nonprofit organization of viewers that focused on saving shows in danger of cancellation. The organization began with the attempt the CBS procedural Cagney & Lacey by sending letters that arrived to the studio by the pile. The attention brought on by the campaign made the ratings skyrocket and the show was saved. After being credited for their efforts by the show’s stars in various interviews at the time, Viewers For Quality Television grew from that success, hosting annual award shows, which stars of the shows the organization supported attended every year up until its end in 2000. 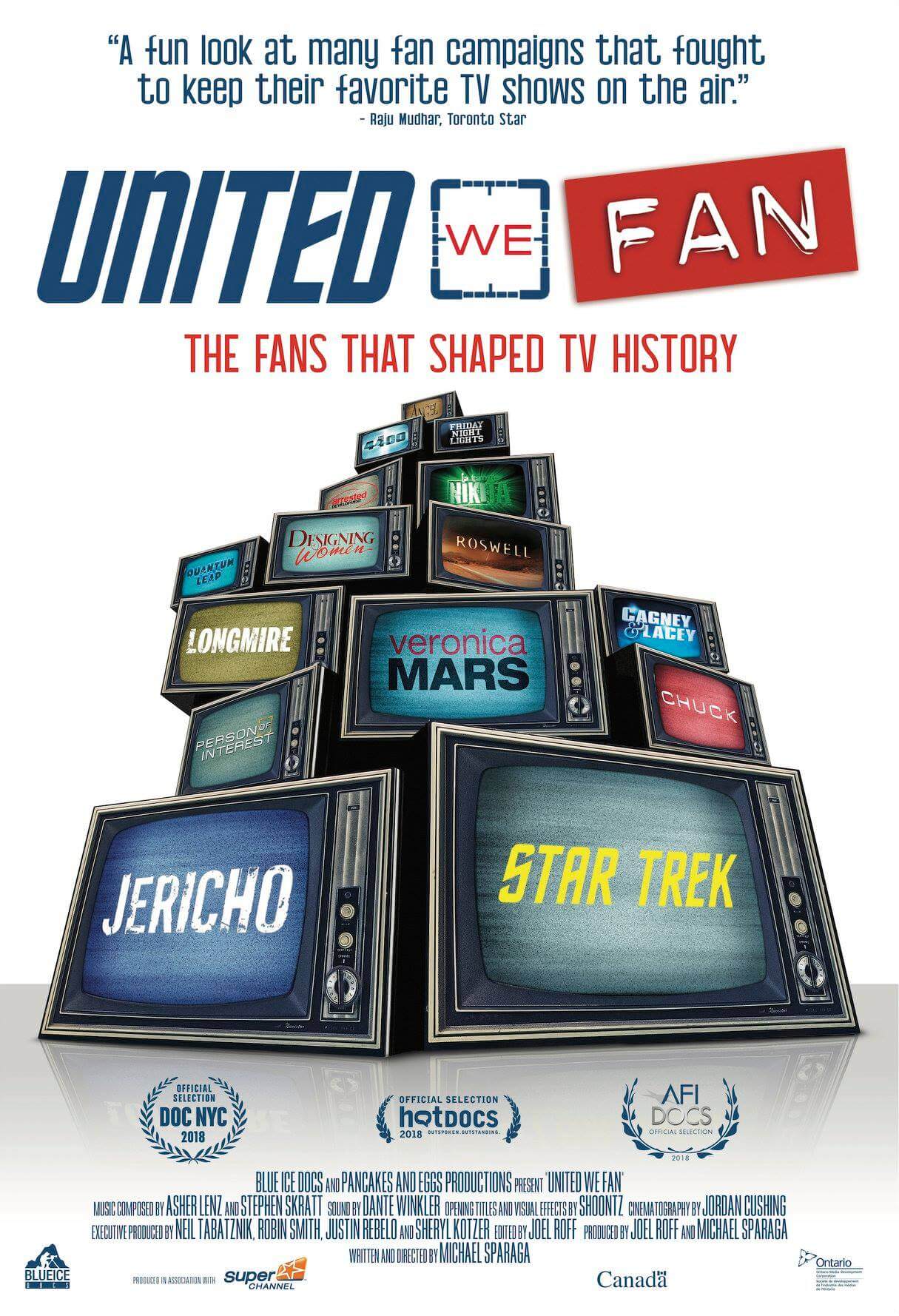 United We Fan also looks at the different ways in which fan involvement and relationships with television shows and their producers have influenced the future of certain series, some of which went on to live beyond their expected sell-by date.

The final season of Person of Interest spent a year without a premiere date, as CBS couldn’t decide on whether or not it would even bring it back due poor ratings towards the end of its penultimate season. So fans took to the internet, starting a campaign with thousands of signatures demanding its return for at least one final farewell. While CBS still kept mum about a premiere date, Jonathan Nolan was growing as antsy as the fans who actively discussed the wait online, and approached CBS about the delay.

“We decided we wanted to approach the network and say ‘Look, you’ve got your own way of handling these things, but at this point, it is a little borderline cruel to the fans,’” Nolan said.

After a year, almost to the date of the season four finale, fans got their wish and the show’s fifth and final season premiered on CBS May 3, 2016.

Star Trek is one of those rarities that not only survived the threat of cancellation but has also achieved phenomenon level and has become a legacy, seeing a number of reinventions since its premiere in 1966, however, it might have not moved past its first season had it not been for BJo and John Trimble, who organized a fan campaign to save the show in 1966.

Like Star Trek, many other shows have passionate fan bases that have benefited them in some form or another. Veronica Mars, had its post-series film funded by fans entirely, while Jericho received a final season post-cancelation that wrapped up its storyline. Fans achieved this by sending an obscene amount of peanuts to CBS production offices until they finally relented and brought back the series for an additional seven episodes; the peanuts were a callback to the show’s cliffhanger’s final line, “Nuts.” 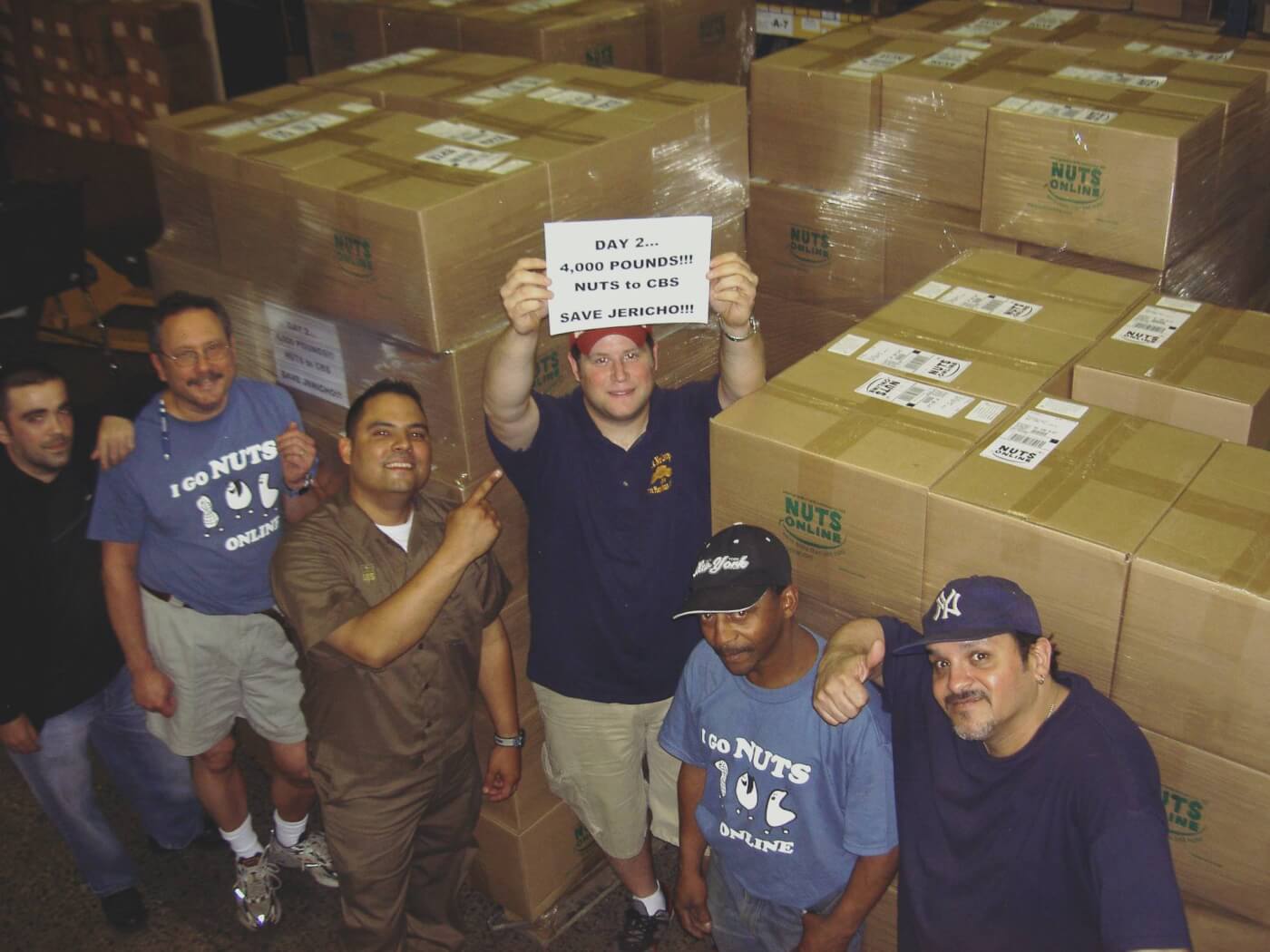 Two years after the Person of Interest series finale, Amy Acker is still asked about Root, which is a testament to her character’s lasting impact. When asked about a potential reboot of the show, in a hypothetical situation where Root is still alive, Acker has a positive vision of what Root’s alternative future might look like post-series.

“Root and Shaw are definitely a happy couple,” she told INTO. “Fighting crime — annoying each other from time to time. Well, me annoying her more than her me.”

If there’s a message in United We Fan, it’s that sometimes relationships between showrunners and fans run smoothly and sometimes they sour, but most of the time, the ones between fans and actors who portray beloved characters result in lifelong mutual respect, and that’s the relationship worth nurturing.

United We Fan will be available on VOD December 4 with a special screening in Los Angeles, November 28 at Laemmle Ahrya Fine Arts Theater, and is now available for pre-order on iTunes.