On the panel, Transparent star Trace Lysette discussed her recent tweet after Scarlett Johansson was cast to play a trans male role in the upcoming film Rub & Tug.

“What I tweeted was a knee-jerk reaction,” Lysette said. “It wasn’t against Scarlett personally. It was more pointing out the double standard. I’m not getting into rooms for cis roles. I started my career auditioning for those roles, and then I went to play trans roles. And now, I feel boxed in.”

Laverne Cox talked about her experience and reaction to Pose, a program that’s the first of its kind in terms of trans representation, especially for trans people of color.

“I sat and watched the first episode and I just cried, because I knew this talent existed,” Cox said. “It felt revolutionary. I said to myself, ‘This proves that we can do the job, that we can lead shows, that we can write, that we can direct. We can tell our own stories, and it can be brilliant. This is going to change the game.’”

Oddly, outside of Lysette who has a recurring role, no Pose stars were included in the roundtable, and this addendum gives the reason why: “Note: Creator Ryan Murphy would not allow any of the show’s stars to participate, because he doesn’t want them to do press around transgender-related issues.”

Later in the panel, Cox also talked about her fears for the trans community under the Trump administration. She mentioned that most of the progress that trans people made under Obama had been rescinded and she worries for the kids in schools that have no protections.

Jen Richards (Her Story, I Am Cait)  added that “it’s never been about the bathroom. They don’t want us to be here at all. And the reason I have hope is because we are still here. And we’re not going away. We were all children under much worse circumstances, and we are here and thriving. So the only thing that I fear right now is despair. And I hope that we are proof that you don’t have to despair.” 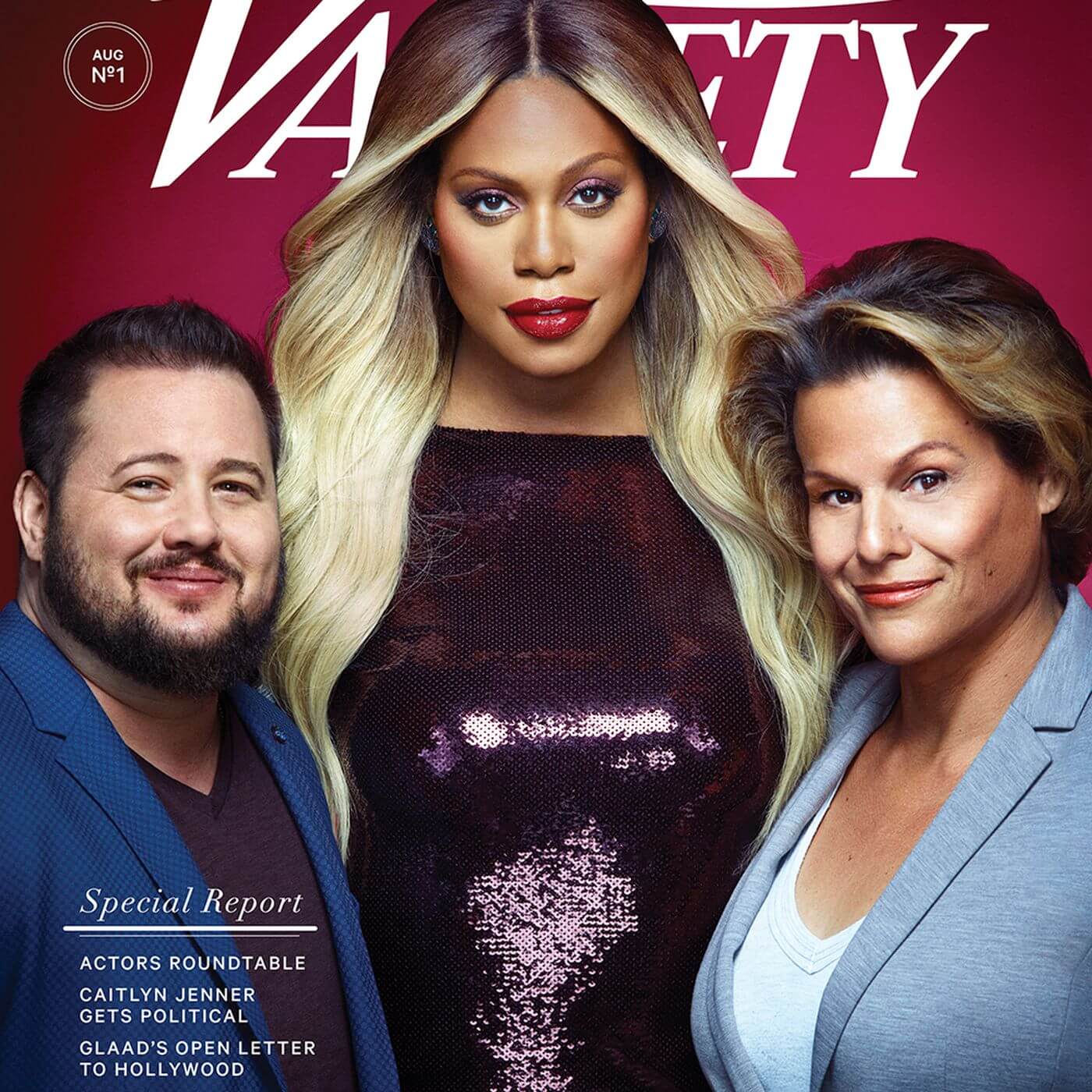 In addition to the panel, Variety also published an open letter from GLAAD and 5050by2020 that calls for Hollywood to promote trans inclusion. The letter was signed by nearly four dozen organizations like SAG AFTRA, ACLU, TIME’S UP, production companies run by Ava DuVernay, Ryan Murphy, JJ Abrams, Shonda Rhimes and Judd Apatow.

The letter mentions projects like Ellen, Will & Grace, Brokeback Mountain, Milk, and Moonlight for their depiction of gay and lesbian characters and calls on Hollywood to have a similar renaissance for trans characters.

“We believe that we are at an unprecedented cultural moment ­­— a moment when we can ask Hollywood to use its power to improve the lives of trans people by changing America’s understanding about who trans people are. We want to help you tell our rich and diverse stories ­ and we need your help to do it.”

You can read the full trans actor roundtable and learn more about the open letter from GLAAD and 5050by2020 at Variety.