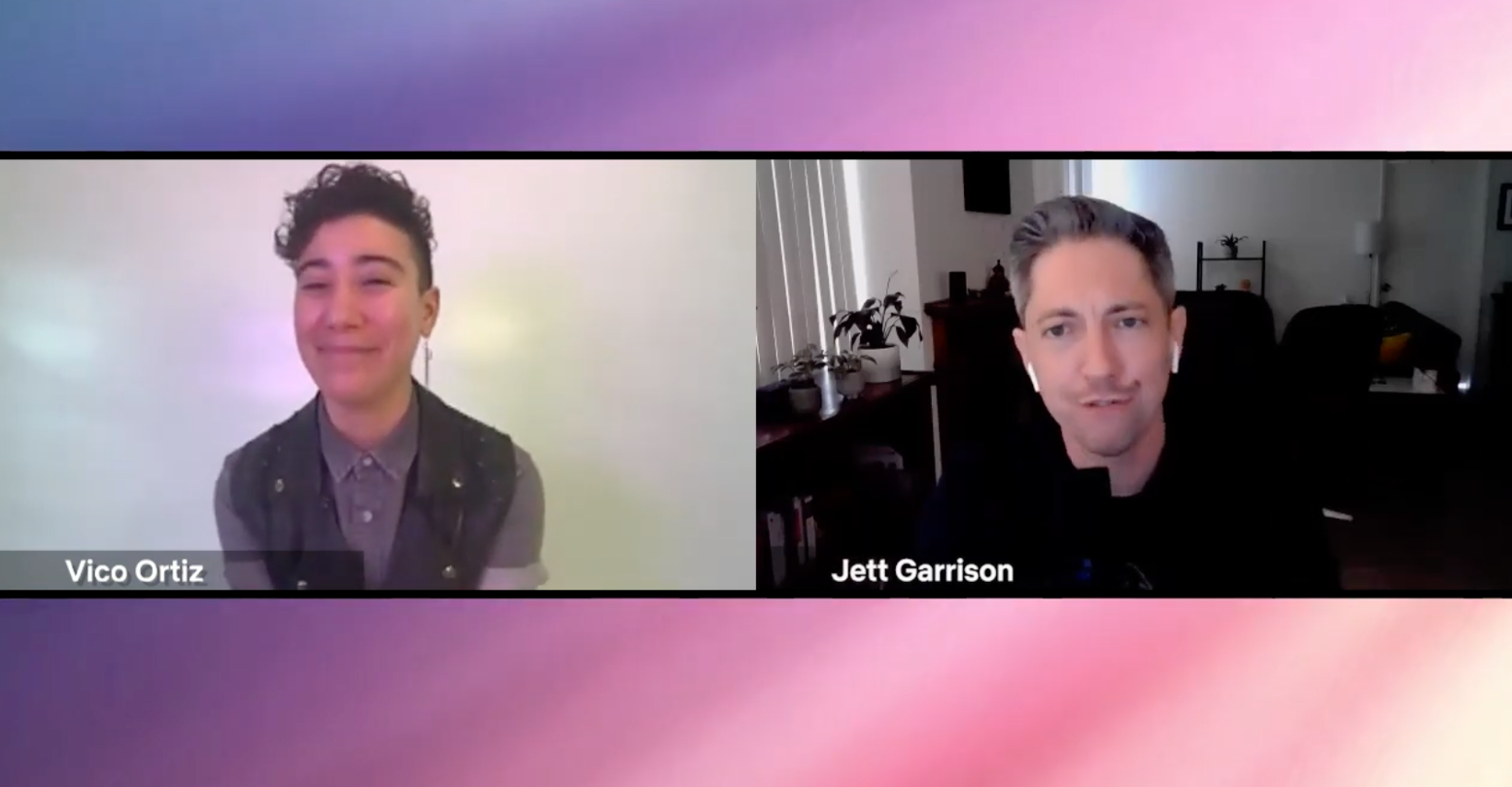 If the name Vico Ortiz (they/them – Elle/Le) doesn’t yet ring a bell, you just may be late to the party; but fear not, because you’ve probably already seen the Latinx star’s undeniably charming face in most of your favorite queer TV shows.

First widely recognized for a guest appearance on Amazon Prime’s Transparent, Ortiz—a proud and out nonbinary actor—needed but one episode to win the hearts of the hit show’s largely LGBTQ+ audience. Their breakout performance as Cindy rightfully earned Ortiz a string of guest spots on the decade’s hottest queer shows. Appearing in small parts that left the audience wanting more, Ortiz fulfilled guest features in the likes of The Fosters, Criminal Minds, Jane the Virgin, Starz’s Vida, and American Horror Story: 1984.

Following their standout performance on a certifiably queer Ryan Murphy original, Ortiz is knighted into queer television royalty alongside the many out actors who have dared to answer a call from the hysterically infamous Glee creator. Slowly but surely, Ortiz’s familiar face has snuck into the mainstream industry with one-time performances.

Yet, Ortiz’s untapped potential for recurring roles is only now being recognized in 2021. It was back in February that Ortiz was nominated and favored to win a Queerty Award for their work as a regular character of the popular digital series These, Thems.  Fresh off a first-time nomination and the disappointing loss that followed, the non-binary actor has scored another regular role in an even bigger series.

Set to portray Sergeant Valencia in Amazon Prime’s upcoming series S.O.Z.: Soldiers or Zombies, Ortiz returns to the platform as a star. More than that, the previously-undercast actor elevates the opportunity to be a series regular by claiming ownership over a portrayal of Sergeant Valencia that is uniquely theirs.

“I was like, why can’t a nonbinary person exist in this job?”

In the post-apocalyptic zombie-filled sci-fi horror that is Soldiers or Zombies, Ortiz’s Valencia is a nonbinary soldier and righthand sergeant to the show’s prime antagonist, Colonel Murdoch. For what appears to be Ortiz’s biggest television role yet, the non-binary star will be bringing parts of their own genderfluidity to the screen; a character detail suggested by none other than Ortiz themselves.

When first cast, Ortiz distinctly recalls thinking of ways they could bring depth to the portrayal of a loyal soldier like Valencia, “I was like, why can’t a nonbinary person exist in this job?” Upon having the realization that Valencia could be non-binary themself, Ortiz also takes it upon themselves to address some misconceptions viewers might have regarding the character’s confirmed gender identity, “Whenever someone’s like, there’s a nonbinary character, the industry immediately says things like Oh, androgynous, white, thin, and whatever. A nonbinary person isn’t necessarily androgynous and doesn’t need to act a certain way or behave a certain way, they just are. [Valencia’s] arc has nothing to do with their identity. They’re just simply the same way that every other character exists.”

Being non-binary and Lantix themself, Ortiz isn’t too shy to claim their own underrepresented gender-fluid identity as the inspiration behind Sergeant Valencia’s queerness, “I mean, obviously, I’m queer. So I was like, Let me just go ahead and sneak that in there somehow.” As it turns out, the white, cis-male dominated field of science fiction happened to be the perfect platform for introducing a non-binary character; a profound discovery Ortiz recalls having because of a podcast,  “I was listening to this podcast, and it was in Spanish, so I’m going to translate it in the best way possible. [It was about] how all activism is science fiction, because we’re manifesting, we’re presenting a world that doesn’t exist yet.”

While Ortiz certainly has their hands full using notions of science fiction to break boundaries on television in Soldiers or Zombies, the call to stardom waits for no one. With the nonbinary actor on a steep upward trajectory, the rest of 2021 has plenty of promising projects in store for fans of Vico Ortiz.

Aside from landing a role alongside Fred Armisen in HBO’s upcoming Our Flag Means Death, Ortiz plans to put more time into their blossoming drag career as the drag king Vico Sauve. Easily, they cite Martin, Marc Antony, and Bad Bunny to be inspirational figures for the likes of Vico Sauve. It was through channeling these famously feminine male celebs as Vico Sauve that Ortiz eased comfortably into embracing their own femininity as a non-binary person, “Truly, it was like tapping into the power of my femininity through my masculinity.”

Living outside the binary on screen and off, it’s safe to say Vico Ortiz is most definitely a queer icon in the making.