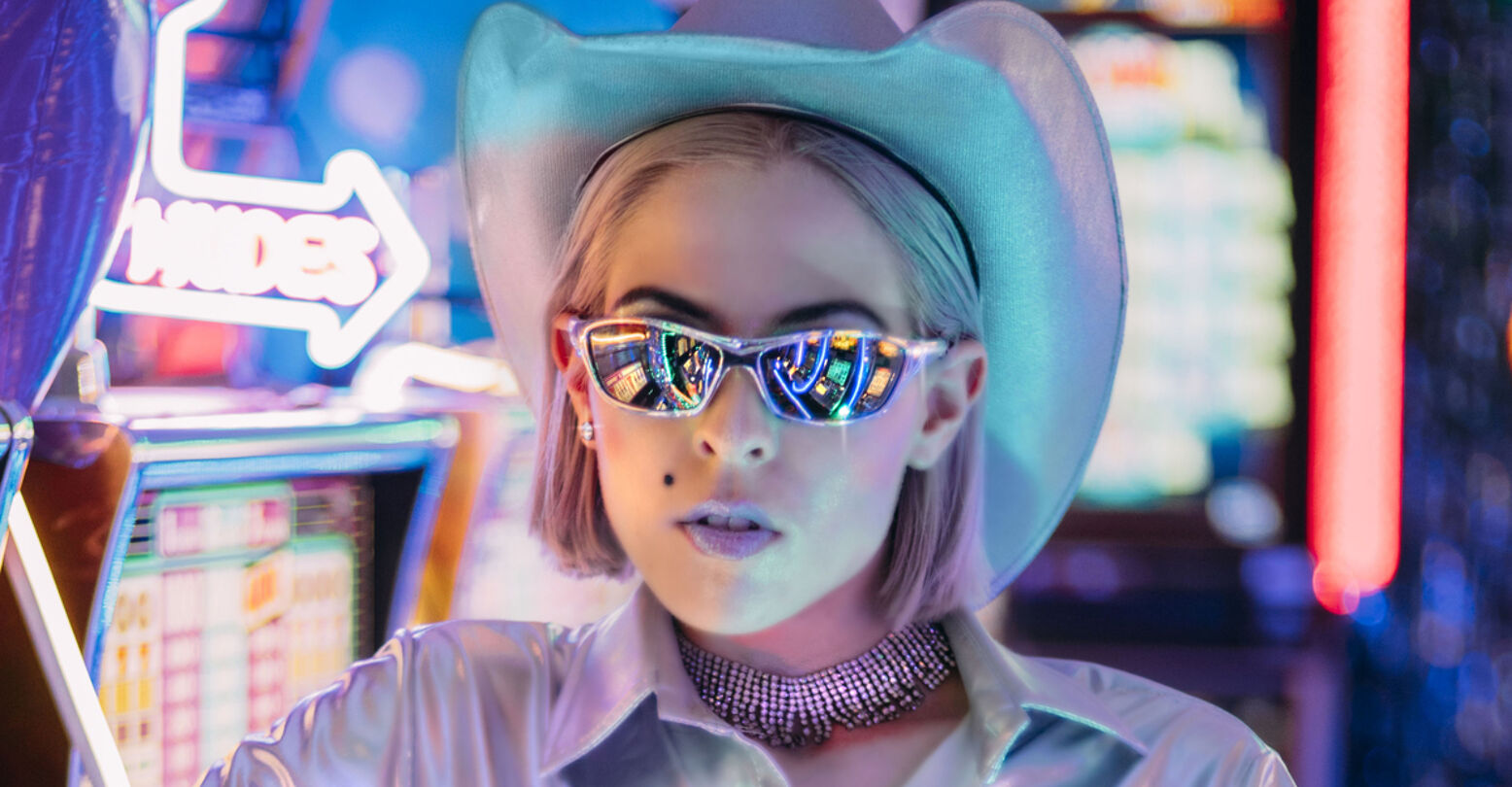 In their latest video “Jackpot,” premiering exclusively on INTO today, queer pop prodigy Dorian Electra goes all in with a neon-soaked Vegas joyride full of loose slots, Showgirls-on-acid looks, and drama at the craps table.

The Texas-born artist and singer has been making songs and videos since 6th grade, and over the years they’ve perfected a singular style of educational pop that puts a smart, sexy, visually striking spin on culturally resonant issuesfrom women’s reproductive rights (“Control”) and gender non-conformity (“2000 Years of Drag: A Musical Odyssey”) to the celebration of female anatomy (“Clitopia”).

In a recent conversation with INTO, Electra talked growing up in Texas, doing drag before even knowing it was a thing, attending a high school that had a gender-bending day, and shooting “Jackpot” with parents Paul and Paulawho also join in below to share their experience raising a non-binary child.

Get lucky with “Jackpot” above and stay tuned to Electra’s Instagram and Facebook for more new music soon.

You grew up in largely conservative Texas. What was it like coming of age as a queer person there?

I was actually really lucky to grow up in a super liberal part of Houston and also I went to a school (School of the Woods Montessori) that was super open and accepting (even hippie-like in certain ways haha). Our school was super small (like 83 kids in the whole high school) but we had a trans student, openly gay/bi/lesbian students, and a lot of gender non-conforming things going on in general, including an official “gender-bending day” during freshman spirit week and other amazing stuff like that. So I never really experienced that classic conservative Texas repression, but I was definitely aware that it surrounded us on all sides. 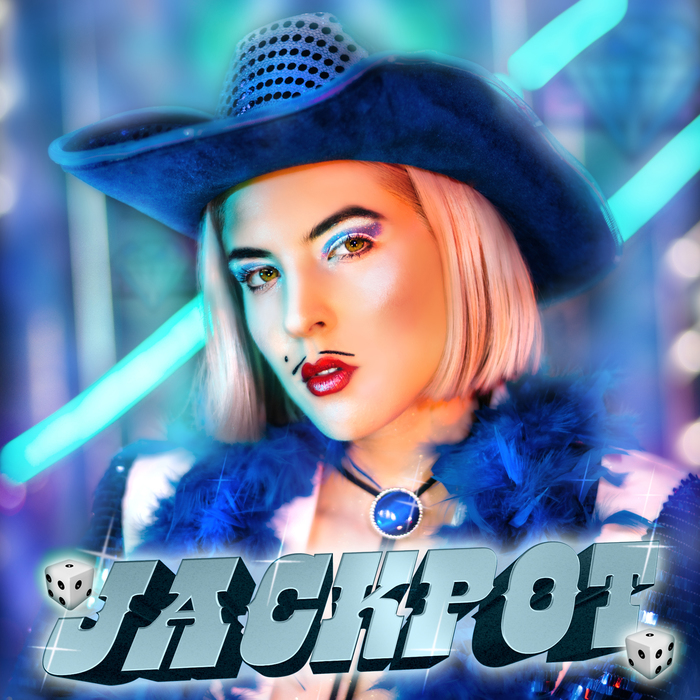 What was your early creative life like? How’d you get started doing all the things you do now as Dorian Electra?

I started making videos with my friend Elizabeth in 6th grade (age 11) because she had a video camera and was kind of a tech whiz. We made some MTV parody videos and a musical puppet show about Andy Warhol and Claude Monet for art class, among other things. Then in 9th grade, my best friend Clara got a laptop with a built-in webcam and iMovie and we started making music video tributes to songs we loved by our favorite bands and uploading them to YouTube.

One of our fan music videos unexpectedly got a ton of views and positive feedback, and that really helped encourage us to make more! Then I started making music with friends in high school (especially my friends Chris and Will), and Clara and I started making music videos for my original songs. We also made videos and/or songs for every school project we could, so I started getting a lot of practice condensing academic material into a short musical form. I also did musical theatre from age 11-17, which was hugely influential as well!

Tell me a bit more about Dorian Electra. Are they more of an alter ego that comes out to perform, or are they just you living your truth full-time?

Dorian Electra is definitely me pretty much all of the time, just a little more amped up ;). She/he/they are changing/growing all the time. 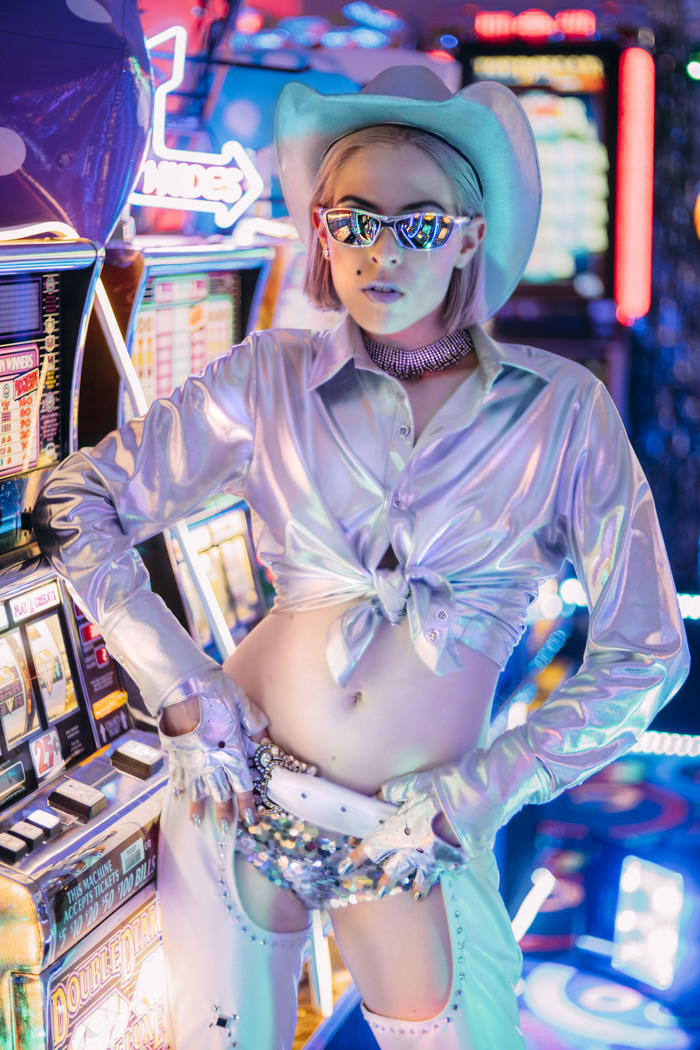 You make educational yet super fun and catchy pop songs about issues like intersectional feminism, gender nonconformity, and reproductive rights. What appeals to you about pop music as a medium for these messages?

I love pop music because it can be accessible to anybody and it has the power to get in your mind and really stick in a powerful way. The lyrics we hear on the radio over and over again can become a subconscious mantra (which can be sometimes good, sometimes bad) and can affect us in ways we don’t realize. That’s why I think it’s so important to be thoughtful about the messages you put into pop music and be mindful of the tropes you might be perpetuating or consciously trying to defy.

With the educational music videos, I wanted to create something that could appeal to people on multiple levels (aesthetically, musically, and finally content-wise) so that it has the chance to pull people in who otherwise may not have given the topic the time of day.

Can you walk me through your process of creating a song from start to finish?

Funnily, when I’m coming up with a song, I usually start with the music video concept in mind. (Pretty backwards for most people!). I like to think about which words, hooks, stories, etc. would make for an interesting video. Originally for “Jackpot,” my music producer Andy Milad and I had made this instrumental demo and I had some temp lyrics that were much more generic (about having a crush on someone you’re not supposed to), but I didn’t think that would make for a super interesting music video.

So then my partner Weston Allen (who co-directed and edited the video) came up with the title “Jackpot” and the whole Vegas theme for the video flowed from there (a theme we’ve been into for years), making it super easy to write the rest of the lyrics. Same goes for my more educational videos. First I think of the overall concept like “oka music video about the history of drag, that would be great. A music video showing vibrators throughout history, heck yes” and the rest follows from there! 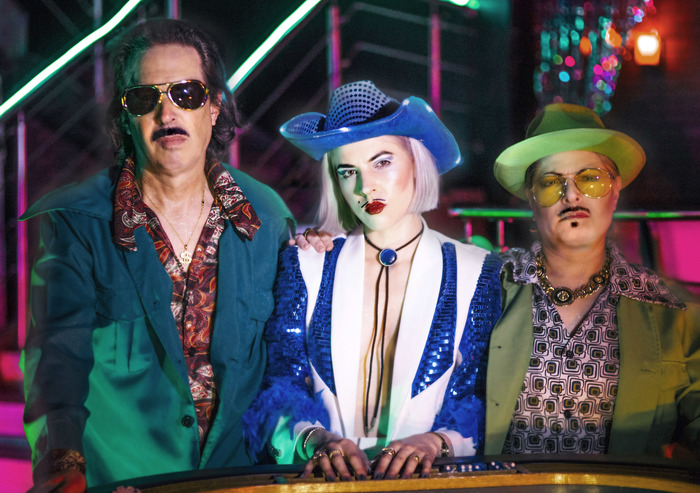 You actually made that music video (“2000 Years of Drag: A Musical Odyssey”), and it was amazing. How has drag influenced what you do?

I’ve learned so much from drag and my friends who are drag performers, especially in Chicago. The best parts of drag are the freedom and creativity of expression mixed with camp, comedy, fashion, performance art, social/political commentary, and to top it off the SKILL and effort that goes into it I aim to incorporate all of these things into my work and I find drag hugely inspiring.

The drag communities almost everywhere I’ve visited (like NYC, LA, London, Miami, Berlin) have been so welcoming. I just got back from a month-long tour in Europe and about 1/4 of the shows I played were at drag nights. I’ve also been doing drag since I was a kid without ever knowing it. And later I created a whole web series with my partner Weston and my dad where I play a used car salesman named Don Bogman (all before I ever knew about the term “drag king”).

Pop songs about reproductive rights and gender nonconformity have felt especially timely this past year. What are some other topics you’d like to tackle going forward?

The new stuff I’m working on now addresses gender fluidity, but in a more subtle, less explicitly educational way. I think part of my larger project is to help normalize gender non-conformity by being a pop star who doesn’t necessarily dress, look, or act like most strictly femme pop stars do. Obviously a lot of my looks incorporate hyper femme elements, but I think of myself as ‘flamboyantly masculine-feminine’ (like Liberace for example haha).

Your parents appear in the “Jackpot” video in drag, and they’re obviously completely on board with what you’re doing. Were they always this supportive?

I’m so lucky that my parents are so open and amazing! From a super young age, they let me pick my own clothes (which in the early days often consisted of leggings, sneakers and my dad’s Beatles t-shirts). They both supported my menswear clothing phase in high school and have loved all of the weird personas and characters I’ve created. They let me be me (and I was a pretty weird kid).

I didn’t do great in school, I wasn’t into sports or other “girly” activities, literally all I wanted to do was watch TV. My dad took me to see the first Austin Powers movie in theaters when I was six years old and it quickly became my favorite movie (which I think explains a lot about me, in that I really identify with Austin Powers and thought his character was actually supposed to be “sexy” lol). That’s another thing-my parents didn’t really censor anything on TV for me, so I got exposed to a lot of “adult” things on TV and concepts like homosexuality, but they would always help explain things and talk to me about them instead of pretending they didn’t exist.

Both my mom and dad always provided a safe space for my friends who were figuring out their identity, and they were very encouraging. For our junior prom, my mom helped dress my high school best friend in drag for the first time, lending him her clothes, doing his makeup, and helping him stuff his bra (which he also borrowed from my mom). 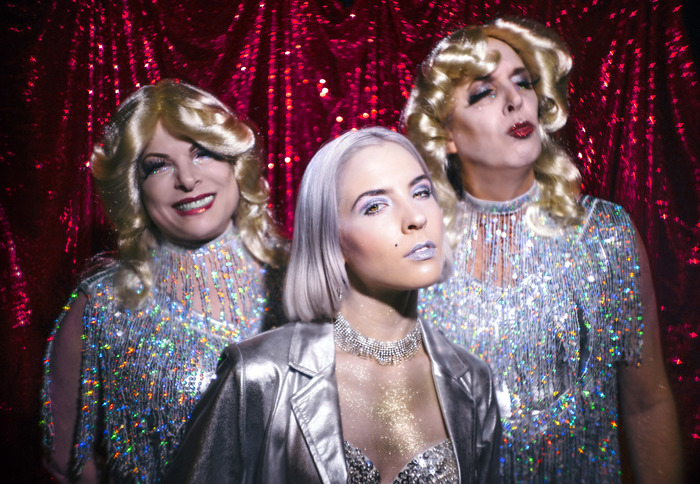 Do your parents want to add anything about their experience raising you and how it affected their views on sexuality and gender?

Yeah! I asked them whether they purposely chose a gender-neutral name for me…

PAULA: We always let you pick your own toys (instead of giving you girl toys). I was constantly criticized for being weird and different or “peculiar,” as my parents said, and I wanted to bring you up to be free and be yourself, whatever that turned out to be. It was horrible being pushed into round holes when I was a square peg, and I never wanted you to go through that.

I’ve always been open about gender stuff and sexual orientation, but you’ve brought it to my attention that more people than I realized feel that their gender is fluid.

PAUL: We applied your name to you prior to you being cut out of your mothe. I knew the name Dorian could be used for a boy or girl but personally, I never gave that any thought. I always felt like you were named after Oscar Wilde’s Picture of Dorian Gray, and because your mother once had a cat named Dorian that I never knew because the cat was already dead.

As for the gender bending, I’m cool with whateverin fact I’m mad as hell that you put “The Don Bogman Show” on hold. As for me doing the drag video, it was a blast. I have no problem dressing up like a girl. I did it on several occasions while growing upI have a picture of me in high school wearing high heels and leggings splattered with blood…probably the Alice Cooper in me. I believe that eventually everybody is curious about the other gendersome people are open to those feelings, and other people aren’t.

Co-Directed and Edited by Weston Allen