“We’re all born naked and the rest is drag.”

These are the iconic words of RuPaul, an entertainer whose ‘Drag Race’ franchise took the art of deconstructing gender to a global platform. The recently-premiered ninth season has already received praise for being the first to feature an openly trans woman – although previous seasons have featured trans contestants they have always ‘come out’ (often in dramatic, emotional scenes) midway through their season, meaning that Peppermint’s immediate openness concerning her gender identity makes her a welcome first for the franchise. There are, however, no cisgender female queens; a glaring omission which falsely insinuates that drag is for men only.

By contrast, drag is a visual parody of the false assumption that gender is as simple as ‘male’ and ‘female’. It is proof that any of us – with the right amount of hair, make-up, costume, prosthetics and performance – can create exaggerated, hyper-real personas which highlight the ways in which we all ‘perform’ our gender identity on the daily. It’s a practice open to anyone, but one which has been historically dominated by men.

Ironically, the origins of drag in theatre can be traced back to a desire to prevent women from being on stage – male performers in Shakespearean times would drag up to play female roles, but other cultures were also experimenting with gendered roles in theatre; geisha (initially a male-only profession) and kabuki actors would often play their opposites, leading to a confused yet enraptured audience.

Drag has continuously evolved, but its modern iteration is transforming quicker and more drastically than ever before – as our knowledge of queer identities progresses, so do the drag artists taking centre-stage. Victoria Sin is just one of the many London-based trailblazers paving the way; platinum wigs, oversized breastplates and candy-coloured feathers are all becoming aesthetic signatures of a unique character quickly attracting critical acclaim. 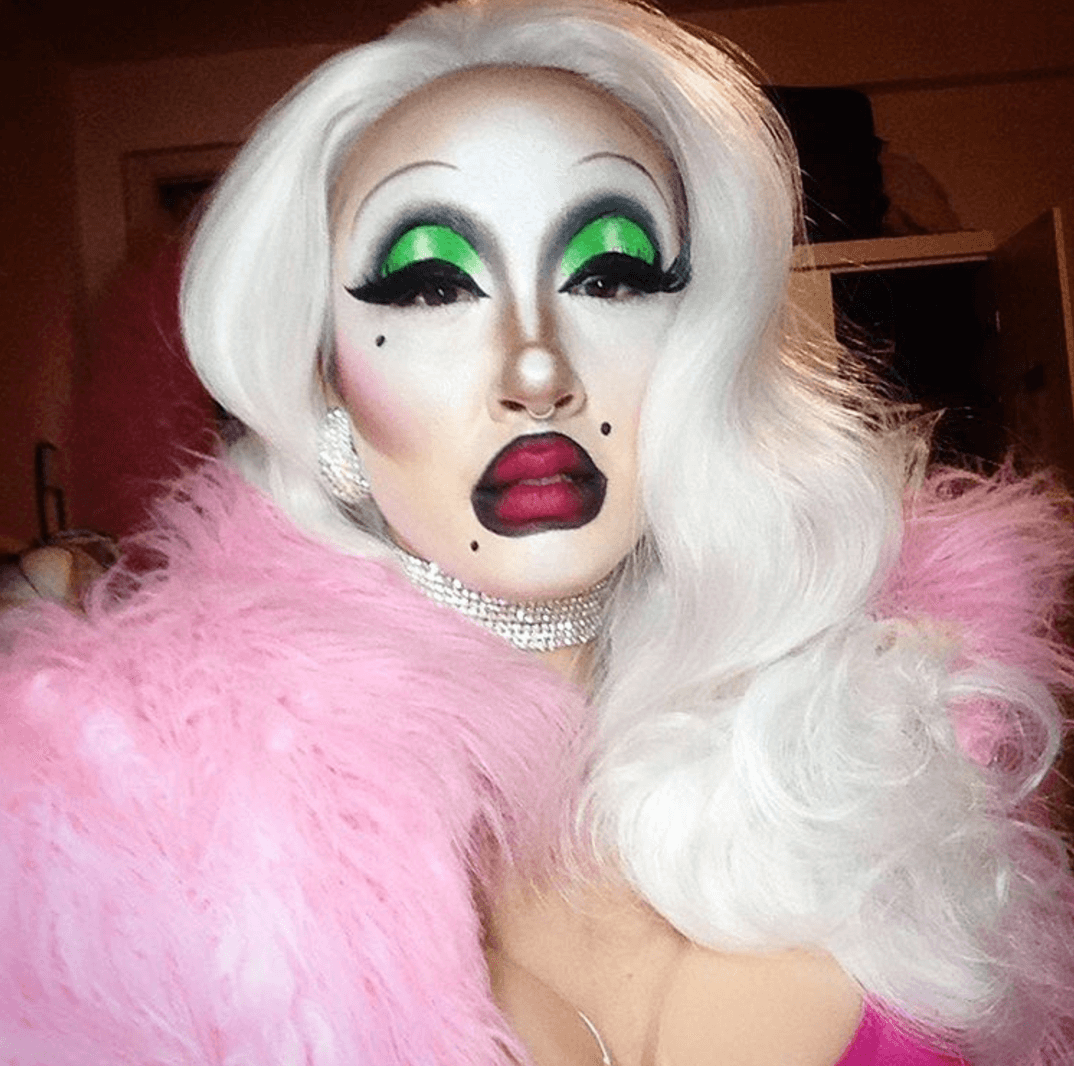 Sin’s presence in queer spaces as a drag artist is, however, sometimes questioned, an issue which they have discussed openly on their various social media platforms. When asked about their experiences as a female-bodied POC in a largely male-dominated world, Sin describes a “toxic problem with marginalization”. “Just because you have been the victim of homophobic abuse, doesn’t mean that you can’t stop and think about how what you say or do might be racist, misogynist, transphobic, ableist or classist. There needs to be more listening and more space made for people who are underrepresented within our community.”

Georgie Bee – the reigning Miss Sink The Pink – echoes these sentiments by explaining that she is often groped by men in queer clubs and, on rare occasions, told to her face that her drag isn’t legitimate. She also points to general misogyny, recounting a recent night out on which she heard a man turn to her friend and say “Why are these girls here? They’re disgusting.” Bee spoke to security and he was swiftly kicked out. “I think people are generally afraid of women who are loud, proud and in-your-face – on their terms, not yours”, she says. “The gut reaction of a lot of people is to say ‘you haven’t got a cock, you can’t do it’. I’m here to say that, actually, I can do it.” 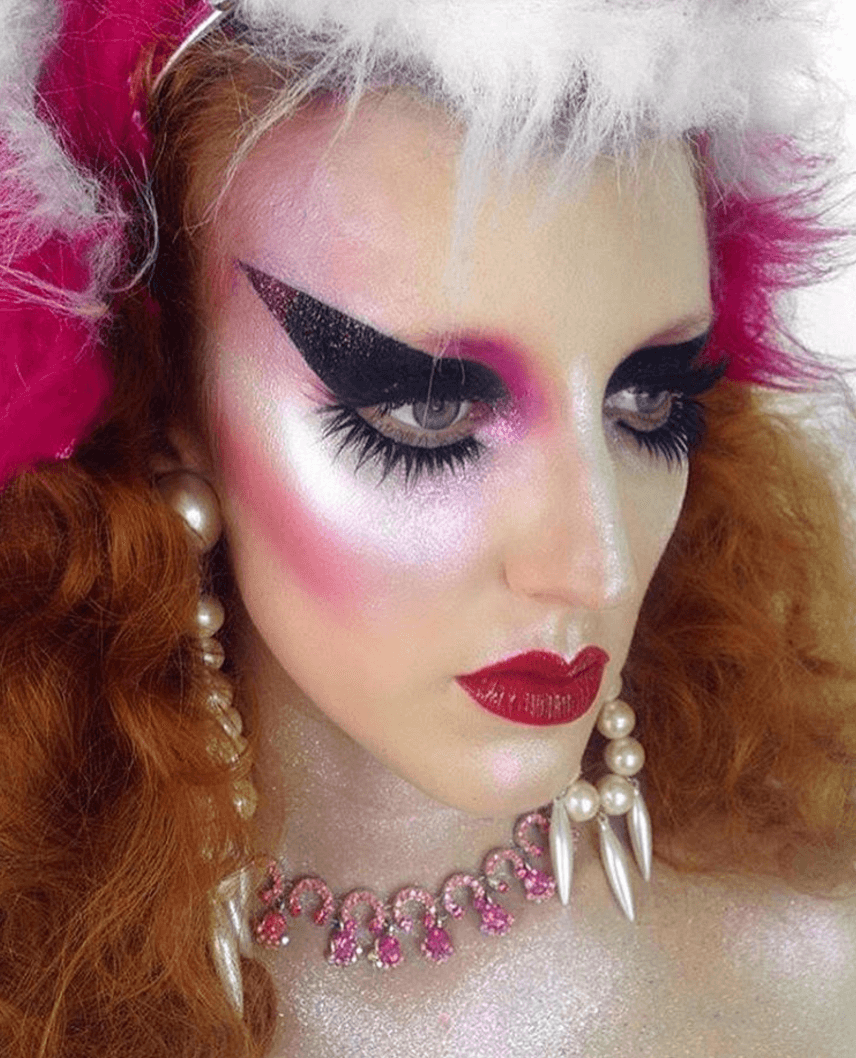 These attitudes are not only harmful, they reinforce ideals which contribute to discrimination. Queer spaces have long been male-dominated, whereas culture more generally has been dominated by masculinity; a domination which means that these intended ‘safe spaces’ can often be hubs of abuse for anyone falling outside the accepted spectrum of masculinity. Many venues reinforce these notions by opening their doors only to men – it’s a problem which has existed for decades and, unfortunately, one which doesn’t seem to be showing any sign of disappearing.

There are, obviously, exceptions to the rule. Some nights are all rooted in an ethos of diversity and inclusivity, but things need to change on a wider level – and fast. Reassuringly, there are enough brilliant drag queens that just happen to be female making their voices heard and using their platforms to spread messages of positivity.

The frequent description of these artists as ‘faux’ queens or ‘bio’ queens, however, unintentionally reinforces the narrative that they are somehow less legitimate than their male counterparts.

Lacey Lou, a England-based queen, is, familiar with this misguided argument. She is, however, quick to highlight how quickly attitudes have already progressed since she first started. “I felt marginalized more at the beginning – Birmingham didn’t have any females with residencies or more public figures to look up to, so people couldn’t grasp it. People would disregard me really, relying on the idea that I wasn’t ‘a real drag queen’. There’s a few of us in Birmingham, so it’s more the norm now – it’s amazing to see!” 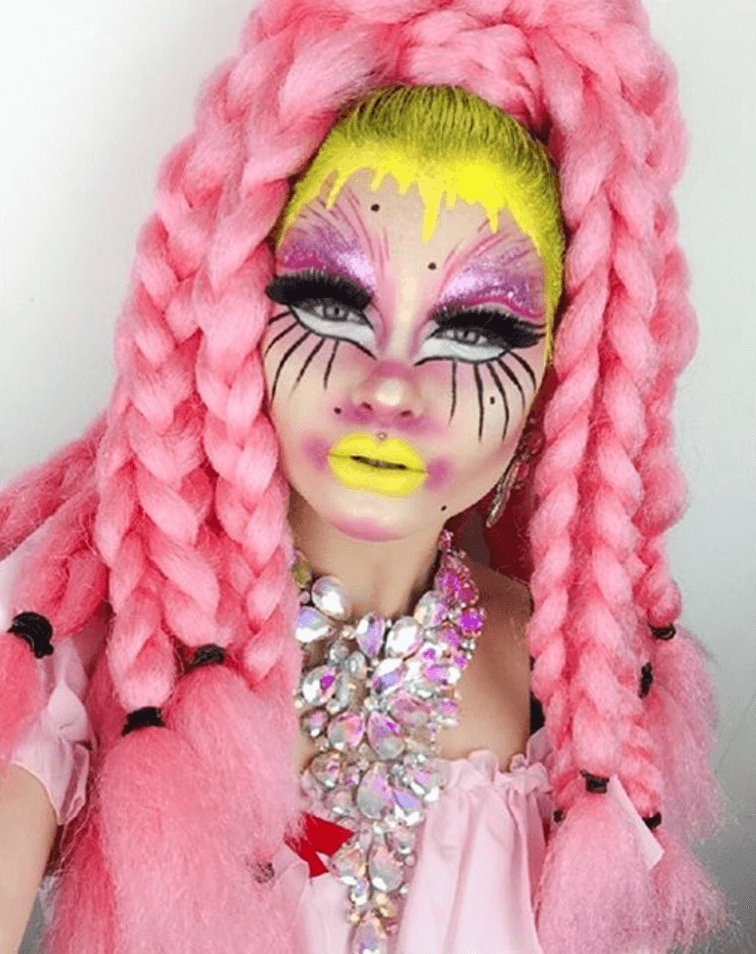 Despite being constantly asked to justify her legitimacy, she continues to create incredible visual spectacles week after week. Like Victoria Sin, Georgie Bee and handfuls of otherbrilliant female-bodied, Lou is fighting for her space in a male-dominated environment and, crucially, using her platform “to spread love and education – education over ignorance!”