First, Coco won Best Picture, giving producer Darla K. Anderson and co-director/writer Adrián Molina a chance to each thank their same-sex spouses. Anderson is married to another of Pixar’s producers, Kori Rae, while Molina is married to teacher Ryan Dooley.

Then, A Fantastic Woman star Daniela Vega, who is the Oscars’ first out trans presenter, came out to introduce “Mystery of Love,” the Best Original Song nominee from Call Me By Your Name. Writer Sufjan Stevens performed the song alongside other artists, notably including St. Vincent. 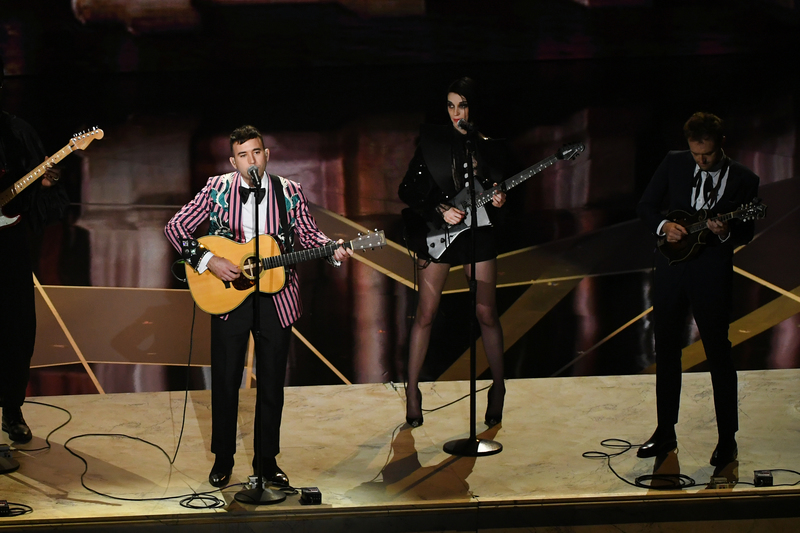 Maybe it’s silly to get emotional about so much gay and trans visibility in such a short period particularly because it was so short but we can’t help it. This year has been a particularly good one for LGBTQ films, even though too many of them were unfortunately ignored by the Oscars. Seeing queer filmmakers, a trans actress, and a song about gay love paraded across our screen was truly and delightfully queer overload.

It may have been just a flash of the seemingly eternal 90th Academy Awards. But what a tremendously great flash it was.