I’ll say this: We do not deserve the Lesbian Works of Rachel Weisz. I’m not sure what Sapphic wave washed over her this year, but between her lesbian sob story, Disobedience, and her new lady-loving dark comedy The Favourite, I feel as though there’s an altar I should be praying to, or something, for more Gay Weisz Movies. What do religious people do, give offerings? Donate? Whatever—I’ll do it. I just feel like we, as a nation, are unworthy of two extremely lesbian Rachel Weisz movies in one year, but I’m ready to convert to whatever denomination will turn out the quickest results for more of her queer works. Take my money, Rachel!

Her latest film, The Favourite, directed by Yorgos Lanthimos (The Lobster), follows an 18th-century lesbian love triangle between Queen Anne (Olivia Colman), Lady Sarah Marlborough (Weisz), and Abigail (Emma Stone). Can you believe? Seriously, we are all fucking trash next to this cast.

In the sharp British comedy, Lady Sarah is the Queen’s most trusted confidante and advisor, as well as longtime secret lover — the two have been friends since childhood. The seemingly guileless Abigail, a distant cousin of Lady Sarah, arrives at the Queen’s castle seeking employment. She and Sarah at first form a camaraderie, but we quickly see Abigail’s devil horns, and she manipulates her way into the Queen’s life and bed, which leads to a vicious and murderous competition between Sarah and Abigail—who will be the Queen’s “favourite?”

I’ll tell you who the fuck is my “favourite,” and it’s my gay mom, Rachel Weisz. Trust me, you don’t know the meaning of the phrase “power bitch” until you’ve seen Lady Sarah grab the Queen of England by her throat, shove her up against the bedpost, and ask through a naughty smile, “Are you scared?” Yes, bitch, I’m shaking like an animatronic Skeleton doll in CVS. Besides her detached love language, which made Queen Anne crazy, and her persistent, sharp-tongued, misandrist roasts, it was Weisz’s costumes that made me run for the hills (to masturbate). Each one was so British and so masculine yet somehow still edgy and femme, it made me want to move to 18th century England, contract smallpox, and die slowly in her arms. Here are the best ones. 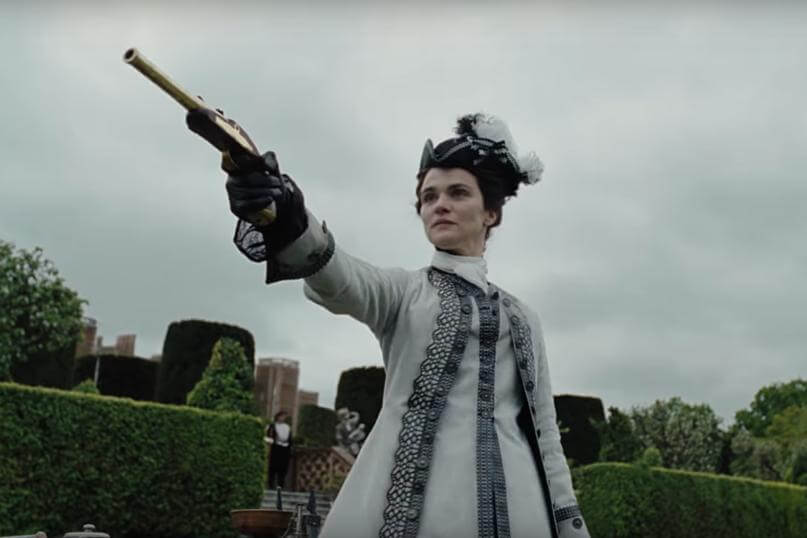 While in the court, pushing men around, drinking wine, and presenting as “a lady,” Sarah is often dressed “appropriately” for her gender during this time period, in lavish, busty dresses and elaborate updo’s. But on her own time, while pushing men around, scheming, and plotting your demise, Sarah doesn’t perform femininity as she’s expected to. Instead, she often opts for more brawny outfits, like this get-up that says, “Move, Hets, I’ve got a gay gun.” In this scene, Lady Sarah shows off her impeccable aim while gunning down birds and staring threateningly at straights. But never look her British hat, white coat, or frilly turtleneck in the eye, or she will point her weathered musket toward your skull and say “Be gayer!” And trust me, you will be gayer. I certainly am.

The Hard Evidence That Chokers Are Gay, Even in the 18th Century 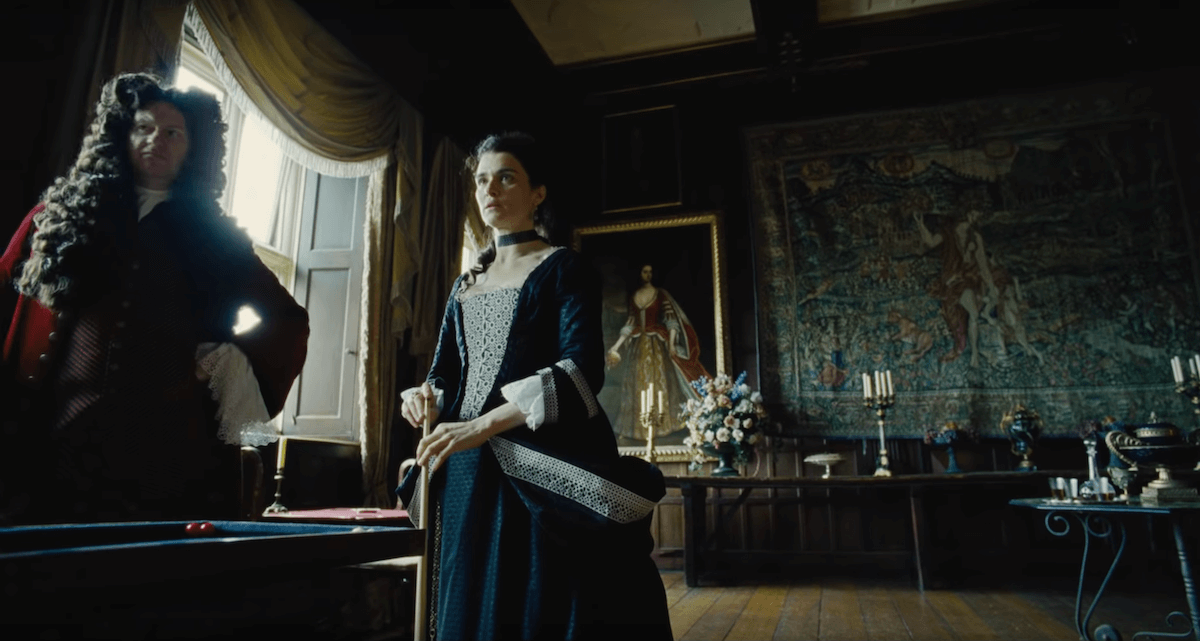 Here, Lady Sarah sports a mantua dress, clad with a lacy bustier and a pool cue to beat the fuck out of her oppressors. Also, don’t you find it convenient that Lady Sarah happens to be queer and happens to be donning an 18th-century choker necklace? Well, it looks like chokers weren’t just gay in 2015 and gay in the early 2000s, but they were also a subtle hint to other Ladies of the Court that they were down with the clitness. Apparently, chokers were the 1700s’ very own gay nod. 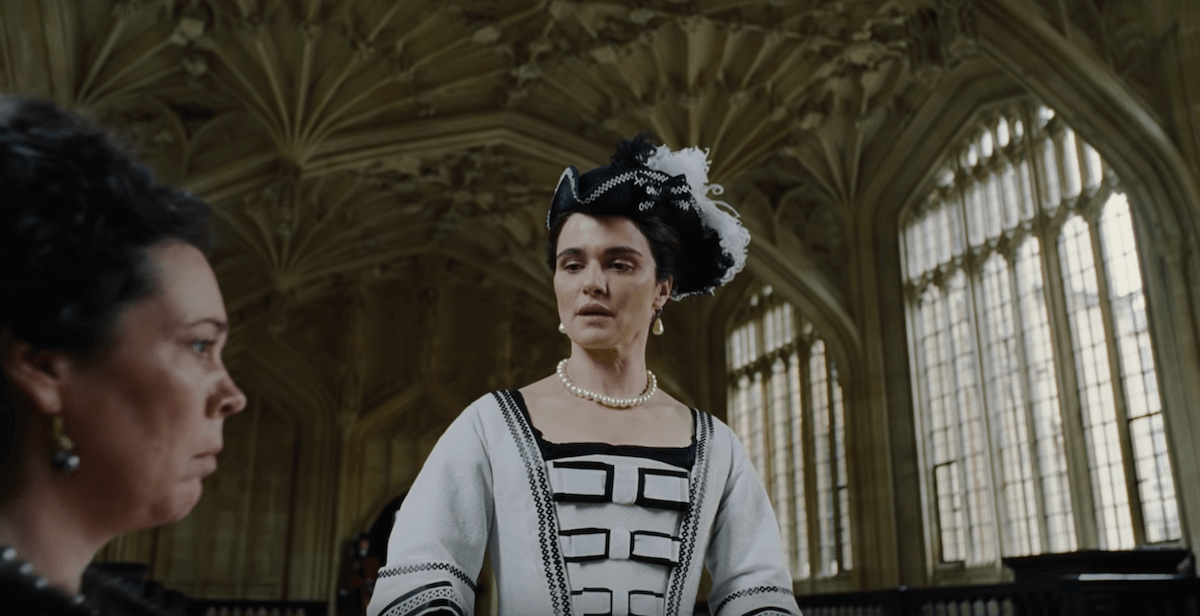 This look is pretty straightforward: pearls, another mantua, its femininity dressed down with a typically male hat, and dangle earrings made from the bones of all the women who ghosted by galloping away on a horse and never sending letters again. I would let Lady Marlborough ghost me. I would gladly receive a letter via horse that just read “wyd” and was sent a fortnight ago at 2 a.m. The things I would let her to do me in this outfit. I want Rachel Weisz to call me treasonous, tie my ankles to a rope, attach it to her horse, and drag me through the dirt until my cholera gets cholera. Look, I don’t know what cholera is and I don’t know much about the 18th century, I just know that there was cholera. 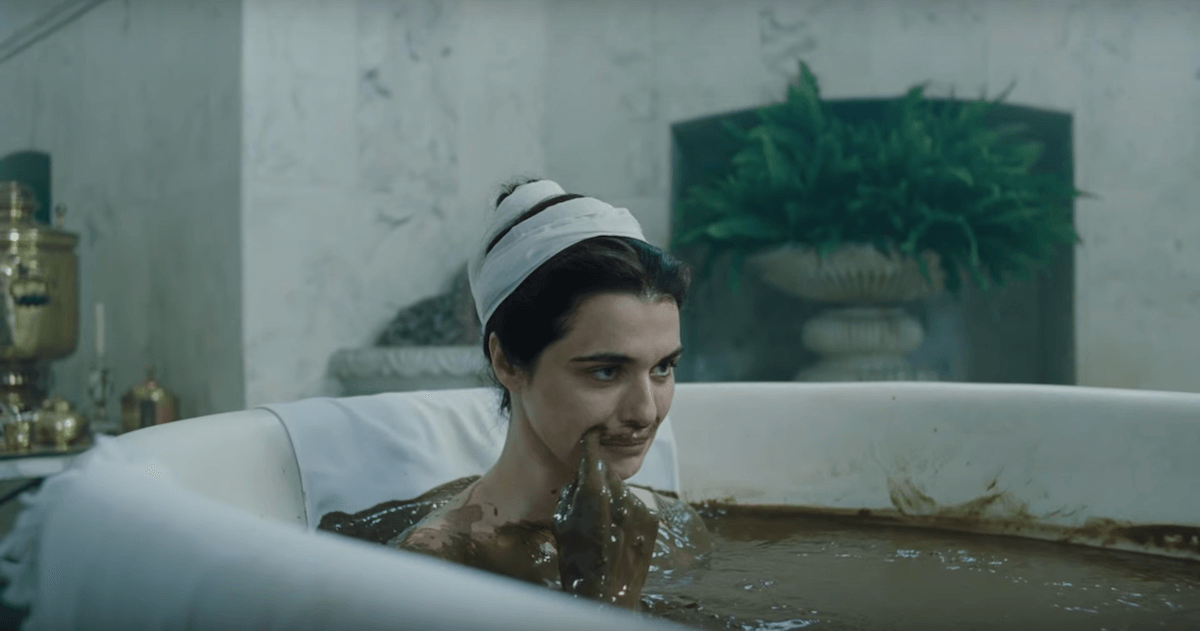 One of my favorite Lady Sarah getups is the one where she’s nude in a bathtub with Queen Anne, dangling the Queen in front of Abigail in a vicious power play. The mud was good. The mud mustache was very good. 10 out of 10 would bathe in mud with Rachel Weisz, running the risk of contracting a yeast infection that kills me. I’m really caught up on the diseases in this era. When was penicillin invented? I’m not a scientist. All I know about are lady suits, the name of every actress who’s played gay since the 60s, and that mud is gay now.