In his 2011 debut novel We the Animals, Justin Torres weaved a fictional narrative about his upbringing as one of three sons born to a Puerto Rican father and Irish-Italian mother struggling to make a life for themselves in upstate New York in the early 1980s. Part of that story was lead character Jonah’s young curiosity about his sexual identity, one he’d later discover was not the same as his father or brothers. It would ultimately set him apart from his family who otherwise shared the same struggles and secrets.

A new film adaptation of We the Animals opens this weekend, and somehow director Jeremiah Zagar has managed to translate the powerful prose from Torres’s pages into a cinematic showpiece — a live action version of an already quite visual book that plays just as well on the screen. It’s perhaps because Torres was so involved that the movie could be a near-equal in quality; whereas with other pieces of fiction-turned-film the original writer is often kept out of the screenwriting process, Zagar acknowledges that the only way to be true to Torres’s original was to have Torres on hand.

“I just wanted Justin there every minute of every day we could have him,” Zagar tells INTO. “It was such a personal book, that it was like if we didn’t have the author intimately involved with the screen adaptation, then it wasn’t going to work. So instead of thinking it as an adaptation, I wanted to think of it as a translation — like we’re just translating this book to the screen and we’re going to do what it takes to get it right for the screen, and that was how we approached it.” 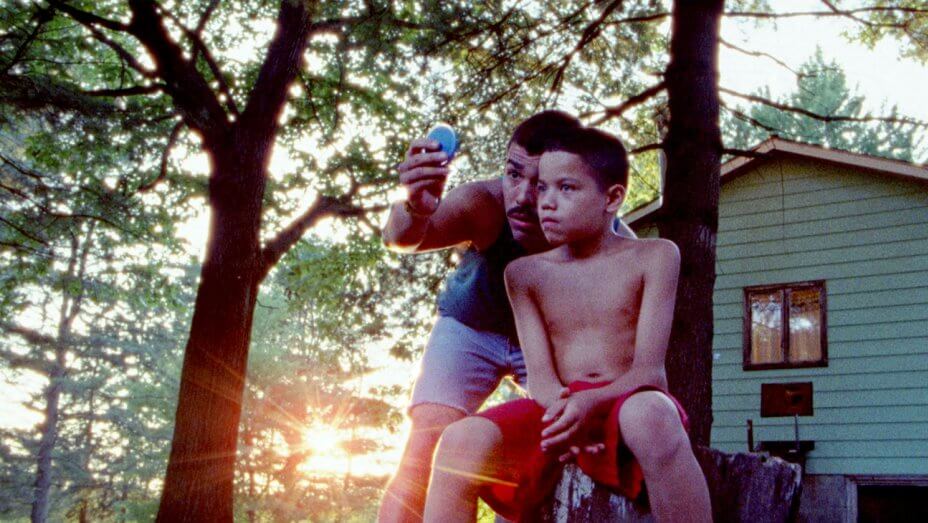 Zagar says Torres was involved both through the screenwriting process and on set, as well as in the editing room. He acknowledges how rare that is in Hollywood, but says the success of the film so far, having premiered earlier this year at Sundance to positive reviews, has validated his decision.

“I felt an added pressure just to make sure that we honor the book,” Zagar says. “Common wisdom is that when you option a book, you try to keep the author at arm’s length so that you can translate it or so you can adapt it for the screen. And so we just took the opposite approach. We made sure there was nothing in the movie that the author wasn’t going to be happy with.”

Zagar’s rendition follows the book quite closely, which means highlighting the physical abuse Jonah’s mother, referred to as Ma, endures from his father, Pops, as well as the confusing tenderness they also share.

“That’s how children see violence,” Zagar says. “Sometimes you see your parents argue — like you do in the big truck scene — but when it’s deep, disturbing violence, it’s usually hidden from the kids. They’re then processing that. What happened? How did that happen?“

While Pops (Raul Castillo) is less physically violent with his sons, Jonah is the most affected by the emotional effects. His relationship with Ma is a special one — he is the youngest and also the most vulnerable to his mother’s feelings. Still, Ma (played by Sheila Vand) can lash out at her children at times, her inability to fully process or improve her circumstances reaching a boiling point that often spills out onto the young boys.

Raul Castillo says it was Torres’s writing that had him “falling in love” with the polarizing role of Pops. Initially courted by Zagar before having read the novel, Castillo recalls picking up a copy in Brooklyn and reading it in one sitting.

“I love being introduced to new Latino writers and especially people who are going it in a really fresh and exciting way for me,” Castillo says of Torres. “He’s telling a story about this mixed-race family in a way that you don’t get to see often and he’s talking about family life and sexuality in ways that are, not such a black and white, not such a concrete, cut and dry kind of way. He’s telling stories that are complex and they don’t tie it up in a neat, little bow.”

Castillo says Torres’s availability on set was hugely beneficial, especially considering the script (and likewise, the character of Pops) was so faithful to Torres’s fictionalized life story.

Jonah (played by Evan Rosado) is not yet 10 when We Are the Animals begins, but his world is only just beginning to expand beyond his brothers and his parents. He’s quiet but playful, and spends his time sketching in his secret notebook, making drawings that are homo-erotic and based on a neighbor boy he longingly stares at and eventually attempts to kiss later in the film. His older brothers (Isaiah Kristian and Josiah Gabriel) are more rough and tumble, taking after Pops in their want to wrestle and swear and watch pornography when they can get away with it.  It’s at this point in Jonah’s life that these differences in the way they each move through the world begins to weigh on him, especially as it relates to his feelings for and about masculinity and other men.

“Well, sexuality is confusing, you know. I think especially for young people,” Zagar says. “The way you watch pornography and discover sexuality in my generation is very different from the way kids watch it and discover it now.  … I think a lot of it has to do with information that they receive and these young boys are receiving all the kind of conflicting sexual cues, strange sexual cues from their parents — they’re receiving you know sexual cues from the TV, they’re receiving sexual cues from people out in the world, and how they are processing those things is interesting. And we weren’t trying to say this is how they’re processing them, we were just trying to say they are processing. They’re kids and they’re dealing with it, so if they’re dealing with it, than you can imagine how they might interpret it.”

Jonah’s self-discovery is private until his notebook is uncovered. It’s one of the most tense moments in the film, one that is emotional in a somewhat unexpected way.

“I think that when Ma finds out that Jonah is gay, it is less of a betrayal of her because of some ethical, moral ideology or something; it’s more that she can’t believe he’s been keeping a secret from her because they have such a strong alliance,” says Sheila Vand. “He is the only one that she feels understands her in this man’s world she’s in that it just all Pops and boys becoming Pops.  I don’t think she puts together where his sensitivity comes from or this is why they connect so deeply, but I think for her, she just felt like she knew him completely and entirely and when she finds out that there are these parts of him that he hasn’t shared with her, I don’t feel like she’s supportive or non-supportive — she’s just surprised that he’s been withholding.” 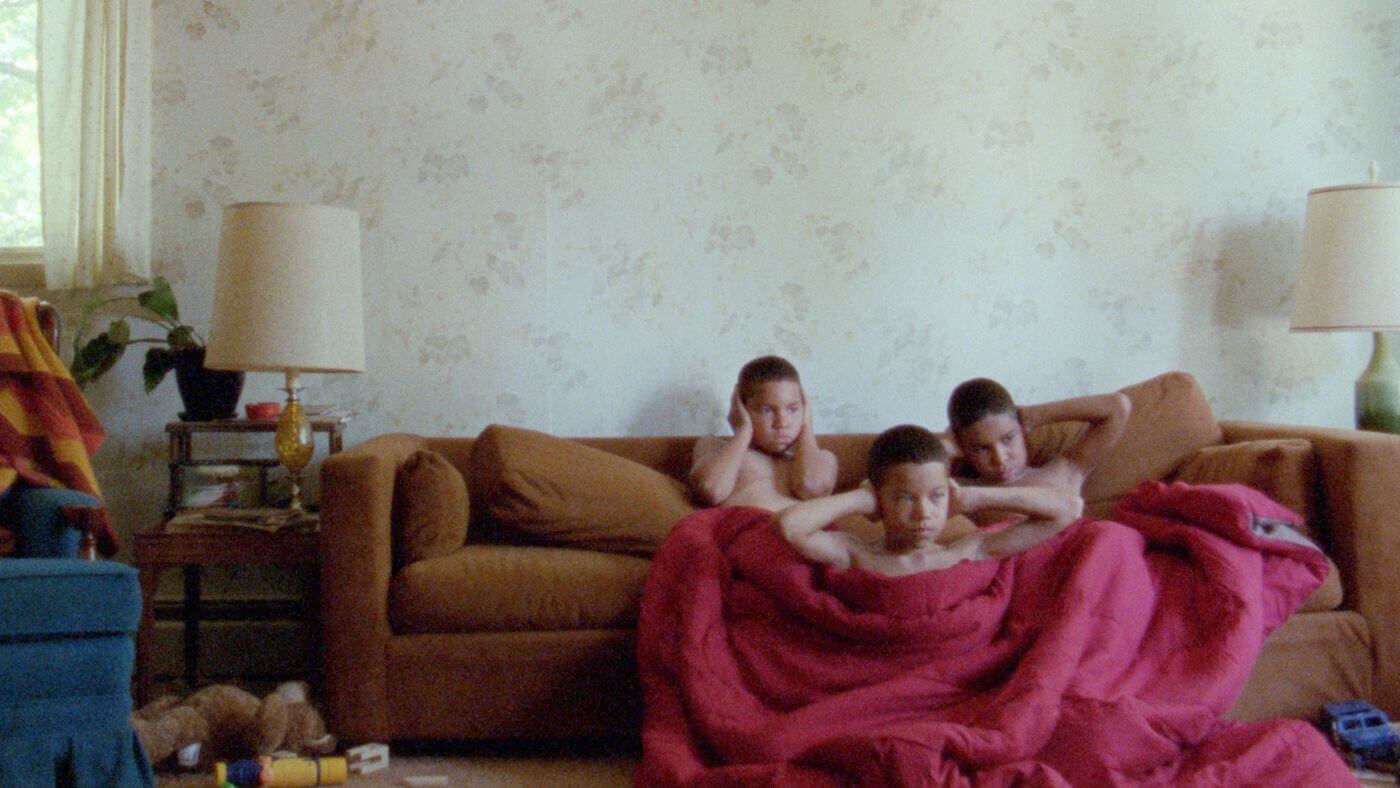 Castillo says this scene, in particular, proved difficult for young Rosado, as he and his two on-screen brothers were not actors before signing onto the film. Instead, they learned through coaching on the job and familial bonding sessions off-camera.

“By the time we got to that scene, I think we had reached these levels of intimacy and we communed in a way that by that point, we just had this natural rapport,” Castillo says. “And Evan is — he’s such a special, young boy. He’s so sensitive — he’s incredibly sensitive and Jeremiah had to really work with him to push him. It was hard for him to be angry — to sit in that space of anger. It was handled with sort of reverence, thankfully, and I know that for Evan, that was a really challenging scene, and I think we were all there to support him to go on that journey.”

We the Animals is never a condemnation of a young boy’s homosexuality — instead, it’s an exploration of a family through the eyes of a child who is feeling out the rights and wrongs from within a world where there are too many inconsistencies to be completely sure. The lack of vilification extends from Torres’s original text, and Zagar thankfully extends it into the dialogue and camera shots of what is a gorgeously rendered rural landscape of lower class coping mechanisms for a mixed-race family at the height of the yuppie infiltration of nearby New York City.

“I do think that the movie touches on more of a human space of confusion,” Vand says. “And I also think because of [Ma’s] background and the socioeconomic thing, she just doesn’t have the tools to even know how to help [Jonah] or guide him. But I do believe she’s supportive and eventually, she gets to that place — and I like that the movie doesn’t have a scene where when the family does find out that it’s just about condemning and scolding and pain.”

We the Animals is a portrait of toxic masculinity tempered by the alternative. In a world where men like Pops are conditioned to act violent and physical instead of expressing vulnerability or emotions, boys like Jonah question their innate abilities and proclivities to process feelings otherwise. With life being so defined by social status and the gender binary, among other rules instituted by self-appointed officials now challenged more than ever in 2018, We the Animals is a timely tale of what it means to think and to feel differently, and how lonely that calling can be.

“He’s a baby who’s seen things and feels things that are beyond what the parents are ready to understand,” Zagar says of Jonah and his journal being discovered. “I think about the other thing that the book does and that scene is really about is self-loathing. It’s really Jonah’s perspective. It’s really about him wanting to tear himself up into pieces. The family can only do so much harm to you. It’s you ultimately that has to do the deep harm to yourself. It’s like that break, that moment is about whether or not he’s going to continue to harm himself or overcome or find freedom afterward.”

We the Animals is in theaters now.