The Charmed reboot premiered on The CW this weekend to lukewarm reviews and varied audience reactions, and outside of tolerable-at-best special FX, the show’s greatest modernization is that one of the sisters Halliwell, Mel (Melonie Diaz), is now gay. But where the show lacks in camp, it makes up for in — well it doesn’t, but the other lesbian character in the pilot is hilarious — or at least her outfits are.

While Mel dresses like your average, humdrum CW 20-something — open denim button-ups sandwich layered with white tank-tops and nondescript Forever 21 bombers, her on-again-off-again girlfriend Nico’s style can only be described as “TV Lesbian.” Played by Ellen Tamaki, Nico is a detective and a gender-swapped version of the original show’s Inspector Andy, and she wears Detective Things: blazers that are meant to be mildly unflattering but are still somehow perfectly fitted to the actress’s measurements, plainly patterned button-ups, and hair pulled back in a low ponytail that screams, “I’m not afraid of you. I eat pussy.” 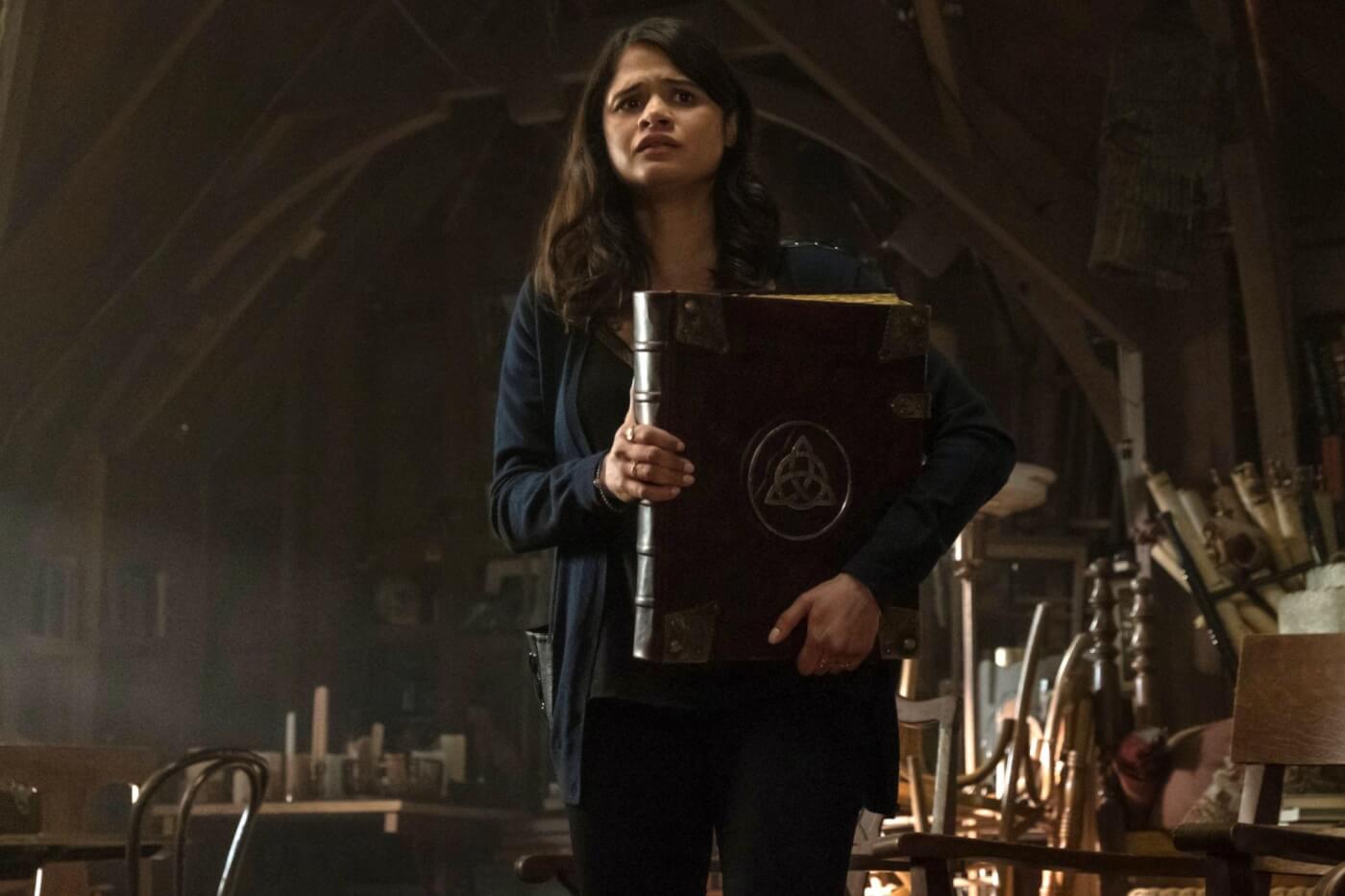 Nico feels like exactly what I would picture if you uttered the phrase “TV lesbian” in literally any era that queer women existed on TV: the ’90s, early aughts, 10 years ago, yesterday. Her style is a pastiche of what queer women look like IRL, but everything is just a little off—like a straight woman cosplaying as a lesbian and trying to blend, but failing in infinitesimal ways. But her look is evergreen because it feels exactly like what a costumer on a cheesy drama would pick for her TV Lesbian: Nothing too gay to the point where it’s tropey or that kind of gay, but not too feminine because she actually is that kind of gay. So, Nico falls right into that Sapphic sweet spot, hovering between real-life queer-wear and the ole “I Play a Lesbian Cop on TV” Halloween costume.

Nico’s I’m A Lesbian and Therefore I’m Drab look got me thinking about other present-day queer female characters on TV and how they’re being dressed — are their outfits tropey and offensive? Or are they true to form? The answer is, as always: it’s complicated, because queer women can’t be stuffed in any one box (lol box) anymore. While queer women on TV have been through the wringer with gay-wear — from the loose ties and bandanas of The L Word to the masc-leaning lawyer garb on L.A. Law, and denim and khakis of Ellen — things have certainly changed, and that’s because there are more queer women on TV, and thus more diverse depictions of such. And although my personal preference is that costumers should take notes from the silver screen and dress every TV queer woman like Blake Lively in A Simple Favor or Cate Blanchett in Ocean’s 8, the current fashion landscape for queer female characters is indefinable, as it should be.

On Riverdale, which shares a network with There Are Lesbians on This Show Now — um, I mean Charmed — queer faves Cheryl Blossom (Madelaine Petsch) and Toni Topaz (Vanessa Morgan) are exemplary queer style icons, because they’re not bogged down by tropes or stereotypes. Cheryl, the in-house girl ginger, sticks to her ruby red color schemes, choker necklaces, and low-cut tees and dresses. Clearly, she’s got her own style — although, come to think of it, is there anything more unique to teenage queer girls than obsessively focusing on one commonly used item (like the color red, or patches), but telling yourself it’s idiosyncratic and subsequently dubbing it your thing? 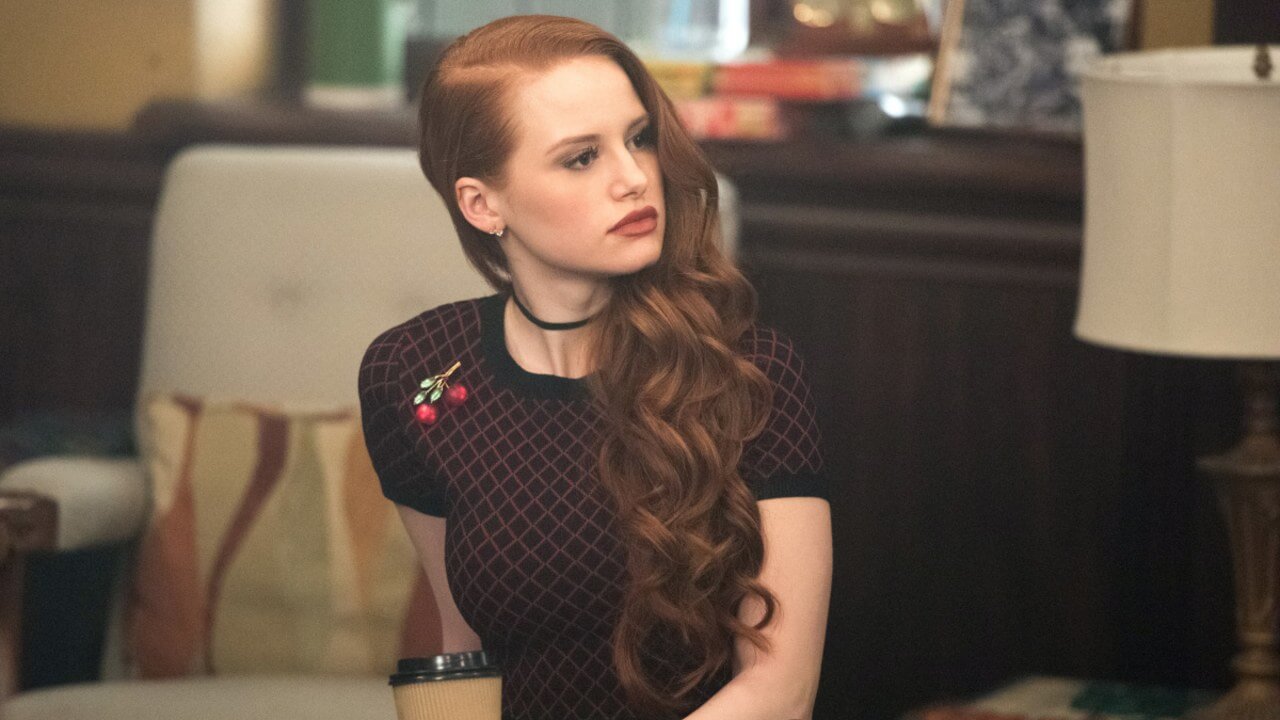 Toni’s style, including her not-so-subtle pink hair streaks, leather jackets, and snake jewelry, is a pretty realistic reflection of queer style. But like her girlfriend Cheryl, her fashion choices aren’t a reflection of her queerness, but rather are representative of her character as a whole — which is a perfect workaround to ensuring a queer character’s clothing isn’t tropey.

Although sometimes, even when queer TV clothes are tropey, or at least trope-adjacent, it’s ok. In fact, when TV lesbians wear something so on the nose that it’s actually laughable, queer women tend to lionize the character, because, well—it’s fun to laugh at yourself and tweet “omg same.” For example, on Saturday Night Live’s “Themyscira” sketch, in which Kate McKinnon and Aidy Bryant play lesbians who wash ashore on the fabled island of Themyscira from Wonder Woman, they’re unfathomably gay. But with the comedy of the sketch, it works; McKinnon sports a Bad Gay Haircut, an unflattering short-sleeved button up, vest, and thick glasses, while Bryant rocks a half-shave, a niche graphic tee, and a flannel. Bryant’s character, along with the flannel-clad, Tori Amos T-shirt-wearing Kate Messner from Everything Sucks, had me screaming “OK, me” at the TV.

Flannel-wearing lesbians can be seen as a trope, but we must learn to differentiate between tropes — which perpetuate harmful stereotypes about queerness — and common characteristics that real-life queer women actually share. Like, I love flannels, and so do tons of other queer women, so lesbian flannel-wearing isn’t a damaging trope, it’s just true to form for some of us.

Season 2 of Atypical featured a queer storyline for Casey (Brigette Lundy-Paine), who makes baggy sweatshirts and oversized jackets her bitch, and she has one of my favorite queer styles. Casey nimbly hops from crewneck sweatshirts to striped, boys’ department button-ups, to school uniform ties, blazers, and plaid skirts. She feels like a realistic, modern portrayal of a queer teenager. But again, queer women shouldn’t be stuffed in boxes (lolololol), and just because I personally like her style doesn’t mean she’s the “ideal” queer fashion icon. 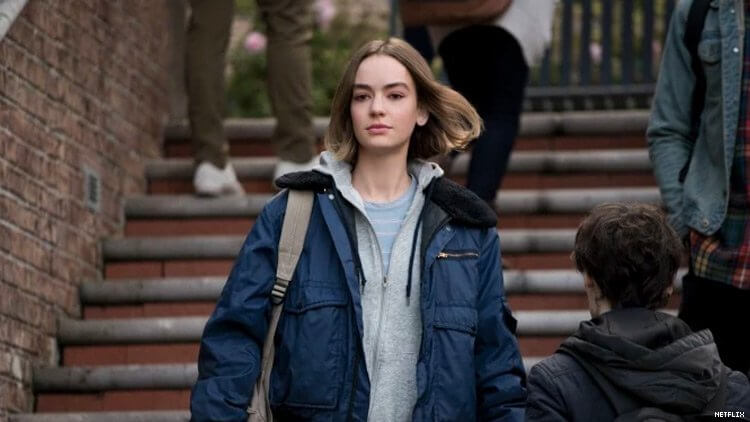 Other characters who have piqued my interest fall all over the gender presentation spectrum — from the high femme Manhattan socialite Peach Salinger (Shay Mitchell) of You, to the power bitch lawyer Jeri Hogarth (Carrie-Anne Moss) on Jessica Jones, and razor-sharp bisexual justice lord Stella Gibson (Gillian Anderson) from The Fall. Plus, I love a gay who lives in her own world, like the MoC prison queers of Orange is the New Black, the wooded warriors of The 100, or the western, gun-slinging ladies of Godless.

What’s important is that current TV Lesbians cover a broad spectrum of fashion, just like real life queer women do. And though it’s fun for me to roast The CW for their new Look Over Here, I’m Gay detective on Charmed, to be honest, it’s mollifying to see costumers switch up queer style at all. Hopefully, MoC women will be featured much more in 2019, because as of right now, they’re definitely still going underrepresented. But until then, I’ll take as many Toni Topaz’s, Kate Messners, and Stella Gibsons as I can get. As long as queer women continue to morph with the times and reflect IRL queerness rather than being stuffed in boxes (lmao someone stop me), I’m happy.