Every night, I force my brain to do something that shuts off the anxiety of the real world and takes me to a different world altogether. In this world, anything is possible — I go on dates with my dream man (Jake Gyllenhaal), accept all types of awards, win every work argument, and live a life in my head that will probably stay in my head.

Growing up, this nightly dreaming commonly put me in the shoes of a superhero, like Spider-Man. Andrew Garfield’s iteration of the web-slinger appeared on screen during a particularly paramount time in my life: When I tried to figure out if I was gay. (Spoiler: I was). I fell for not only Garfield, but for Peter Parker, a somewhat simple character who represents an everyday person overcoming the odds to be super.

Spider-Man represents the common person. Unlike wealthy characters like Iron Man or Batman, Peter Parker was a regular kid from a modest family who became one of the biggest heroes of all time. That simple appeal has made the character a cultural icon. He’s funny and smart and it’s harder to find things about the character to dislike.

The longevity of the character comes from this everyday appeal, which could explain the move in recent years to make Spider-Man not always be a straight, white man. But this month, actor Shameik Moore makes his debut as Miles Morales, the first-ever half-Black/half-Latinx Spider-Man in Spider-Man: Into the Spider-Verse. He will no doubt inspire many young people of color, who have never seen themselves reflected in the iconic character on screen. Joining Morales is Kimiko Glenn as Peni Parker, a Japanese-American girl who has a psychic connection to a spider, and a pig voiced by John Mulaney who also took up the Spider-Man mantle.

So, if Spider-Man can be a talking pig, why can’t he be queer? 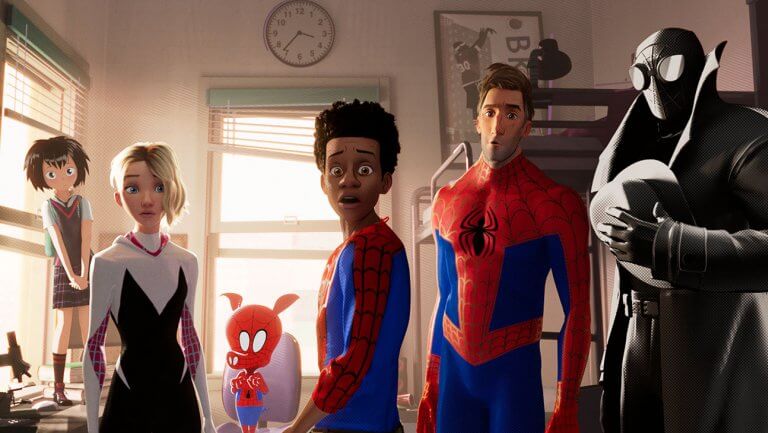 Comics as a whole lack queer stories. The comics juggernaut behind Spider-Man, Marvel, recently put their most high profile openly queer character, Iceman, back in the closet. In their films, Tessa Thompson portrayed the queer character Valkyrie in Thor: Ragnarok, but of course, the only scene involving her queerness got cut.

From a creative standpoint, showing Spider-Man through a queer perspective could do wonders. A trans woman who struggles to balance life as a superhero and as a transgender person? A non-binary Spider-Man who goes between genders to help their everyday superhero-ing? The possibilities for in-depth and meaningful storytelling are endless! You could even make Peter Parker bisexual! (Yes, Marvel I will write for y’all.)

Spider-Man would be a great character to lead a queer story. In a world that is getting queerer by the day, it would be a courageous leap for Marvel to give one of the most prominent characters a new development. If done right, it could not only change comic book canon, but have a lasting impact on queer youth.

Representation positively impacts marginalized people people because it validates our feelings–the ones that most of the world tries to invalidate. I’ll never forget the feeling when I first saw Willow kiss Tara on Buffy the Vampire Slayer. In a time when my sexuality was sending me on a downward spiral, that small expression of queer love gave me a look at a future I didn’t know I could hope for. When I’m feeling alone and isolated in a world that doesn’t make it easy for queer people to find and fall in love, there’s comfort in watching two guys go on a date. That is confirmation that I can find love.

I have an ongoing joke with my friends that if something isn’t gay I don’t care about it. They think I’m kidding, but I’ve seen enough straight content in my life and would rather see queer stories. I don’t think I’m alone in saying that we’ve all seen the straight, white man storyline enough for six lifetimes. The “default” mode of the straight, white male gaze is one that we have come to expect and are forced to conform to. We pick apart pieces of heterosexual stories told most often through a male gaze to try and apply them to ourselves.

Comics are a place for the fantastical. The world has fallen for superheroes as a whole because they tell stories of people doing amazing things to save people. Why not make a character who is supposed to represent the everyday person an everyday person?

People happen to be gay. They also happen to be straight. Yet with such a small percentage of queer stories, we have have been forced to find pieces of ourselves in straight stories. Why do only straight, white kids get a hero to identify with? When do the queer kids get someone to root for?

Wonder Woman inspired women across the world, while Black Panther became a cultural phenomenon. As Into the Spider-Verse shows us, Spider-Man can be anyone and anything. Towards the end of the film, Morales states that “anyone can wear the mask.”

It’s time for a queer person to put on the mask.