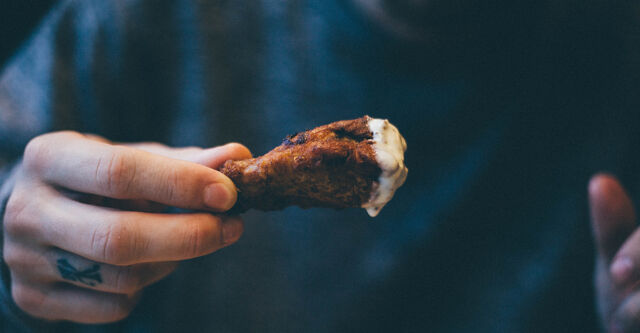 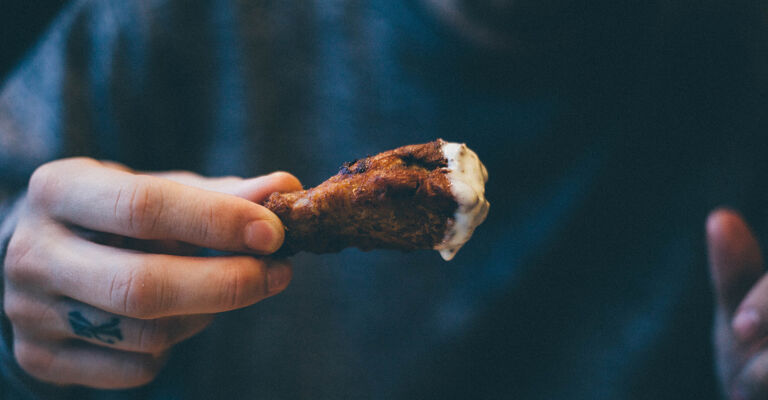 “Karl, exactly how free do you want to be?”

I’d been walking around a park in Brooklyn after dark, going over “step work” over the phone with my Overeaters Anonymous sponsor, Lilian. Actually, I was explaining why answering the questions in my workbook about my childhood was hard, and she was impressing on me how important it was to answer them anyway.

It was the fall of 2016, and I’d lost 40 pounds in nine months. I was the most “conventionally attractive” I’d been since high school, and I was getting lots of sly looks from other gays on the subway. It was excruciating to be so visible.

I answered, “I really don’t know.”

“Abstinence” is to “sobriety” as OA is to AA. I’ve been sober since 2012, when, on July 4th, I had 17 drinks and texted my ex to convince him that filing a restraining order would be a good idea. “Sober” means you don’t drink at all, but “abstinent” means you have to figure out what you can eat without triggering a binge (with the help of a Higher Power, of course). You can’t not eat.

I sent Lilian a text every morning with my eating plan and whenever my feelings made me want to snack between meals. I had extensive lists of “red light” (never), “yellow light” (sometimes), and “green light” (whenever) foods. One of my “red light” foods was movie theater popcorn, a whole bag of which, to this day, I will finish before the movie even begins. Broccoli was a “green light” food. Blech.

I was doing everything right: I was keeping in touch with my friends, eating healthy foods, and losing weight. I had a day job with insurance in New York. I sold a film option to my musical to a big movie company. I was in therapy. Why couldn’t I talk about my upbringing, and why was I defensive when boys smiled at me? Didn’t I have everything a sassy, ginger homosexual was supposed to want in that halcyon era between gay marriage and Kellyanne Conway?

Throughout my twenties, my body weight hovered between 215 and 225 pounds, though now that I’m 30, I’m closer to 250. I’ve got a belly and man boobs. At 5’10”, the BMI chart says I’m “obese,” and I’ve always had a tough time labeling myself on online dating profiles. Am I “curvy”? “A little extra”? A “bear”? A “cub”? I was a “chub” for a few weeks until a friend insisted I take it off. I once dated a bi, ex-military “chaser” with abs who got off on jiggling my belly and calling me weak. But with a flat tummy and an expensive haircut, I looked like a dude I’d be intimidated to hit up on Grindr. I only knew how to mean-mug for selfies; when I look at those photos now, I see myself looking back, saying, “What the fuck do you want?” Still, I was riding high behind a false front of self-confidence, and I thought it would be a good time to give my songwriting a jolt.

I decided to dip into my childhood and write a song for my elementary school best friend, James. During one of our sleepovers, I’d told him I wanted to be a girl so that one day we could get married. During another, we’d gone down for a midnight snack at my house, and a bunch of cockroaches in the kitchen skittered all over us. Once, on a field trip, he’d accidentally scratched my eye with his thumbnail, and he’d been devastated that he’d hurt me.

As I sat at my piano putting these memories on paper, I realized James was the first person in my life to feel bad about hurting me.

I sobbed uncontrollably with my therapist during our next session, and she remarked that, though I’d told her about my abusive, neglected childhood before, she never picked up that I’d been emotionally wounded. She diagnosed me with complex post-traumatic stress disorder, an insidious condition that results from not one but many traumas, usually in childhood. Two of its unofficial but common symptoms include having a long list of past therapists who know zilch about trauma and thinking that only soldiers get PTSD.

I picked up a copy of Dr. Bessel van der Kolk’s The Body Keeps the Score: Brain, Mind, and Body in the Healing of Trauma on a friend’s recommendation. Through reading it, I learned that many of the challenges I’ve faced in adulthood began as logical, necessary survival tactics. My hostile home and unsafe communities in childhood required me to always be on the lookout for the next bully, the next beat-up, the next random backhand slap from my dad. When my neck and shoulders tense up, my body is reliving all the times I shrank in terror. When I get anxious in relationships, my body is reliving all the times I told my mom about the abuse and she didn’t listen. And when a cute boy smiles at me, my body is reliving the time a boy from my church smiled as he sexually assaulted me.

I’d been doing EMDR (Eye Movement Desensitization and Reprocessing) for a few months when my sister sent me a package of stuff from m parents’. In the box was Harvey Heart, a book I dictated to my mother when I was two. Harvey Heart tells the story of Harvey Heart of the Heart family, who gets hit by his mom for leaving time-out too soon. Harvey knows better than to cry when he gets hit, though; otherwise, his father would give him something to cry about. He has a bad dream about his family getting eaten by a school of sharks, and then a good dream about eating a strawberry Pop-Tart. I was horrified: I knew how to dissociate from pain and soothe myself with food when I was only two!

It’s been a year since I’ve been getting trauma-specific treatment with EMDR and IFS (Internal Family Systems). I stopped going to Twelve Step programs: they’re based on quasi-religious pseudoscience from the 1930s and the groups are hotbeds for structural injustices of all kinds. The work of releasing trauma has put me in the emergency room for muscle spasms, and the hours I’ve spent ugly crying in front of a straight dude in midtown Manhattan amount to days by now.

I may not have the body of a circuit party Adonis, but I’ve done a fuck ton of personal work. I’m getting better at recognizing my triggers, soothing myself with herbal tea, and asking for help; if I still need cheeseburgers to get me through this Trumpian hellscape, so be it. I’m unwilling to accept the idea anymore that my brain and body, which have gotten me through so many close scrapes, are unacceptable because they’ve made me fat.

Or, at least, I’ll try to accept it less. As it turns out, freedom seems to be less a decision than a practice.

Author’s footnote: On March 7, the Boston Globeannouncedthat Dr. Bessel van der Kolk had been fired from the Trauma Center on allegations of employee mistreatment. Though I can neither condone his alleged behavior nor explain how a physician could devote a lifetime to treating the effects of abuse and, at the same time, allegedly commit similar abuses, I have chosen to retain my reference to and recommendation ofThe Body Keeps the Score. I believe the outstanding level of access it provides to urgent and serious cultural conversations around trauma outweigh the controversy surrounding his personal conduct; however, I encourage the reader to encounter van der Kolk’s work in the context of recent events and draw their own conclusions.