I have not seen The Boys in the Band on Broadway, but not for lack of trying.

I’ve reached out to Polk & Co.—its PR manager—for press tickets, to no response. To date, the production has not been formally reviewed by any queer publication that I can find.

It’s Pride Month, in which we honor the enormous risks taken and sacrifices made by queer people, led by black trans women, in the 1969 Stonewall Riots. Despite the political strides made by LGBTQ+ people over the last 49 years, we remain more likely than our peers to live in poverty. We should be more concerned than ever about democratizing queer representation on stage, and yet, queer people are expected to blindly risk Broadway prices to gain entry to that conversation without the benefit of a queer perspective? I think not.

So I’ve decided to review the lack of access to queer theater, as embodied by this year’s production of The Boys in the Band, instead.

Out ran a piece on April 30 on gay contrarianism through the decades and The Boys in the Band in its “Queer Quibble” section, but it’s not a review, and it ran before the production opened. Les Fabian Brathwaite comes to his verdict on gays, who “can’t like anything,” on community reactions to the 1968 production of the play, its 1970 film adaptation, and various gay films over the last few years. He says, “the beauty of the times we live in is that we don’t have to choose,” pointing to the accessibility to, and variety of, queer films we enjoy in 2018 (to his examples: BPM is available to Hulu subscribers for $8.25/mo; Call Me By Your Name and A Fantastic Woman are $5.99 to stream on Amazon Prime; Love, Simoncosts $14.99 to buy on Amazon). But the cheapest available ticket I could find to Boys in the Band is $99, a difference in price by a factor of 10 from the average U.S. movie ticket price, and certainly much more expensive than streaming. Brathwaite’s argument, predicated on false equivalences and “benefit-of-the-doubt”-ism that has nothing to do with this production, is not to be taken seriously. 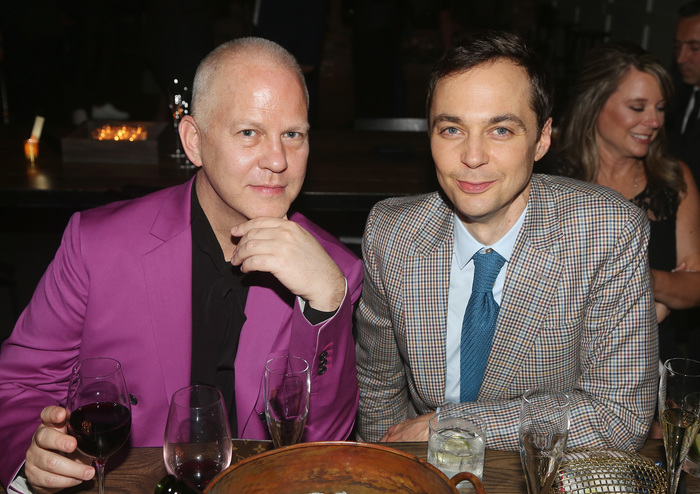 I’m not going to review the production, because the issue, as I see it, doesn’t have much to do with its playwright, its actors, its designers, its technical staff, or its director, who are all doing the necessary and courageous work of advancing a living, breathing piece of theater. (I would love to know how the production handles the racial dynamics around Emory and Bernard’s relationship in 2018, though I suppose I’ll never know.) Rather, I’d like to critique the moral turpitude of Broadway decision-makers who continually refuse to represent the most vulnerable people in the LGBTQ+ community on stage and de-democratize access to the people whose histories they exploit, and refuse to participate in critique by the queer press.

The Boys in the Band also uses the pink triangle, which was used to brand homosexuals in Nazi concentration camps, as its website’s favicon. Nike is currently under fire for similarly appropriating the symbol on a line of shoes—in response, ACT UP has asked Nike to donate to queer causes. As Jason Rosenberg, one of ACT UP’s co-facilitators has said, “We deserve better [than] to have our work be exploited by corporations that profiteer off grassroots resistance imagery.” Is The Boys in the Band donating any of its profits, gained by its exploitation of the symbol, to charity?

And, why this play? Why now? I can’t imagine that Ryan Murphy or David Stone struggle to pay their rent or feed themselves, which, by the way,one in four queer people did as recently as 2016. And, anyway, there’s a film adaptation from 1970, and it’s available to watch on YouTube. (Incidentally, it’s a fine piece—the film is painfully poignant, though it really is of its time.) Is it that producers simply don’t know there are more queer people becoming playwrights all the time? Have they never heard of Google? Or has theater in the United States, at its highest levels of production, become entirely drained of its capacity to shed light on new perspectives?

The people leading Broadway institutions, and the firms that market their engagements, are comfortable with excluding bodies of difference and dissent. If our choice, as queer people, is to either pay rent or see the same old stories reprised year after year, I know where my money’s going.