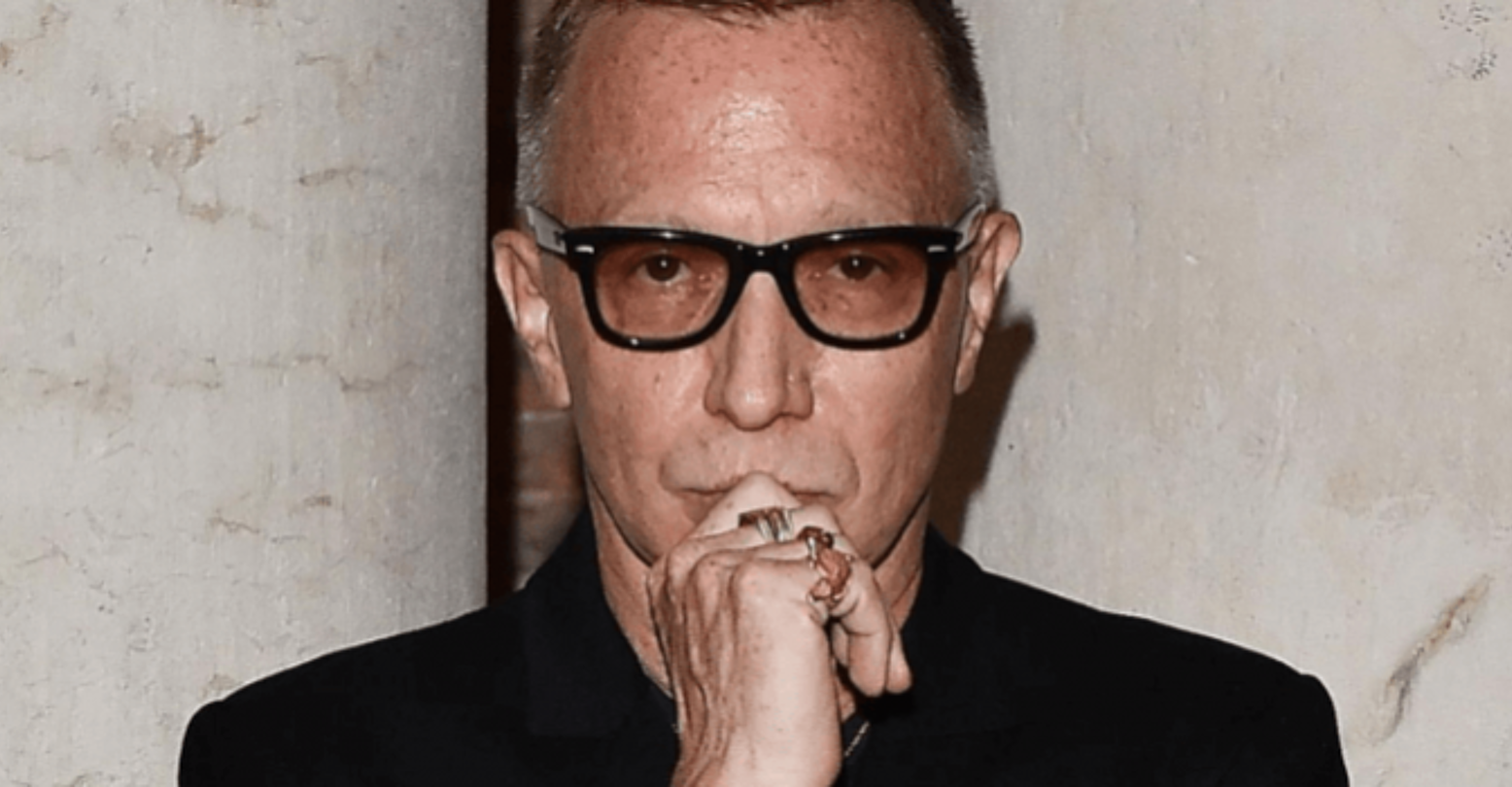 Bruce LaBruce has an interesting history with film festivals.

Some — Berlinale, Sundance, TIFF — have embraced his oft-grotesque queer aesthetic while others have found it too offensive. In 2010, the Melbourne International Film Festival canceled a screening of his film L.A. Zombie, banned by Australian censors. The prolific auteur, whose photography, zines, and other works of visual art have consistently combusted any notions of boundary, is now finding that his latest feature, The Misandrists, is being denied by some LGBTQ film festivals, despite LaBruce’s having been a pivotal part of New Queer Cinema in the ’90s, and effectively coining the queercore movement.

His mid-to-late-aughts obsession with zombies and the undead saw LaBruce venturing into horror films (Otto; or, Up with Dead People, L.A. Zombie) while also continuing to touch on the taboo with Gerontophilia, a film about a romantic/sexual relationship between an octogenarian and a twenty-something young man, and The Raspberry Reich, which followed a German terrorist group (or as LaBruce calls it, “a critique of radical chic”).

The Misandrists has elements of most LaBruce films, which is to say that the actors are largely unseasoned and unrecognizable, the plot is a twist on a well-known Hollywood film (in this case, The Beguiled), and the dialogue is full of diatribes about sex, sexuality, gender, democracy, faith, and the patriarchal capitalist society in which even fictional characters must, in some part at the very least, exist. 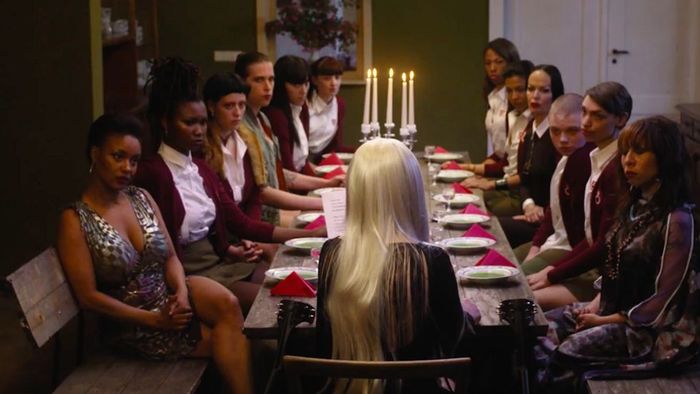 Like many other Sapphic-themed films,The Misandrists takes place in an all-girls boarding school where young women are taught by a fearsome headmistress, though this time, she’s a literal man-hating feminist, a militant lesbian whose lessons rely on the resistance of anything to do with men. Most of the young women are fine with this scenario. They are all sleeping together, sneaking cigarettes, sporting queer looks with septum piercings, bald heads, and punk versions of a Catholic school girl’s skirt and sweater set. But when two of the pupils come across a wounded thief on the grounds and decide to hide him in the basement, his presence (and eventual romance with one of them) threatens to upset the happy misandrist, matriarichal balance.

As a master of genre films, he took the boarding school films often touted for their lesbian leanings, subtext, or specific storylines that ended in punishment and added a B-movie horror element.

“I think people relate,” he says. “Even though the politics are pretty thick sometimes in the movie, it makes it more fun and relatable because of the genre stuff.”

LaBruce doesn’t have an agenda in his films, per se, but he does have something to say, and it’s not always palatable. Reviews of The Misandrists (or any of his films, for that matter) will offer distaste for his brand of culty queer films akin to the kinds of flack John Waters used to get with his earliest works. But unlike Waters, LaBruce hasn’t given us anything that might appeal to the mainstream. While in other experimental films from queer directors, the queerness is shrouded in subtext, LaBruce never hides from a chance to explore and embrace homosexuality.

“There might be a hidden subtext in the original material that I’m referencing that I just kind of make literal,” he says. “So [in The Misandrists], I’m also referencing this Hollywood film from the ‘60s called The Trouble With Angels with Hayley Mills. It’s set in a nunnery, and there’s a very strong lesbian subtext in that film which a lot of people might not even tap in into, so I just make it literal.”

And in The Beguiled, recently remade by Sofia Coppola with A-listers like Kirsten Dunst and Nicole Kidman in the cast, Colin Farrell stars as the soldier taken in and eventually getting his leg amputated.

“Which of course is a symbolic castration in the film,” LaBruce notes. “So I did literalize it [in The Misandrists] and make a real castration.”

Still, the reason he thinks most LGBTQ film festivals disregard the film is not because of its explicit sex or violence or radical misandry.

“Already it was turned down by a lot of the major LGBTQI film festivals, like Toronto and San Francisco and Los Angeles, for I think politically correct reasons,” he says. “I heard on the grapevines [about] one of them — they said simply, they couldn’t show a film about lesbians made by a gay man.”

Which is ironic considering how many gay men (and men in general) have been at the helm of highly-lauded lesbian-themed films in the recent past. Carol, for one, was directed by Todd Haynes, who also came up in New Queer Cinema.

“In the ‘80s in the queercore punk movement, even back then, it was about intersectionality in terms of solidarity between fags and dykes and transgender people, and not being divided into these kind of subcategories that never have any kind of interaction with each other,” LaBruce says. “So I mean just as I think this film would be of interest to lesbians, to feminists, and to women, I would hope that men would be — especially gay men would be interested in it, too.”

Another festival, he said, found the film transphobic. (Without giving too much away, there is an element that could be perceived as such should the viewer not be in on utilizing that very notion of transphobia to make a commentary on womanhood and the radicalization of genitals as a basis for gender ideation.)

“It’s about inclusion; it’s about this trans woman who is obviously a woman and she gains acceptance in this group of previously exclusionary feminists,” LaBruce says. “You have to take it in the context of the absurd and the campness, the absurdity and the campiness of the film, you know? It’s not meant to be taken as a prescription about how to approach gender politics of as a kind of realistic depiction of gender reassignment or anything like that.”

LaBruce’s art is almost of a different time when queer camp and horror could exist without literal interpretations (or rather, misinterpretations). But unlike some of his contemporaries who have chosen to go more mainstream, LaBruce is happy to continue to make work independent of financiers who dictate what they believe audiences are able to easily digest. 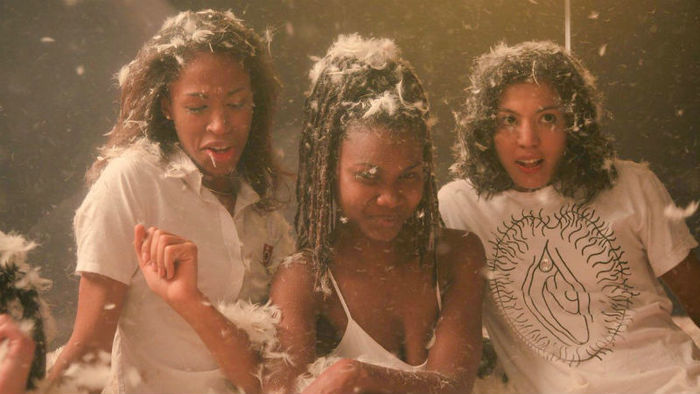 “I think it’s an inevitable byproduct of assimilation,” he says. “Trying to show the average person that homosexuals are just the same as everybody else except they just happen to love differently. My philosophy of homosexuality is much different and I’m about celebrating the outsider status and kind of using being marginalized to your advantage as a strategic political place to be in.”

Maintaining that outsider status has made LaBruce a cult figure in his own right, a recognizable name synonymous with his work — which isn’t to say predictable, just consistent. He enjoys being “more…avant-garde or underground” he says, where he “has a more invisible influence on society.”

“The idea of toning down homosexuality — toning down gay sex — in order to appeal to a broader audience, making gay sex or the gay lifestyle more palatable, or just being a ‘good gay’ and portraying these characters who are non-threatening and well-behaved — there’s plenty of those movies happening,” LaBruce says. “So I think it’s important for other people to keep on the tradition of the more gay avant-garde, which has always been to challenge the status quo, to challenge sexual conventions, and to be more unapologetic about being gay. You don’t want to be tolerated — you’re completely living on your own terms and saying ‘fuck you’ if you don’t like it.”

Though The Misandrists might leave some confused, or challenged, LaBruce doesn’t mind as much as he hopes to be understood by at least part of his own community.

“It’s meant to be over the top,” LaBruce says. “It’s done, like I said, as a B movie horror kind of trope, so it’s very much tongue in cheek. So I think if you go with the spirit of the film and don’t take those kind of political things literally, but more kind of symbolically and in terms of kind of pop culture kind of poetic license, it shouldn’t really be that offensive.”

The Misandrists is open in select theaters now.