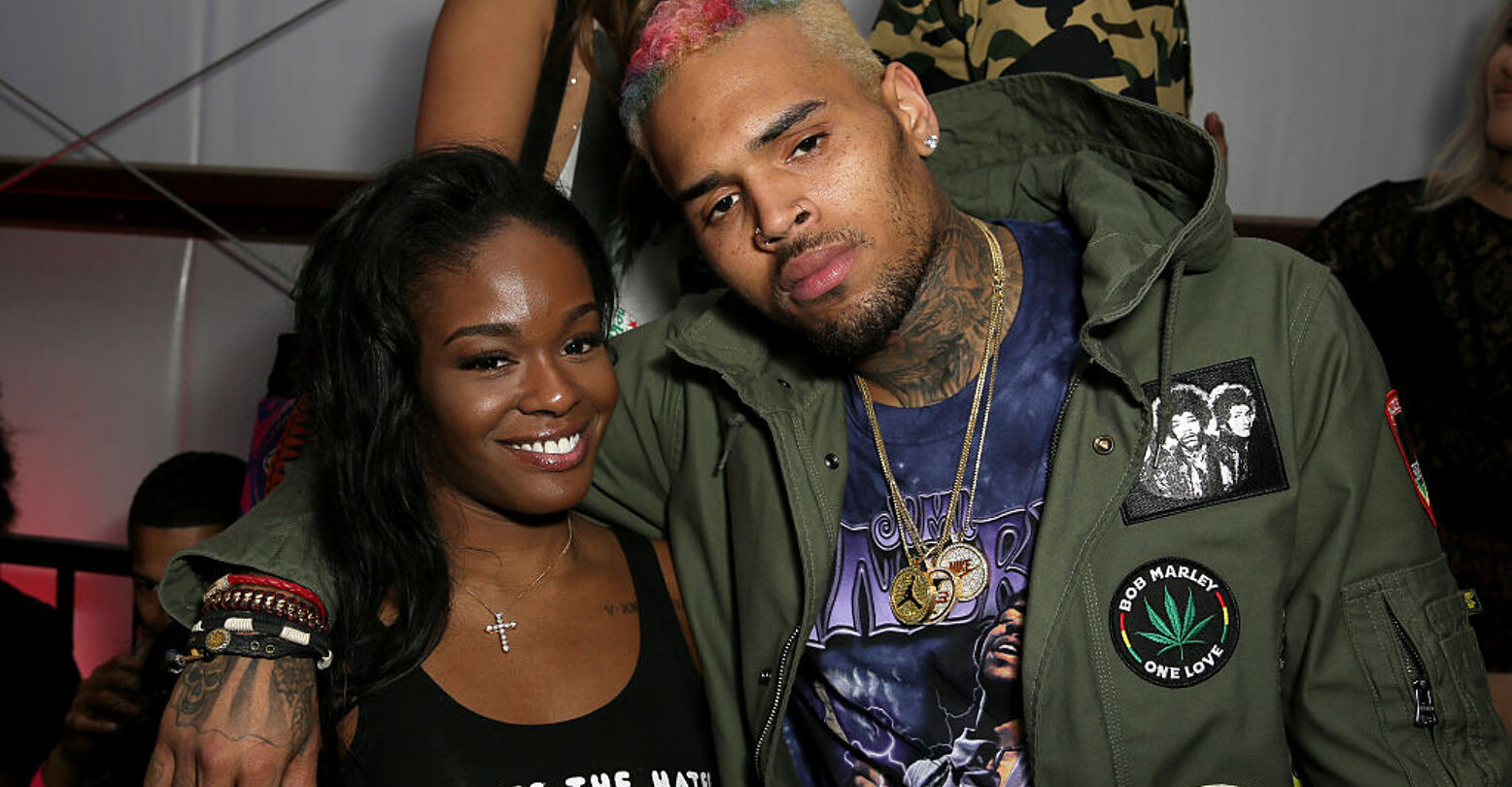 The LGBTQ community is as vast as the colors of the rainbow that represents it. It is full of people who represent a very diverse background of not only people, but also ideas. As queer people, we share a common bond in queerness that feels unifying. However, it’s not something that comes with a manual to teach us how to navigate the relationships and sensitivities within our community. And with such a diverse atmosphere, comes an LGBTQ community ripe for social, economic and racial conflict.

Queer leaders, performers, and icons are held to a very high standard for their beliefs, due to the responsibility that comes with their platforms. It’s no secret that LGBTQ representation in mainstream culture is limited, to say the least. Not only are we represented in limited numbers, but the diversity of our representation is limited as well. The LGBTQ community gives our celebrities and other public figures so much praise and power because we understand that their path to success of any kind couldn’t have come without struggle, pain, and a boatload of rejection.

With our limited representation, comes the implied caveat at times that queer people with platforms represent us all and do so well, but eventually, LGBTQ icons will make mistakes, because (just like any other humans) that’s what people do. The problem is, in navigating and issuing forgiveness within the LGBTQ community for those mistakes, the well for QPOC is pretty much dry.

Forgiveness, like other social constructs, is also influenced by hierarchical power structures that value the success of some over others. Some are deemed worthy of it more than others and the social algorithm of the determination makes Black queers less likely to receive it. In an LGBTQ community that is dominated by white representation, power, and privilege, it comes as no surprise that, for them, forgiveness is at the top of the list.

With a Presidential administration terrorizing LGBTQ people and the rise of social justice movements like Black Lives Matter and #MeToo comes the increase of a pervasive “cancel” culturea callout culture in which not only do people need to be corrected and apologize for their mistakes, but also relinquish their ability to work or do anything again by those blinded with rage. Growing voices call for our leaders and those with power to be responsible for the growth of all of us. Everyone must catch up with the times and catch up quick. While the fight for equality is incredibly important, we can not lose our grip on the reality of human error in our search for hatred free world.

Black people have learned (or are forced to accept) that we should judge our allies by where they are now, and not based on where they were in the past. Not only that, but we must make room for the fact that those allies will make mistakes as they go along. Otherwise, we would live in a state of constant disappointment that leads us nowhere. Non-Blackparticularly white people in LGBTQ community never really learned that lesson, because aside from being queer, they’ve always felt supported in a world their ancestors designed to benefit them. It creates a sense of entitlement that everyone must exist to support them fully and correctly with little room for anything else.

RuPaul and Azealia Banks are Black queer people who have made some very public mistakes. RuPaul with regard to the trans community on Drag Race and drag culture as a whole. His remarks have been hurtful and rightfullyill-received. But RuPaul represents a type of Black queer whose power, pervasiveness, and success make him worthy of awe. He’s been given a platform and power so large it’s hard to imagine that anything could take down RuPaul.

However, not all Black queer people are protected in this way.

Azealia Banks is an immensely talented Black bisexual rapper who has definitely said plenty of things she shouldn’t have. She’s a combative firestarter with a lot of opinions. Sometimes she’s radical. Other times, she’s wrong. There is a difference between the two. She’s compared cis white gay men to the KKK and she even called Perez Hilton a “messy f*ggot.” Admittedly offensive, pejorative and hyperbolic statements, but not statements devoid of some truth at the core. At one point, many people knew more about her Twitter beefs (her account was eventually suspended) than they did her music.

Banks was placed on a “naughty” list in Out magazine along with the likes of convicted rapist Brock Turner and white nationalist Steve Bannon, a gross comparison. However, she’s recently been on an apology “tour” to those she’s offended as well as communities. Presumably, some of this has to do with her new song “Anna Wintour,” but perhaps she’s learning to be better. Either way, it seems, as a community, many are unsure whether she is worthy of forgiveness.

Josh Rivers, a Black gay man, underwent a very public lambasting and scandal just last year. Rivers, who had been newly appointed editor to Gay Times magazine was “exposed” by Buzzfeed in an interview for some particularly anti-Semitic and problematic tweets he made nearly a decade ago. The interview seemed more like a hit job on Josh’s professional career than concern about his ability to do his job well now; a body of current work that has shown his love and commitment to uplifting the LGBTQ community. Rivers was harassed viciously on social media and eventually deactivated several of his accounts. He now is head of communications for UK Black Pride and runs the podcast Busy Being Black exploring and celebrating Black queer lives. 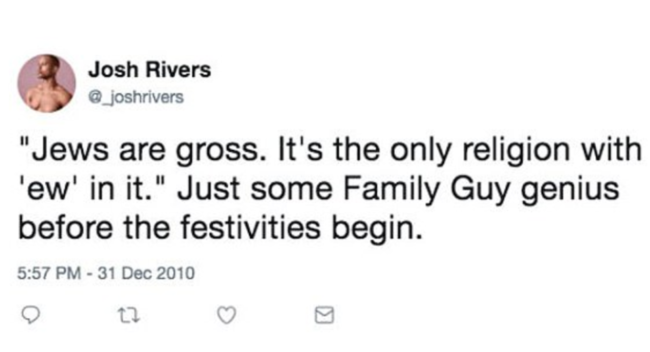 The passion and utter relentlessness in which Black queer people are to be knocked from their pedestal is not only alarming highlight of anti-Blackness, but the fierce realization of the lack of capacity for growth Black queers are afforded. These mistakes from Black queers allow non-Blacks the chance to reinforce the idea that Black people are not worthy of forgiveness because their mistakes are not just mistakes but a revelation of their true nature. Black success in queer spaces and avenues is seen as an anomaly to non-Black queers. So, when Black queers make mistakes or hold a misguided belief, it makes it easier to shove them out of the spotlight, because, historically, despite contributing immensely to queer culture and in the natural propensity to protect white supremacy, white queers have not viewed Black ones as centric to the LGBTQ community narrative to begin with.

None of this is to say that actions shouldn’t have consequences. Far from it. Accountability is important, but the statute of limitations in the court of public opinion for which Black people can be held accountable and tried for mistakes seems nonexistent. There is this looming societal idea that Black people are incapable of change. It’s rooted in very racist ideals that being savages is the nature of who we are. The opposite is true. Especially for Black queers who operate at an intersection of identities that are the most violently marginalized. We have little to no privilege, so our capacity to learn how our misguided beliefs are wrong and grow from them is arguably larger than that of our non-Black counterparts who still operate with an immense amount of privilege by comparison. Especially in the USA.

White queers like Jeffree Star, James Charles, and the like have had plenty of success despite their misgivings and racist past. While James’ youth allows a bit of room for empathy, Jeffree has been caught on video several times calling Black people “n*ggers.” That act has been offensive for decades. The use of “N*gger” in any form by non-Black people isn’t a modern sensitivity. Similarly, Eureka O’Hara, a contestant on both Seasons 9 and 10 of RuPaul’s Drag Race, has been shown on a video he posted saying the word “n*gga” repeatedly and no one seems to care. All three continue to be gainfully employed and supported by many of their peers. 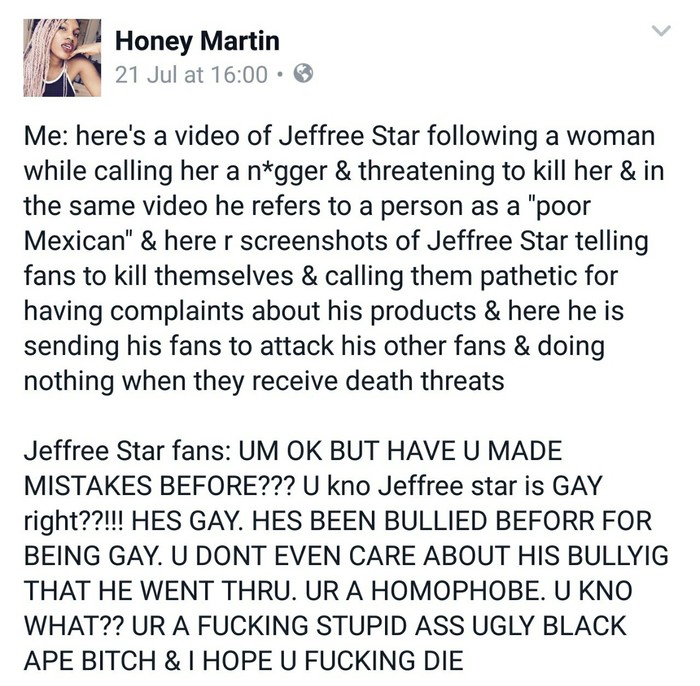 They shouldn’t be denied a right to forgiveness either, but it’s worth highlighting the hegemonic power structures that protect their ability to succeed. The same structures in the LGBTQ community that work actively to inhibit Black queers from being able to succeed in the same capacity. It’s time to challenge those ideals and structures, because they follow clear lines to other systemic types of Black oppression.

Historically, there is a lot of background for how this failure to accept Black growth or mistakes operates. It’s most clearly seen within a criminal justice system that unfairly punishes Black perpetrators much more severely than it does white ones. It’s a system of oppression that trickles down into the day-to-day lives of Black people, one that doesn’t get accounted for in judging our behavior or circumstances.

Instead, we’re expected to be twice as good to achieve half as much, while if we are half as bad, we receive twice the punishment. This cycle must end not only in our justice system, but within the LGBTQ community as well.

The LGBTQ community is far from a queer utopia. In the current day and age, we as queer people find ourselves at odds over many things in our community. That growing voice should always exist and it shouldn’t be stifled out. As we do so, we must make a conscious effort to educate and uplift while checking to make sure that we do not contribute to the oppression of QPOC. Failure to do so only supplements a system of marginalization that already has a strong hold on our community. One that is primarily the job of those who benefit from it to destroy.