Holy representation, Batman! After years of teasing fans with references to Gotham City and a gadget-wielding vigilante, the Arrowverse will finally welcome a member of the Bat-Family onto their shows later this year, and no, we’re not talking about the Caped Crusader.

Last week, Arrow star Stephen Amell revealed that Batwoman will make her live action debut this fall, fighting alongside our heroes in the annual crossover. While details surrounding her character’s appearance are yet to be revealed, comic book fans already know that Kate Kane is both gay and Jewish, providing The CW with another opportunity to further improve the representation of minorities on the small screen.

The first version of Batwoman was originally introduced by DC Comics way back in 1956 to deflect concerns that Batman might be gay. Ironically enough, things changed for the better when she was reintroduced exactly 50 years later as a lesbian, signifying the publisher’s desire to diversify with queer superheroes who actively take a lead role.

Over the years, LGBTQ themes in comics have been marginalized for the most part and even when visibility began to increase by the early 2000’s, the majority of characters who deviated from the sexual norm were new or secondary heroes. While the same was technically true of Kane when she arrived in 2006, DC was smart to associate this openly lesbian hero with the Bat-Family, instantly validating her existence in a way that had never been achieved before.

Since then, other DC favorites like Harley Quinn and even Wonder Woman have also been canonically confirmed as bisexual, but it was Batwoman’s visibility as a LGBTQ icon that undoubtedly paved the way, even if she didn’t leap over every obstacle in a single bound.

Back in 2009, writer Greg Rucka and artist J.H. Williams III crafted Batwoman’s first solo venture in Detective Comics, earning both Eisner nominations and a GLAAD Award for their portrayal of the kick ass heroine. A solo title soon followed that developed a burgeoning romance between Kane and Detective Maggie Sawyer. However, Williams and his new co-author, W. Haden Blackman, clashed with their bosses after they tried to take Kane’s love for Sawyer to the next level. Much to the outcry of LGBTQ fans worldwide, DC wouldn’t let the creative team have their way and so put a stop to Kane’s marriage plans.

Following this controversy, Batwoman’s title was cancelled in 2014 soon after a new writing team took over. Although the vigilante has since appeared in other comics and even an animated movie called Batman: Bad Blood, Batwoman’s live action debut is exactly the kind of redemption that both the Arrowverse and this LGBTQ icon sorely deserve. 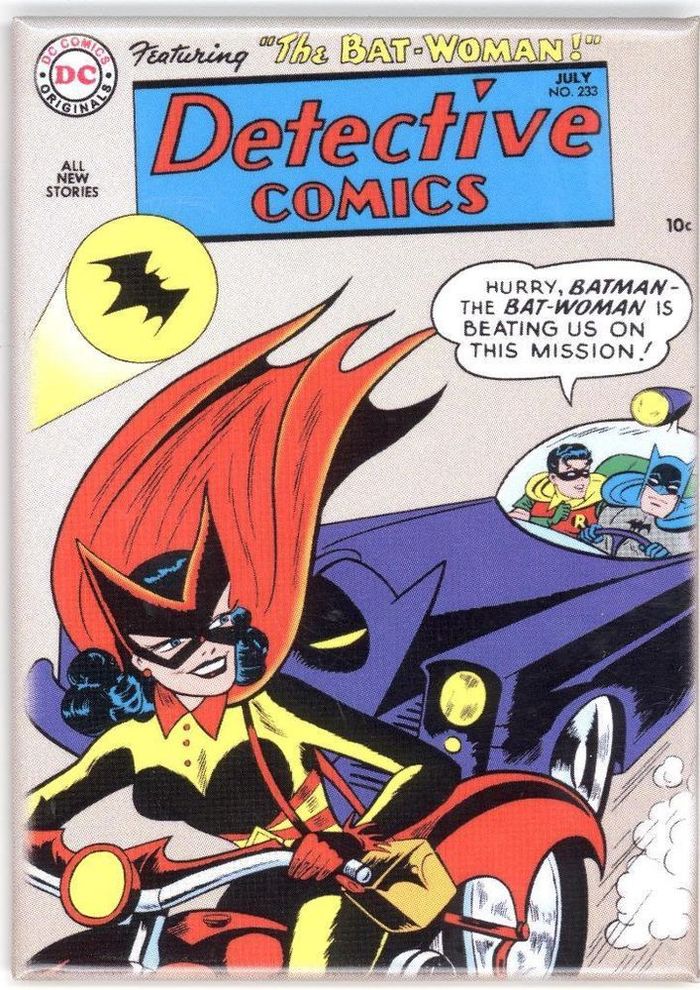 Though it hasn’t given a gay superhero their own show, The CW has become one of the queerest networks out there. In the last year alone, Sara Lance’s bisexuality became more integral to her story in Legends of Tomorrow, Black Lightning just introduced the first lesbian black superhero on TV and the last annual crossover gave fans a ‘super’ gay kiss on The Flash. The CW has also made its fair share of mistakes, something that the addition of Batwoman could hopefully rectify.

Chief among these issues is the way that Supergirl handled the relationship between Alex Danvers and Maggie Sawyer. Adored by fans worldwide, ‘Sanvers’ was probably “2017’s most shippable queer female romance”… that is, until they broke up, sending Tumblr into a tailspin. Given that the annual crossovers usually include each of the major characters at some point, it wouldn’t be surprising if Danvers met Batwoman, which in turn could lead to the return of Sawyer as they share a romantic history in the comics.

The likes of Lance and Danvers have grown in popularity with both queer and straight audiences, yet neither are particularly renowned outside of specific comic book circles. Although the same could be said for Batwoman right now too, her association with one of the world’s most popular heroes instantly raises her profile in a way that no other LGBTQ character can currently match. Whether she ends up starring in her own show or remains a supporting player in the Arrowverse, Kane will help normalize the concept of queerness for fans of all ages while inspiring younger LGBTQ audiences who yearn to see themselves reflected in their heroes on screen.

Batwoman may fight from the shadows, but her character stands resolutely on the frontlines of queer representation in #20GayTeen. Let’s just hope that The CW learn from the mistakes that DC Comics made and give Kane the story that she deserves. After all, straight people already have countless heroes to look up to. It’s about time someone saved the world for us, too.