Pro wrestling’s embarrassing history with overt misogyny and sexism have kept many away from the sport. WWE, the world’s largest pro wrestling company, has attempted to address this shameful past by making significant, seemingly good-faith changes to its women’s division, including the 2016 rebranding of female athletes as “superstars” (instead of “divas”) and the creation of an all-women’s wrestling Pay-Per-View earlier in 2018. The political motivations of the WWE, a company which still donates millions to right-wing efforts and has made a questionable allegiance with the Saudi Arabian government, remain quite patently conservative despite the progressive face they sometimes pretend to wear. But upon closer examination, it seems some truly subversive things are happening within their carefully curated narrative.

Take, for example, the ascent of superstar Becky Lynch.

Becky Lynch has been wrestling with the WWE since 2013, when she first appeared as part of their developmental brand, NXT, and was routinely portrayed as a plucky underdog who often came up short when it counted. Lynch quickly earned her reputation as a legitimate competitor: her matches with Bayley, Charlotte Flair, and Sasha Banks have since become fan favorites and earned the athletes the nickname The Four Horsewomen of NXT, an allusion to an older, legendary stable of male wrestlers.

Lynch was brought up to the WWE’s main roster (with an unfortunate steampunk gimmick) in 2015 as part of the company’s transparent yet frequently mishandled efforts at creating more serious female storylines; although WWE proclaimed that an evolution was occurring, fans noted that women were continuously placed in short, meaningless tag matches with no backstory whatsoever, sparking hashtag campaigns. Still, when the WWE split their brand into two different rosters, Lynch became Smackdown’s inaugural champion and remained one of the company’s most beloved entertainers. Despite being given short matches, Lynch still stuck out as a hyper-competent and charismatic performer, consistently channeling an optimistic punk spirit in feuds with less developed talents like Staten Island Queen Carmella and the bratty, enfant terrible of the WWE, Alexa Bliss. 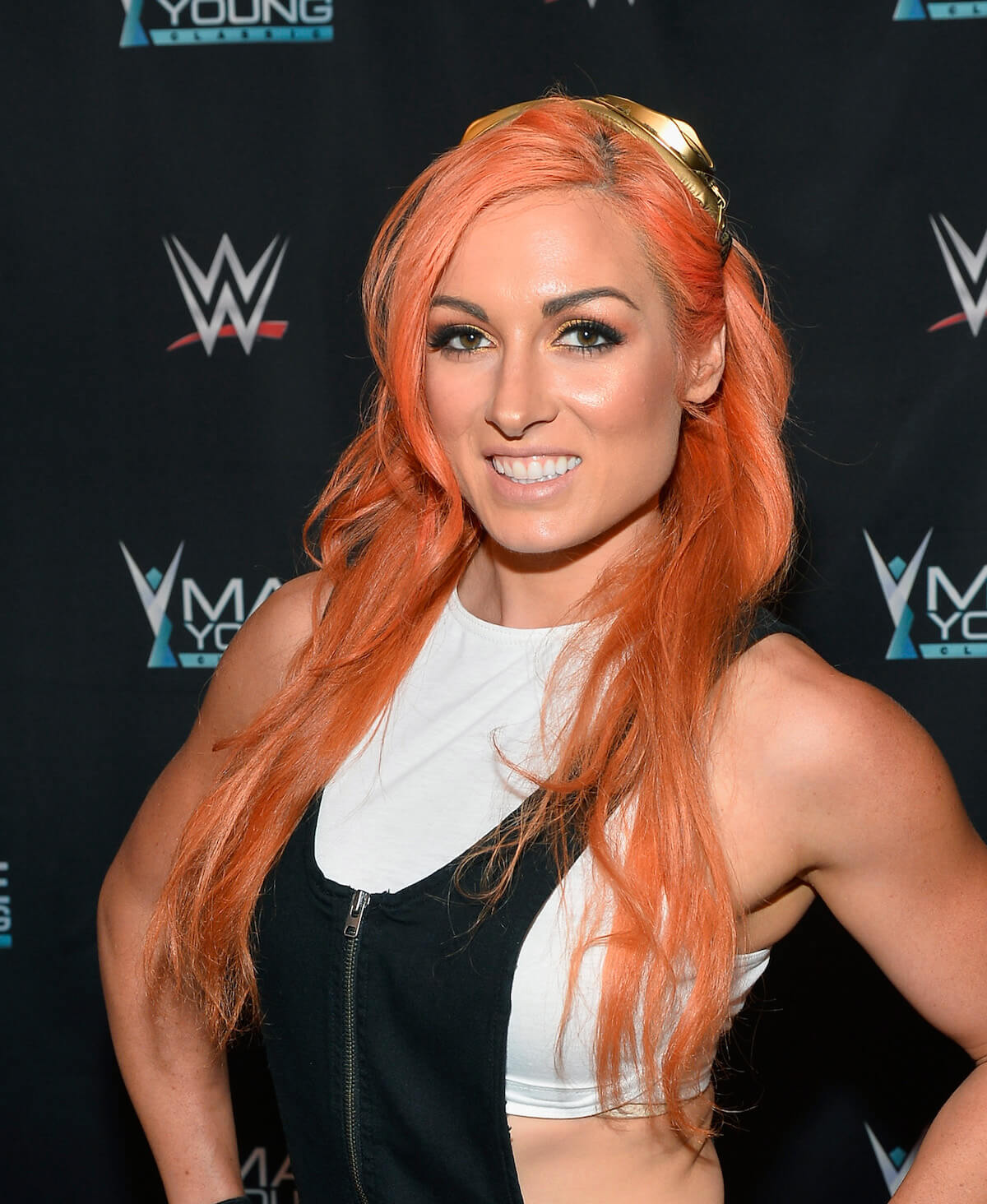 Once on the main roster, Lynch was regularly displayed as a fun-loving yet gullible babyface (wrestling slang for one of the good guys). She lost the title and repeatedly trusted allies who would turn their backs on her. She was regularly defeated in matches due to her somewhat naive nature. Amidst her fall from the top position, writers faced backlash for positioning men at the center of even the women’s division storylines. Despite all this, she remained an endearingly punny presence on social media and somehow never lost her fanbase.

Then, after a big loss at SummerSlam, Lynch attacked her long-time nemesister Charlotte, effectively announcing herself as a heel (a bad guy).

What the WWE didn’t expect was that despite her newly nefarious alignment, Becky Lynch would remain a fan favorite. It turned out that audiences were more than thrilled to see their favorite dark horse fighting back against those who had wronged her in the past, both in the ring and in increasingly savage social media posts, forcing the WWE to re-write her as more sympathetic and less outwardly hostile to the crowds. Becky quickly reclaimed her title from Charlotte, and with new cocky poise, declared herself “The Man”  — an homage to Charlotte’s father, Ric Flair, a Hall of Fame wrestler whose catchphrase used to be, “To be the man you gotta beat the man.”

In Lynch’s own words: “You can call yourself a queen, or a boss, or even a goddess,” she wrote on Twitter, referring to the nicknames of her rivals, “but if you want to see narrow minds explode, call yourself The Man.”

You can call yourself a queen, or a boss, or even a goddess – but if you want to see narrow minds explode, call yourself The Man. pic.twitter.com/YEtqDBZuqL

WWE, either consciously or unconsciously, managed to slip in this subtle gender subversion under the cover of wrestling history, letting macho wrestling fans averse to lefty feminist jargon believe the epithet was simply a reference to wrestling mythos of yore. Meanwhile, those who wanted to could hear the double-register on which Lynch was speaking: in a genre so frequently hostile to women and gender-non-conforming individuals, her reclaiming of masculinity could be seen not as a statement about her actual gender identity, but as a kind of meta-commentary on gender. In wrestling and in the real world, men are thought of as dominating — and now Becky is, too.

The plot thickens: At Survivor Series, a Pay-Per-View event in which the WWE’s two brands battle each other, Becky led her team of Smackdown superstars into battle with RAW’s women. She was poised to face former MMA athlete and current RAW Women’s Champion Ronda Rousey but, in an unfortunate encounter with Nia Jax, had her nose broken and became concussed.

Lynch’s blood-drenched boasting went viral on social media, further establishing her as the badass fans had always seen her as. But she was reluctantly forced to pull herself out of the match, despite it being one of the most anticipated fights of 2018.

Everyone writing love letters to each other on social media about #SurvivorSeries tonight. Well here’s my statement: I cannot wait to get out of doctor jail and rip all your faces off. Signed, The Man. pic.twitter.com/orSFn41CN1

As Lynch and Rousey traded insults on Twitter, a new narrative emerged for those who could see it. Rousey, who has previously expressed a plethora of transphobic beliefs for which she has refused to apologize, came for Lynch’s nickname.

“I don’t enjoy moping around at home marinating in penis envy trying to figure out how to pee my name in the snow like #TheMillennialMan does,” Rousey wrote in a tweet, once again showing her concrete linking of gender and anatomy.

See that’s how we differ. I don’t enjoy moping around at home marinating in penis envy trying to figure out how to pee my name in the snow like #TheMillennialMan does. The only thing that makes me feel better is defending my title.

Veering dangerously into the biological essentialism that Rousey had faced criticism for in the past, Lynch offered several comebacks, again speaking both symbolically and literally, with characteristic wordplay. In an interview with PinkNews, Lynch offered both her support for LGBTQ individuals (perhaps pointedly aimed at Rousey) and her idiosyncratic take on the meaning behind “The Man.”

“It’s walking into the locker room—the male locker room—it’s like, ‘Sorry, lads, none of you are cutting the mustard. I’m the man now. I’m taking over the ship now,” Lynch said. “I’m the most victorious of all Superstars, both on Raw and SmackDown, in 2018. I’ve won the most matches. Therefore, I am the man of not just the women’s locker room, but also the men’s locker room.”

And on Twitter, Lynch fired back with viciousness: “Hey Ronnie, does this give you me-ness envy?” she asked, paired with a gif of the audience cheering for her during a segment featuring Rousey.

What, exactly, is the WWE trying to tell us about gender politics in 2018 by pitting a noted transphobe against a gender-bending brawler? And what does it mean for the future that fans are overwhelmingly backing the latter? Despite the WWE’s persistent, stubborn conservatism amidst fan outcries, it appears something resembling progress has snuck in through the back door. 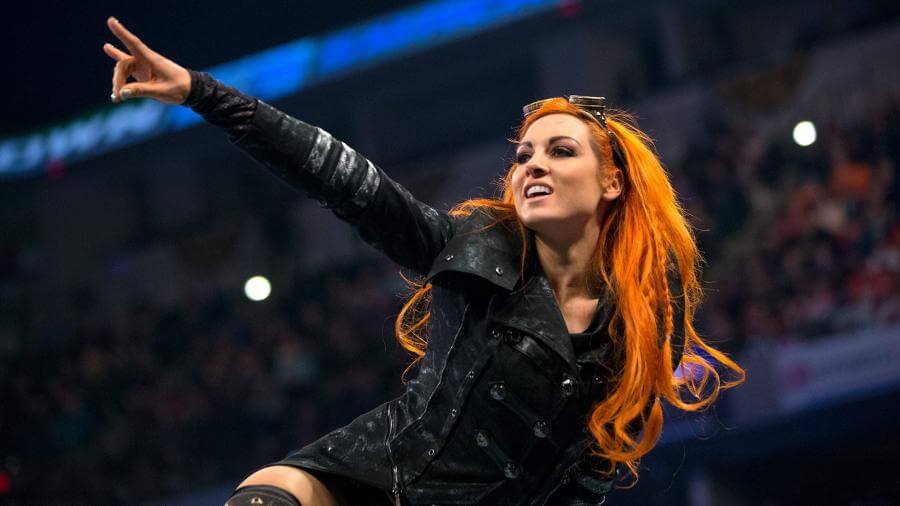 Although Becky Lynch vs. Ronda Rousey has not materialized as a match quite yet, rumors are swirling that the two might finally do battle in the main event of Wrestlemania, the company’s biggest yearly show. This would mark the first time women have ever headlined at Wrestlemania in history. How WWE writes this given the rules they’ve set up is complicated: since the women remain on separate brands, one of them would have to lose their title before January, then win the Royal Rumble, thus granting them the ability to hop between the two shows. With Becky Lynch facing Charlotte and fearsome Japanese wrestler Asuka at TLC on Sunday, this is looking ever more like a real possibility.

In the popular imaginary, pro wrestling has been represented as a paradigm of traditional masculinity, in which strong, muscular men patrol the borders of gender and punish those who diverge from the norm. With women now at the forefront of the genre in both the indies and the mainstream, performers are now testing the limits of rigidity around gender. Considering Lynch’s continuing outsized popularity when compared with every other wrestler (male or female) on the roster, it seems obvious that fans are on board.

Images via WWE and Getty