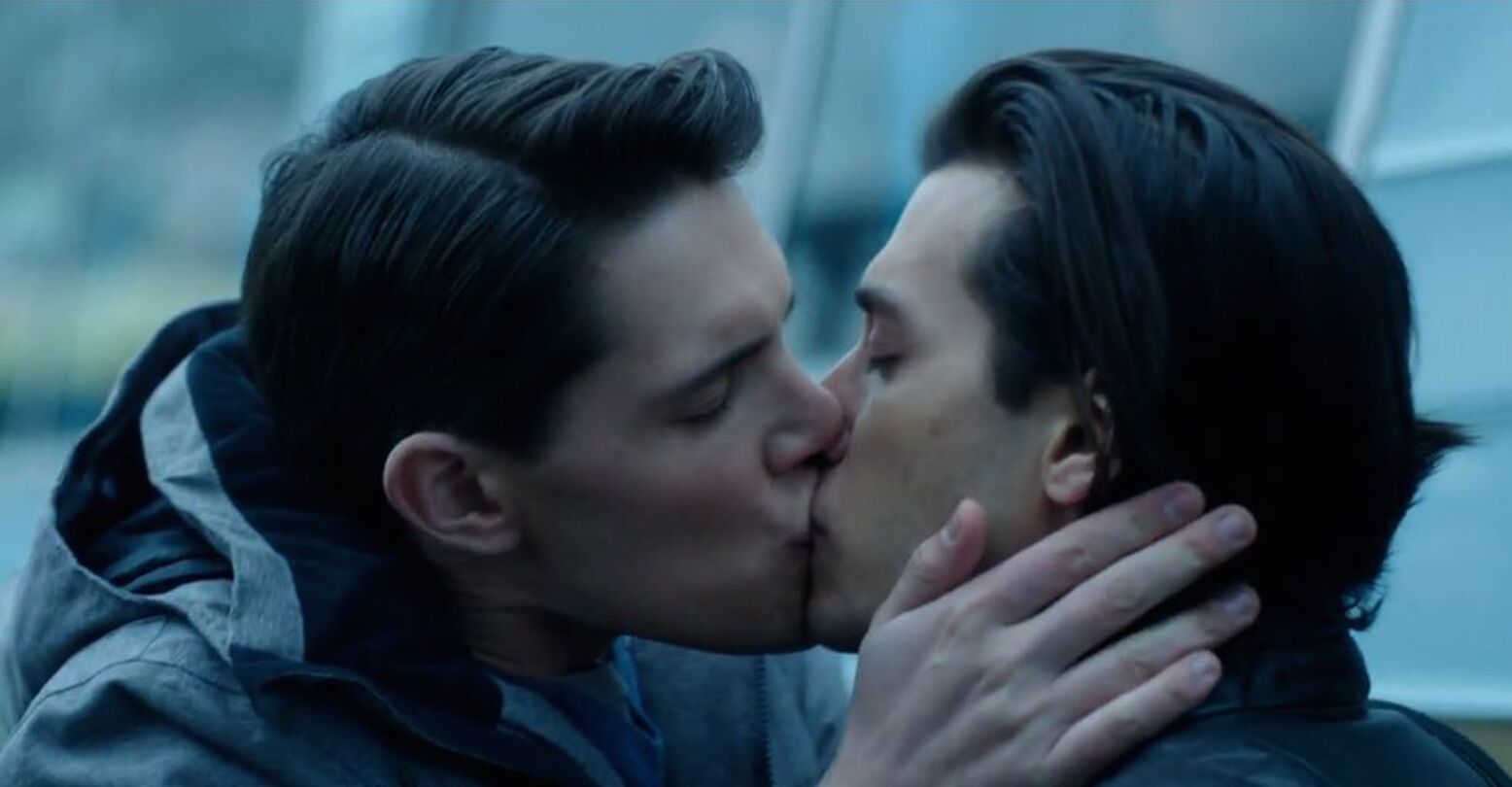 From murderous mobsters to hooded serial killers, the teens of Riverdale face new challenges every day, but the show works best when it grounds these larger-than-life issues with the kind of problems that kids face in real life. While Betty fights to control her temper and Veronica takes “Daddy Issues” to a whole new level, Kevin Keller is a young gay man struggling to find love in small town America.

Admittedly, Kevin is portrayed to be rather happy for the most part, especially after he was promoted to become a series regular in Season 2. For the show’s sophomore outing, time was taken to imbue Casey Cott’s character with far more nuance than your typical “gay best friend.” However, the one thing that still separates him from the rest of the gang is a lack of love in his life. Even other queer characters like Cheryl and Toni have now found each other, yet Kevin remains on the fringe, living vicariously through his friends and the occasional screening of Love, Simon.

It wasn’t always this way though. Back at the end of Riverdale’s very first episode, Kevin and Moose Mason headed down to Sweetwater River to quench their thirst in more ways than one. Unfortunately for them and us too, their libidos were quickly doused upon discovering the deteriorating body of Jason Blossom. Kevin’s love life was then put on the back burner for a bit while Archie floundered between the various girls in his life. It wasn’t until Joaquin DeSantos hit the scene that the Sheriff’s son finally found what he was looking for, albeit temporarily. 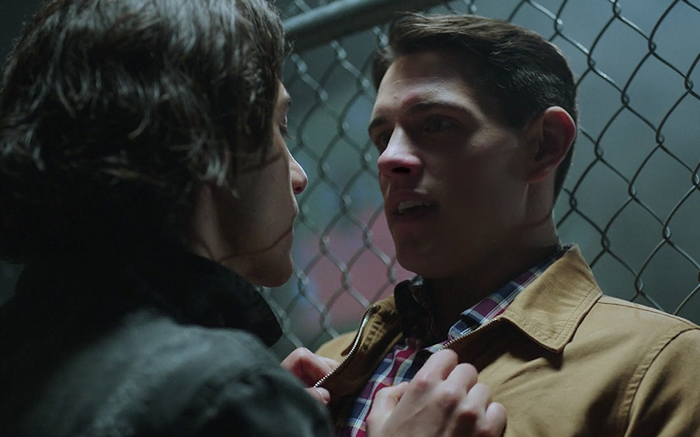 A highlight of Season 1 was the moment when Kevin and Joaquin first hooked up, passionately making out against a chain-link fence. Riverdale delivered on the promise of that scene by developing a relationship between the pair, but then that was taken away too. In an ironically cruel twist of fate, Joaquin left for a town called San Junipero, named after the digital haven in Black Mirror that’s become a powerful symbol of queer love for women in recent years.

However, as Cott’s role increased in Season 2, so too did the focus on Kevin’s sexuality. In the episode titled “Watcher in the Woods,” Riverdale did what very few mainstream shows would ever have the guts to do and openly explored gay hookup culture on TV. Not many queer characters on screen exist in a small-town setting like Riverdale, so it was admirable of the show to tap into this universal experience that so many have experienced yet rarely see reflected in the shows outside of specifically queer material like Looking or Eastsiders.

Kevin was admonished by his friends at first for deciding to cruise, which in turns provided him with the chance to defend his actions, no matter how dangerous they might have been. For once, the focus wasn’t on the central quartet and instead, the show lent an ear to the crippling loneliness that many young gay men like Kevin face in real life, too.

Unfortunately, this progressive move was hampered somewhat by Riverdale’s need to associate gay sex once again with danger, just like the show did all the way back in its very first episode. By exposing Kevin to the danger of the Black Hood while searching for a midnight tryst, this storyline echoed the link between death and homosexuality that became such a common trope back in the ‘80s and ‘90s.

Since then, Kevin’s love life has taken a back seat for the most part, aside from occasionally locking eyes with Moose and that time Betty used him to chat up her “brother,” Chic, online. However, things changed dramatically towards the end of Season 2 after Midge was killed at the hands of the Black Hood and Moose found comfort in Kevin’s arms. With his girlfriend now out of the picture, is romance in the air for these two in Season 3?

Despite their differences, Moose and Kevin are exactly the kind of mismatch that works onscreen. It’s clear that the pair share feelings for each other and whether Moose is gay, bisexual or something else entirely, it would be commendable for Riverdale to explore other forms of male sexuality that contrast with what we’ve seen on the show so far. However, pushing them together in the wake of Midge’s death would only perpetuate the stereotypical association of tragedy with gay love even further.

Kevin deserves a real relationship that’s on the same level as the romances that Archie and co have openly enjoyed since the show began. Will Moose be the one to break that cycle? Quite possibly. After all, showrunner Roberto Aguirre-Sacasa even told EW that he hopes their kiss in the Season 2 finale will result in “more than just a moment of passion,” but doesn’t Kevin deserve better? Instead of ending up as Kevoose, Moosevin or whatever crazy nickname the shippers come up with next, Kevin deserves a boyfriend who puts him first, and not someone who picks him out as a consolation prize.