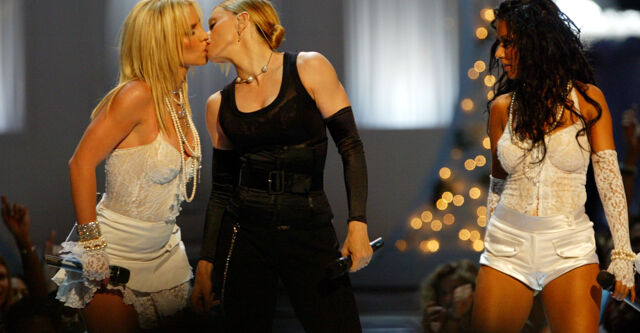 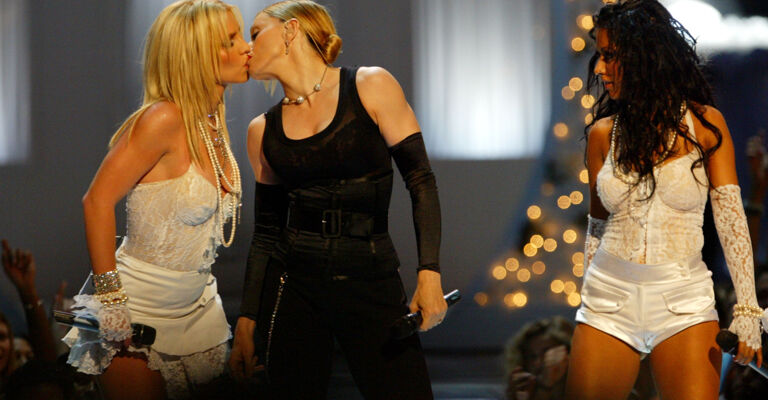 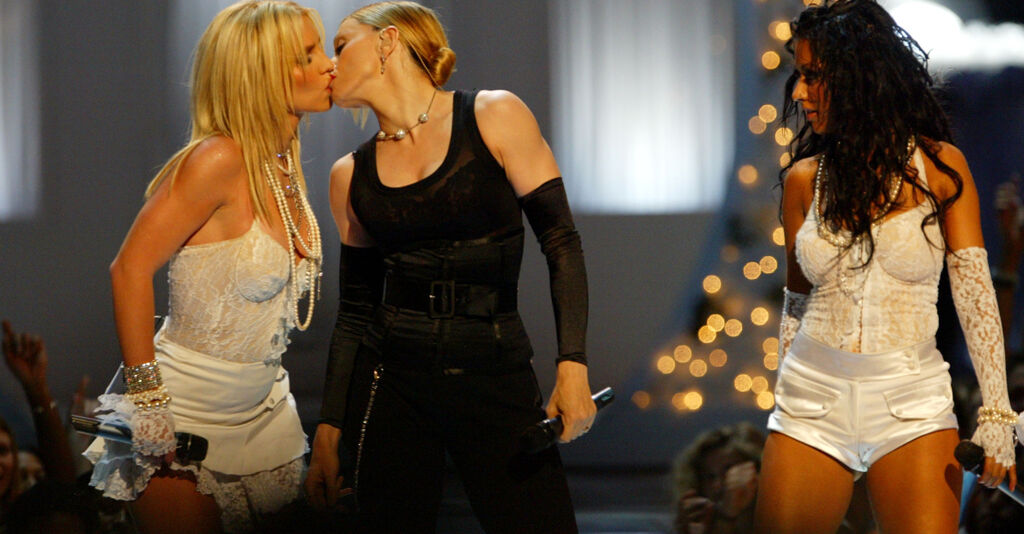 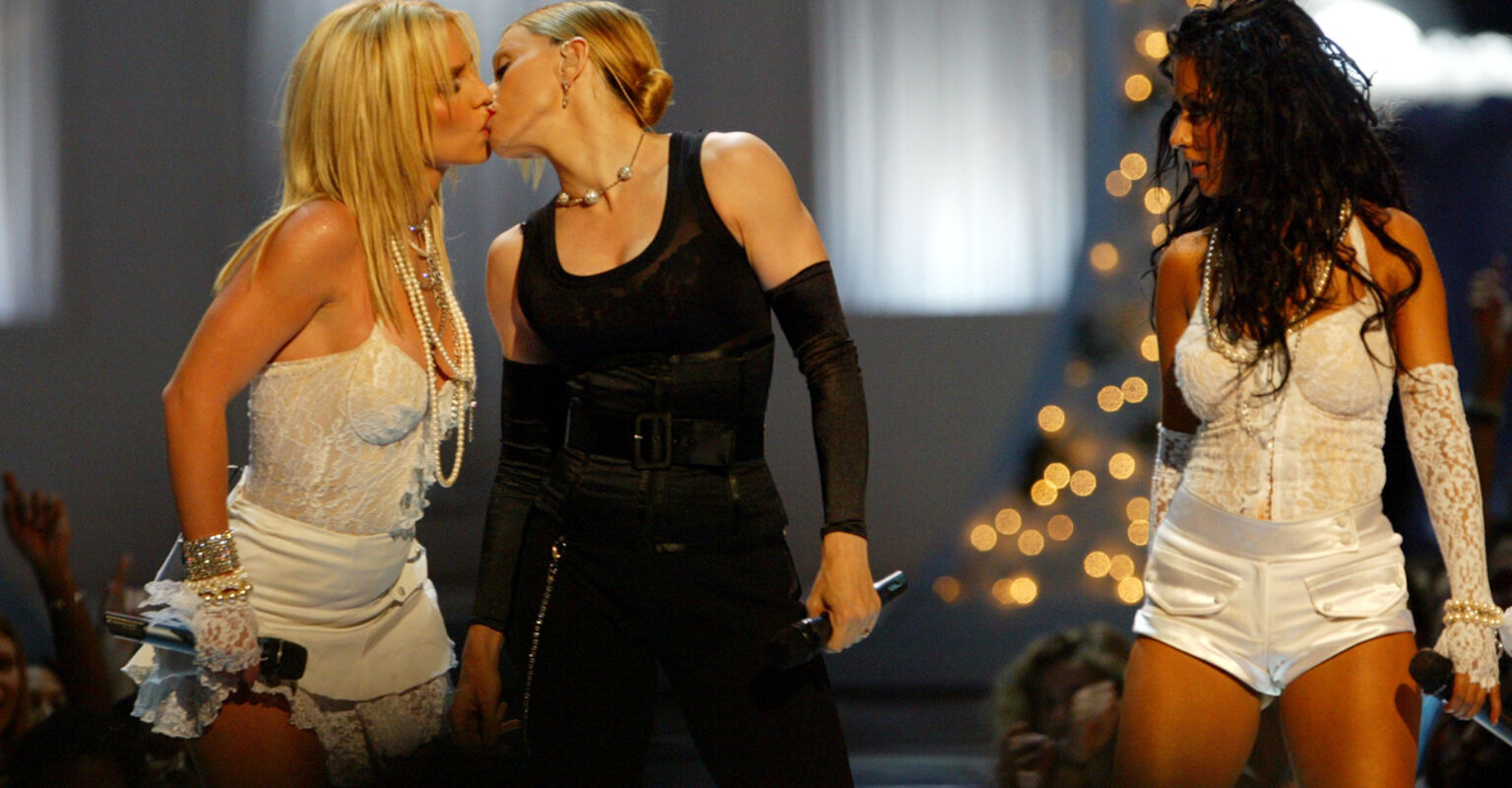 For many ’90s and 2000s women, Britney Spears’ mere existence defined an era in our lives. But for queer women, Britney meant so much more. She sparked a sexual awakening and shaped our adolescence, nudging us toward the ultimate and inevitable conclusion as to why we loved her so much. I’m not saying Britney Spears made an entire generation of women gay (am I?), but I am saying she unmasked our women-loving-women desire.

As a queer woman, I’ve been seeking Amy for years. I was an early stan, from the “Baby One More Time” days of 1998. Her debut album of the same name was the first album I ever badgered my parents to buy for me. I remember bothering my dad to pull over and purchase the influential breakout album at a local Sam Goody, before embarking on our family vacation. We listened to it for the duration of the road tripor at least until my dad’s sanity split in two. For him, it was a long ride. For me, it was just the beginning.

Britney held many firsts for me. When her third studio album, the eponymous Britney, came out in 2001, my parents put a moratorium on the singer. They insisted she had become too promiscuous for my adolescent eyes and ears. Of course, that just made me want her more. In 2003, Britney released her fourth studio album In The Zone, which many laud as her best album musically. With songs like “Toxic” and “Me Against The Music,” Britney-mania eclipsed and swallowed the fandom whole. Of course, 2003 was home to the now-legendary VMA performance where Britney kissed Madonna on live TV (Madonna kissed Christina Aguilera, too, but we as a nation have decided not to care).

Spears, who was 22 at the time, sparked controversy with the on-screen kiss. Everyone had something to sayeven Stevie Nicks said of the performance, “Britney should be smarter than that. Hopefully, she will figure a way out of this hole she has dug for herself.”

But queer women were elated. In 2003, it was rare to see a lesbian kiss on TV, let alone live TV. The performance was an important moment for queer women to witness. The kiss pre-dated The L Word by a year, and before that, on-screen shows of female queerness were limited to PG Willow and Tara kisses on Buffy the Vampire Slayer, or Rachel’s surprise kiss with a college gal pal on Friendswhich portrayed lesbianism as a caustic joke. Though obviously exploitative and reliant on the “shock factor” of lesbianism, the Britney and Madonna (and Christina) kiss was no joke: It was sexy, and we noticed.

I have a once-buried memory from high school which I recently dusted off and allowed to resurface, years after coming out. As a freshman, I remember watching music videos with my high school tennis team (gay). When “I’m A Slave 4 U” danced across the VH1 countdown, I remember one of my teammates boldly declaring that this music video served as her own sexual awakening. The older girls laughed, but I didn’t get it. That declaration was so shocking to me, because until that moment, I had never heard a girl proudly express sexual desire toward another girl, joking or not.

From that moment on, I thought of Britney, and my female teammate, as the coolest girls in the world (gay). Her declaration haunted me for years until I came out and realized whybecause “I’m A Slave 4 U” was probably my sexual awakening, too. I was just too timid and mired in internalized homophobia to recognize it. From watching Britney and Madonna caress each other in the “Me Against The Music” music video, to experiencing the “Toxic” nude bodysuit for the first time, to witnessing Britney stand up for LGBTQ people over and over again, the pop star has provided me with a series of moments that aided in my development as a queer woman.

Today, the 36-year old mother of two is still an influential LGBTQ ally and activist. GLAAD recently announced Britney as the 2018 recipient of the GLAAD Vanguard Award (her second “Vanguard” award, after receiving the same honor at the VMAs). In April, the pop star will be honored at the 29th annual GLAAD Media Awards. The Vanguard award is presented to “media professionals who have made a significant difference in promoting equality and acceptance of LGBTQ people,” according to EW.

“An irrefutable icon, Britney Spears has entertained the world while also embodying the spirit of GLAAD’s Vanguard Award by speaking out on significant issues that face her fans–from the Dream Act to anti-transgender bills in Texas,” says Sarah Kate Ellis, the out lesbian President and CEO of GLAAD said. “She is a force in the music world who has used her global platform to share messages of love and acceptance, something that the world needs today more than ever.”

Spears’ breadth of work for the LGBTQ community is vast, including organizing a meet and greet for LGBTQ fans to promote Spirit Day, appearing with 20 other artists on GLAAD’s song “Hands,” which honored the 49 lives lost in the Orlando Pulse nightclub shooting, and speaking out against two anti-LGBTQ bills last year. And during Pride month in 2017, the iconic performer penned a love letter to the LGBTQ community, in which she gushed about the community’s unwavering acceptance, lack of judgement, and ability to embrace their truth.

And there’s the “Slumber Party” video with Tinashe, too.

Obviously, Britney Spears has a giant heart, one that’s full of love and acceptance. Gay men have historically worshipped at the pop star’s feet, but we never talk about the queer women she’s inspired, too.

So thank you Britney, for providing us with more than just lesbian fodder to stan and GIF and fangirl overwith your help, I’ve morphed into a raging level of queerness I never thought possible. I couldn’t have asked for a better root than Britney, bitch.