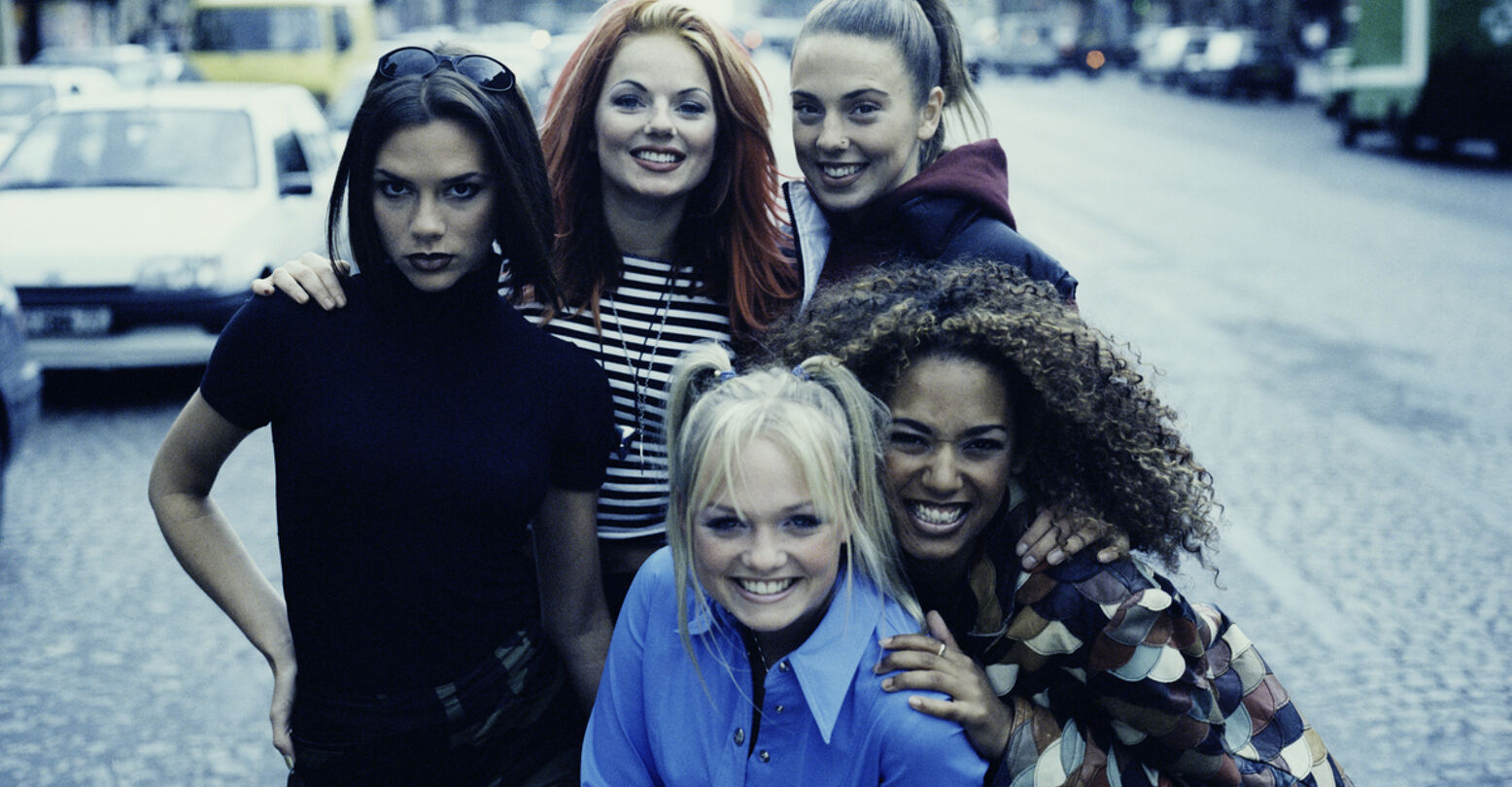 “If you want to be my lover, you gotta get with my friends” is just one of the many pieces of sage advice the Spice Girls had to offer in the mid-to-late ’90s. This now-legendary lyric means so much to ’90s and 2000s girls, but for queer women, this sacred textand many other Spice Girls lyricsmean something completely different. A straight woman might scream these words at a bar with her 20 or 30-something friends, but an LGBTQ woman might look in the mirror and think, “Oh shit. I actually have gotten with all my friends.”

The Spice Girls have always meant something more to lesbians and bisexual women, and it’s not a total mystery why: The iconic girl group was trailblazing firestorm of feminism, girl power, and female friendship that had a little something for everyone. These five heroines were popular roots for queer women who stumbled through adolescence in the ’90s and 2000s. For us, loving the Spice Girls isn’t just based in ’90s nostalgia, youth, or friendshipthe Spice Girls shaped our understanding of ourselves.

The Spice Girls burst on to the pop music scene in 1996 with their debut single “Wannabe.” They made history on the charts and in album and ticket sales, as well as changing the landscape of pop music. But the reason they appealed to so many women and young girls was because everyone could identify with at least one woman: Scary, Baby, Ginger, Posh or Sporty. Each girl in any given group of friends could easily decipher which Spice they were. My personal journey in choosing a Spice are conflicted and mired in queerness.

As a child, I heavily identified with Sporty Spice, or Mel C. It’s not shocking that many queer women saw a little bit of themselves in Mel C; she was the tomboyish, sports-loving, athletic one, and queer woman who fall anywhere on the spectrum from butch to tomboy-femme can relate to her. But as I transitioned from poster-donning obsessed child to hormonal merch-sporting teen, my proclivities toward a certain Spice shifted. I became completely, overwhelmingly, exhaustingly consumed with a newfound penchant for Baby Spice. I told all my friends that I was no Sporty Spice kind of gal after all; I was Baby now, and everyone would have to realign with other Spices to accommodate my propulsive identity transition. 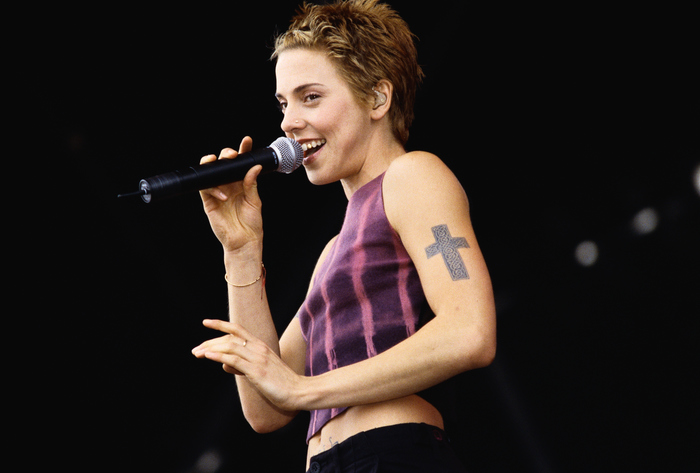 All queer women experience a shift like this, whether it happens to align with a Spice Girls metaphor or not; as we grow into our adult selves, we begin to accept and reject certain things about our personalities and presentations. Because I was bullied for dressing like a boy, I suddenly began to reject the tomboy image I’d developed in my youth. I wanted to start dressing more feminine, so my gender presentation changed from Sporty to Baby.

Simultaneously, my hormones kicked in and I experienced a sexual awakening of sortsI didn’t want to be Baby Spice, I wanted to fuck Baby Spice. I wouldn’t come to understand this until my twenties, but today, I can look back and say, “Oh duh, Baby Spice was my root.” But Sporty Spice wasand still isthe gender presentation I’m comfortable with. For high femme girls, Posh fits like a glove. If anyone identifies with the psycho bisexual trope, then you know, Scary Spice might be for you.

But outside of these important adolescent realizations about gender and sexual identities, the Spice Girls represent queerness in so many other ways. There’s the obvious superficial reasons why queer women are drawn to girl groupslez be honest, if there’s a group of women dancing on each other, showing constant affection, and insisting on how “close” they are, we’re going to be down to clown. We’ve probably already written lesbian fanfic, developed elaborate fan theories and ship names on social media, and logged each minute of their interaction via tumblr GIFs.

Just look at the fandoms of present day girl groupsthey’re voraciously obsessed with these singers and they wear their fandom on their sleeves, proudly brandishing the emblem of #Mixer or #Harmonizer. If social media had existed in the era of the Spice Girls, I can’t imagine what embarrassing pre-teen content I’d be sifting through and deleting today as a means of self-preservation. Even AIM and away messages missed the mark, flourishing in an immediately post-Spice worldalthough that didn’t stop me from enigmatically pasting “Too much of something is bad enough” across my Friday night away message.

Lyrics were a definite point of relation for LGBTQ women. The Spice Girls’ core message was that female relationships were strong and rewarding. One can interpret or extrapolate meaning from that in a variety of ways, but it’s easy to pick out the inherent queerness of their lyrics. Whether it’s something as seemingly trivial as the actual, physical experience of hearing women sing about love to each other“I need some love like I’ve never needed love before, wanna make love to ya baby.” Or something more direct, like the 1998 song “Goodbye,” which was a farewell ode to Ginger Spice (Geri Halliwell), who had left the group two years earlier, these listening experiences stirred something in our baby gay hearts that might not have been awakened yet. 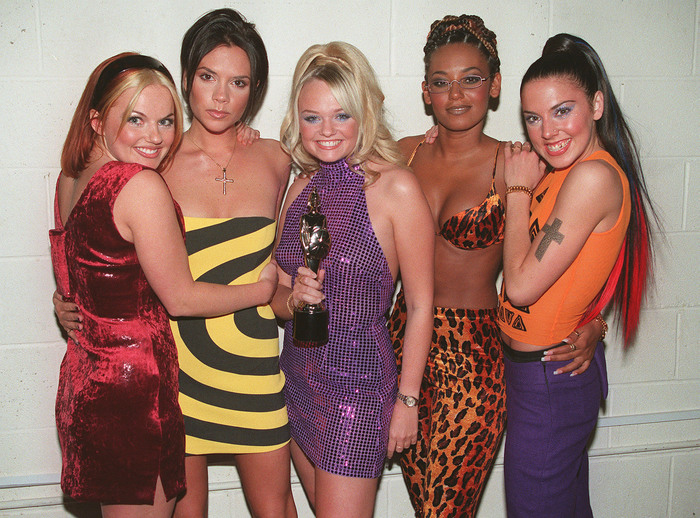 This is why representation in entertainment plays such a vital role in our development and visibility as LGBTQ people. Personally, I can point to Alex and Piper’s relationship on Orange is the New Black being the first explicitly queer women-loving-women relationship I followed with the voracity and intensity that a new mother watches her toddler on the playground. Getting to physically see myself and the type of relationship I wanted portrayed on-screen was critical in developing and understanding my own sexuality. So while the physical act of hearing women sing love songs to each other might seem trivial; it’s actually essential.

The combination of the Spice Girls’ lyrics and public image allowed for messaging that was super inclusive, sometimes even ahead of their time. Their ideology was one of unification and acceptanceand not one of those bullshit “love is love” cop-outs, but rather an overt proclamation of embracing different creeds, experiences, personalities, and ethnicities for their differencessomething modern Americans could take a few notes from. With lyrics like, “Colors of the world/spice up your life/every boy and every girl/spice up your life/people of the world/spice up your life,” the Spice Girls were a natural safe space for the LGBTQ community.

Somewhat unsurprisingly, a couple of the Spice Girls ended up being queer themselves. Mel B, also known as Scary Spice, is an out bisexual and has admitted to having had a long-term relationship with a woman. Mel B and Geri Halliwell were rumored to have had a romantic relationship, too. While still unconfirmed, Mel B has hinted at it herself, and other band members have joked about the two women sharing a bed and being more than friends. Halliwell didn’t exactly shoot down the claim, either. I definitely haven’t thought about this tirelessly and endlessly.

I don’t know where I’d be today if it weren’t for the life-changing influence of the Spice Girls. They ferociously impacted my sexuality, personality, personal creeds and feminism, and I know many other queer women can echo this sentiment. If the Spice Girls weren’t my root, it would’ve been someone else, but goddamn am I happy it was them. Given their influence, my outlook on life is best described by Mel B’s line from their absurd 1997 feature film Spice World: “Um, blah blah bah, girl power, feminism, d’you know what I mean?”