One of my most prized possessions is a green shirt with the words “GAL PAL” printed at the top. Much like scissoring iconography or femme-flagging, the term “gal pal” has come to be a tongue-in-cheek symbol for queer women and femmes.

In early 2015, the Daily Mail posted a number of articles about Kristen Stewart and her girlfriend, Alicia Cargile. Despite the fact that Stewart and Cargile were incredibly affectionate, the Daily Mail referred to them as ‘gal pals’ and – in one particularly hilarious case – “live-in gal pals.” It wasn’t just the Daily Mail: many other outlets avoided acknowledging that their relationship was anything more than platonic.

The term “gal pal” blew up when the Daily Mail used it to describe Kristen Stewart’s relationship, but the term dates back earlier. Tabloids did the same thing to Ireland Baldwin and Angel Haze as well as Cara Delevingne and Michelle Rodriguez back in 2014. 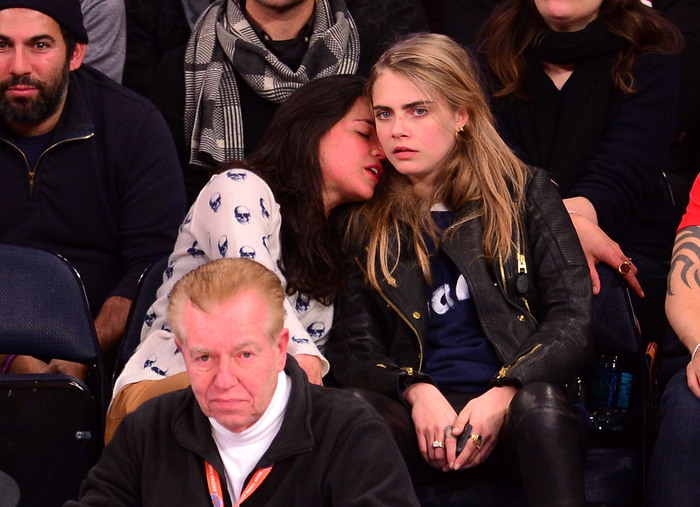 Queer and feminist media rightfully pointed out why this response is both amusing and heterosexist: If one of those celebrities had been photographed in the same situation with a man, tabloids would have assumed they were romantically involved.

With the media’s hesitance to acknowledge romantic relationships between women and femmes felt a lot like erasure a longstanding issue whenever lesbians are discussed in public. But can “gal pal” be reclaimed in a way that doesn’t erase us and truly honors the complicated relationships queer women have?

Writing for the New Statesman, Eleanor Margolis explains: “There’s this lingering notion that lesbians are just women going through an experimental phase, in which they finger their closest mates. The same certainly doesn’t apply to gay men, around whom there’s hardly ever any perceived ambiguity.

“If two men are seen kissing in public, they’re gay,” she continues. “Two women doing the same are confused. Or attention seeking. Or ‘on a break’ from men.”

Much like the word “queer” has been reclaimed by our community, the term “gal pal” is in the process of being reclaimed, too. It mostly started as a Tumblr joke, with users ironically referring to girlfriends, lovers, and married couples as “gal pals.”

In January 2015, the Tumblr justgalpalthings was launched. The Tumblr deliberately posted pictures of women with captions describing romantic and sexual situations ironically watermarked with the phrase “justgalpalthings.” The term became ubiquitous in online queer communities and publications, most notably the queer women’s site Autostraddle.

Nowadays, queer women and femmes all over use the term “galpals” to ironically refer to romantic relationships. The term has gone so mainstream that many straight people use it, too. Using the term acknowledges how the media erases queerness, as in Kristen Stewart’s case.It’s a term the media uses to erase us, and we’re reclaiming it – there’s something deeply powerful about that. 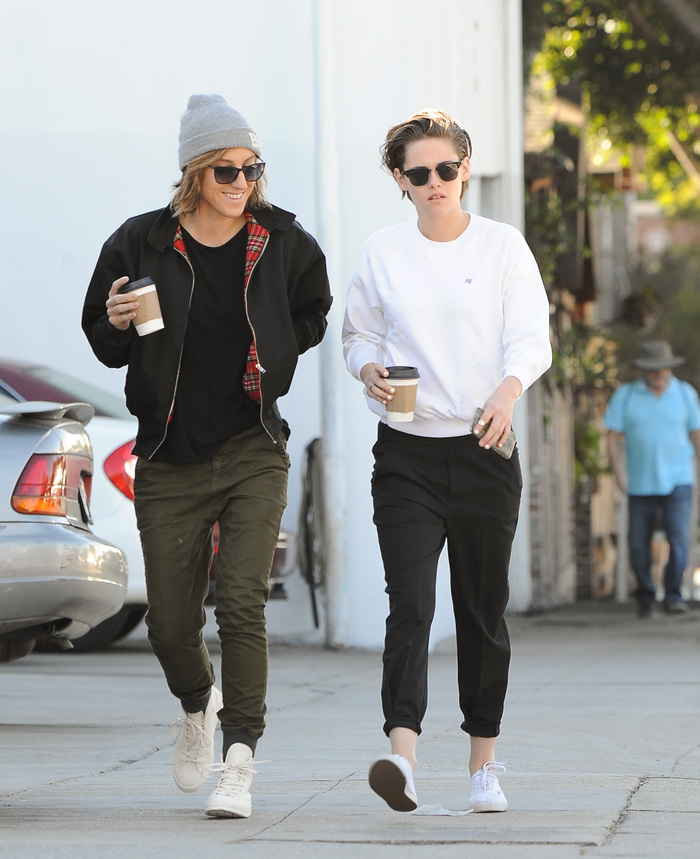 Here’s the thing though: not every close relationship between women and femmes is romantic and/or sexual. Sometimes we are just gal pals, no sex or romance at all. People are using the phrase too liberally, and that leads to another kind of erasure. We use it to refer to female sex partners, best friends, and roommates to suggest their relationship is romantic – even when they say it’s not.

A few of the items inthis Buzzfeed listexemplify this problem. Like, hello Buzzfeed? Why can’t I go down on my best female friend? Why can’t I live with my best friend, too? Why can’t I join Her just because I want to make friends?

My friendships with other femmes, women, and non-binary people are important to me. They’re validating. They’re beautiful. They’re essential in fighting patriarchy. Sometimes, these friendships aren’t traditional. We might cuddle, or hold hands, or kiss, or plan on growing old together, or even sleep together. It doesn’t mean that they’re not friendships, though: we’re the only people who get to define our relationship.

Queer women, femmes, and people who are assumed to be women, face contradictory reactions from society. On one hand, our romantic and sexual relationships are erased by the media. On the other hand, our close friendships are often sexualized by the world around us. Both responses are rooted in heterosexism, and both responses deny our right to define our own relationships.

It’s important that we reclaim terms like “gal pals” when they’re used against us, but it’s also important that we’re mindful of how we reclaim it. Our assumptions about people’s relationships are often rooted in harmful ideas about love and friendship. Whether we’re tabloid journalists or random individuals watching two people hold hands, it’s probably best that we don’t make any fleeting assumptions about the nature of their relationships. 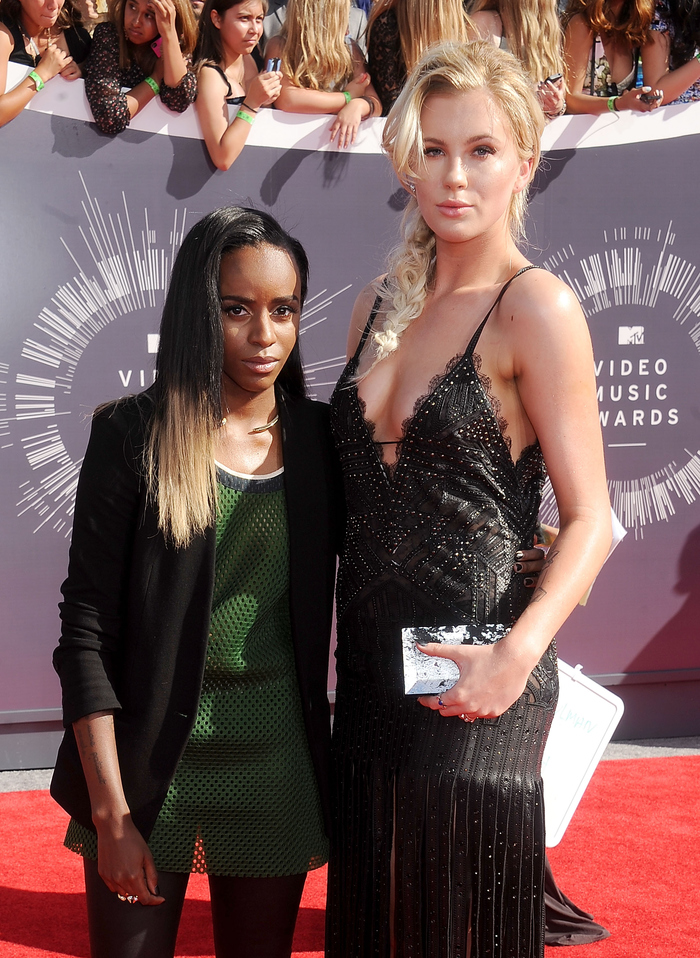