American Crime Story: The Assassination of Gianni Versace easily peaked with its fifth episode, “Don’t Ask, Don’t Tell,” which throws back the curtain on Versace’s controversial decision to come out in an interview with The Advocate. His struggle is brilliantly juxtaposed against the outing of U.S. Navy Lieutenant Jeff Trail, another eventual victim of Andrew Cunanan, which effectively ended his military career. The result, under the direction of Daniel Minahan, is complex, sinister, heartbreaking, and an important historical look back at mid-’90s queer culture.

It’s worth noting that show creator Ryan Murphy didn’t give his last unauthorized biographical star vehicle the same treatment. As Feud wrapped up its first season, dedicated to the rivalry between Joan Crawford and Bette Davis during the filming of Whatever Happened To Baby Jane?, queer women caught the punch they’d been bracing themselves for: Crawford’s queerness wasn’t going to be addressed, or explored, or even obliquely referenced in the miniseries, despite its relevance to her toxic relationship with Davis and despite the show aiming itself at “LGBTQ” (ie., cis gay male) audiences. Murphy was perfectly capable of telling a compelling queer narrative when it came to Versace and the other characters in his story, so why didn’t Crawford’s queerness merit the same attention?

In the months leading up to its release, Feud: Bette and Joan was lavished with praise as a triumph of queer representation. Esquire called Crawford and Davis “perhaps the gayest on-set rivalry in Hollywood history” and congratulated Murphy on his “successful packaging of gay content in ways both overt and covert for mainstream audiences.” Bustle unpacked the significance of depicting Victor Buono’s struggle as a closeted gay man in studio-era Hollywood. But there was an opportunity for queer storytelling at the very heart of Feud: Bette and Joan and Ryan Murphy missed it.

Joan Crawford was an OG celesbian. Of course, she wasn’t exclusively attracted to women, and her daughter surmised that she was likely bisexual in a 2010 interview with Joy Behar. She was well-known for having multiple affairs with women nonetheless. In her prime, Crawford was romantically linked to Alice Delamar, Barbara Stanwyck, Martha Raye, Dorothy Arzner, and Claudette Colbert. There’s even a rumored anecdote about how she propositioned Marilyn Monroe for sex at a party, Monroe accepted, and then politely confessed afterwards that she wasn’t that into it after all.

And while mainstream acceptance of queer identity in America during the golden age of filmmaking obviously didn’t exist, it was prevalent enough in Hollywood that the film community was largely supportive of queer talent. As long as they maintained an image of plausible deniability, studios covered for them and Hollywood could be a playground for queer debauchery. In Crawford’s case, MGM reportedly shelled out $100 million to prevent the leak of a lesbian pornographic film she’d made as a teenager. Said costume designer Miles White in the introduction of William J. Mann’s book Behind the Screen: How Gays And Lesbians Shaped Hollywood 1910-1969, “It was the best and worst of times. On the one hand, [studios] didn’t care and you had extraordinary freedom, but on the other, of course they did, and you weren’t free at all.” 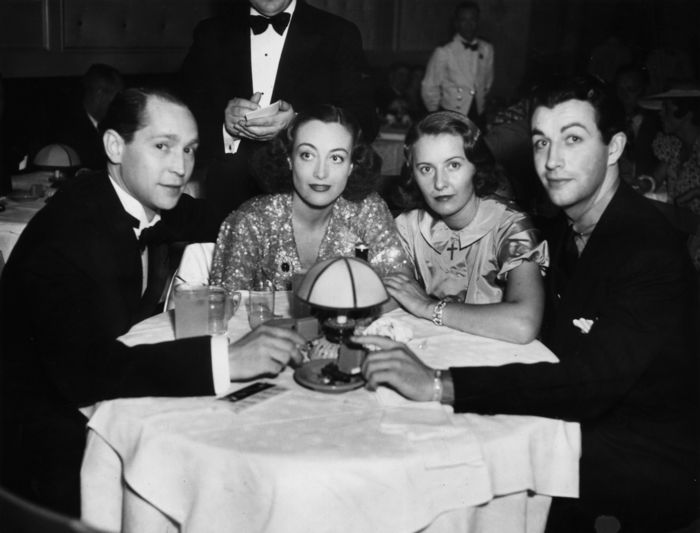 For Crawford, an ex-showgirl whose film career enjoyed a resurgence in the 1940s, coming up during what Mann called a “wartime revival of gay subculture” undoubtedly played a part in her comfort with exploring her own queernessthis, in spite of being depicted as something of a prude on Feud. The arrival of other visible queer actresses at the time, like Marlene Dietrich who hailed from queer-positive post-war Berlin, meant that Crawford was in good company and had plenty of access to queer community when she wanted it.

It could be argued that Crawford’s sexuality didn’t come up in Feud because of the time period on which the story focuses. It’s late in both Crawford and Davis’ careers, and the same-sex flings of Crawford’s youth had passed her by. But Murphy found plenty of ways to reference both actresses’ pasts and Crawford’s sexuality was such a relevant factor in the actual tension between the two, so much of which was otherwise manufactured for publicity. When Crawford “stole” away Davis’ crush and Dangerous co-star Franchot Tone, marrying him herself in 1935, Crawford reportedly quipped, “Franchot isn’t interested in Bette, but I wouldn’t mind giving her a poke if I was in the right mood.”

After that, all of Crawford’s attempts to ingratiate herself with Davis, who courted the critical acclaim for which Crawford was so desperate, were dismissed by Davis as “lesbian overtures.” Crawford was obsessed with maintaining a modest imagelikely an after-effect of studio training to stay closetedwhich comes across on Feud as prissy uptightness. Meanwhile, Davis gets to play the cool girl, carousing with the crew after long shoot days and having sex with the director. But in truth, it was Crawford who enjoyed more sexual fluidity and Davis who responded with vaguely homophobic disgust. 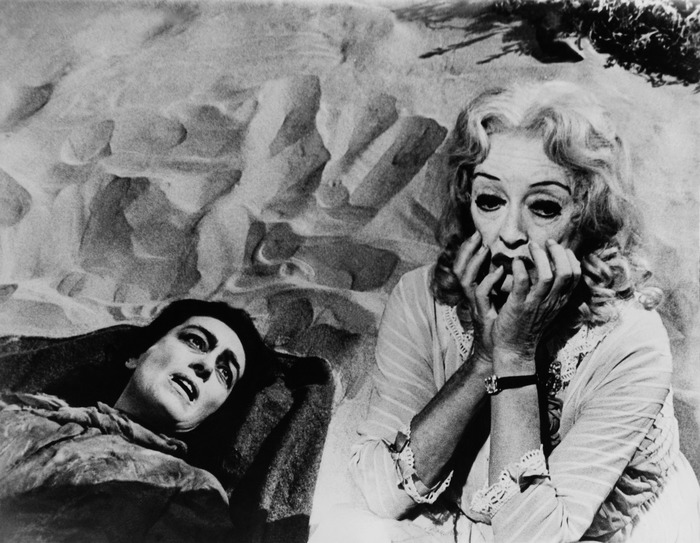 The other glaring possibility for why this dynamic was excluded from the narrative is Ryan Murphy’s relationship with Bette Davis. The pair were close and had maintained a long penpalship leading up to an hours-long in-person interview a month before her death in 1989. She reminded Murphy of his grandmother, he said, and his admiration for her is obvious in headlines like “‘Feud‘ Ryan Murphy: How Bette Davis Changed My Career.”

In an interview with The Hollywood Reporter, Murphy claims he never struggled with staying objective during the making of Feud, saying, “I went into it knowing a lot about Davis and not about Joan Crawford but I left it knowing a lot about both of them and finding them both to be fascinating and sympathetic.” It’s possible that he simply didn’t want to face or disclose his idol’s latent homophobia.

But the real problem here isn’t where Murphy’s loyalties lie or even that we were robbed of a precious opportunity to see female queerness depicted on-screen. (In fact, given Murphy’s track record with delivering nuanced portrayals of queer women, it’s probably for the best that he didn’t try to delve into one of Crawford’s same-sex relationships.) The problem is that, in his execution, he reinforces the same problem he claims he wanted to expose with the making of Feud: the commodification of female conflict for male consumption and male gain.

Feud: Bette and Joan was touted as a victory for queer representation because it affirmed the pinnacle of gay male camp. But exploiting female conflict for the pleasure of gay men at the expense of representing Crawford’s own queerness is hardly a queer victory. And frankly, it’s this kind of disregard for and degradation of women on behalf of cis gay men which alienates them from more intersectional queer rights movements in the first place.

For better or worse, Murphy has dedicated most of his projects to queer visibility through the lens of camp. Even The Assassination of Gianni Versace, serious and dramatic though it may be, delivers moments of camp in its sheer sumptuousness. And that’s not to take away from the success of projects like it or his 2014 HBO adaptation of The Normal Heart, both of which capably depict queer identity in ways that are earnest and affecting. But the least we can do is stop praising Feud: Bette and Joan as some big favor to queer culture. For Crawford’s sake, if nothing else.