The idea for Saturday Church, Damon Cardasis’ directorial debut, came after his mother told him about Art & Acceptance, an outreach program for LGBTQ youth that is held every Saturday evening at St. Luke in the Fields, in New York City’s West Village.

The church’s drop-in program serves homeless LGBTQ youth and it offers social services, food, and clothing for young people who were forced to flee their homesor who were thrown out by their familiesfor coming out as LGBTQ. It also gives them a safe space where they can be themselves: a gymnasium adjacent to the church, for example, dubs as a space for balls where the kids can vogue, slay and kiki.

Cardasis, who is openly gay,has always wanted to approach the subject. His experiences growing up with his “extremely progressive, liberal [mother who] marches on the Gay Pride parade” gave him a unique point of view from which he could see how certain religions can completely change the message of the Bible, and how LGBTQ children are suffering because of it.

He volunteered at Art & Acceptance for a few months, where he got to know people who had been thrown out of their houses for simply being who they were, and who were now at Saturday Church, happy to be around their newfound families. He heard their stories, saw their hardships and struggles, and decided to share them with the world.

The result is a sweet coming-of-age musical that explores queer identity, acceptance, and affirmation through the story of 14-year-old Ulysses (played by Luka Kain) and his new group of friends: Raymond (Marquis Rodriguez), Ebony (Mj Rodriguez), Dijon (Indya Moore), and Heaven (Alexia Garcia). 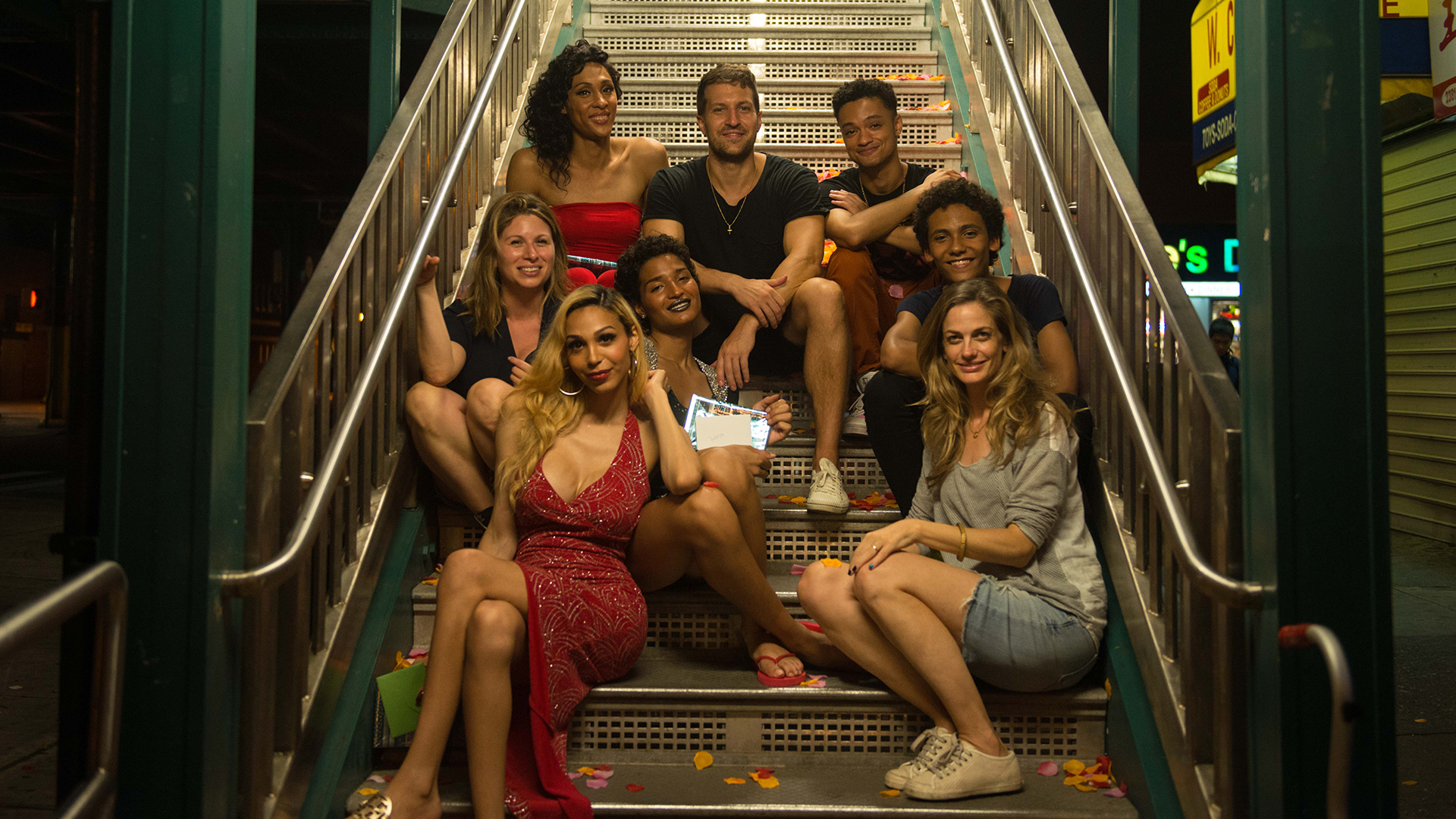 The film became one of last year’s Tribeca Film Festival’s biggest hits (the festival had to add extra screenings and change venues at the last minute to accommodate more people.) It opened this past weekend in New York and Los Angeles and it’s now streaming on digital platforms and Video on Demand. It has been received with high praise by both critics and moviegoers: Variety.com compared the “exhilarating musical” with “Moonlight meets La La Land” (which Cardasis thought was “super flattering,” as he told Billboard.com’s Patrick Crowley), and the film has just scored a hard-to-come-by New York Times’ Critics Pick seal of approval.

Ulysses is a sweet and effeminate young black man who is constantly being bullied in school, and who’s taunted at home by his ultra-religious and homophobic aunt Rose (Regina King). His father has just died, and his family expects him to become the man of the house.

His love for his mother’s shoes and clothes doesn’t go well with aunt Rose and, eventually, he finds himself on the streets seeking comfort and support from his newfound LGBTQ family, whom he’d met at the Christopher St. piers. They introduce him to the Saturday Church program, where he discovers his passion for the ballroom scene, and begins to understand who he really is.

While researching for the film, Cardasis noticed that despite their terribly difficult life stories, the young people who participated in the Art & Acceptance program shared one thing in common: their creativity and joy when they took part in a ball. Music and voguing had such incredible importance to the community that they also had to be a main component of his story. To make the movie into a musical, Cardasis co-wrote with composer Nathan Larson the film’s six original songs.

To be as authentic and accurate as possible, the writer/director held a series of focus groups with LGBTQ youth (mostly trans and gender non-conforming) at St. Luke in the Fields, and tried to incorporate their stories into the script; he consulted with social workers, GLAAD, and members of the New York City ball community. Cardasis also only cast transgender actresses for transgender roleseven if that meant that he had to use actors who were not as experienced. 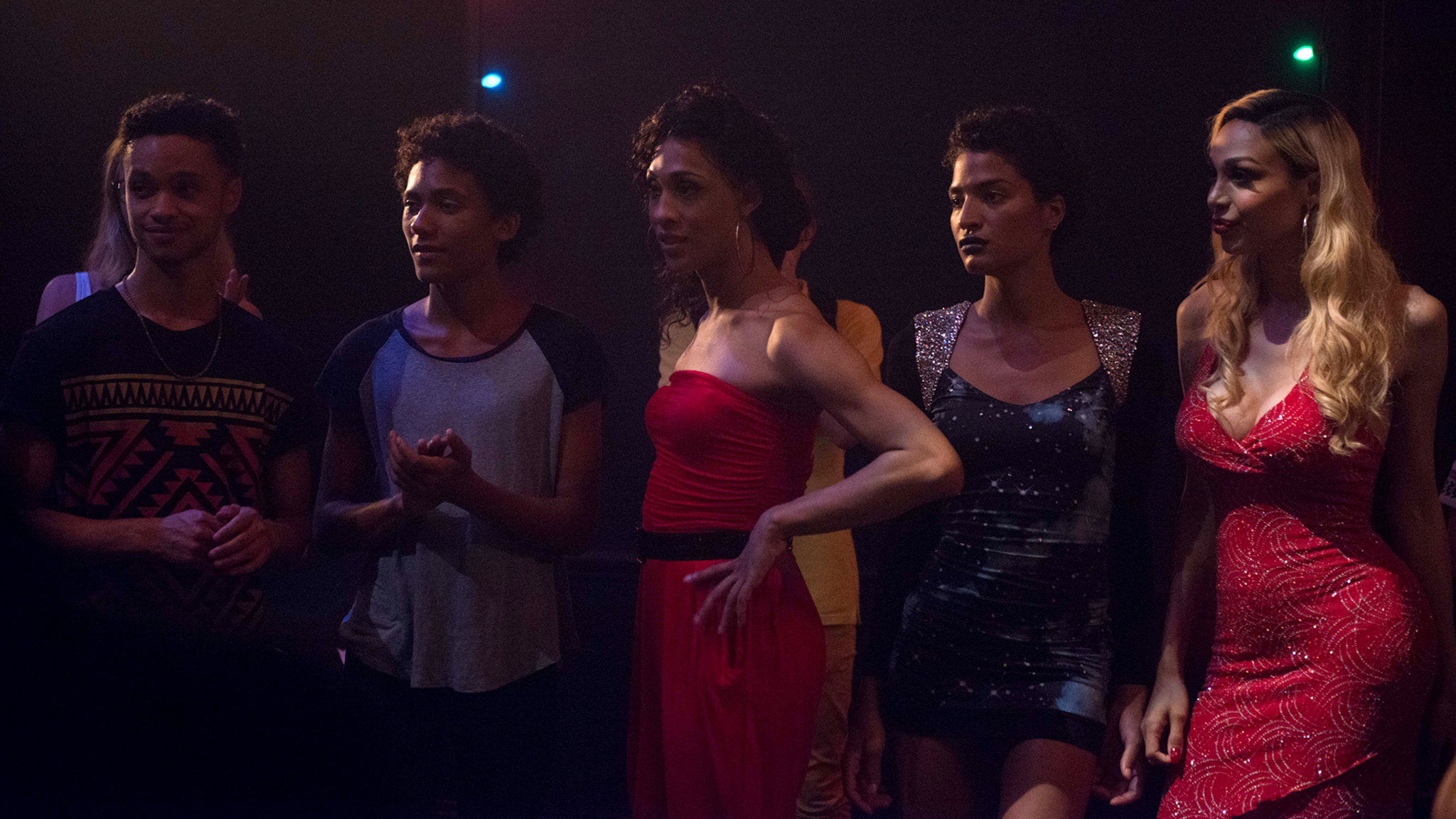 Indya Moore had never done an audition before. The former model had heard about the opportunity through Jose Xtravaganza, her house father from the House of Extravaganza, and decided to go for it.

Unsure about what to do in an audition, Moore remembered that in 2011 actor Henry Cavill had worn a full Superman costume when he went to his audition and ended up getting the part. She tried the same technique: “I had a really cool curly purple wig,” she said. “I was Ebony And I was working it!” She nailed it.

The film has also provided more exposure to the newcomer. Last year she was cast along with fellow castmate Mj Rodriguez in next Summer’s Pose, an FX series about the underground ball culture of 1980s New York produced by Ryan Murphy.

Luka Kain, the film’s breakout star, whose performance as Ulysses won him a Best Actor award at last year’s Outfest, is also new to the feature film world. The 17-year-old high school senior has had plenty of experience on Broadway, but had only had a two-minute part in a movie called Adam, directed by Max Mayer, when he was in first grade.

Luka and his onscreen love interest played by Marquis Rodriguez had met when they both auditioned for the 2008 Broadway revival of South Pacific. (Luka stayed for the entire run, Marquis went on to play Young Simba on Broadway and the national tour of the Lion King.)

Working on this film was especially gratifying for Luka. He has a sister who’s transgender and who was struggling with her transition. He wanted to do the film as a way to show her his support.

Support is, in fact, a constant theme that permeates the movie.

The film highlights the importance of spaces such as Saturday Church for young LGBTQ people who have lost the support of their own blood-related families. Youth homelessness is an increasing problem in the U.S., and the LGBTQ population is disproportionately affected. 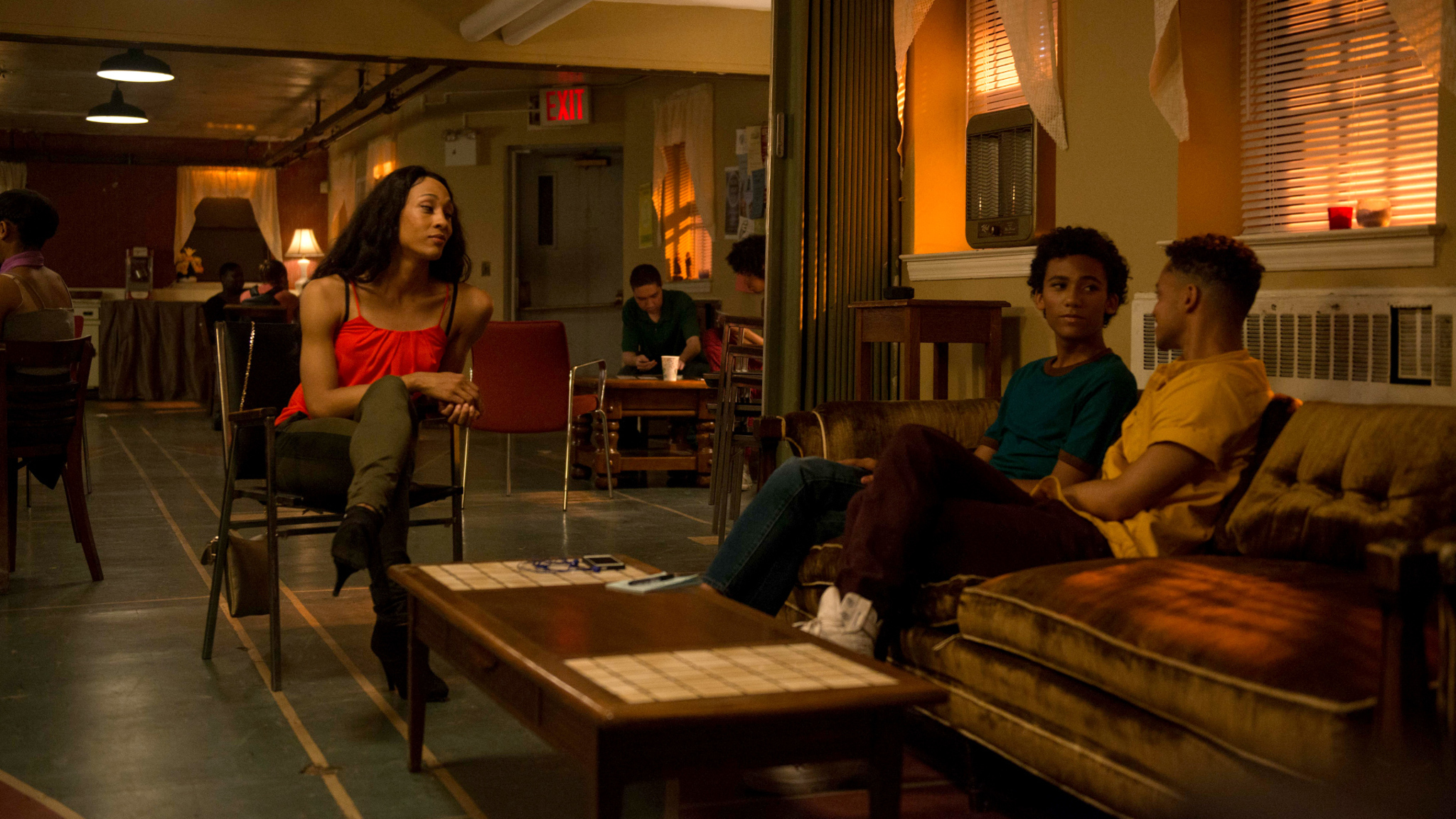 A 2017studyshows that LGBTQ youth are 120 percent more likely to become homeless than their heterosexual and cisgender peers; while a study conducted by theWilliams Institute at UCLA lawfrom 2011 to 2012 found that 40 percent of homeless young adults were LGBT.

The rates of LGBTQ youth homelessness have worsened in the last few years, despite groundbreaking social advances such as same-sex marriage, the end of the military ban on transgender troops (unsuccessfully challenged by the Trump administration), and general increased LGBTQ visibility. Somehow, it’s only getting worse for the kids.

According to theTrue Colors Fund, a New York City-based organization that works to end LGBTQ youth homelessness, “once they are out of their homes, LGBT youth are even more vulnerable. They are at a greater risk for victimization, unsafe sexual practices, and mental health issues than non-LGBT young people experiencing homelessness.” Since LGBTQ people are alreadymore likelyto be targets of a hate crime than any other minority group, living on the streets increases that danger exponentially.

“Honey, my father beat the living Christ out of me,” Heaven explains to Ulysses why she goes to Saturday Church. “I was in the hospital for three weeks. Motherfucker probably hopes I’m dead somewhere.” While the line might be part of the script, it is a frightening representation of reality.

Programs such as the real-life Saturday Church function as a safe haven for the disenfranchised LGBTQ youth; their support gives them much needed hope. And if that support can come in between cunty balls, legendary death-drops, and sickening queens, even better.