When Bruce LaBruce was given a film retrospective at the Museum of Modern Art in 2015, it was a bit of a statement.

An artist with a history in both fashion and pornography, LaBruce employs both as influences in an oeuvre of transgressive work that spans over a quarter century. The acknowledgement of his place in queer film canon was important. And now, through a new collaboration with the Tom of Finland Store, fans of LaBruce’s work in both film and photography, will be able to have their very own piece of him. 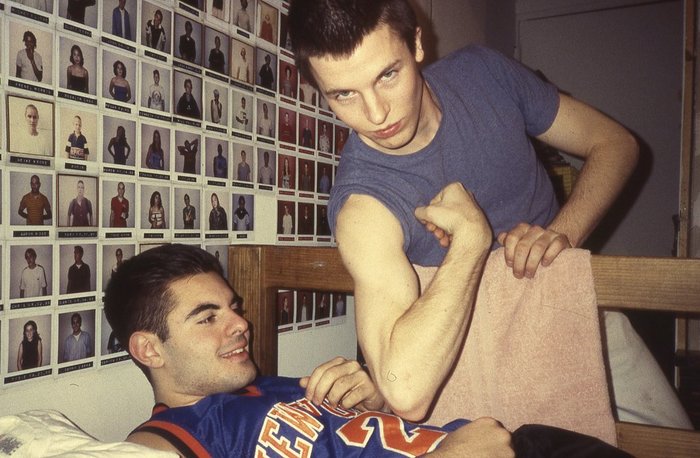 If it wasn’t clear, LaBruce’s work is controversial to some. At one point, religious zealots attempted to bomb one of his exhibition openings while some films have been banned. 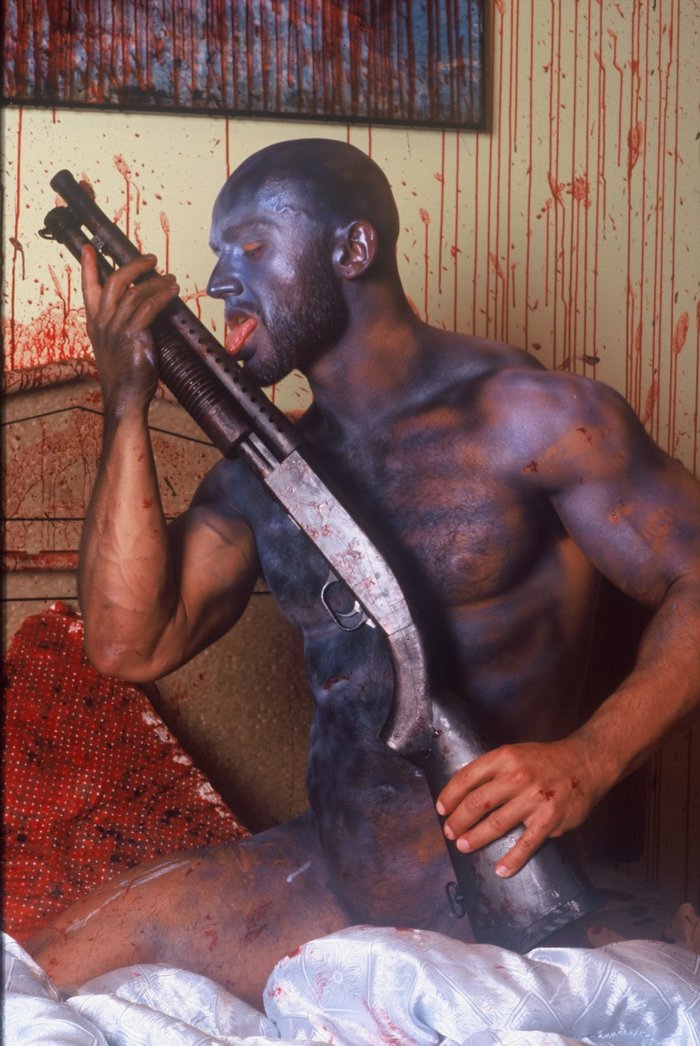 A section of the imagery features models splattered with blood and/or holding weapons. A series titled “Bloody Transwoman” features a fully frontal nude body. In one shot, she is reclining on a chair, her face obscured by hair with her body and the wall behind her splattered with blood. In another, she casts an eye at the camera while the blood drips down her body. For “Redrum (Platinum Oasis, Los Angeles),” a hotel room is streaked in bloodied hand prints with a model (likely a porn actor) laying erect on the foreground while a masked man with a rifle sits in the background.

Also notable in the series is the presence of disabled bodies. While “Cobra on Crutches” and “Broken Arm W. Foreskin” feature bodies that seem to be only temporary disabled, shots like “Amputee on a Chair” and “Headless Amputee” depict permanently disabled subjects with all the same care and irreverence as any other subject. The tactic goes to the heart the creative’s work which typically treats fetish and “the other” with romance or mundanity, giving it a sense of normalcy. 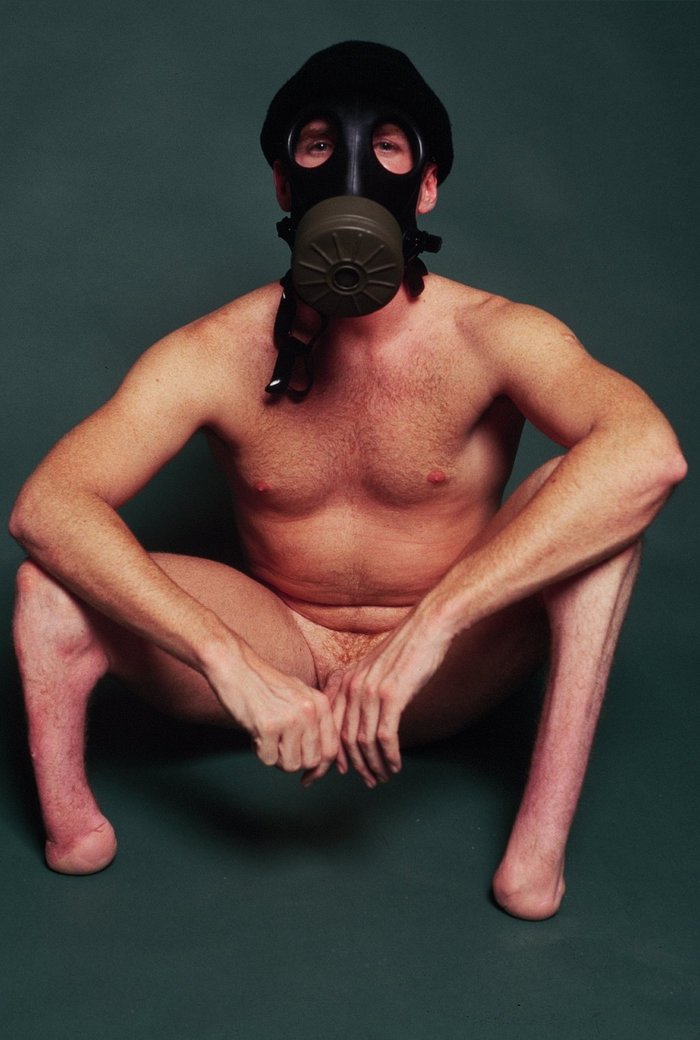 There’s something about LaBruce’s work that speaks to a certain segment of being queer. This combination of the ongoing presence of blood, nods of death, of fetish, of sex certainly pull on threads associated with queer culture. Small inclusions like a series of images using a pig mask seem like pre-emoji meme while simple snaps of friends bring mundanity to the offering. It’s these inclusions in addition to the punk leanings that cement LaBruce as one of the fathers of the queercore movement.

“I can only speak to my responsibilities as an artist,” LaBruce said when asked about his work and its aims. “Which include questioning authority, challenging and subverting conventions, cinematic and otherwise, raising questions, being polemical, exploring taboo and forbidden territory, and using cinema, photography, pornography, and homosexuality for revolutionary purposes!”

All images via Bruce LaBruce and Tom of Finland Store