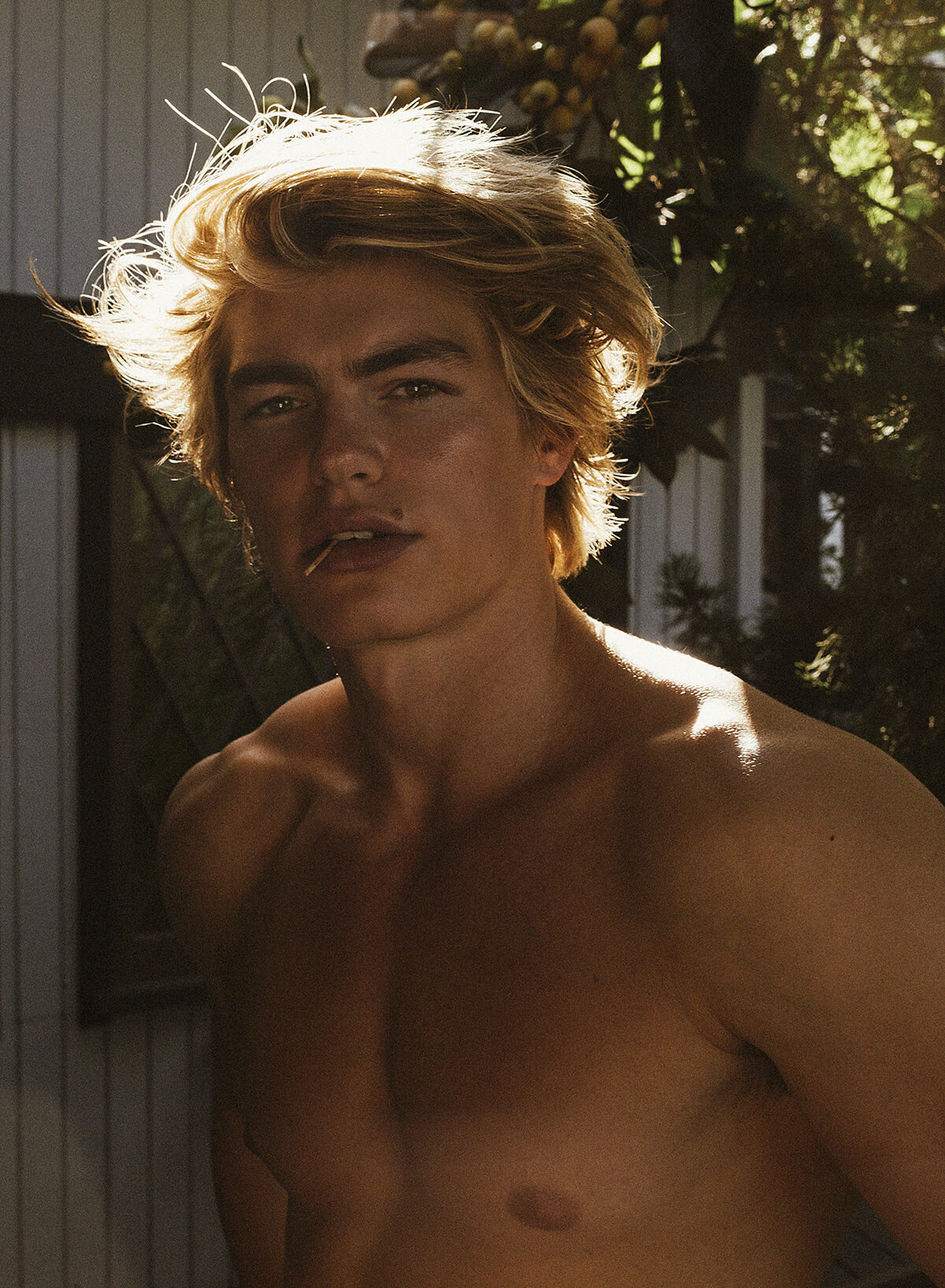 Jumping the pond and eager to get in front of the camera, Zander Hodgson, 26, is navigating LA while doing anything he can to earn the coveted status of being “up and coming.” Obviously, American audiences will probably never get on board with strictly British fare like, Coronation Street, but no living person anywhere on the planet can deny his sun-kissed coif, naturally pouty lips, and his ability to Instagram himself shirtless (frequently, and sometimes with less on).

We took a deep dive with him on his new life, dating stories, and how Americans just aren’t like the people he grew up with. 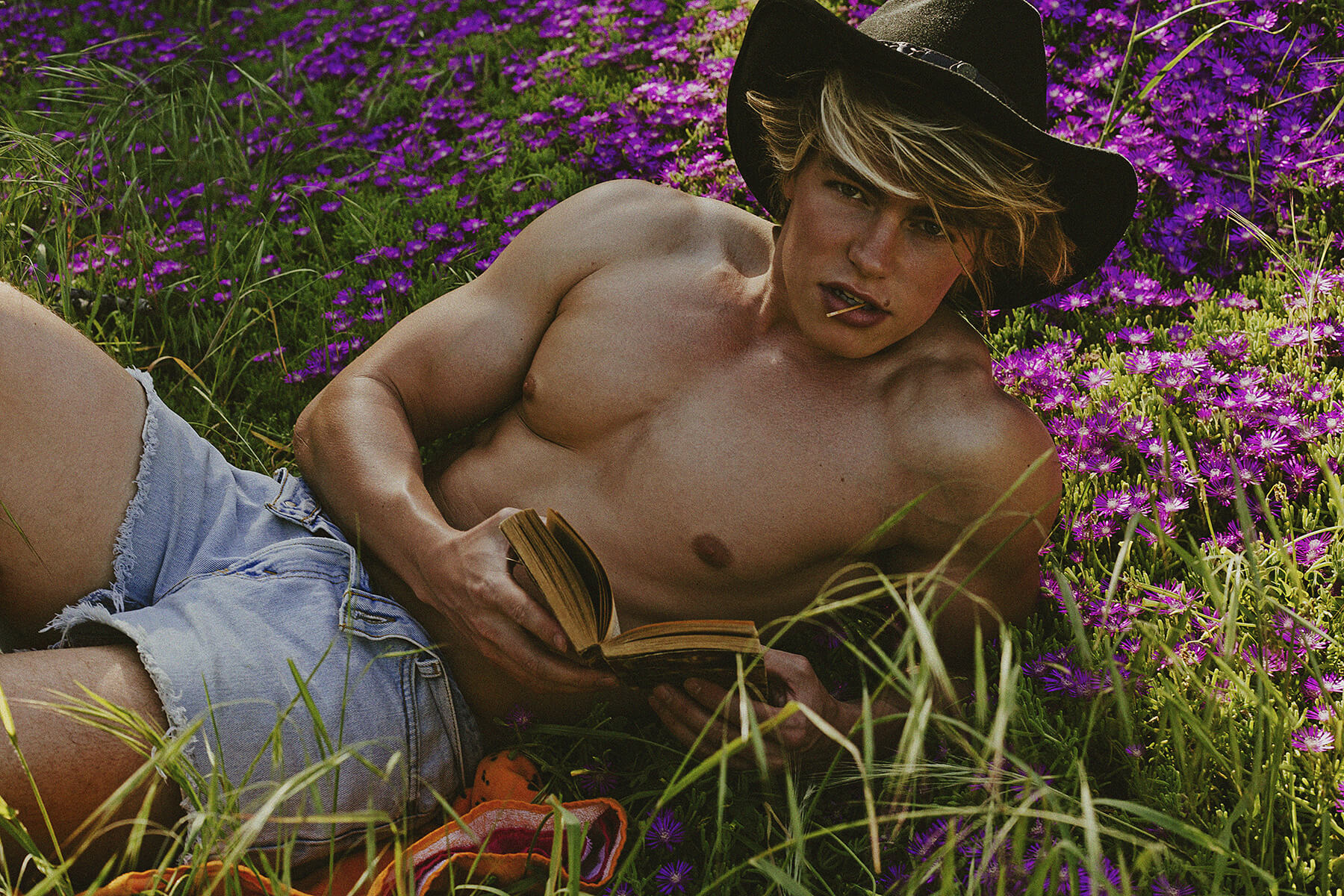 Grindr: So what kind of things would we recognize you from?

Zander: You wouldn’t recognize me from anything out here yet. I’ve done some TV shows in England.

What were they called?

Coronation Street – which is like this famous show in England. My mom was crazy proud because I grew up watching it with her. She was calling all of her friends when I was in it. And then Hollyoaks is one I did mainly for teens, and there’s Shameless. 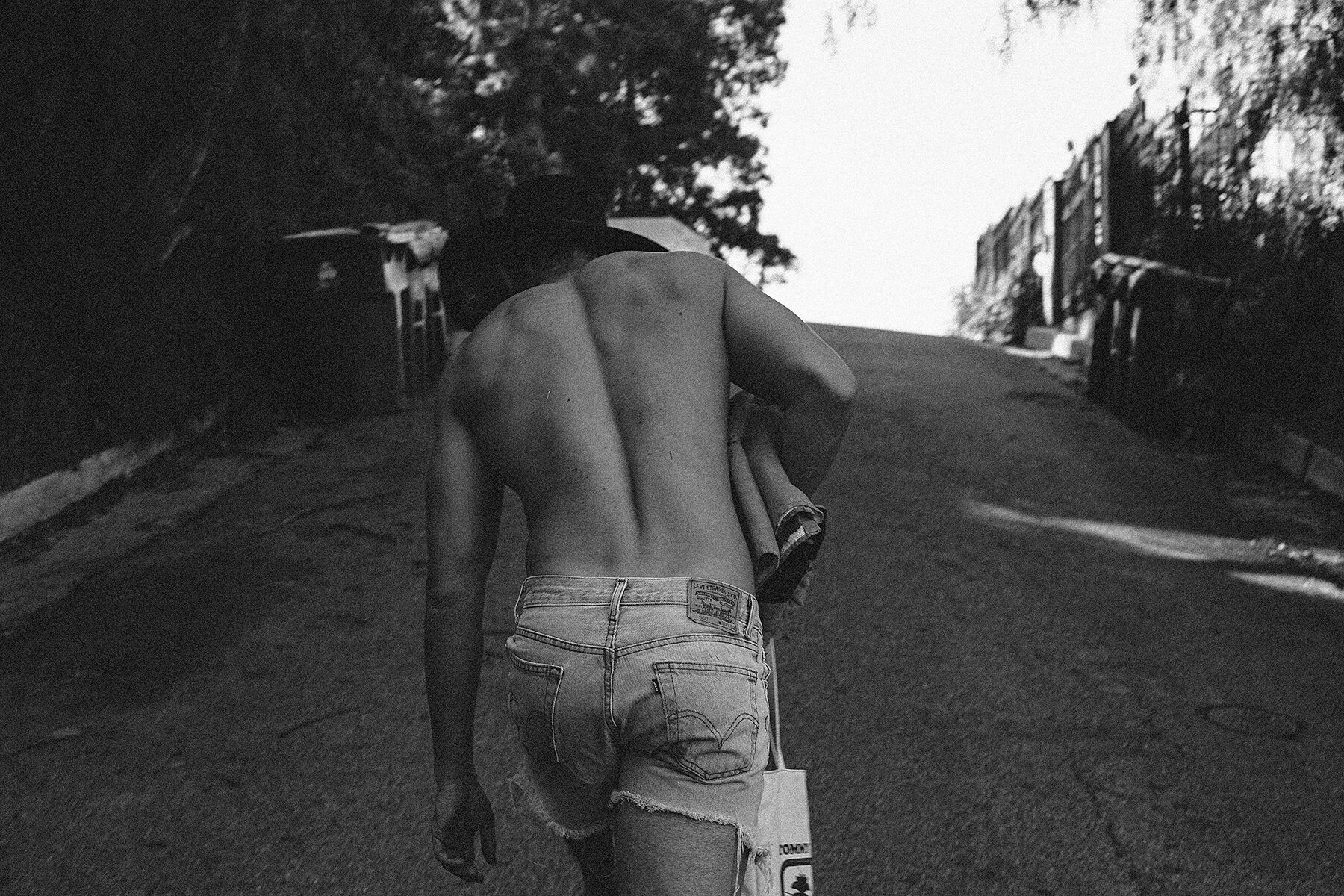 What was your favorite role out of the three?

Good for you! Which role do you think you relate to the most? Or not relate at all, and it was totally crazy?

Also probably Coronation Street because [my character] was a bartender in the show, and I was bartending at the time of the shoot. 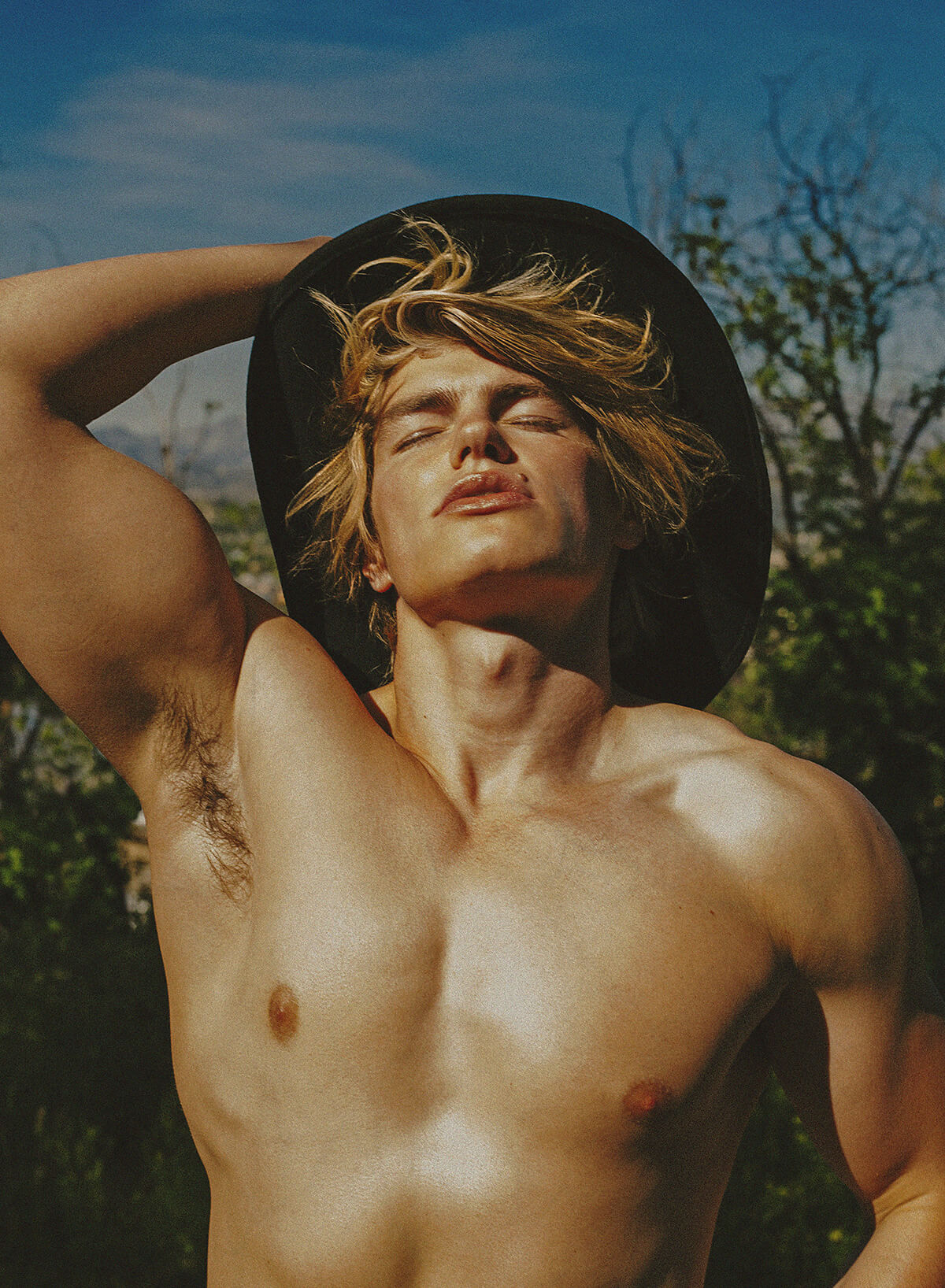 Were you similar to that character?

Yeah, I guess so.

What are you working on for the future? Do you have anything coming out?

I’m working with acting classes, deciding which kind of a track I want to go on. I just signed with a new manager, and he’s helping a lot with that. I’m excited about what’s to come. 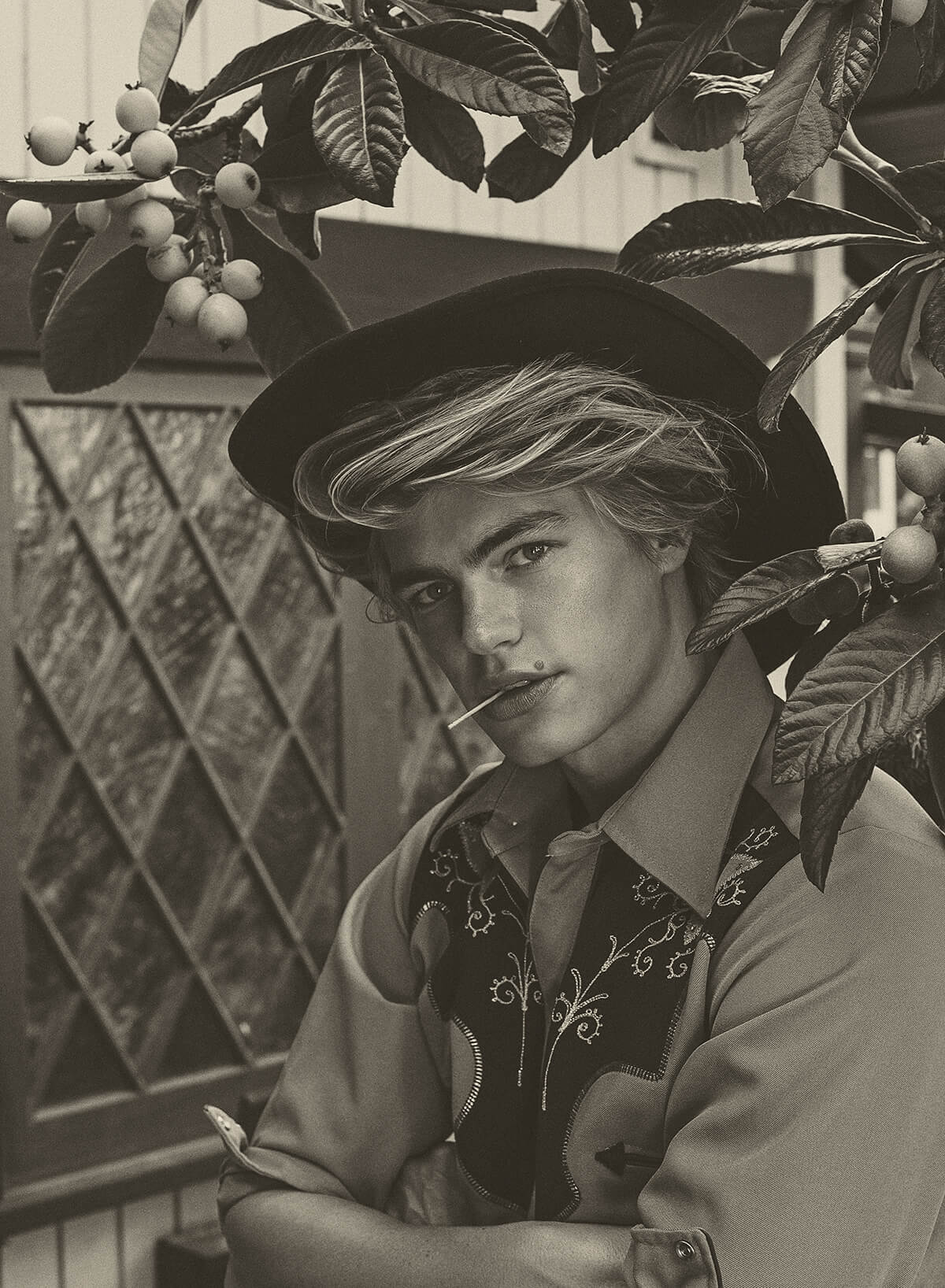 Yeah, I do. I like it more when you get to act a bit. Or they want you to show your personality more on the camera, or they have a story that you can imagine and create something with.

Have you had to do any crazy shoots?

I had one shoot where they were firing paint at me. It was powder paint and they had some sort of contraption – almost like a slingshot. That was fun and very wild. I wasn’t living in London at the time, so I had to travel back on the train and people were looking at me like, “What is going on?” 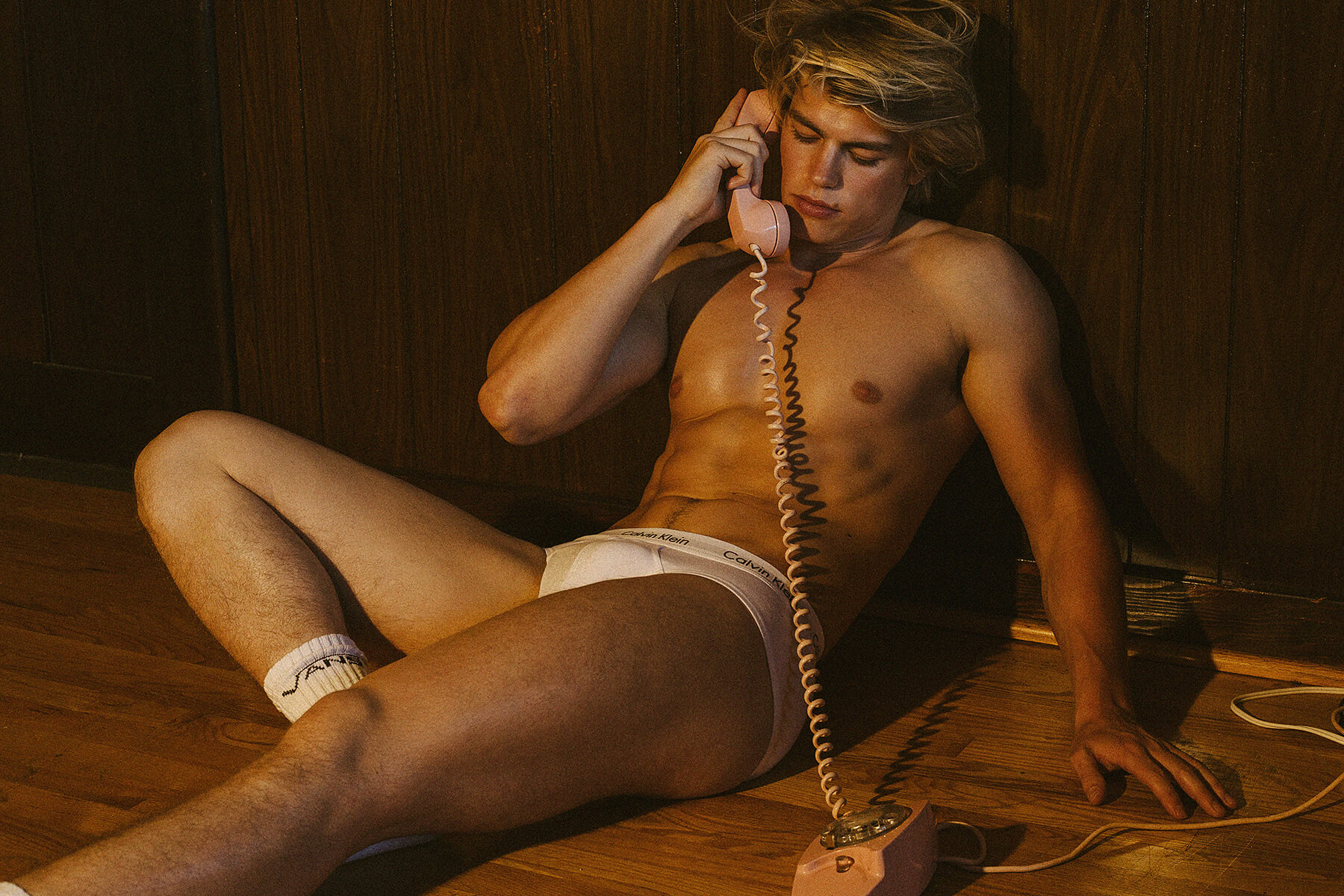 Did you have an awkward first kiss?

Yeah, my first kiss was at the town park in the small countryside town that I’m from. She probably doesn’t even know that she was my first kiss. But I remember the whole time I was thinking, “Oh my god, is this too much tongue?” But then afterward she told me I was a really good kisser. I acted cool about it, but secretly I was like, “So I’m a good kisser now? That’s good!” 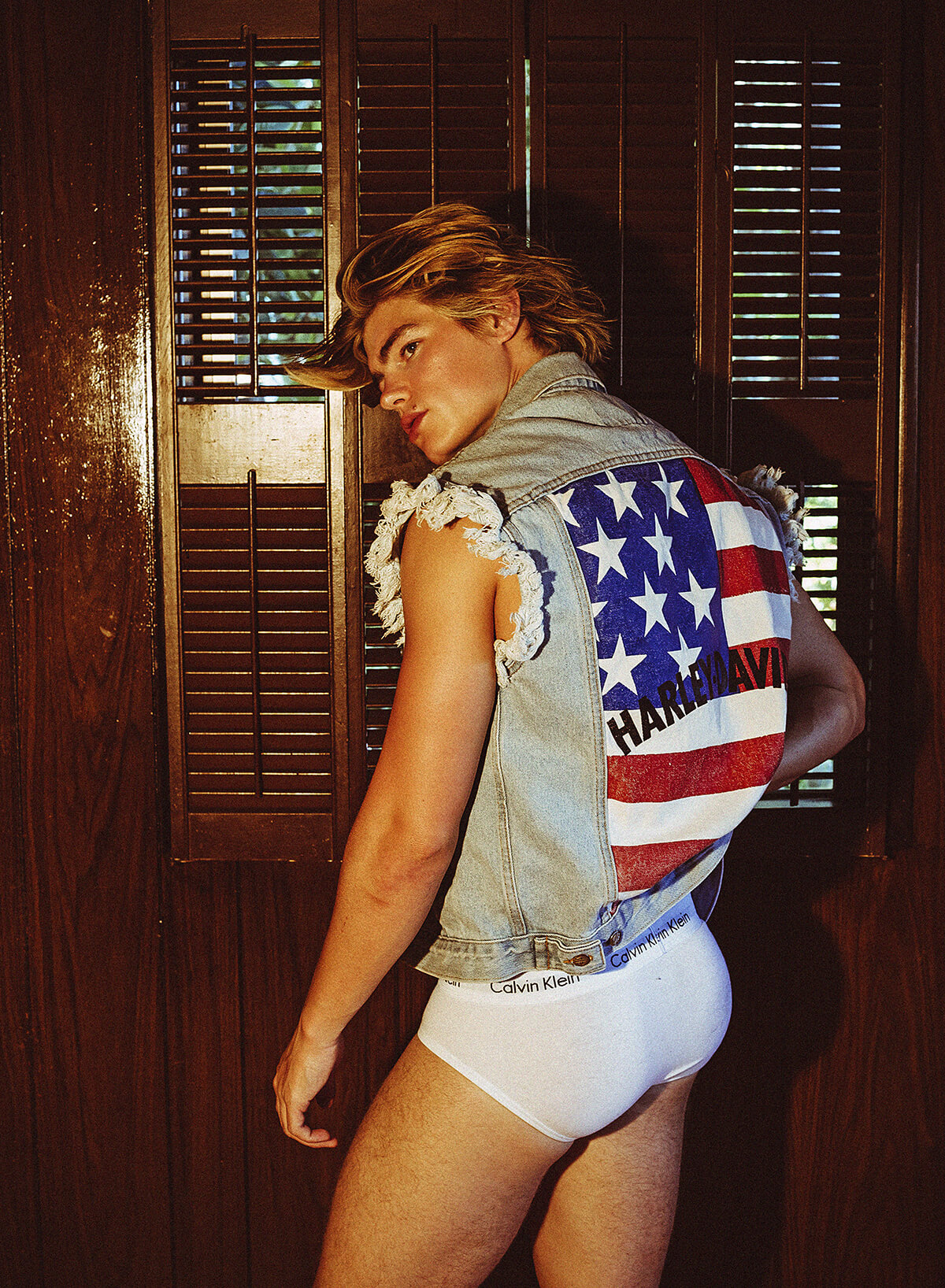 Do you have any embarrassing date stories?

One time, a girl turned up really drunk. She tried to act like she wasn’t, but even the waitress noticed. My date drank the paper wrapper off the top of her straw. It was really awkward.

So what’s something that England does better than the US?

I like that the British people that I know are a lot more straightforward. Here, everyone is friendly, which is great, but it’s not always what’s really going on. I miss knowing where I stand with people sometimes. 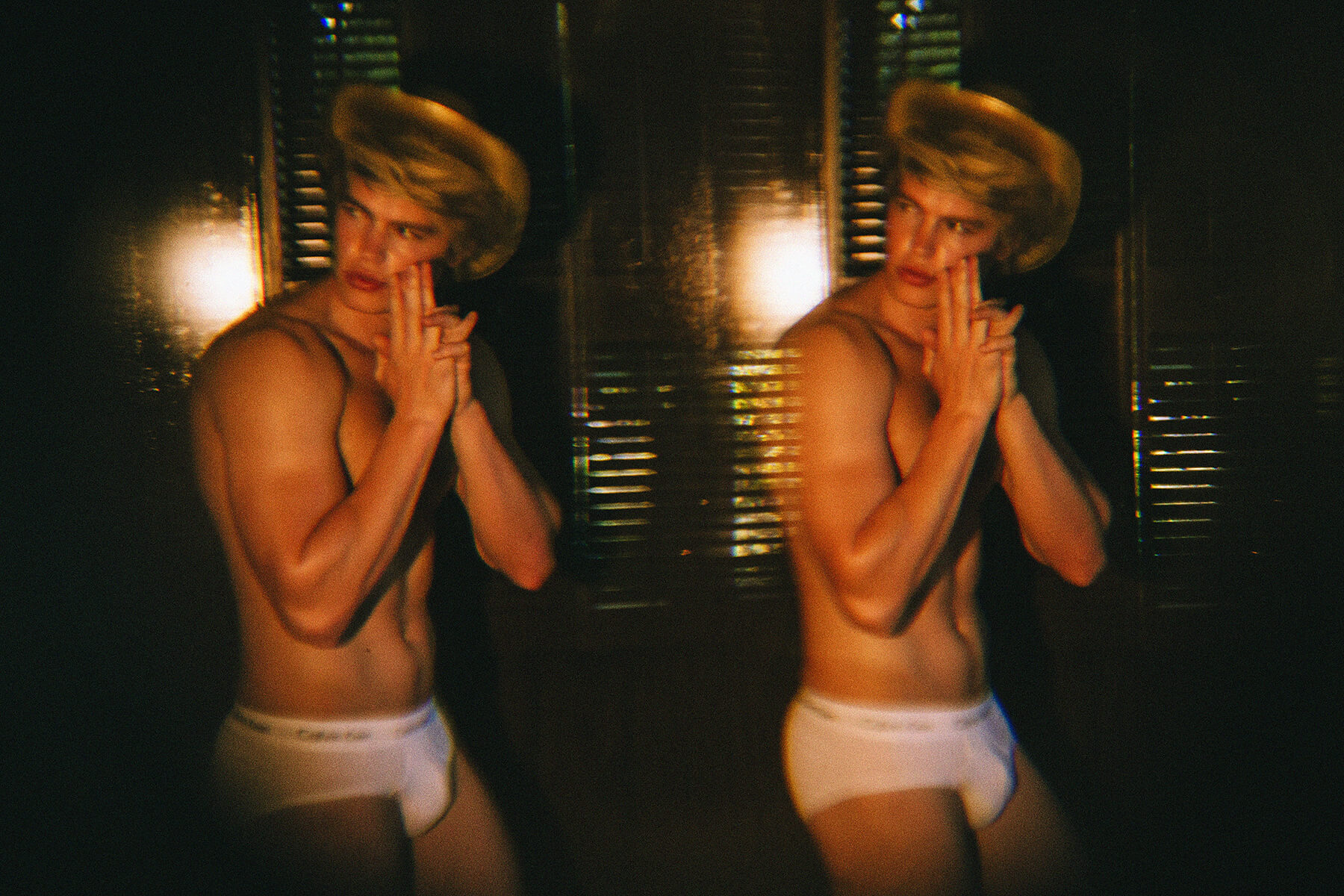 What would be your ideal date if you didn’t know the person at all?

I went to Disneyland yesterday. That would be kinda fun. Or you know what would be really fun? A water park. I love water parks! And then you’re not so embarrassed about seeing each other like, half-naked already. It would be fun if it was a nice, sunny day and you were doing things that were a bit scary together. It just sort of breaks the ice. 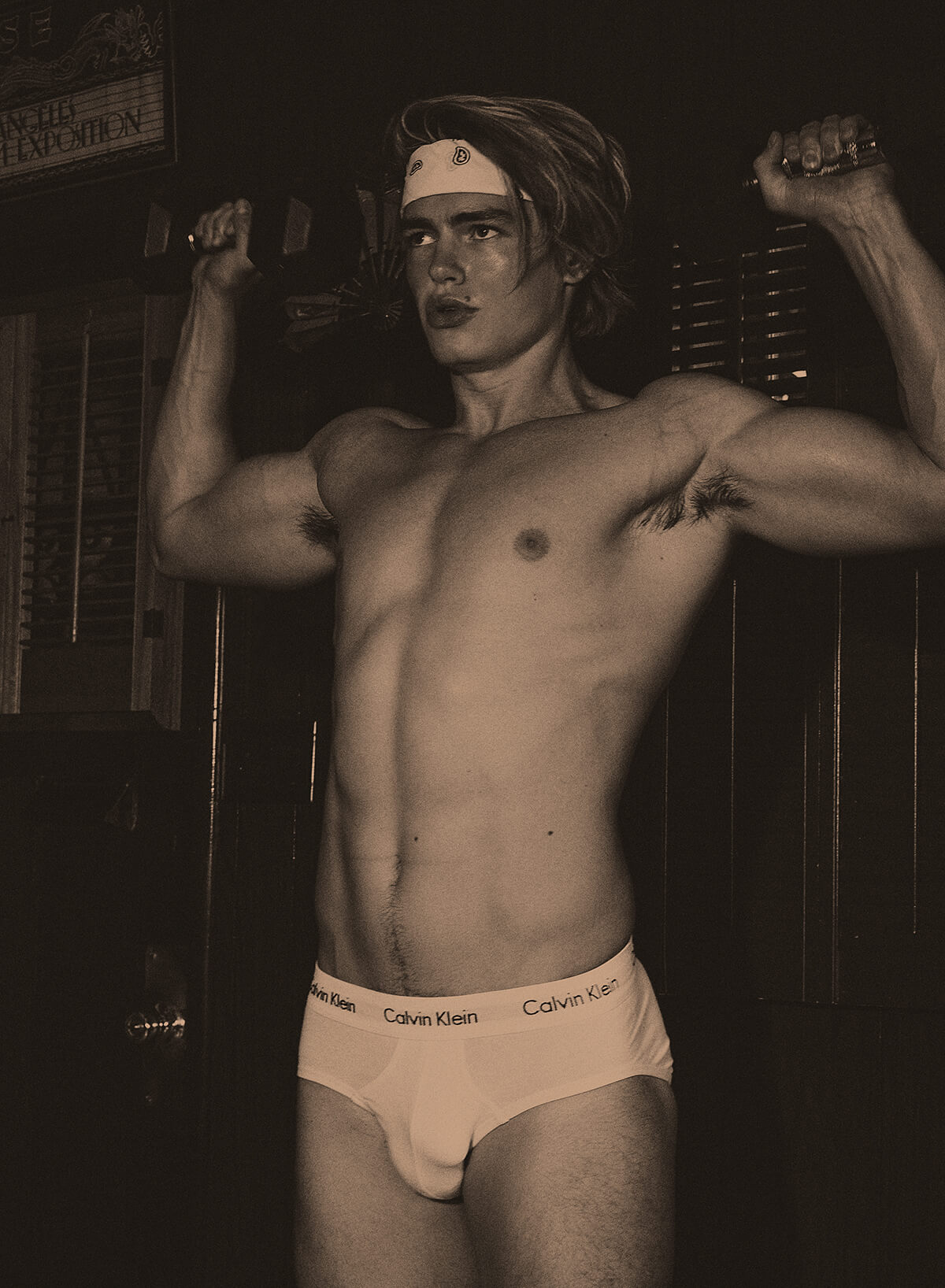 I hate when people say that they’re going to do something but don’t follow through with it. I like to be dependable, and I hate flakiness, you know? 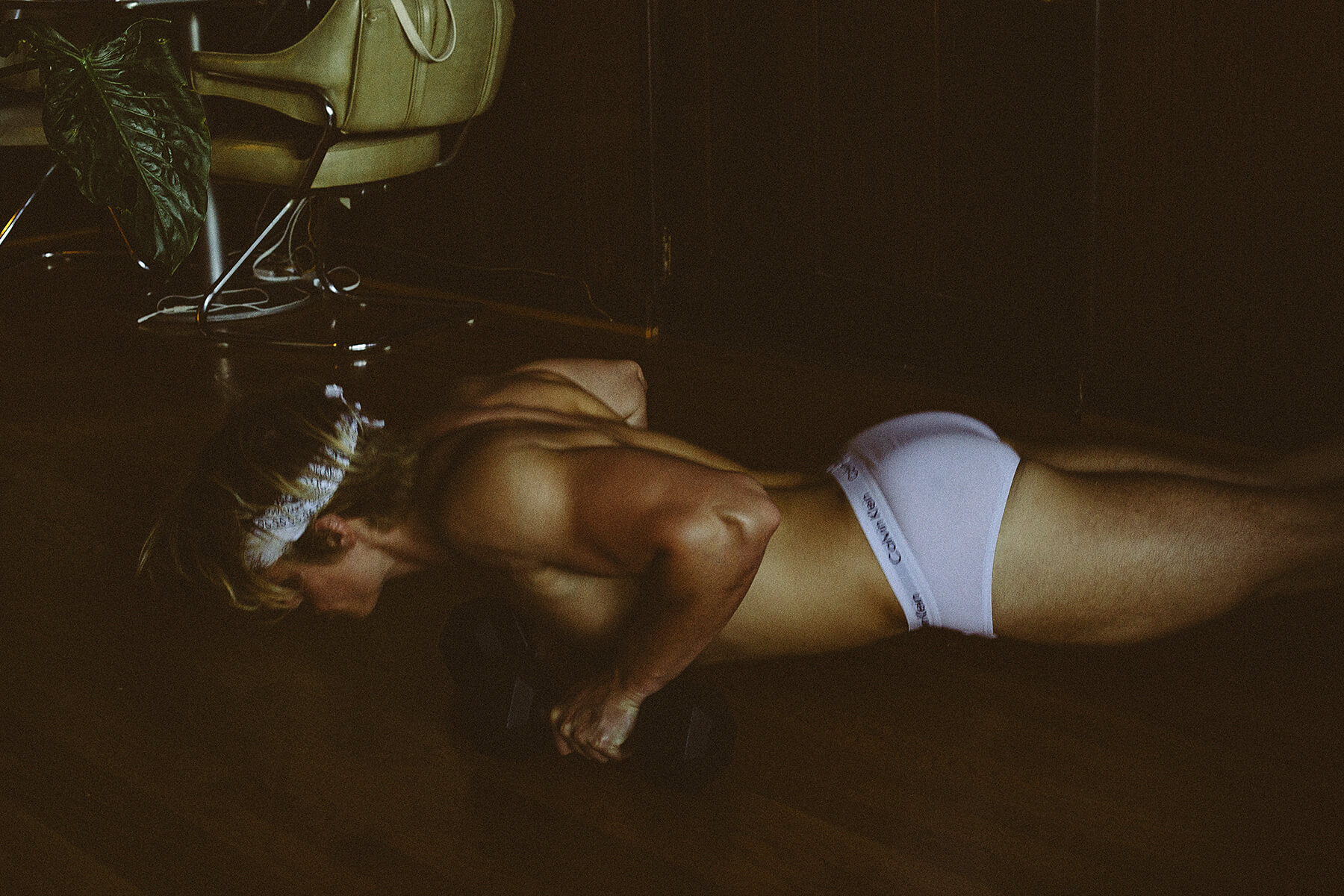 What is something that you like in a partner or a friendship even?

I like people that are up for adventure. People that don’t focus on the negative too much, that you can grow with, and are interested in finding new things to do, not just sticking to the same old regimen 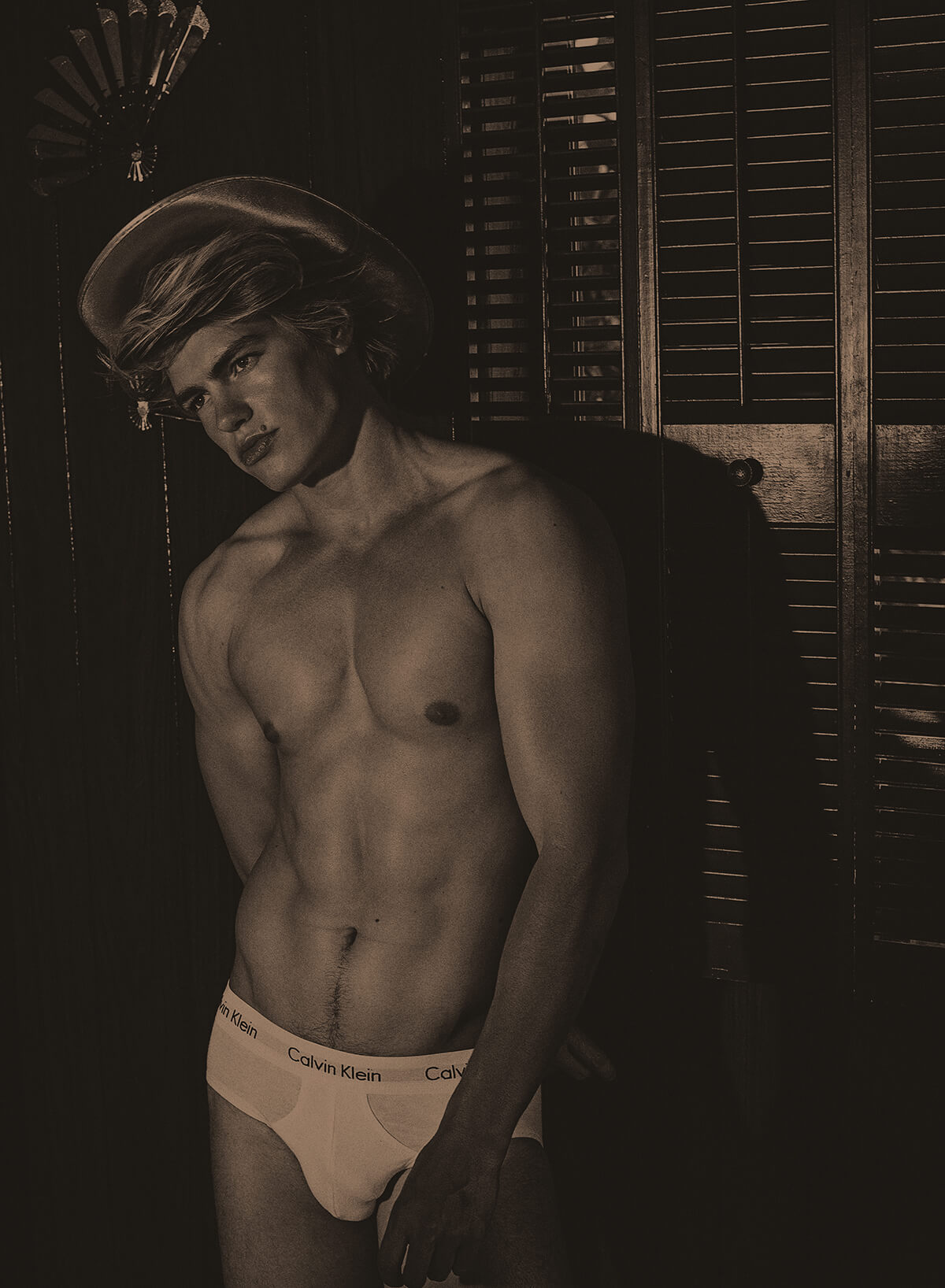