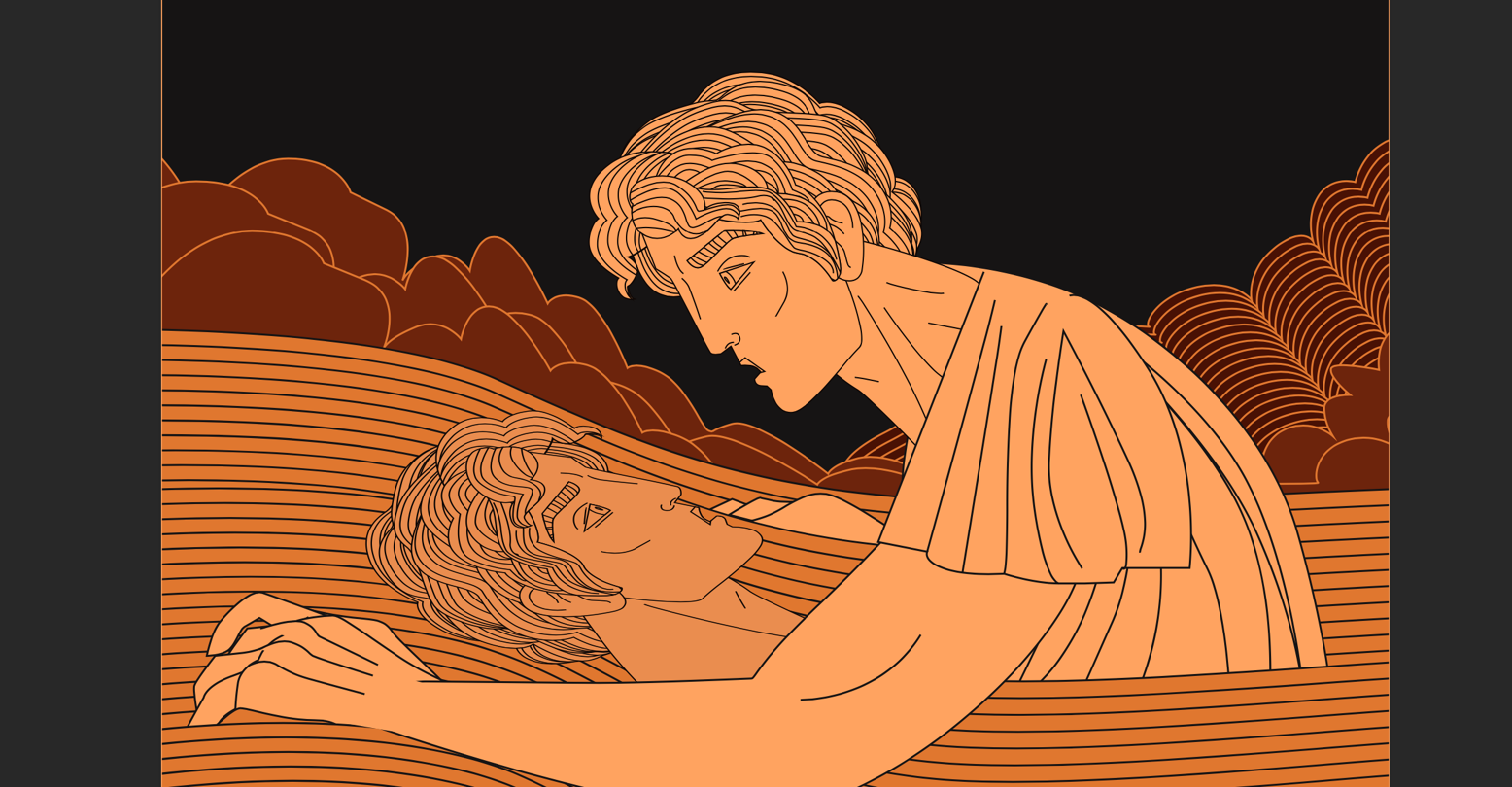 We’ve seen the memes about gay men dating their “twins,” and we’ve read the Twitter exposés calling them out for their dating preferences. Gay men, for some reason, seem to enjoy dating their doppelgängers.

Okay. So, why is that? Is the attraction solely rooted in self-absorption and superficiality? Are we that obsessed with ourselves that nothing less than a perfect replica will do? Does our culture uphold certain types of men to such an extent that we’re essentially just seeking out and modeling ourselves after the very person we’re “trained” to be attracted to?

There’s a lot to consider. The factors that make up who we’re attracted to and end up pairing with are vastly nuanced. Yes, we’re influenced by the depictions we see in the media and our culture, but it also goes much deeper than that. In fact, it might even start at birth.

Are we that obsessed with ourselves that nothing less than a perfect replica will do?

As gay men, we’ve worked hard to cultivate our own identity, whether we define ourselves as a top, bottom, otter, daddy, etc. Most of us grew up in a time where our sexual identities were openly discouraged, so we had to build ourselves from the ground up. And, unlike our heterosexual counterparts, we didn’t have thousands of templates in the media or otherwise to go off of.

So, naturally, once we established who we were, it was going to take a lot for us to budge. We wanted to remain comfortable with our sexuality, so we stuck to what we believed would fit into our idea of sexual expression. In other words, we stuck to what we thought was familiar.

Of course, gay men and members of the LGBTQ community aren’t the only ones who stick to what they know. Our hetero counterparts do it as well, though it’s harder to spot at first. For instance, It’s been discussed ad nauseum how people tend to date individuals who remind them of themselves or their parents.

In fact, we’re more likely to be attracted to someone who’s a mixture of ourselves and a stranger than someone who bears no resemblance. It’s another example of how we seek out someone who feels familiar. This familiarity drives much of our dating habits concerning potential partners. Which begs the question: Where does this supposed instinct originate from? Well, we can start with a little scientific term known as attachment theory.

Being attracted to someone who reminds you of yourself or your parents could possibly start at an early development stage. It’s not a stretch to hypothesize such a connection. Particularly, we can look at the development stages where we bond with our primary caregivers.

From infancy until around toddler age, we encounter crucial attachment stages. How we arrive at these stages influences us for the rest of our lives, meaning a negative attachment stage can have potentially devastating effects on us later in life.

So, what exactly is attachment theory, and what does it have to do with us dating our doppelgängers? Well, per British psychologist John Bowlby, attachment is defined as “lasting psychological connectedness between human beings.” He and other researchers theorized that healthy attachments were crucial to a child’s social and emotional development. He also believed attachment was an evolutionary process, that an infant’s proximity to the mother increased the child’s chances of survival. So, once again, we have potential biological evidence for why we seek out specific kinds of bonds. It’s ultimately rooted in how we’re nurtured in our most vulnerable stages of life.

We may notice a pattern of dating abusive men because, due to our attachment styles, those types of relationships are familiar. And we love what’s familiar, right?

For example, when a child knew a caregiver was dependable, they were more likely to feel secure and comfortable exploring the world around them. Alternatively, if a child could not depend on the caregiver for nurturing and safety, this could have a profound negative (and lasting) effect on the child’s psychological and emotional development. So, depending on the bond you had with your parents, this could also influence the emotional and psychological aspects you seek in a potential partner.

Of course, negative attachment styles could result in unhealthy coping mechanisms. We could, for example, subconsciously seek out a potentially harmful relationship because, unfortunately, we’re still holding on to the negative attachment stages of our formative years. We may notice a pattern of dating emotionally unavailable and abusive men because, due to our attachment styles, those types of relationships are familiar. And we love what’s familiar, right?

Negative attachment styles can also result in our inability to enter healthy, mutually satisfying relationships. One of the common side effects of negative attachment styles is co-dependency, defined as a mental, emotional, physical, and/or spiritual reliance on a partner, friend, or family member. When we find ourselves unwilling or unable to seek out partners who don’t hurt us in some way, it could be rooted in co-dependency without us even recognizing it at first. It could be unfamiliar.

So, does all this mean our tendency to “date ourselves” is automatically rooted in being neglected as children? Not necessarily, though our formative years can play a part in who we choose to date as adults. So, do gay men in these seemingly homogenous relationships need to broaden their dating preferences? Perhaps and perhaps not. Every relationship is different, and results will vary. If two individuals are in a healthy, satisfying relationship, there’s likely no cause for concern.

However, if the pairing is indicative of a pattern of negative relationship habits, it’s worth taking a moment to re-examine the patterns and possible life experiences that shaped them. Were we nurtured and encouraged as children? Did we feel safe and secure that we could turn to our parents for physical and emotional support? Or are we still trying to secure that bond by dating someone who represents everything we desire to see in ourselves? ♦

Dimitrius Jones is the author of Life After Low Self-Esteem.