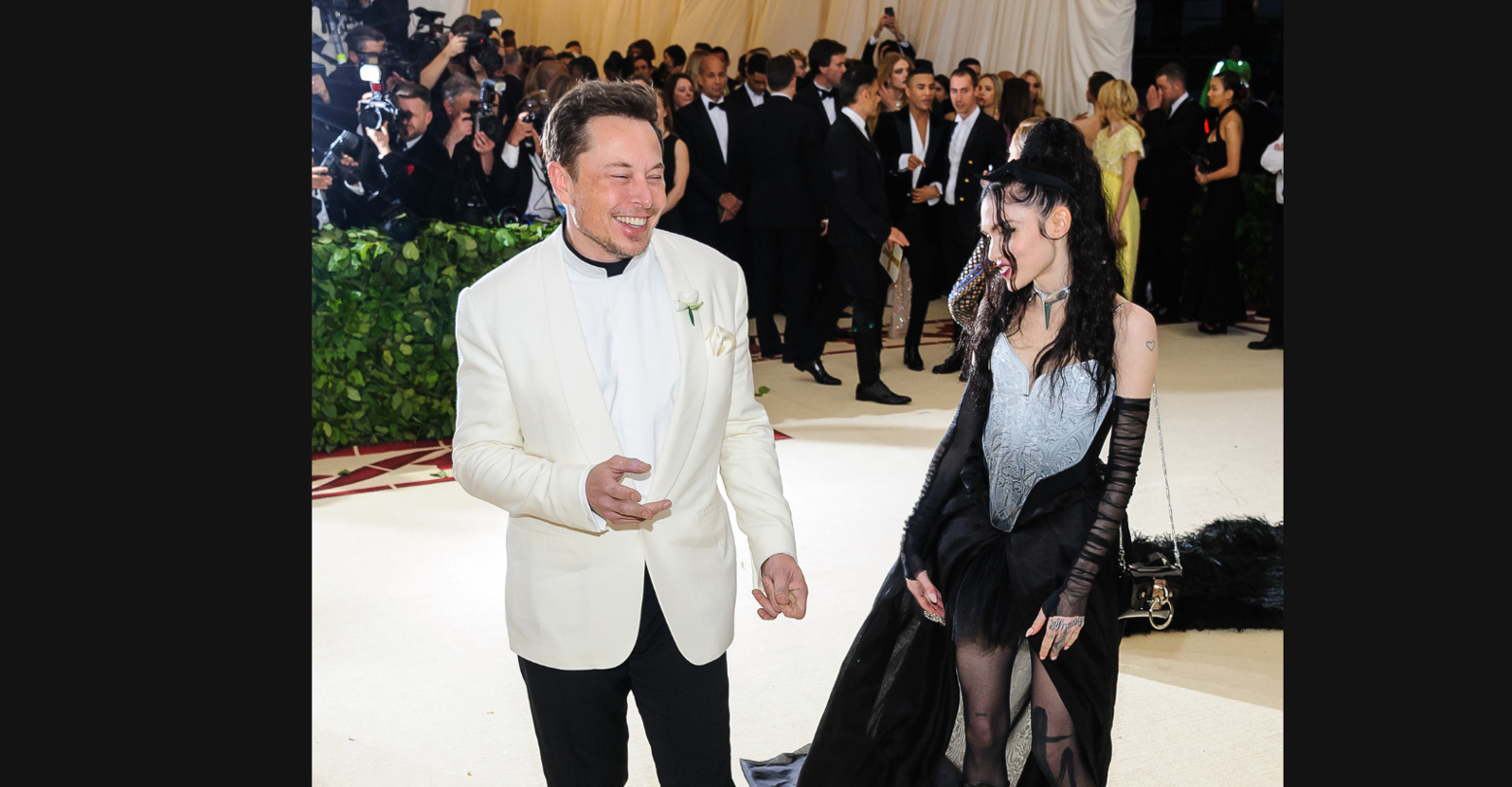 Everyone’s favorite futuristic hell couple, world’s richest weirdo Elon Musk and musician Grimes, have officially called it quits. You may be jumping for joy, or wondering “where did it all go wrong for these two?” Either way, this news is earth-shaking, and quite possibly Mars-shaking as well. Although the couple still “love each other” according to Page 6, they’re definitely donezo. “It’s mostly that my work at SpaceX and Tesla requires me to be primarily in Texas or traveling overseas,” Musk explained, “and her work is primarily in LA. She’s staying with me now and Baby X is in the adjacent room.”

Poor Baby X. If we weren’t praying for them before, we’ll certainly keep them in our prayers now.

In the meantime, hilarious memes! Because there’s nothing funnier and more exciting than the breakup of two very famous, very rich people.

Who could forget this touching moment between the two lovers?

Grimes and Elon musk are breaking up ??? Let’s look back at their most iconic moment pic.twitter.com/EHu3phWXzD

Damn, Elon! That’s a pretty broad statement to make about pronouns! Maybe you just haven’t met the pronoun that works for you yet. The gaslighting begins afresh:

Good Morning, “Grimes dating Elon Musk” was a 3 year sociological study conducted by Harvard University. We are now complete with our study. Thank you for your time.

The transformation we’ve all been waiting for:

Grimes after breaking up with Elon Musk pic.twitter.com/43RJ1DtkQT

Honestly, bring on the conspiracy theories:

Call me a conspiracy theorist, but I don’t think it’s a simple coincidence that Grimes and Elon broke up less than 24 hours after Nintendo announced that Chris Pratt was going to voice Mario in a Super Mario movie.

RIP to an iconic heterosexual pairing:

Get ready for the world to implode:

WHAT. what will single mother grimes arc do to the world. what will divorce guy elon musk do. horrors unleashed that will tug and pull at the seams of humanity in an endless war to unravel us all. https://t.co/t72zIBSdKq

We’ll be processing this for a minute:

chris pratt is mario, animal crossing roost announced, RTD returns to doctor who after 12 years and grimes and elon musk breaking up in less than 24 hours pic.twitter.com/R3b55zQYRA

Let’s be honest: here’s the REAL reason they split:

grimes and elon musk were doomed to break up because they never had a good couple portmanteau. Grusk? Mimes? not a lot to work with there

This was about to be some Stepford Wives shit:

grimes and elon musk have split up pic.twitter.com/btorvvXFkP