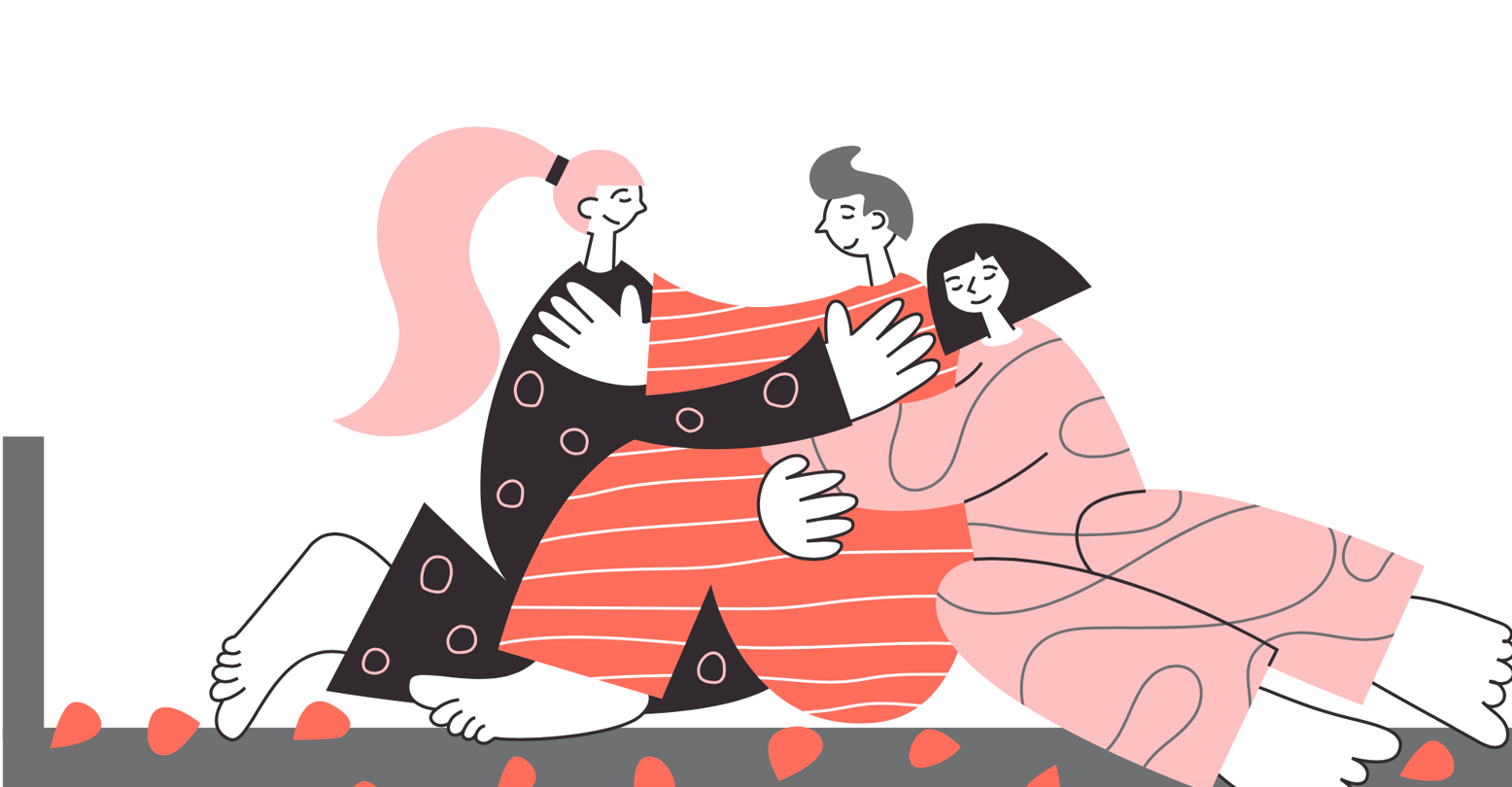 Who is Poly and just who does she think she is?

More and more increasingly, as I peruse Tinder, I keep seeing the phrases poly, ethically nonmonogamous (enm) or some combination thereof pop up in people’s profiles. In the past, this lifestyle was more of a secret kept on the low. Like TLC, people have been Creepin’ well before Burna Boy sang his version of on the low, and even earlier than TikTok’s viral Sneaky links. Now, it’s a part of mainstream queer dating culture.

Some of us, however, remember what it was like before. In the past, it was not A-ok to be in a relationship and actively seeking to add others to the mix. If you didn’t want your business out there, you may have had some Sneaky links of your own. Then there was Down Low culture, which was not to be confused with being on the low. A sneaky link, for the uninitiated, is when you’re single and juggling a few lovers. These lovers may or may not know about each other, hence the sneaky part. The “link” is the hookup itself. For the most part, people simply assumed that if you were out here dating, you had options that probably included a couple sneaky links.

On the other hand, the down-low, or DL, is a secret romance between two men engaging in homosexual activity. “On the low” is a secret shared amongst only a select few: A sneaky link is for sure on the low. To use them all in a sentence, one would say –

“This is on the low, but did you hear Tom got a sneaky link with Ray on the DL?”

As a teenager exploring courtship rules and rituals, having sneaky links was the object. Everyone around me was saying that it was the thing to do at that age. Play the field, get out there and try new things were adages often heard. Even my Dad told me that it was a poor rat that only has one hole.

To that end, during one particular summer, I followed that advice. I was juggling three boyfriends all at the same summer camp but in three different groups. I was coasting. Of course, they were all cute. They had various looks, distinct kisses, different walks, and I liked all of them for different reasons. One day while sunbathing on a wooden structure at the lower part of the camp, the cousin of one of my suitors climbed up to join me. He came bearing the message that his cousin wanted to break up with me because he’d heard I had other boyfriends.  Since I had a surplus, I shrugged my shoulders as if I didn’t care. Plus, I definitely wasn’t going to show any remorse right then, especially when he didn’t even have the courage to break up with me himself. But later, I was upset and thought he was being selfish. He was the cutest one and I had liked him the most, LOL. How ironic.

They had various looks, distinct kisses, different walks, and I liked all of them for different reasons.

As an adult, I perceive the situation in stark contrast to what I’d felt earlier: Yes, I could have them all, but to be ethically nonmonogamous, they would have to know about each other.

To be in a polyamorous relationship you can’t have any sneaky links.  You have to give up your down lows and retire or acclimate any side pieces that are on the low. Everyone involved must consent to be involved. Then there are the many introductions. Believe me, those aren’t for the faint of heart.

Put it like this, you basically have to agree to your person being with and sharing themselves with others. Yes, you must be able to share. If you have any residual triggers over abandonment issues, swipe left. It is not for you and your feelings will get hurt.

Another thing you have to be ready for in a polyamorous relationship is to be available for hours of processing and discussing feelings. Bruh, that shit is exhausting.

Lastly, in the adult poly relationships I’ve experienced, there is a definite hierarchy. Most have a primary, and a secondary, plus if they can juggle it, even a tertiary partner. If I’m the center of this type of scenario, also known as the main bitch, I’m cool. Sharing is one thing, but being ranked is altogether something different.

To be clear, I am not a practicing polyamorist. I’ve been attracted to poly people and because of that allure, I chose the person. But the most uncomfortable notion is the potential that they’ll always keep looking. There has to be some designation for those of us who want a spiritually monogamous person, and can be open to occasional trysts, but are mainly seeking to be with just one main boo.

But until then, it’s all good love.♦