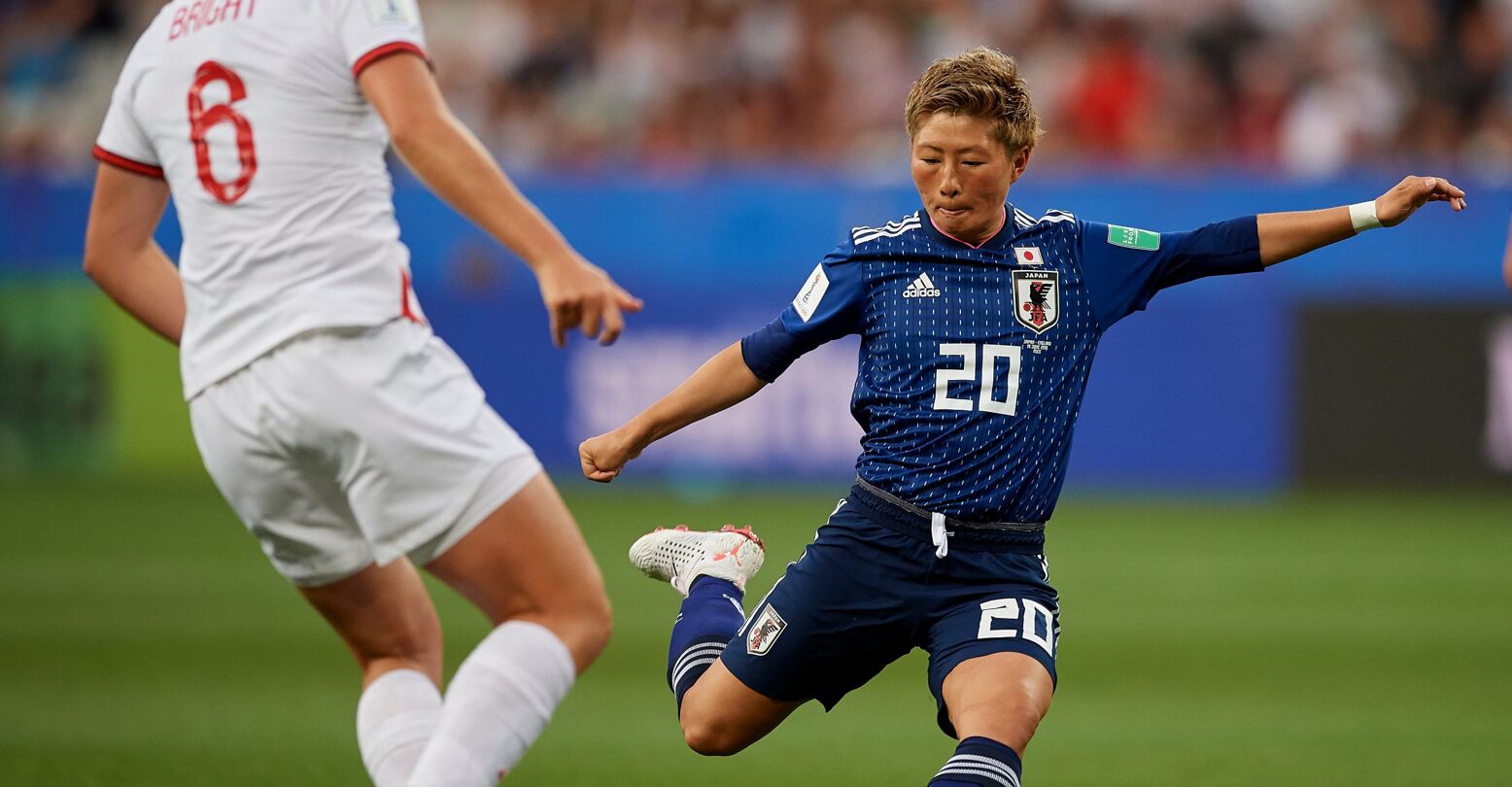 After becoming an international soccer superstar at age 15 – with a FIFA’s Puskas nominated goal at the U-17 World Cup in 2010 – there is seemingly little that trans soccer star Kumi Yokoyama (they/them) can’t do in competition. Still, the more time that passes, the more they manage to one-up themselves on the field: from 2014-2019 Yokoyama scored 99 goals with only 144 appearances for AC Nagano Parceiro, then they got signed by the Washing Spirits in 2019, and now, they’ve taken to their home arena of D.C.’s Audi Field to propose to the love of their life.

Yokoyama announced the news with a celebratory tweet , excitedly typing out,“She said YES!” Alongside the announcement came some adorable photos of Yokoyama getting down on one knee and doing the whole damn thing for their lady. The soccer star clearly came prepared as pictures of the couple appeared on the stadium’s larger-than-life big screen.

She said “YES”!
Thank you for everyone!!! pic.twitter.com/BqVFebzGFG

The Washington Spirits responded to the joyous occasion with a tweet of their own: “Happy Monday, here’s something to make you smile!” Attached to the tweet was one of Yokoyama’s legendary proposal photos and a celebratory congratulations from the entire team. “We’re so happy for you both,” The Washington Spirits geeked.

The National Women’s Soccer League also chimed in, tweeting out a congrats to the happy couple.

It seems that for Yokoyama, who came out as trans last June and is now engaged, life only gets sweeter with every courageous step forward they take. That’s not to say coming out was easy for Yokoyama, but the casual queerness of soccer in the United States and Europe allowed them the safe space to live authentically. With the support of their former teammate Yuki Nagasato, Yokoyama came out in a Youtube video on Nagasato’s channel.

During the interview conducted by Nagasato, Yokoyama pinpoints playing soccer outside of Japan as a key experience that allowed them to ultimately live their truth, “In Japan I’d always be asked if I had a boyfriend. But here [in The United States], I’m asked if I have a boyfriend or girlfriend.”

The Washington Spirits responded to Yokoyama’s vulnerable video with a delightfully threatening tweet reminding fans not to forget that the speedy soccer player uses they/them pronouns, “….and don’t forget it!” the team adds.

As Yokoyama also uses time in the video to thank Canadian trans footballer Quinn for creating a safer space in the NWSL, the Japanese soccer prodigy becomes a role model of the same prestige. When it comes down to shooting your shot, Kumi Yokoyama quite literally doesn’t miss.