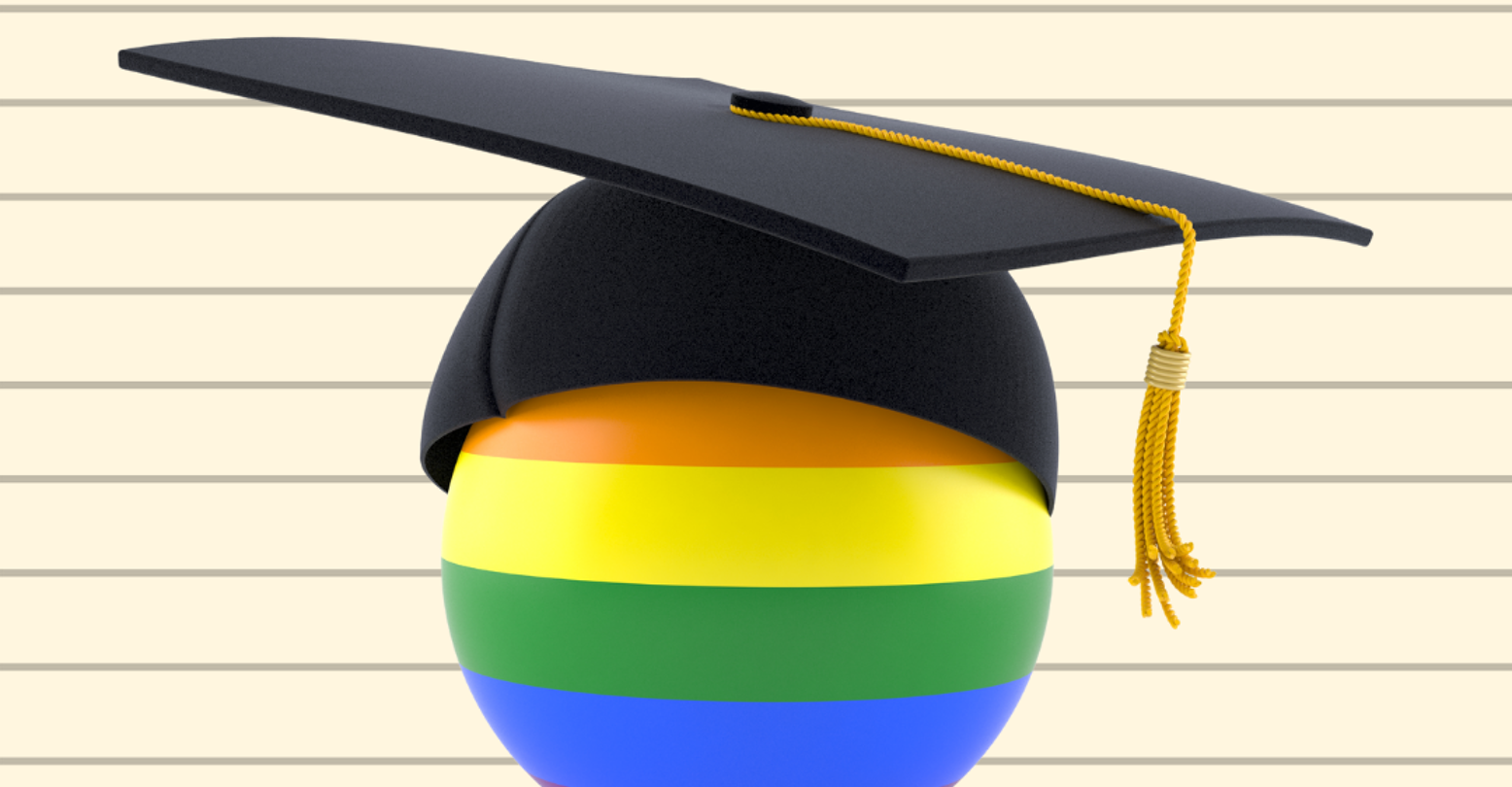 You may have heard about the youngest plaintiff in the lawsuit against the “Don’t Say Gay” bill, Zander Moricz.

The first openly-gay Class President in the history of his school in Pine View School in Sarasota Springs, Florida has spoken out at length against HB 1557. The bill, signed into effect by Florida Governor Ron DeSantis on March 28, 2022, purposefully uses vague language to prevent education on sexual orientation and gender identity from educators and third parties.

And while the bill is targeted towards kindergarten to third grade, the language within the bill makes its reach more extensive and dangerous. With the “Don’t Say Gay Bill” seemingly prevents students from discussing and learning about sexuality in an place that can become a safe space for youth discovering about their identities.

Although Moricz was graduating ahead of HB 1557 going into effect on July 1, 2022, the student was told some disturbing news. If he discussed his engagement in the case against the “Don’t Say Gay” bill or any mention of his activism during his graduation speech, his mic would be cut and the ceremony would be halted.

So to navigate this ultimatum, Moricz creatively crafted a speech that “says gay” without ever saying it. Check out his speech below.

Naturally, the internet applauded Moricz for his brave and creative stance.

Zander Moricz, Sr Class President, was warned to not say Gay, so he shared challenges of being curly haired.

Zander took back his power and outplayed, outwitted & outlasted censure of his truth & existence.
Help those who can’t. #FreshResists #LGBTQIA
https://t.co/R5gDWrqjKu

🌈 I 💙 ZANDER MORICZ ‼️ Intelligent resistors always find creative ways to outsmart the bigoted dummies who try to oppress them. This young man did exactly that. His parents should be proud. He’s the kind of young democrat who’ll be voting in November‼️ https://t.co/RgDk3kaVSY

Openly gay Florida senior, Zander Moricz, was told his mic would get cut during his graduation speech if he mentioned his LGBTQ+ activism. The way he got around that warning was both hilarious and poignant.

Zander Moricz, a Florida high school class president was told by his school – they would cut his mic if he said “gay” in his speech, so he used "curly hair". The most moving 90 seconds of heroism. The struggle to be, the struggle to love, isn't over. Pride as relevant as ever 🌈 pic.twitter.com/2WwGsYpehG

This speech will give you hope and break your heart 💔 Zander Moricz. https://t.co/fkJClyfpge

If you’ve been following the @zandermoricz story in Florida, here is his graduation speech. I think he nailed it. https://t.co/hoHCcYmita

The future is brighter with more queer and trans youth staying true to themselves, their values, and their community. We couldn’t be prouder of this new generation of LGBTQ heroes.