I blame most of my bad fashion phases on coming out, because coming out is a long process. I came out to myself in front of a mirror after watching an episode of CSI and realizing that the crush I had on the dykey investigator superseded any pretend crush I had on any of my male schoolmates. The next day, I dyed my hair jet black and got busted by my mom the moment she saw me in sunlight.

My later teen years were spent on cultivating a “straight” look that relied heavily on dark eyeliner and studded accessories and making out with pretty boys with lip rings. But, the moment I came out to most of the people in my life, I cut the sleeves off most of my T-shirts and had a matching backward snapback for every one of them.

Even though I’ve nearly successfully deleted the snapback phase from all social media, that summer spent in badly torn graphic tees (most of which my mom threw out due to explicit content) was the first time I ever felt any sort of confidence in my appearance.

I got some friends together to talk about their own arduous fashion transformations and photographed them in all their glown up glory. 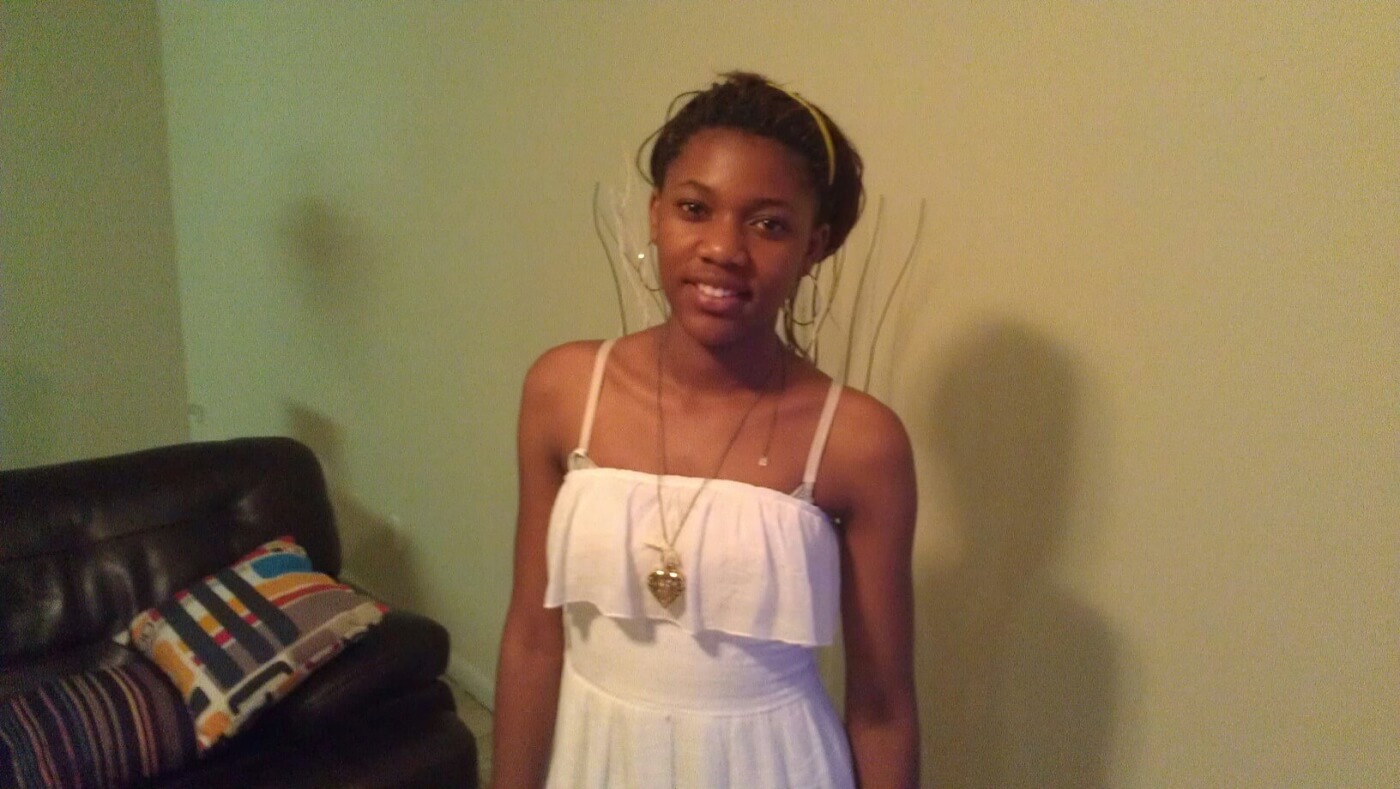 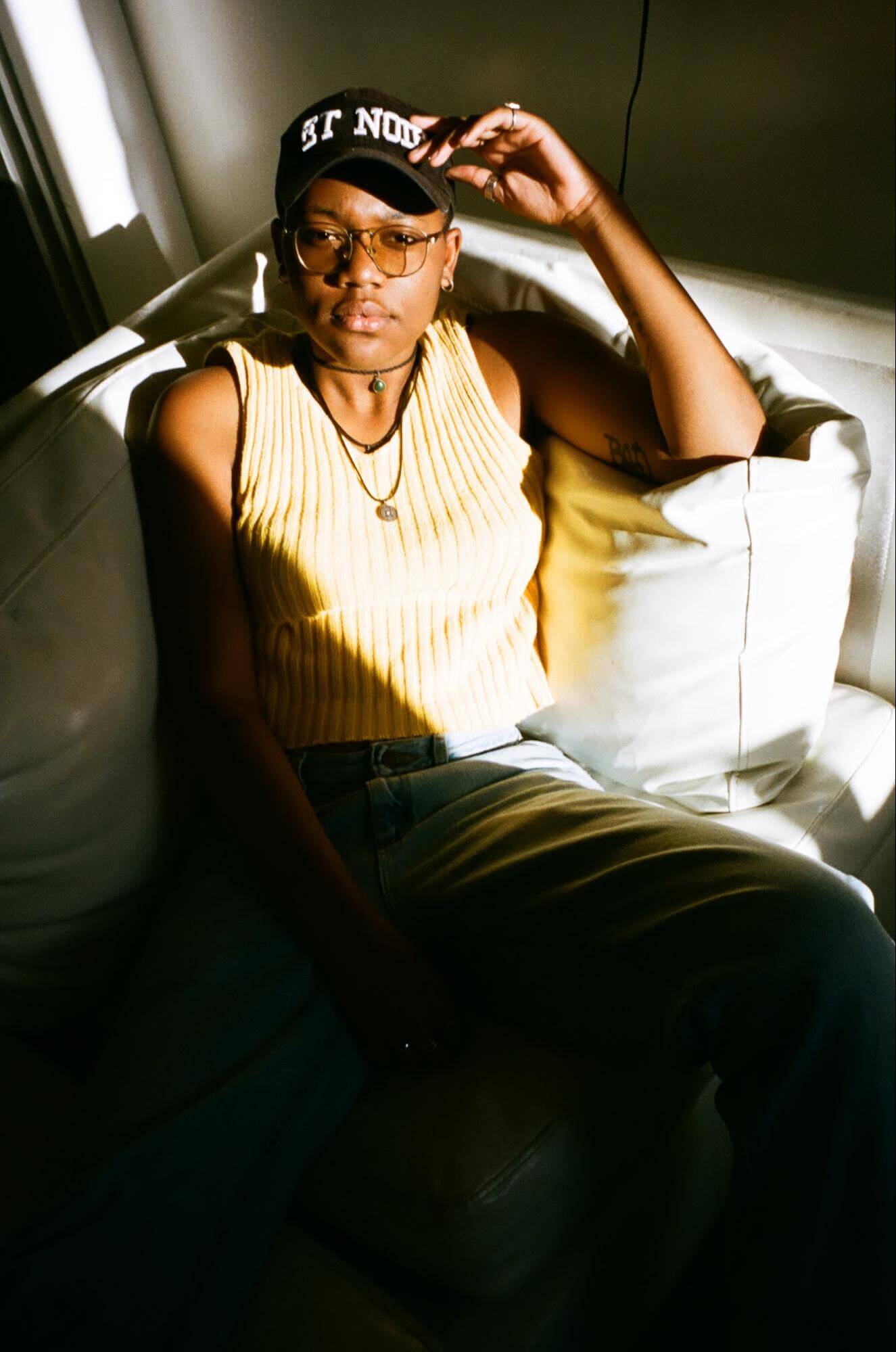 I was 18 when I came out to my friends and my sister, and 19 when I was outed to my parents.

What was your style before coming out?

I used to be very feminine, I wore a full face of makeup every day.

Describe your style transformation after coming out?

I started cutting my hair shorter, stopped wearing any makeup and progressively started getting rid of all my skirts and dresses. I also stopped wearing heels, got the dykiest boots I could find and started a vest collection inspired by Shane’s leather vest look in the L Word pilot.

Did your level of confidence shift after coming out?

My ego grew once I came out for sure. I realized how bad all the makeup stuff was for my self-esteem and once I let it I started to feel more authentic and it didn’t feel like I was constantly hiding anymore.

How would you describe your style today?

I think my style is soft butch with unnecessary ’90s nostalgia. 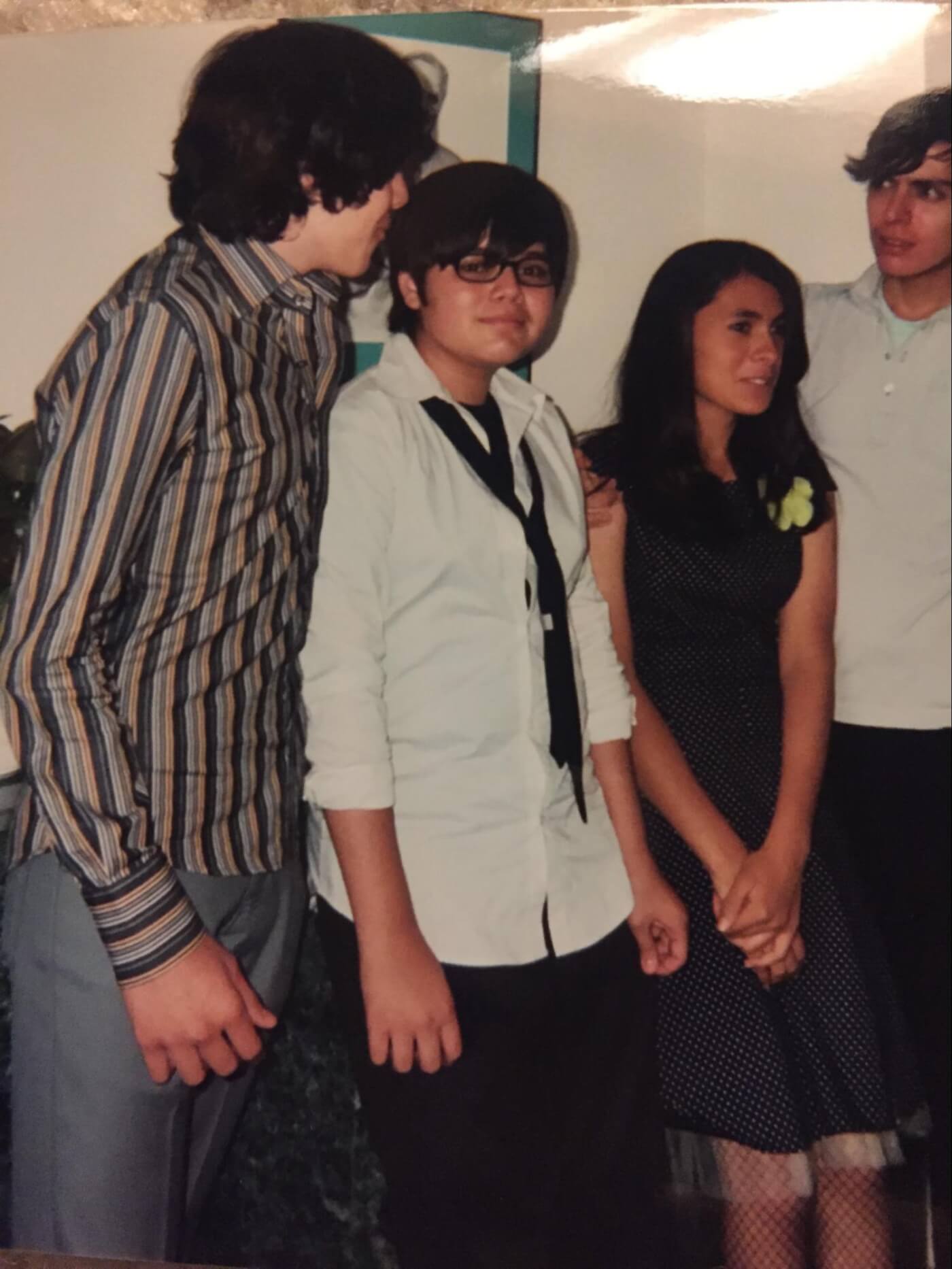 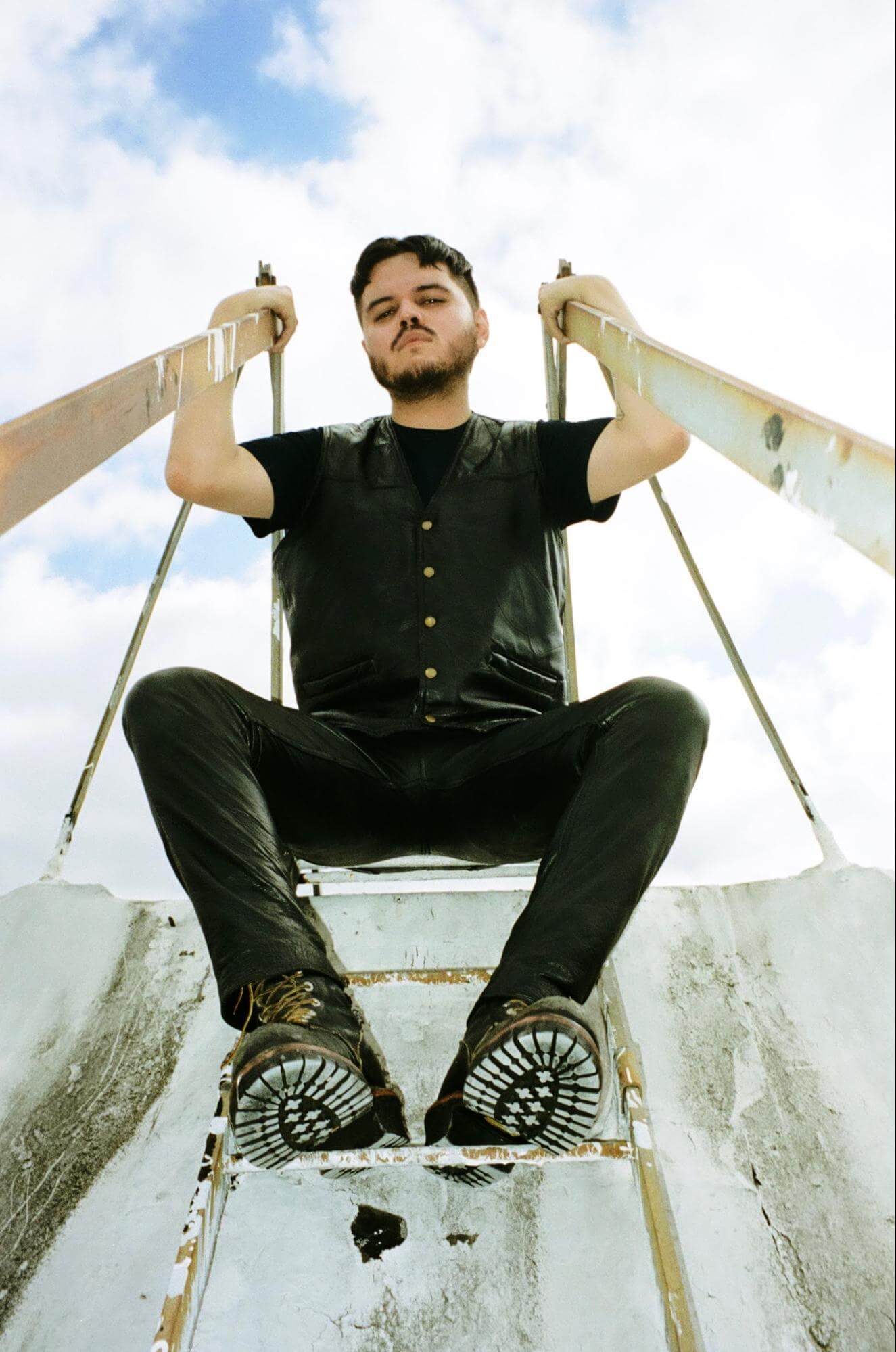 Describe your style before coming out?

After you came out, did your style change? Describe that evolution. Did you go through phases?

I went through more phases before coming out while trying to figure out exactly who I am, but I regret never fully committing to most of them. I definitely went through a full-fledged Avril Lavigne-inspired emo phase though. Coming out solidified a major part of my identity for me and that surer footing has led to better style. We started at booger though, so is that really saying much?

How did coming out and the subsequent style changes affect your confidence?

Coming out for me was a vital step towards living authentically and being happy. Since coming out as queer I’ve also come out as a fire sign. Fire signs are pretty confident.

Describe your style now in a sentence or less.

Someone once described my style as survivalist anime character, and that’s true most days, but today I’m giving you 100% pure leather. 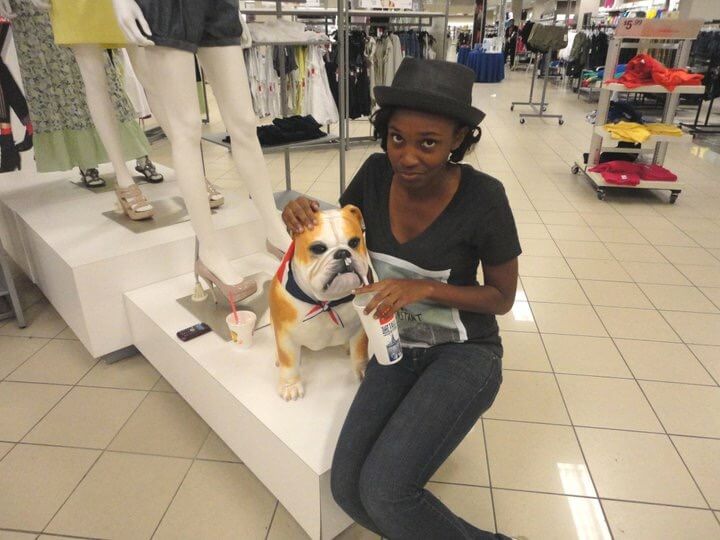 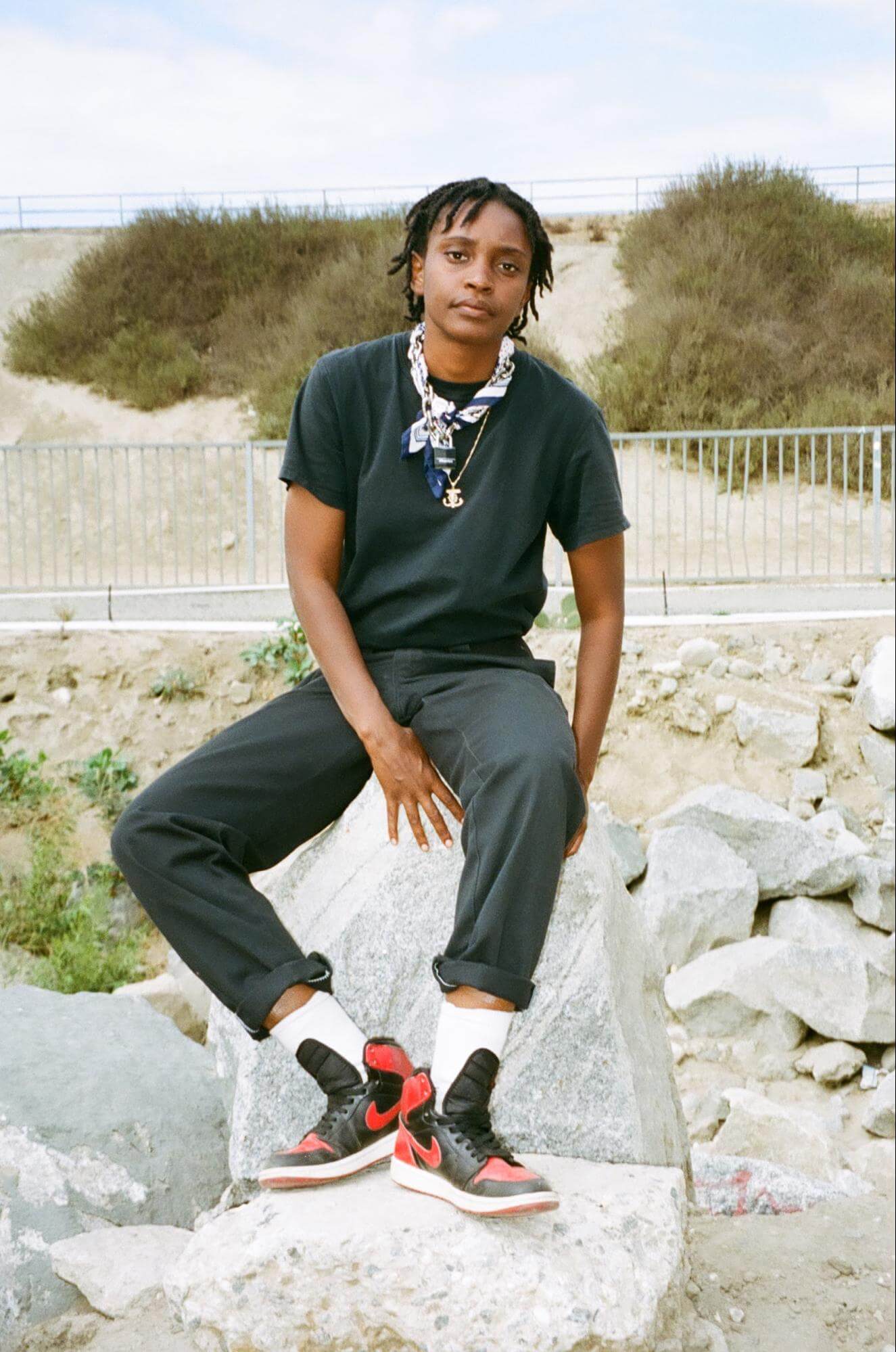 I think I came out around 15 or 16. I spent my 11th and 12th-grade years of high school out, and openly identifying as a lesbian at school. But I wasn’t out with my family until I was 18 years old.

In high school I shopped mainly at Zumiez for skate looks, Hot Topic for pop culture and rock/ emo look associated accessories and Forever 21 for preppy looks. I loved and still love to dabble to spectrum.

What did your style transformation look like after you came out?

The biggest change I experienced in my style was shopping in the men’s section after coming out. Before I dressed pretty tomboyish, but I was confined to purchasing from the girls/women’s section previously. And as a kid, I grew up in a household that shopped for clothing only twice a year; going back to school and Christmas.

Did you go through any phases?

When I began to work for myself I started to spend a bit more per item than my parents would have. I had a major hypebeast phase that progressed from diamond supply to and an entirely separate Instagram for buying collecting and selling Supreme and other Fairfax staple names.

How did coming out and the subsequent style changes affect your confidence?

I think there was so much allowance in my childhood to be sporty and tomboyish, everyone in my family thought I’d be a basketball player. But they definitely tried to find the balance of that allowance for being a tomboy but denounce queerness as it manifested. I guess they failed.

How would you describe your current style?

When I was younger I didn’t want to appear like most queer women I saw in my immediate surroundings, I felt like they were behind on fashion. Dressing in what would’ve been considered fly for 2005, but it’s 2010. My current style is just trendy, I feel my best queer in a new look. What I feel is a current trend I’m really exploring is utility and industrial wear Mets sporty. It flows with the type of hands-on work I do and feels like expressions of the soft masc I seek to project. 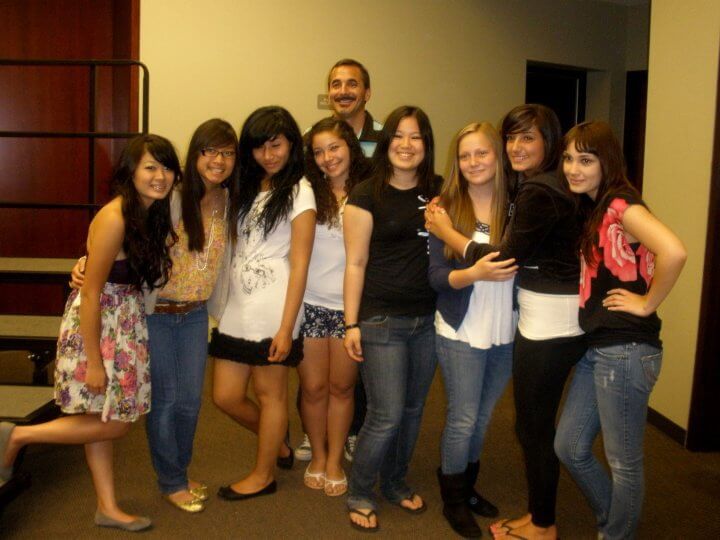 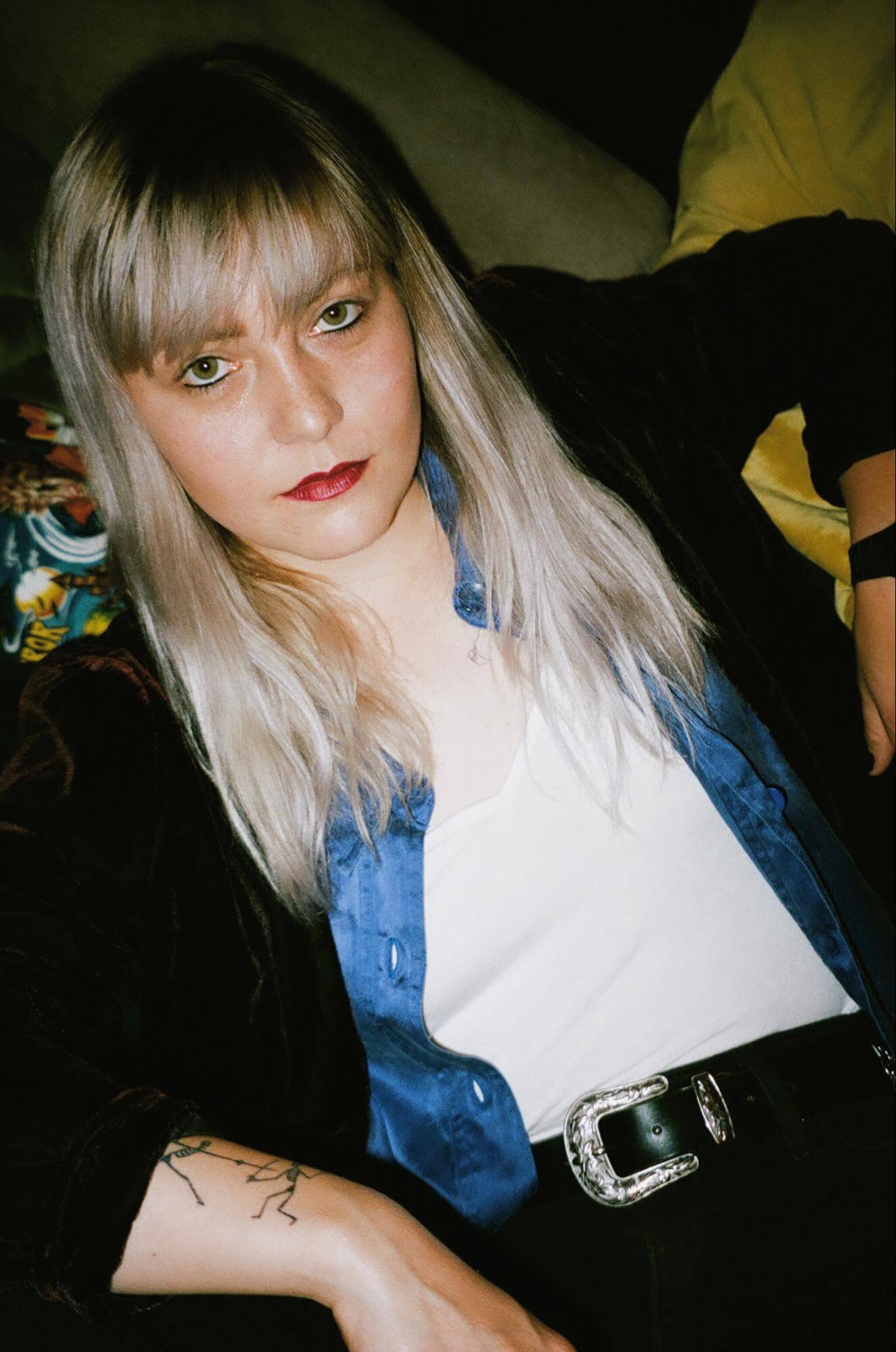 It was a slow process starting at 18 when I came out to my stepbrother, continuing until I was around 22 when I finally had enough self-confidence to out myself in everyday conversation.

Describe your style before coming out?

Clearly, I was someone who was just trying to not stand out and just go unnoticed in terms of style. I just wanted to be left alone in my sad brooding closet that was full of jeans, tees and un-noteworthy pieces.

After you came out did your style change? Describe that evolution? Did you go through phases?

My style definitely changed after I came out and it began to go through a period of growth mimicking the personal growth I was going through. It is clear that as I became more comfortable with myself, my own skin and my identity that those things were expressed through my clothing choices. I started to branch out from what I thought was the expected standard of utilitarian clothing and was less scared to take chances and draw attention to myself. I began to strive to look the way I wanted as I was striving to live the way I wanted rather than using style as just another attempt to hide who I really was from the world.

Describe your style now in a sentence or less.

If my father’s closet circa 1984 watched too many reruns of Buffy and got dumped by Faith. 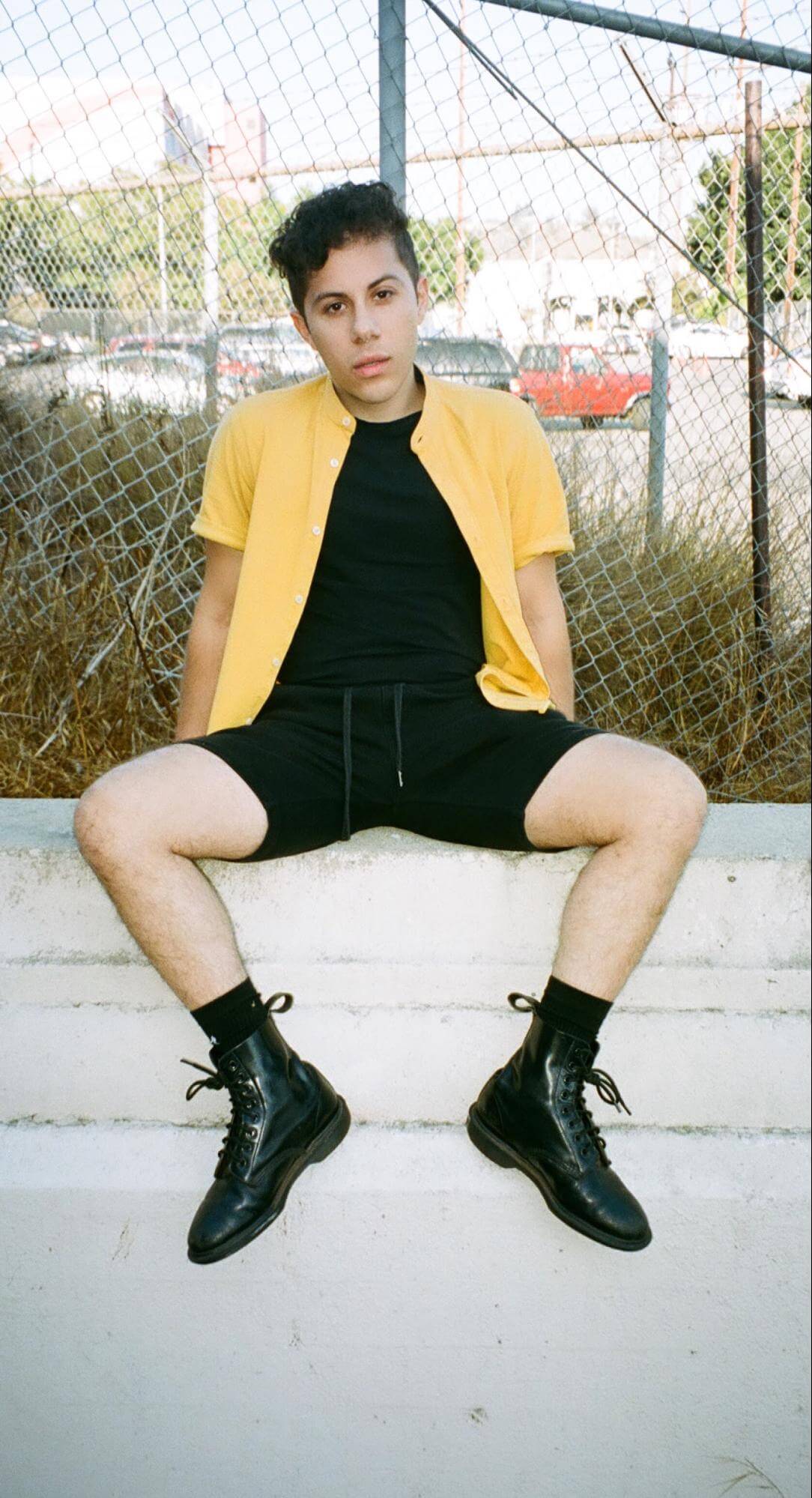 How would you describe your style before coming out?

I looked like a baby lesbian. On my more masc days, I’d wear a beanie or snapback with neutral colors. Always some sort of skinny jeans (spoiler: they got tighter). Chucks, occasional boots, they looked like Timberland boots’ cousin.

How would you describe your style now?

Lesbian gender neutral chic. Each day is different though. Some days I’ll be more chill, others I’ll have A LQQK. I have piercings now, want a full sleeve, looking for my perfect hoop earrings, and have a lot of black. The common denominator though regardless of the day I’m having, is gender neutral for sure. Too femme/masc makes me feel uncomfortable.

Did your confidence levels change after coming out?

Confidence…wow. Holy shit. LOL. What a difference. I still have my inevitable insecurities, but now I don’t feel lame. I can look at pictures and be happy with my aesthetic. It’ll always be growing and evolving as I do. No more cringing. 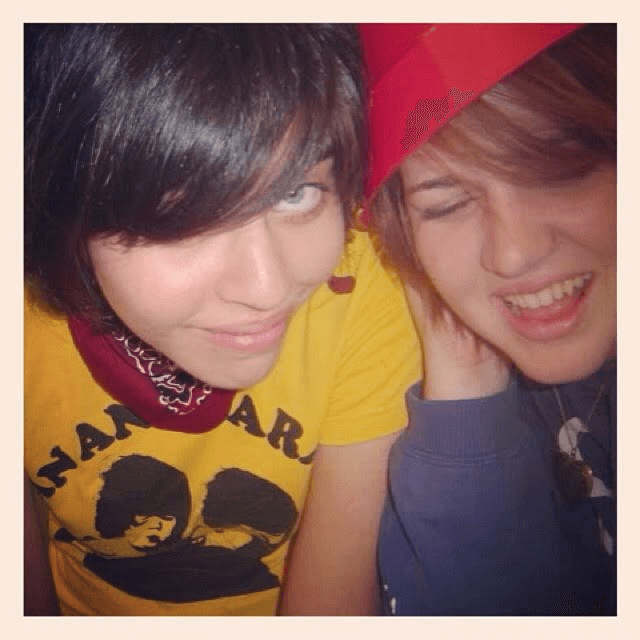 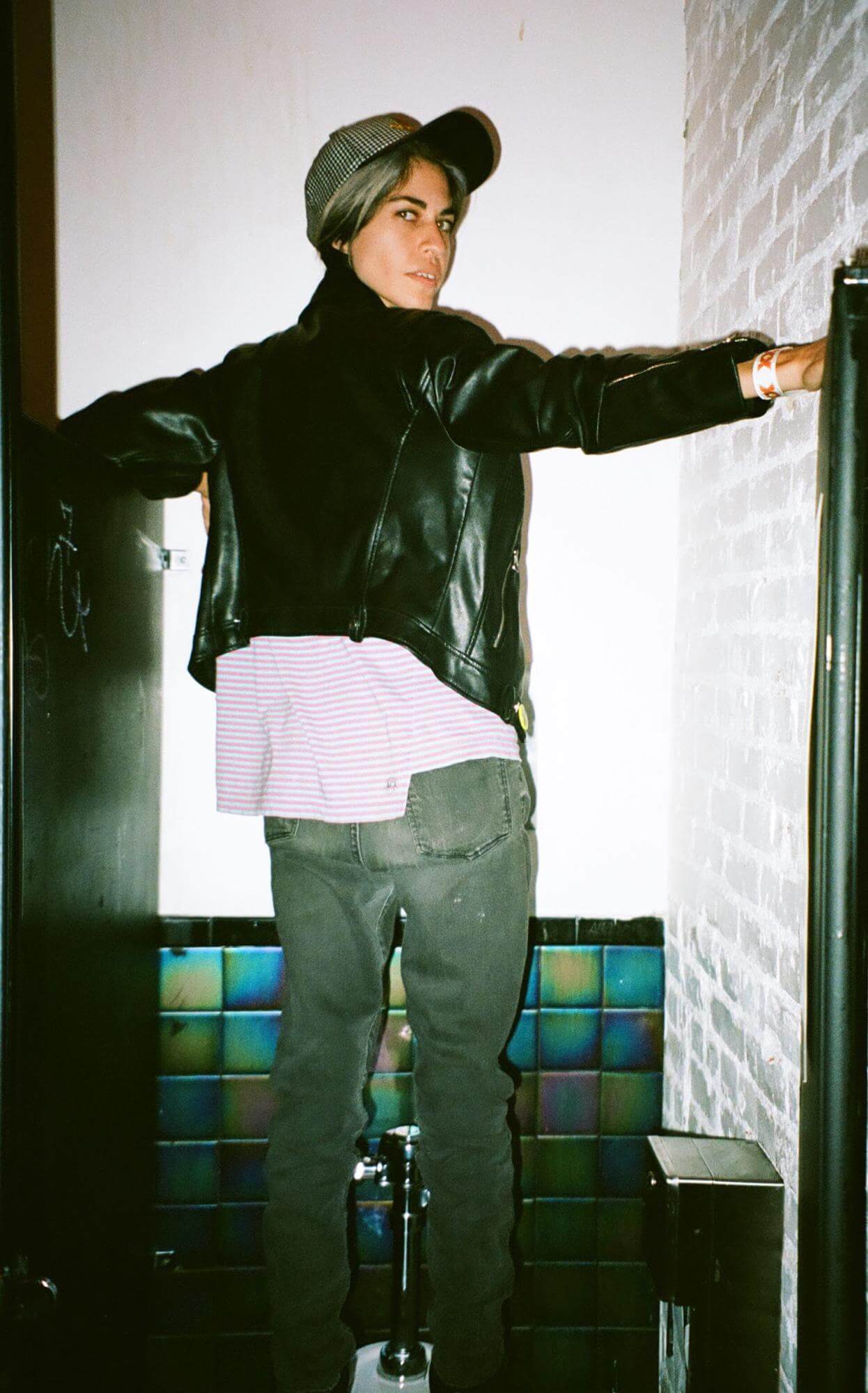 I came out multiple times, but the first two times I came out to my mom and brother I was 18 and 21.

My style was awkward for sure; I was trying to look cool and bought things based on that, and brand names, and was also slowly moving away from buying things that I thought made me look more feminine. I remember basically nothing fit right.

How did it evolve?

After I came out and moved from LA, I basically started trying to look more butch, which I don’t even think that came to fruition cuz I had a friend tell me she thought I should just dress how I like and not how I think I should. I have definitely had phases, but I think they’ve all been fairly subtle since I’m always doing the t-shirt and jeans thing.

How did coming out affect your confidence?

As soon as I realized what my style was, I felt so much better about myself and was able to play with my look in ways that came from me and not external influences. That has continued to be a source of confidence for me.

My style now, I guess, is a fag who used to play punk.