When London-based, British/Icelandic-born punk trio Dream Wife put out a call for women and nonbinary artists to open for their U.S. tour dates, they received more than 400 submissions. Vocalist Rakel Mjöll, guitarist Alice Go, and bassist Bella Podpadec wanted to make sure these underrepresented and underappreciated acts were able to find supportive venues and crowds to perform in front of, writing in their call: “Gender diversity in the music industry is still an issue and the aim is to provide a platform for women/NB musicians regardless of experience, financial backing, number of online followers etc.” 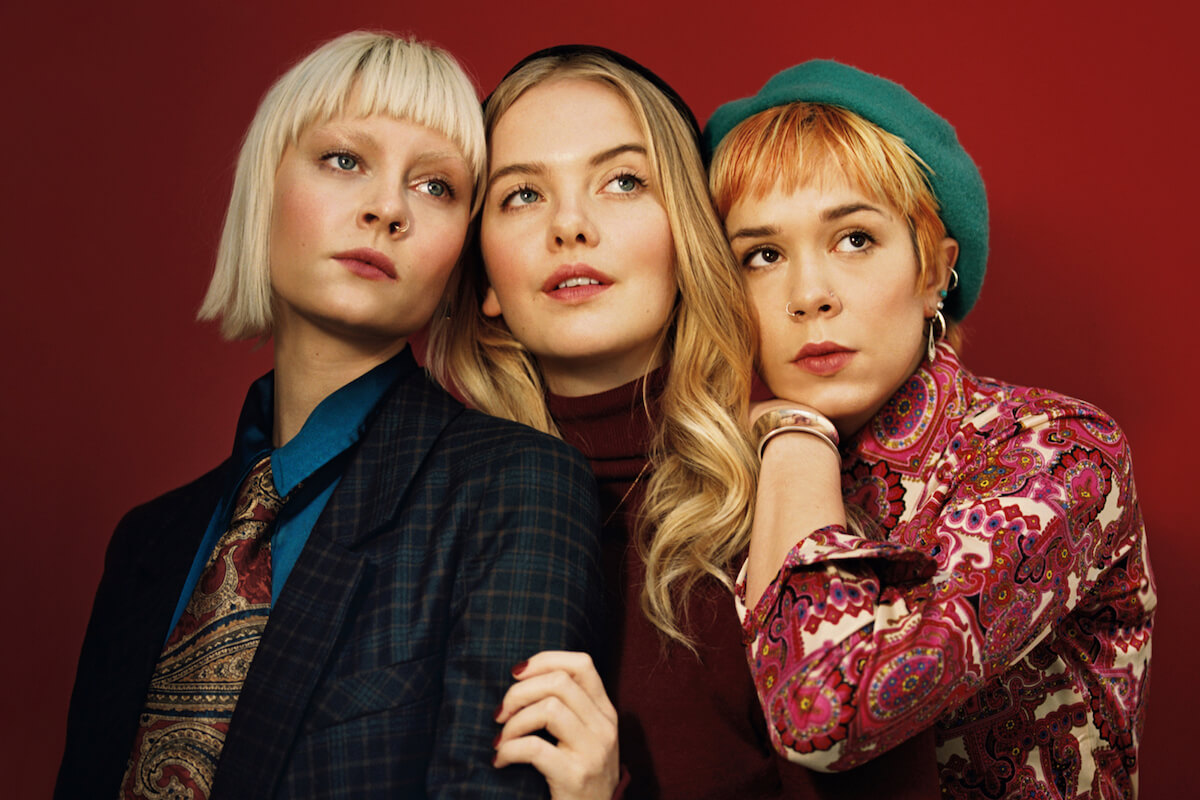 “One of the best things about touring is getting to meet, exchange ideas with, and play music alongside kickass bands from all over the world,” they wrote. “If you’ve got rock ‘n’ roll in your soul, if you’ve got something to say; we want to hear from you.”

Now embarking on a tour of the UK and Europe throughout October and November, Dream Wife gave INTO some intel on offering a platform to emerging women and nonbinary artists as well as creating a safe and inclusive space for marginalized people at Dream Wife shows.

On choosing their name:

“We chose the name Dream Wife before we ever played a note together. Initially it was a cheeky play on words. Flipping the script on the trope of the dream house… the dream car… the dream wife. It felt funny and subversive to reappropriate the term. On another level we are each other’s wives; being in a band is a lot like a marriage; there is a lot of love here and we are chasing our dreams.”

On inviting local women and nonbinary artists to open for them on tour dates:

“We acknowledge the platform that we have and we want to lift up other women and NB artists. In an industry so male-dominated we’ve got to help each other out. We decided to choose a different local band for each night of tour. This way we get to play with and meet and have conversations with as many bands as possible and learn about the cities we play in, the local scenes and what people are thinking.”

On queer and feminist influences:

“Actually, riot grrrl was something that came to all of us later than you’d expect. Love it, have so much respect for it but wasn’t a guiding light for us. It was UK punk bands like X-Ray Spex and The Slits that made a bigger impact, and Kathleen Hanna we loved for Le Tigre.”

On their videos being as important as their music:

“When starting this band we were all at art school. The band provided an outlet outside of the institution to explore making and collaboration on our own terms. A band is a platform that can be so many things and especially in the age of social media, a band can be in control of their output, their relationship with their fans in a totally intimate way. We’ve always taken the attitude of making things with our friends, there is nothing more fun!”

On creating a safe space for women at their shows:

“It’s about acknowledging that we’re all in it together and that it’s all about respect really. We’ve all come together in this space and it’s important to be good to each other. Sometimes in the middle of the set, we call the bad bitches forward and this change in the tides of the crowd really breaks things up. Women have said that they’d never actually been able to see a show before because they couldn’t get close enough and the sheer joy of a female-dominated mosh pit is glorious and powerful and cathartic and so much fun.”

On their idea of success:

“Success is a strange concept. The fact that our voices are being heard and people all over the world want to engage in the conversations we are having and that we get to travel all over and bring this thing that we created and love so much to open ears and hearts feels like immense success but in the same breath perhaps our success or the success of the movement we are a part of will only be told in the coming generations. Is this moment of sociopolitical upheaval a flash in the pan or will or can we societally change the way gender is understood and viewed in a way that benefits everyone?”