“You talk the talk,” someone says in the distance, hands on their hips as they follow up with the tried and true, “But can you walk the walk?”

I’ve thought about this I double-dog dare you phrase quite often, especially in regards to social justice. As a fat, black, queer woman writer, my entire existence is a form of resistance. By default, I’m not considered the default, so me taking a breath is guaranteed to get someone’s bigotry in a bunch. Over the years I’ve spoken — and written — about this, particularly the importance of representation and how marginalized folks aren’t a niche, but a normality. I’ve been talking the talk, if you will.

But just like the pill bottle meme says I had something bitter to swallow: I was not walking the walk.

When it comes to critiquing the media I consume I’m there, front and center, ready to take folks to task. But when it came to my own content as an indie author? Well, I released my first book in 2013, and I wouldn’t release something that truly represented me until 2017.

I was 34 at the time. Not 18, starting college, optimistic about new beginnings like a wide-eyed protagonist to a school-based television series. Not in my early 20s as I graduated with my degree in Creative Writing, and not entering my 30s with my first published book. 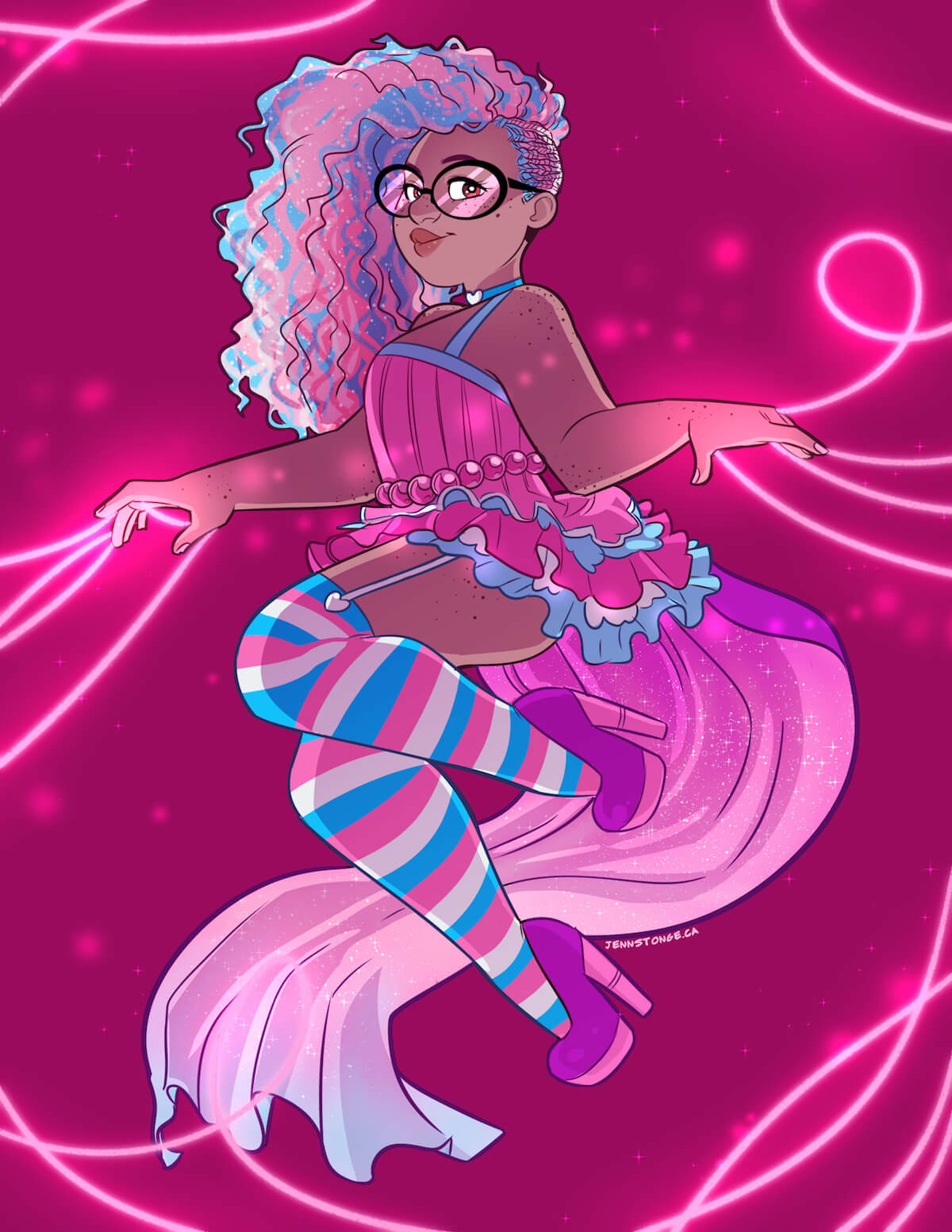 It’s been a year since I released magnifiqueNOIR: the most unapologetic thing I’ve ever written; a story about black, queer, magical girls with imagery that’s far from subtle. As I tell folks when I’m selling my book, this is the story I would’ve loved to have when I was a teenage black geek girl. Maybe coming out would’ve been easier, because I’d have something to point to besides Ellen getting fired in the ‘90s.

But reflection can be a real bee-eye-tee-see-aitch, so while I’m thrilled to have released the book I’m left wondering why it took me so long.

I could gesture wildly toward the treatment of black women in the entertainment industry. I could wax philosophically on how queer erasure and white-washing still plague Hollywood because Thanos, in fact, did not turn Scarlett Johansson into dust. All of these issues are true, but it’s rare that we talk about the effects that it has on marginalized creators. People in general? Yes. But the women like me who are trying to tell our stories? We like to tell ourselves that they’re strong enough to bench press white supremacy, and while that’s definitely the face I put on, the truth of the matter is I hesitated to create something with characters who represented me.

I had to realize that I was marketable because I’d spent years loving myself as a person, but not as a potential character in my own work. 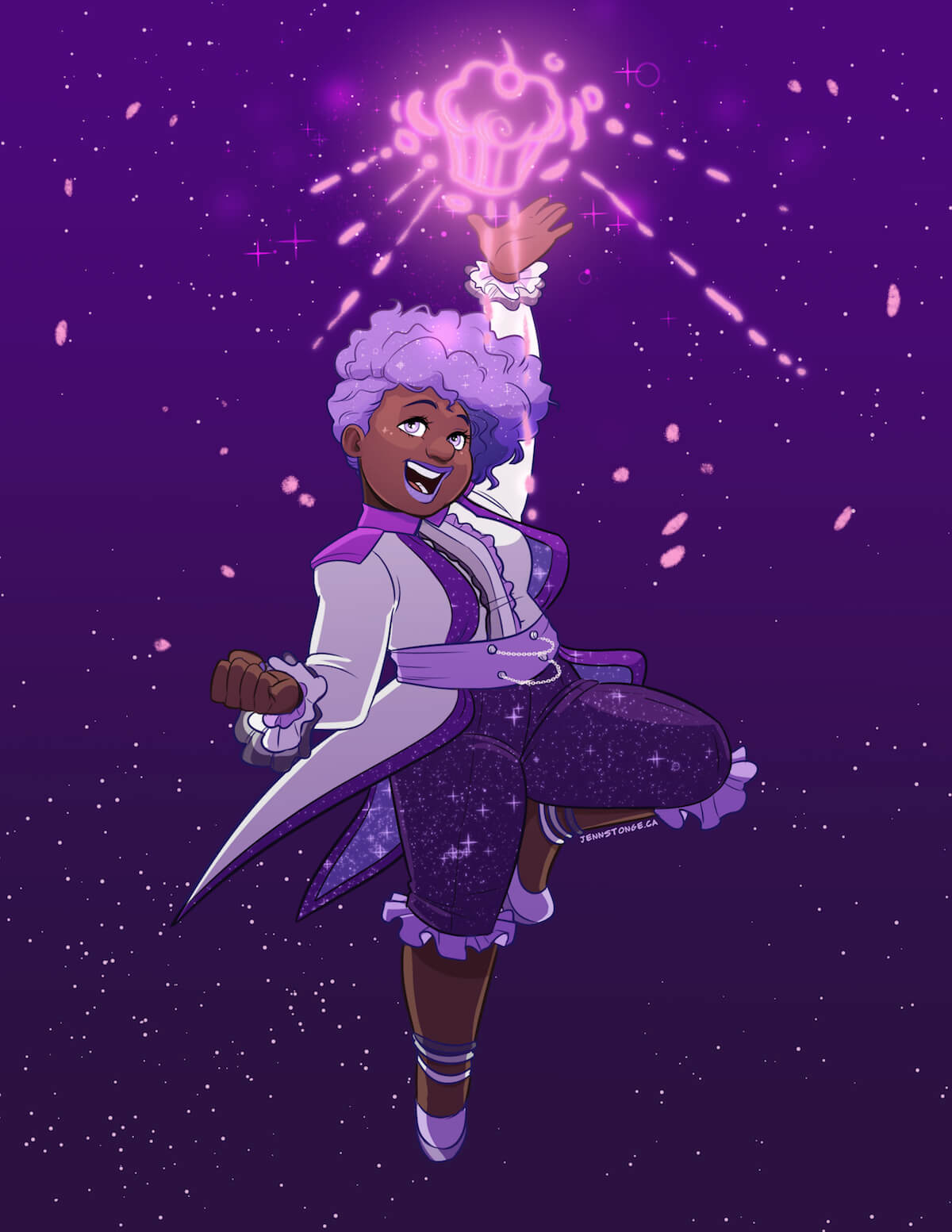 So, here’s the questions I asked myself, and the internalized self-hatred I’d taken in as a creator:

Can the leader be black and plus size? Listen. I’ve been harassed online for daring to take up space as a fat, black woman. This is not groundbreaking news, as any fat, black woman will tell you. At the end of the day, I tell everyone that the way to live their best life is to love themselves. But the thought of making Galactic Purple — a plus size girl — the leader of my very own embodiment of Black Girl Magic? Even if she was the first girl I conceptualized, and the one who resembles me most appearance wise, I wondered if I should have her take a backseat in favor of Cosmic Green — a skinnier girl with lighter skin.

There can’t be a dark-skinned girl, right? Phew. So. Colorism, am I right? Radical Rainbow is a dark-skinned kickboxer who’s the brawler on the team. Tall. Muscular. Able to break your nose by fluttering her eyelashes. Much like my feelings about having a plus size girl in charge, I wondered just how dark skinned I should make Radical Rainbow. Even the most accepting folks of black culture will wrinkle their nose at a dark-skinned woman — and yes, that judgment includes other black folks.

Will it be too black for the audience? As I said earlier, diversity isn’t a niche. That being said… damn, folks really out here thinking that marginalized folks are a niche, huh? People are out here telling us how hard it is to understand who we are. The way we talk. The food we eat. Our. Mutha. Flippin’. Hair! I considered censoring my culture, agonizing over something as basic as collard greens and hair bonnets because… would a mainstream audience get it?

Can black girls be queer? Intersectionality. It’s a nice, fancy word we speak that folks generally ignore in the grand scheme of things. You can either be a black character or a queer one, but the thought of encompassing both is like opening Pandora’s Box. I figured I could maybe get away with one queer black girl, so the thought of everyone on the team being queer? Ha! Just… wow, ok, someone’s trying to play on hard mode.

How queer can they be? Assuming I’d bother to show more than the table scraps of queerness that range from blink and you’ll miss it, I’ll announce it after the fact, and bury your gays, I wondered how far I could push the queer-velope. I don’t just mean in that annoying assumption that queer automatically means adult content, I mean that other annoying assumption where queer is just gay and lesbian. Could I, say, have an asexual leader? A transgender magical girl? A bisexual girl who retains her bi status even if she crushes on another woman? 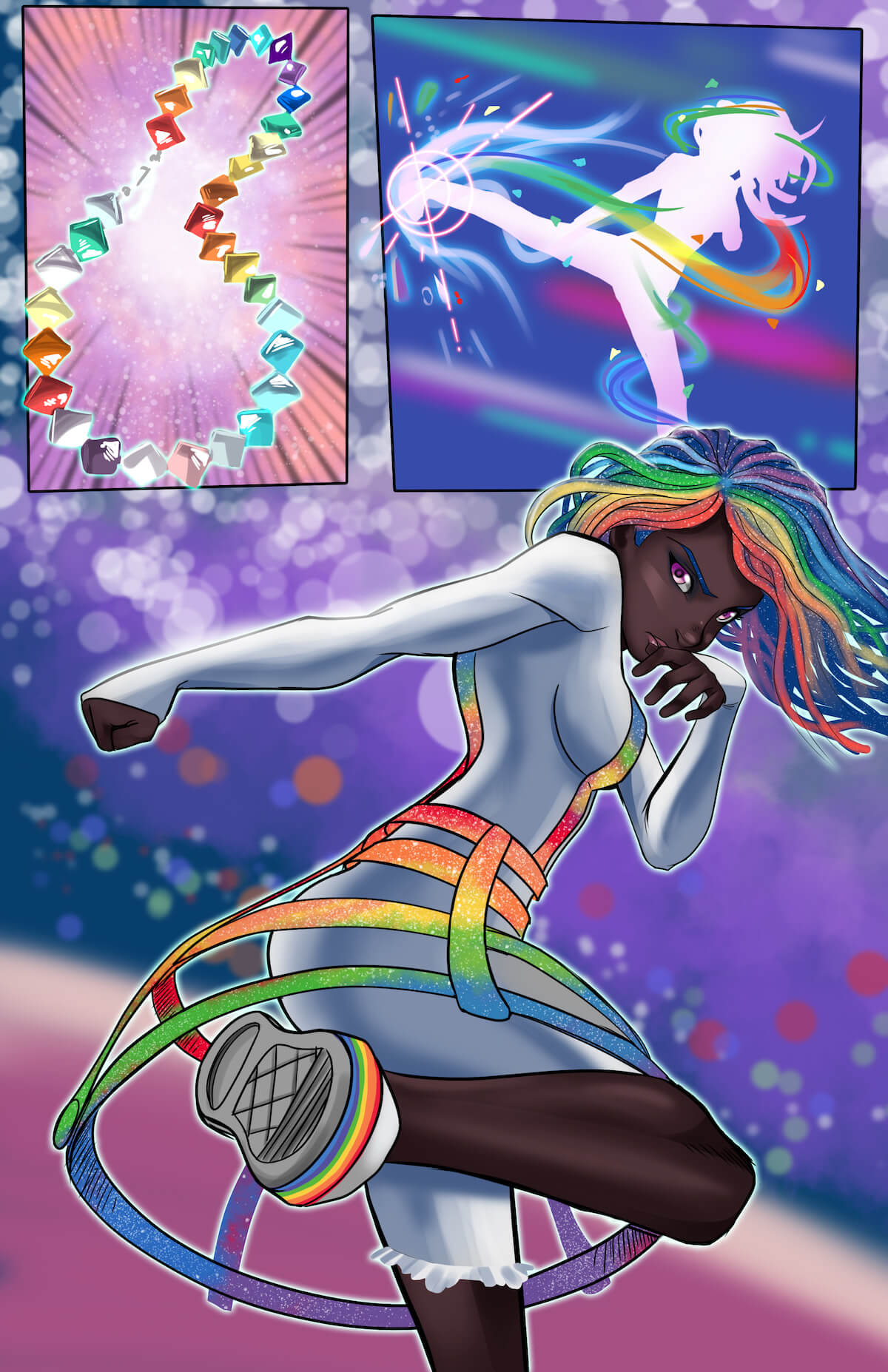 In the end, the answer to all of my concerns was do whatever the hell you want and I did, indeed, release the blackest, queerest thing I’d ever written. But that doesn’t mean I reached that point immediately. Folks tend to think that I went into this guns blazing, and I did… and didn’t. Because yes, an all black, queer team of magical girls, but… yikes, an all black, queer team of magical girls? I know what folks think about fat, black bodies. I know what folks say about dark-skinned women. I know how folks assume bisexuality is the fork in the road to gay or straight, how they gasp at the thought of trans folks using the bathroom and how they forget that the A in the acronym stands for asexual.

I also know that, in some cases, it can be your own people.

So I know to take the negatives and toss them in the trash when it comes to myself and my loved ones, but when it came to creating something for others to latch onto my black, queer, fat self felt so alien. I love myself, but it took some time for me to present that love in a way that other people could read, because my book isn’t a quick think piece that summarizes my thoughts on someone else’s work or opinion: my work is, truly, my own.

My work is, wholeheartedly, me.

And the only real way I could present myself in such a way was to sit down, admit to my misguided perceptions, and combat them one by one until, finally, magnifiqueNOIR was here.