Ever since their first album was released back in 2006, electronic musician Planningtorock has expressed their political ideals through a distinctively queer filter while also exploring the confines of gender in the process. Drawing on everything from ’90s house to noughties R&B, the music itself works on multiple levels too, drawing you in with synths that will make you want to dance and lyrics that will make you want to think.

Four years have passed since the non-binary genderqueer artist last released an album, and in that time, they’ve been hard at work recording their most candid body of work to date. Such claims are made with alarming regularity in music journalism, but the truth is that Powerhouse really is a remarkably intimate record, one that tackles issues of family and identity through a confessional and sometimes even painful lens.

INTO spoke with the artist otherwise known as Jam Rostron about the impact of Powerhouse, what it feels like to be “Transome,” and how the #MeToo movement inspired the album’s honesty.

Why did you choose “Transome” to be the first single?

“Transome” is all about where I am right now and my journey since the last album. It felt like the perfect track to say “Hi everyone, I’m back!” I’ve been working on myself and I’m so excited, scared, proud, shy, in love and I feel so transome.

I read on your Instagram that “Transome” was deemed too explicit for UK radio because of the line, “You make me so wet.” What was your initial reaction to this and why do you think the UK still struggles to grapple with sexuality in this way?

At first, I was surprised and then I was not surprised at all. We live in a sexist world where sexuality and the expression of our sexual desires is dominated and policed by white patriarchy and the UK has its own special form of that.

“Much To Touch” is one of my favorite songs on the album. It’s just so empowering. How did you start working with dancer Maija Karhunen for the video on this project?

“Much To Touch” is about owning one’s muchness, especially when faced with being told, “You’re too much.”

Maija Karhunen and I have been working together since September 2017 on a performance duet in addition to other performative pieces which will feature in my new Planningtorock live show, Powerhouse, which premieres on 16th and 17th January 2019 at Berghain, Berlin.

Through our work together, Maija and I have built a strong creative relationship and I wanted to delve deeper with this notion of “muchness” and our own individual experiences and the methods we have developed to navigate it.

In the “Much To Touch” video Maija explores “muchness” through her choreography, owning it all through her every move.

I’m fascinated by how you deliberately alter the pitch of your voice throughout your music, which is why it’s so interesting to hear a different side to you on the single “Beulah Loves Dancing.” Can you explain why you chose to approach this particular song with your ‘regular’ voice?

Thanks, David, I’m glad you like the pitching of my voice. It’s not just a sonic feature for me. but also a part of my non-linear transitioning and my authentic voices.

I chose to sing “Beulah Loves Dancing” this way because it was important that you hear my dialect. I come from Bolton up north in the UK and it felt an important part of the story. 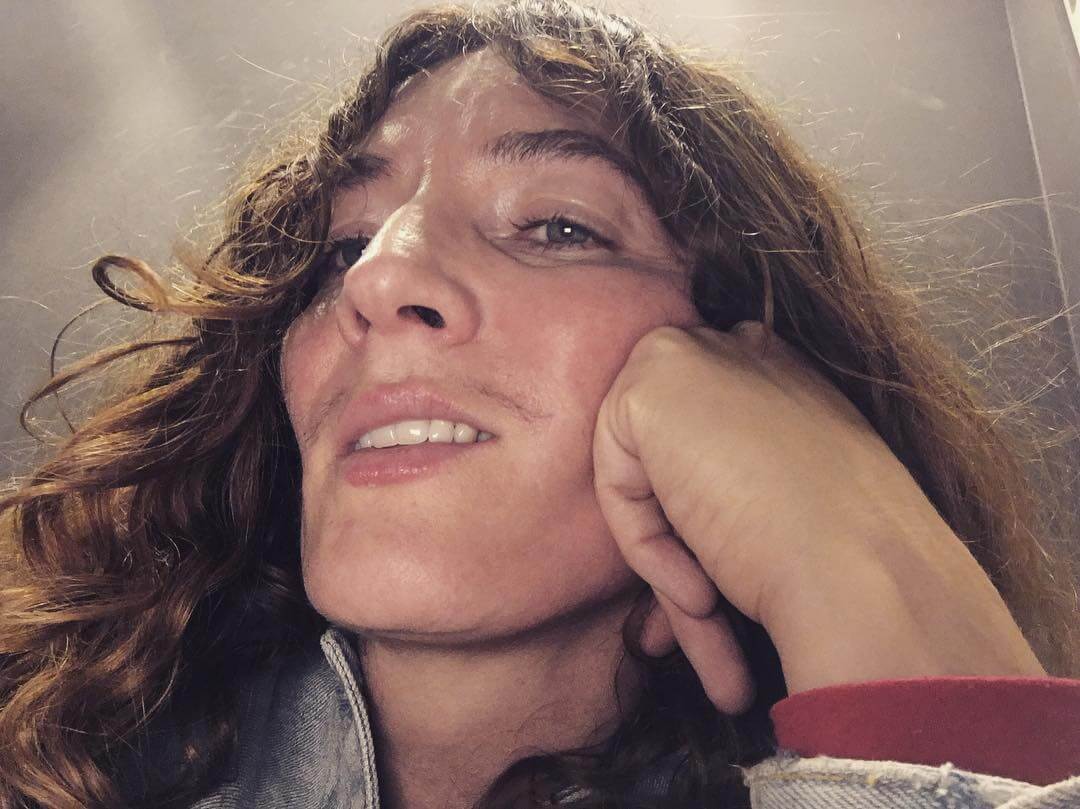 It’s been a year since the #MeToo movement came to prominence and its impact can be felt throughout Powerhouse’s more intimate moments. Could you please talk me through how #MeToo affected you during the album’s recording?

Writing the track “Dear Brother” was the most surreal and intense experience of my entire creative life. I had to write this song. Music has always been my way out, my way to learn, grow and see myself. This track’s purpose was to help heal me and to help me forgive.

The #MeToo movement was amazing in the way that it helped make it okay to share painful stories of abuse. It gave a space that had not been there before. I just want that the #MeToo movement continues to be supported and that the space which has been for created to support victims of abuse evolves into an even larger place.

Most queer representation seems focused on younger generations. I saw you argue on Instagram that there needs to be more visibility for older trans and gender non conforming people. What can we do to help this become a reality?

I think sharing and including stories of different aged /older transgender/GNF people, say in  TV, film, fashion, and music would be great. Seeing different aged transgender/GNF people has really empowered my journey and given me the hope and the strength to take the first steps to becoming who I am. We learn by example, so the more visibility given to the diverse spectrum of differently aged trans/GNF people, the better we learn and grow as a society.

With that in mind, do you think things are getting better for the LGBTQ community? What do you feel are some of the struggles that we still face today?

It feels that yes, things do get better, yet there are constant setbacks that the LGBTQ community suffer too and we have to stick together, be there for each other, love, care and support.

How the different international administrations protect or erase LBGTQ laws is a huge struggle. I believe that the more LBGTQ people that are actually working in these administrations, the better it will be. Exactly who is making these laws is important to protect human rights.

You’ve said before that you don’t like talking about mainstream artists much as “they get enough attention as it is,” so which alternative artists do you think deserve more attention?

Ah, interesting — I don’t feel that way anymore! There are so many mainstream / big artists that are using their platforms in such amazing ways. I think it’s more about who’s saying what with their music rather than how big they are.

I absolutely loved your recent collaboration with Little Boots on “Eros.” How did that come about?

Oh, thank you! Victoria emailed me asking if I’d like to write a song together for an EP she was making with the concept to collaborate with female identifying producers. Although I no longer identify as femme — I identify as non-binary genderqueer.

It was a lot of fun and I wrote the track in a day. We worked remotely sending each other the changes until it was done. 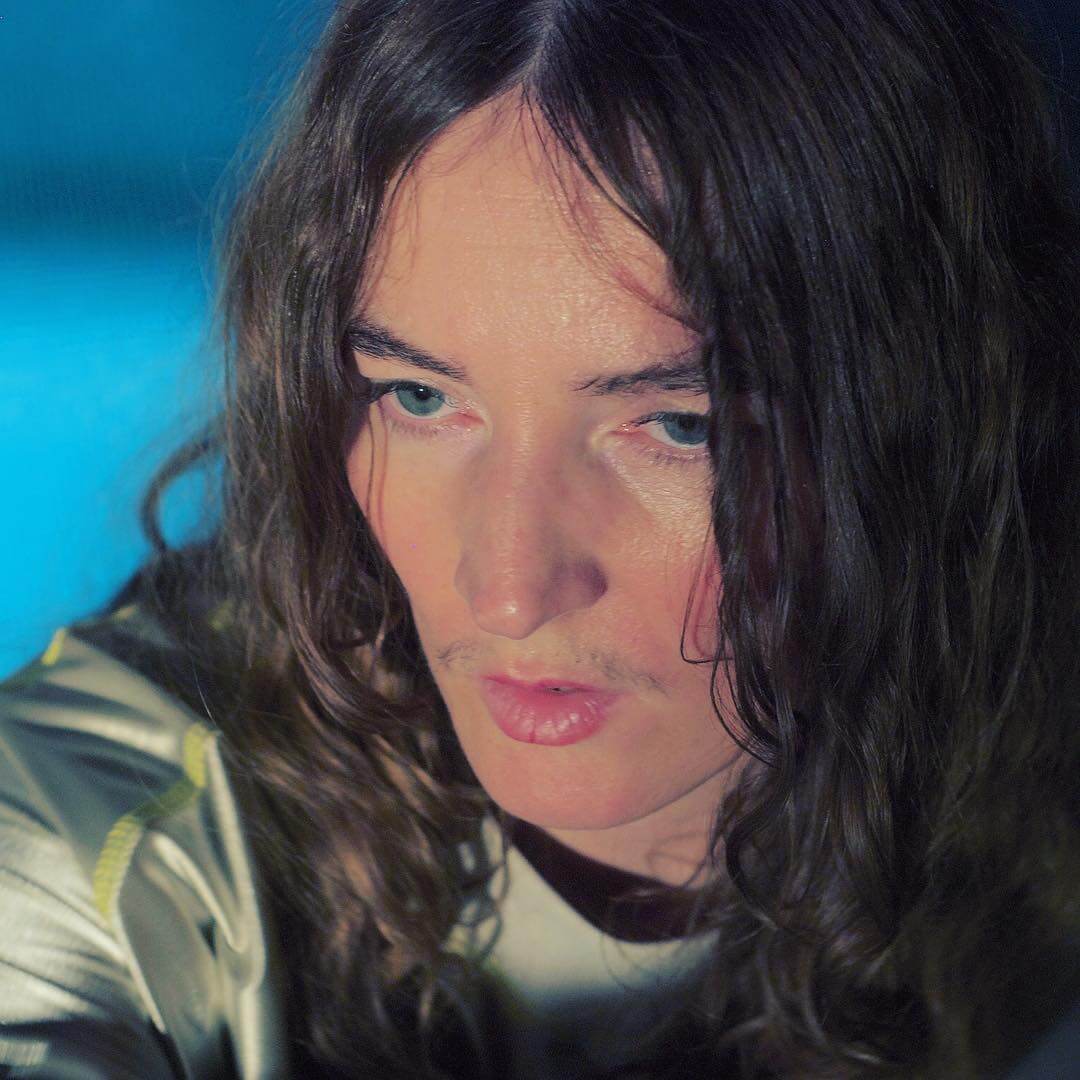 You’ve been based in Berlin for a huge chunk of time now. What is it about the city that drew you in initially and why have you continued to stay there for as long as you have?

Like a lot of people, I kinda ended up in Berlin by accident. I didn’t plan to move out of London. But when I got here and had stayed for a few months, I loved it.

I think, for me, it was a very emancipating experience. For example, nobody noticed my dialect, so they didn’t know or care that I was working class. It was like being born again. I got to feel myself in a new way and this gave me a lot of space which I very quickly filled with Planningtorock and recording music and making DIY performances around Berlin.

Berlin still gives me a lot and it’s always changing, but at the same time, it’s a super slow city. I love visiting the UK, but I love living in Berlin.

You’ve achieved so much with your music in the past decade. If there’s one thing that you’re most proud of, what would it be?

I think the thing I’m most proud of is how every album I’ve recorded has educated me and that I’ve worked hard to use that education to better myself, to learn and to grow.  Through these creative years, I’ve grown to truly understand the power of music. It has this magical ability to communicate fast and move people like nothing else.

Powerhouse is a fitting title for this extraordinary album. What message would you like fans to take away from this new body of work?

Thank you! This album is about the power of music, the power of care and the power of sharing our personal stories and believing and loving ourselves no matter what.

What’s next in the pipeline for you? You said once that you would love to make a TV series!

I would looooove to make a TV series! I have lots of ideas and would love to make a film. I would also like to write more music for other artists — it’s really fun!

Over winter I’ll be in Stockholm composing a score for the Swedish Cullberg Ballet. Then I’ll be rehearsing the new live show I’ve been producing for Powerhouse, which will premiere 16th / 17th January 2019 in Berlin.

Powerhouse is out now.