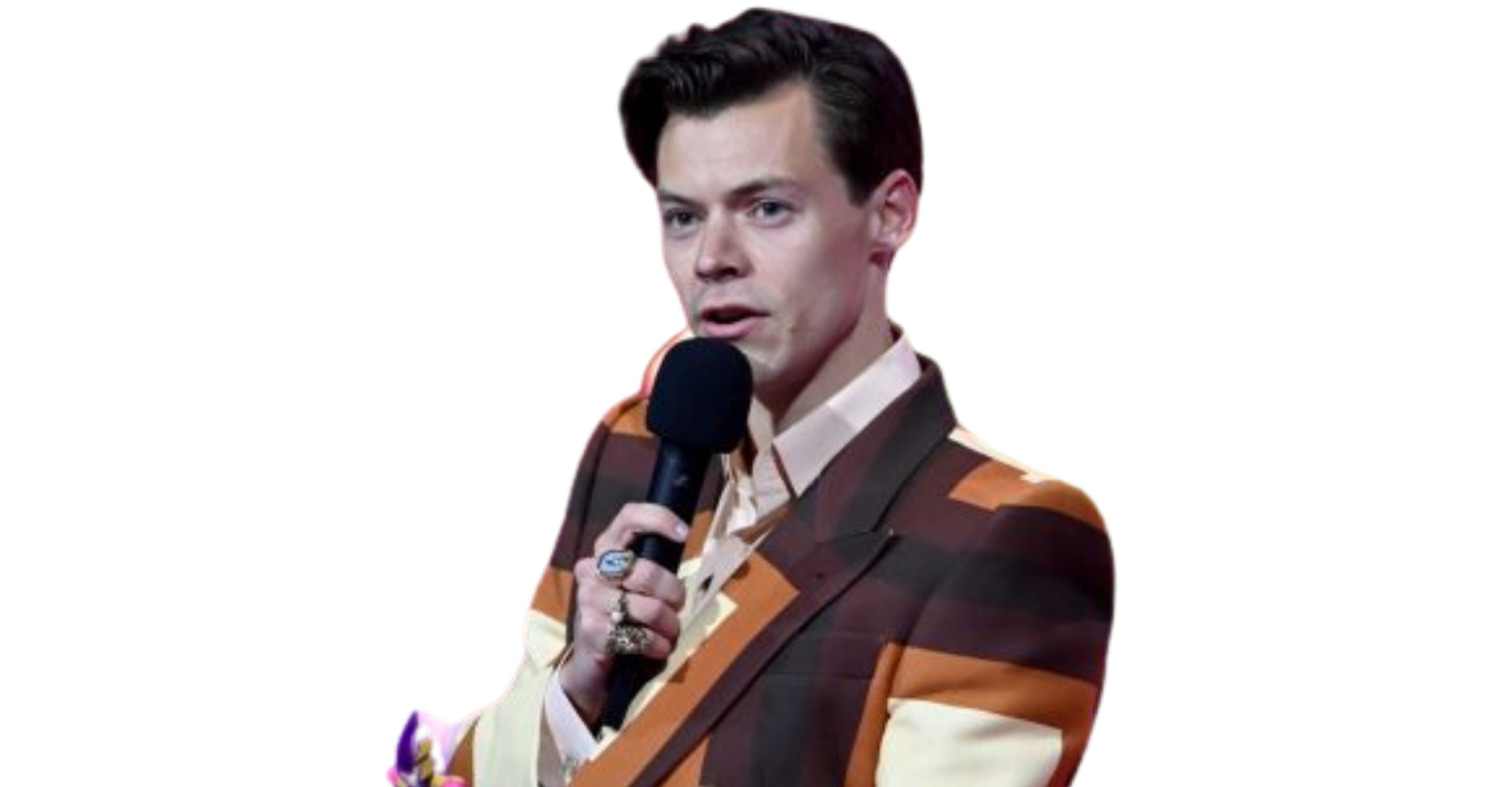 Last night, Harry Styles crashed the Brit Awards and never looked back—or bad for that matter. Though his arrival was a surprise, it wasn’t unwarranted with the “Watermelon Sugar” singer appearing in time to scoop up the Brit award for Best Singer.

It seems that, just for the night, Styles has took a break from his recent style statement—reminiscent of the gay policeman from the Village People—to dawn a (somehow) even more 70s-inspired Gucci suit. The suit itself did all the talking, thanks to a styled brown-and-cream square pattern made to tastefully match his accessories down to the shoes and purse.

The look was somehow adored by fans, who took to Twitter with nothing but love. A main point of praise stood to be Styles’shandbag: one fan even tweeted a thread of “things I think Harry Styles keeps in his purse.”

Things I think Harry Styles keeps in his purse : a thread pic.twitter.com/rJ64Glq4cr

Another cheered in a tweet, “reminder that this is Harry Styles world and we’re just living in it.”

this is harry styles world and we’re just living in it pic.twitter.com/eEq9asER9P

The level of stanship feels entirely true to die-hard fans, and sometimes even to those in the general audience, but what makes Style’s looks feel all-encompassing is not just his personality. It’s his unabashed confidence in wearing whatever he wants, regardless of the surrounding opinions of a mainstream public hell-bent on adhering to a strict, binary concept of gender. Simply put: Styles, in terms of style, is neither man nor woman, but an icon.

In the name of honoring Styles’ androgynous allure, we concocted a few pieces inspired by classic looks that will break the binary and not the bank. As Styles has shown us,  suits are the perfect way for anyone to knock a look out in one fell swoop.  While colorfully designed pieces like the one worn by Styles to the Brits can run up in price, not all hope is lost: try a solid-colored suit with a knitted sweater vest underneath to add a colorful pop- something Styles often does with solid Gucci suits.

Simply put: Styles, in terms of style, is neither man nor woman, but an icon.

If that’s not enough, go the extra mile with accessories like a pearl necklace or a matching purse.

Harry Styles wearing his pearl necklace is the cutest thing there is, he looks so amazed with that on, I need to buy one pic.twitter.com/BD7uidJfzT

Of course, adding a purse elevates fashion to a new level of functionality, but it, like all of these items, are not really necessary to do so. Only confidence is necessary in the act of pulling off a daring lewk.

The greatest function of fashion, as Styles often reminds us, is to help us feel more comfortable in our own skin.