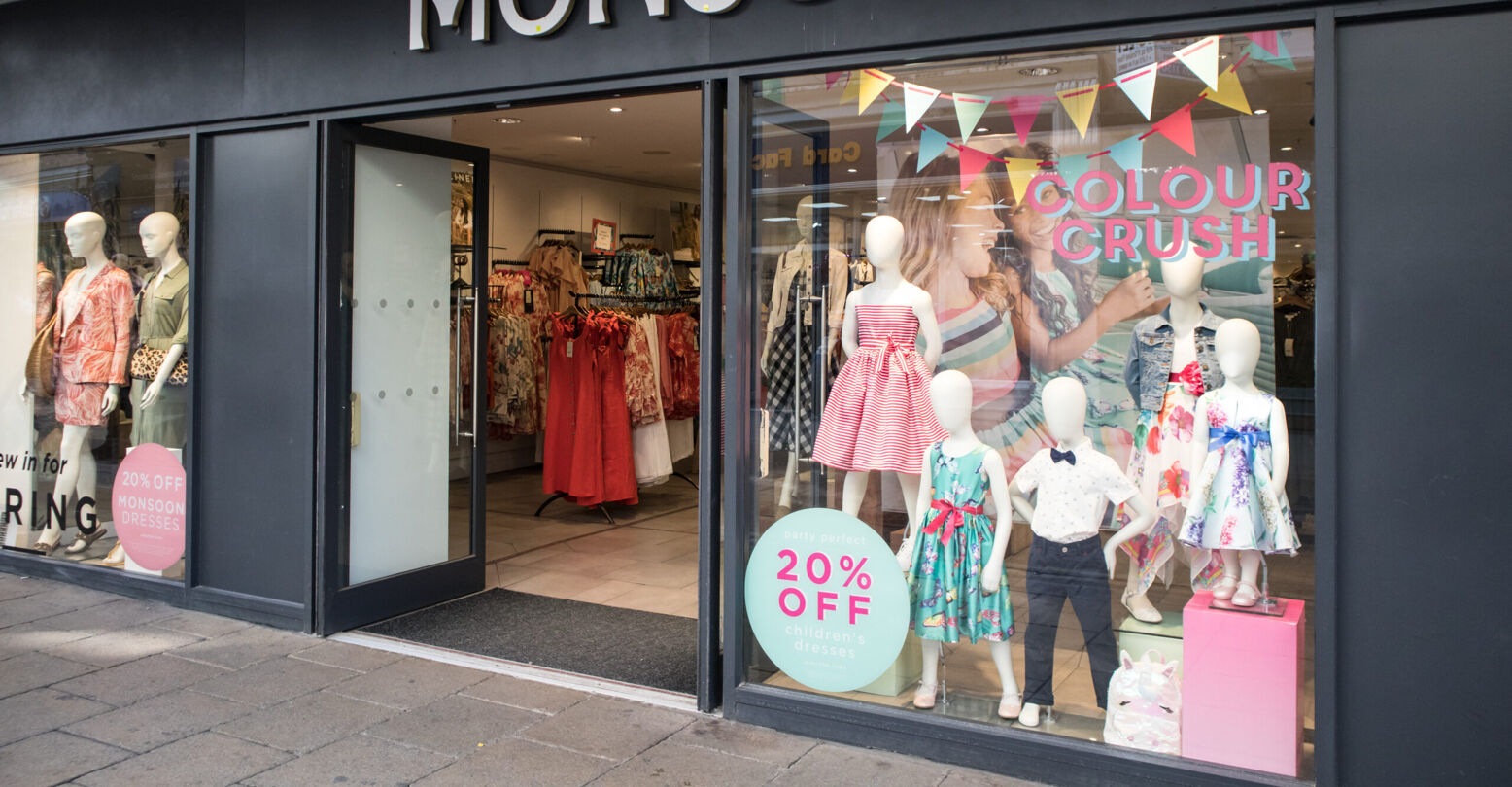 After an exhausting day of shopping, Charlie Moore, 18, went to a Monsoon branch in Birmingham hoping to finally settle on the perfect prom dress. But as she was using the fitting rooms, she was abruptly and publicly escorted out by a staff member. She was told that the store “did not allow men in there.” Moore is in fact non-binary and the fitting rooms were not labeled by gender.

Not wanting to exacerbate the situation, Moore complied and waited outside the fitting rooms for their partner to finish trying on dresses. The anonymous employee was evidently not satisfied, as they returned a few minutes later to tell Moore to wait by the front of the store because “they were getting complaints from women with children.” Charlie and their partner ultimately left Monsoon in embarrassment.

Afterwards, Moore described the incident to Metro.co.uk, saying, “It was humiliating. You know, it takes a lot of courage for someone who is not traditionally feminine presenting to go to a store and try on dresses, for then to be told ‘you’re not welcome.’ It’s a shock to the system.”

They added, “We are seeing transphobia everywhere at the moment. But this is the first time something like this has happened to me.”

Hi @MonsoonUK, Just been into your Bham store to try on a couple prom dresses, but was told I wasn’t allowed to because of my gender assigned at birth. Could you confirm if this is company policy? thanks 🙂

Although Monsoon has stated that they no longer reply to customer service requests on Twitter, they responded with an apology to Moore, stating that all are welcome in their dressing rooms and that they would be investigating the incident.

where we would be happy to help you find your perfect prom dress, and it’s on us. Everyone deserves to feel magical for prom so we hope this get your prom journey on the right foot again and hope you find something you love……

The incident also comes not too long after the UK’s Equalities and Human Rights Commission issued guidance that effectively provided legal reasons for businesses to exclude trans people from single-sex spaces.

As for Moore, while she appreciates Monsoon publicly stating that its dressing rooms are open to gender-nonconforming people, this is unlikely to bring her back to the store. “I am pleased Monsoon have launched an investigation as we need to know if this is a single-employee issue or a store issue,” she said. “Questions also need to be asked about how it got to this point – whether it was a problem with the training.

“It’s unlikely I’ll take Monsoon up on their offer because the issue is much bigger than a dress, frankly. I don’t particularly fancy going back to that store either. It feels like a bit of a sympathy move and I don’t think that’s what’s needed here.”