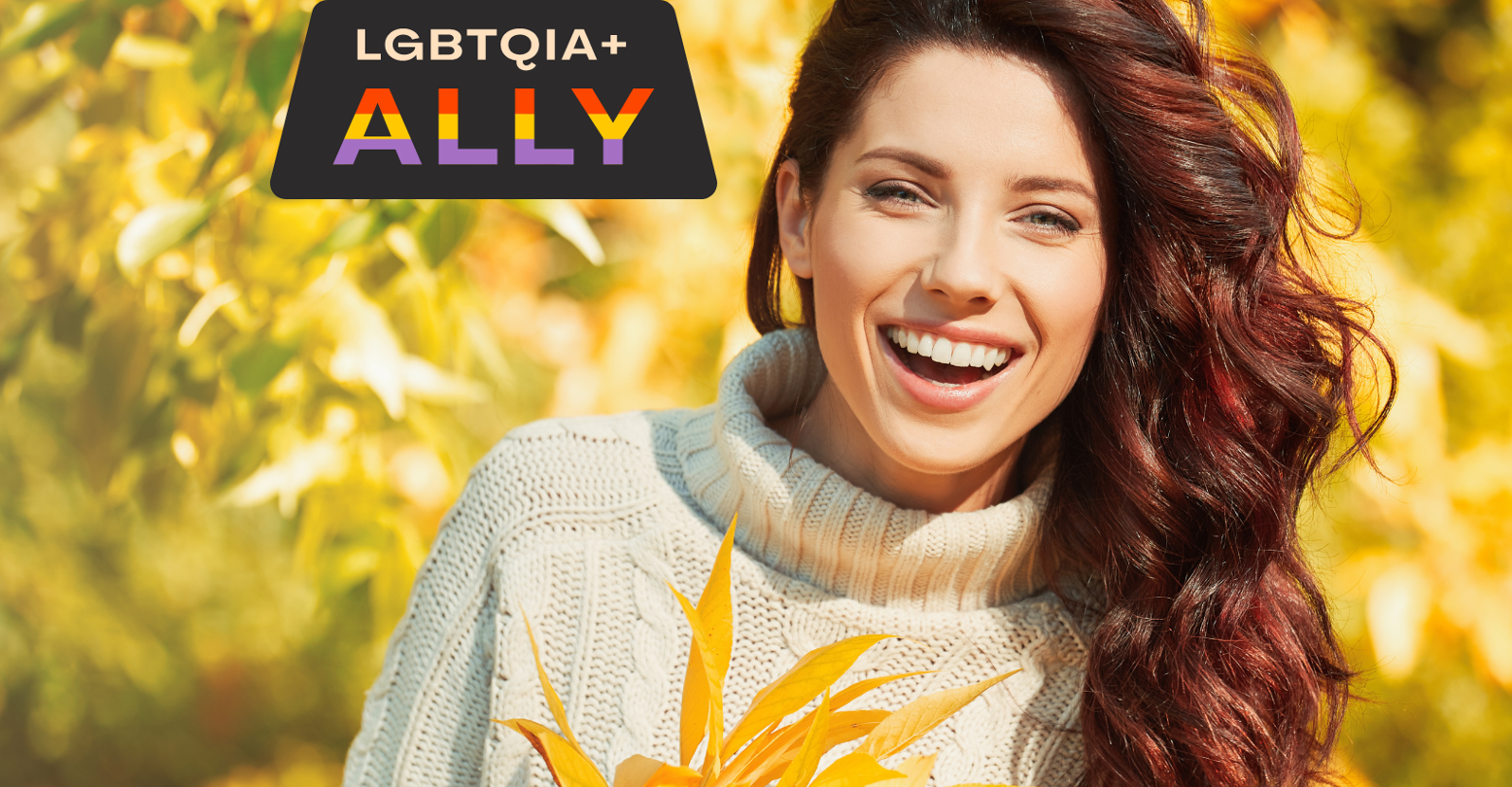 In today’s news of allies nobody saw coming, the Internet is coming to grips with the fact that Caitlin Covington, better known as the memic inspiration for “Christian Girl Autumn,” supports queer rights. A now-viral tweet chronicles the instances she has spoken out in support of the LGBT community over the years.

For those unfamiliar with the meme, it originated in the fall of 2019 when a photo of Covington and her friend @lasagnabby decked out in autumnal scarves and sweaters was posted to Twitter. Referencing Megan Thee Stallion’s hit single, the caption read: “Hot Girl Summer is coming to an end, get ready for Christian Girl Autumn.” The viral photo and phrase spawned endless memes about basic white girls who drink pumpkin spice lattes.

The reason for the season 🍃 pic.twitter.com/nDHoxOos3k

While the tan boots and turtleneck sweaters might have felt like queerphobic violence, it turns out she was an ally this whole time. Twitter user @georgre_j shared a number of screenshots of Covington’s tweets, some of which date back to the start of her Internet celebrity. One user asked for her thoughts on the LGBT community, to which she replied “Love is love!” Another asked whether she was a Republican, and she declared that she was not. In 2020, Covington shared a GoFundMe for gender-affirming treatment, using her influencer status to urge others to donate (contributing $500 herself).

She has clarified her politics in the past in an interview with Insider, in which she declared that, while Christian, she is a gay rights and Black Lives Matter supporter. But the misconception isn’t totally our fault—we were blinded by the intense pumpkin spice color palette.

At any rate, Queer Twitter is now singing the praises of Christian Girl Autumn (a sentence I never thought I would write.)

She’s to Fall what Mariah is to Christmas

Let me buy her a trenta pumpkin spice latte

A christian being an actual christian, love to see it

she is the best i love following her. shes super positive and accepting and shes one of the few mom influencers that doesn’t shove her religion right down ur throat… and on top of that she just has the most committed aesthetic content that is SO satisfying… love her

I, for one, am bracing myself for a wave of Christian Girl Autumn drinks at gay bars. At the very least, expect drag queens carrying bibles and buried in plaid scarves.