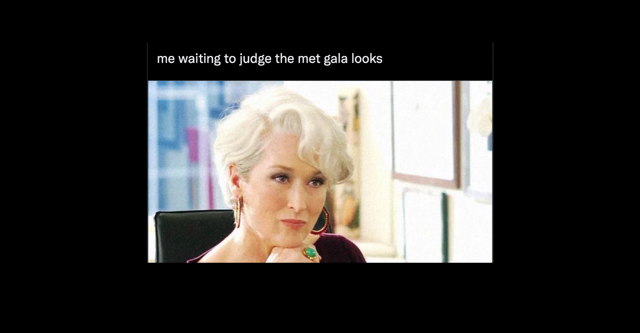 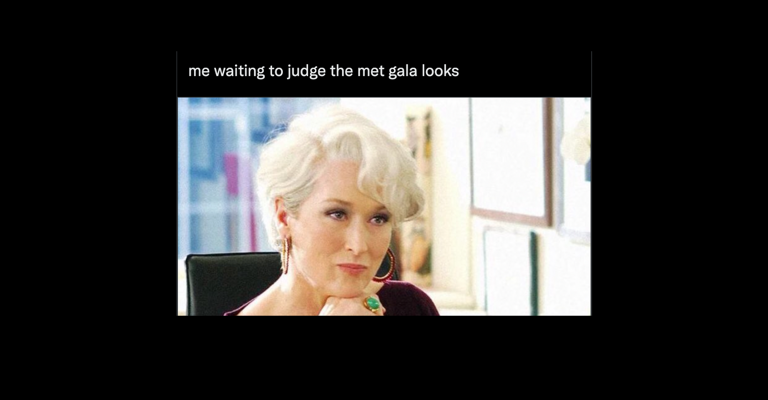 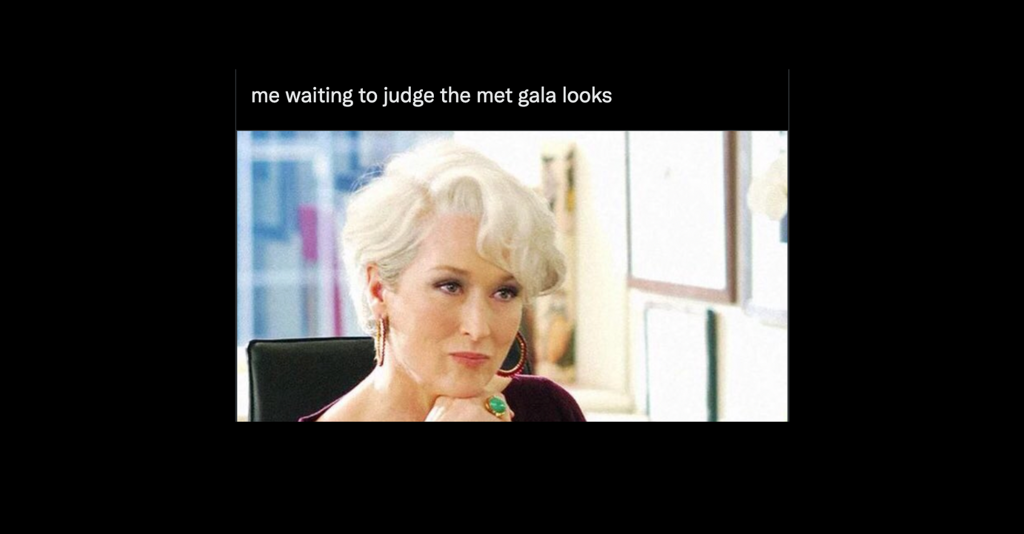 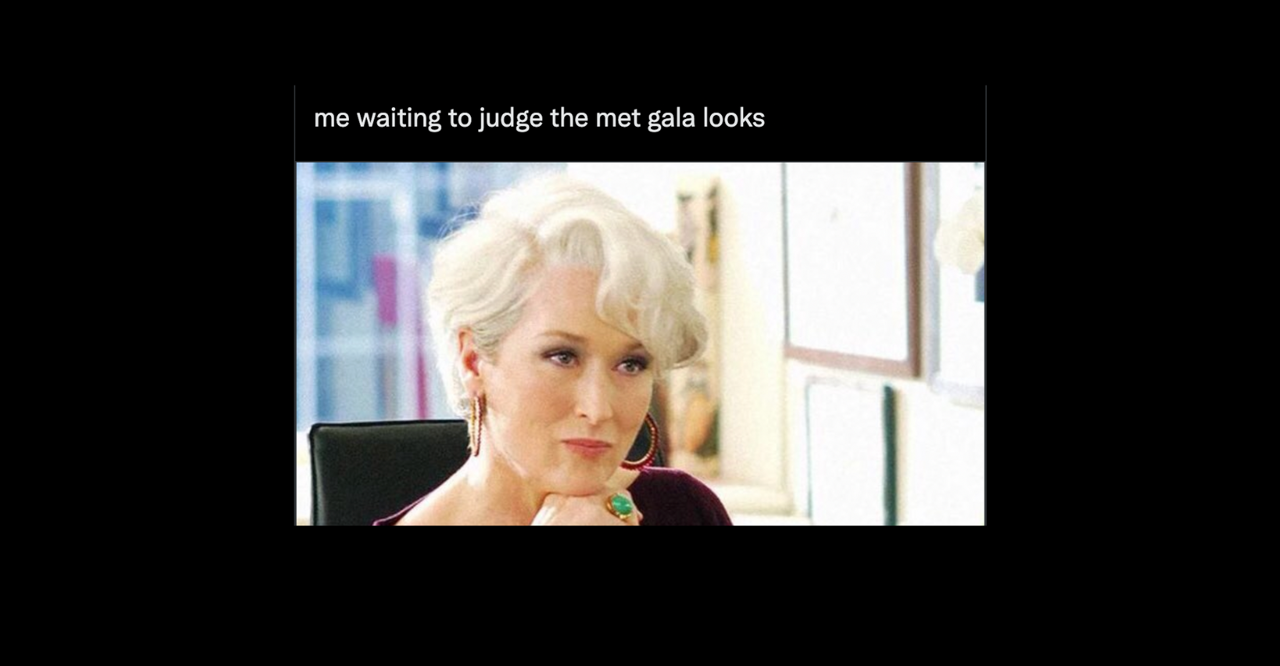 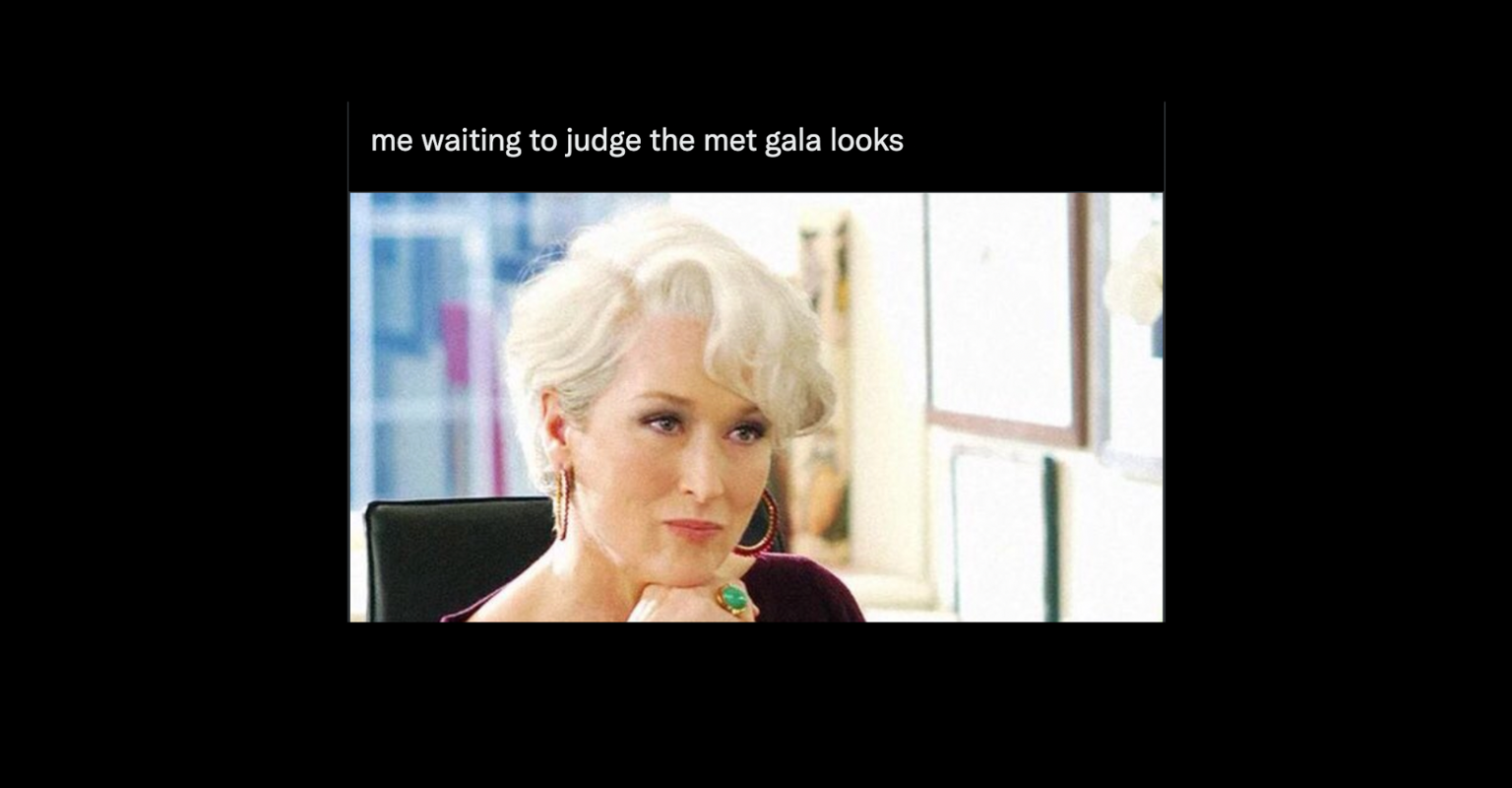 It’s that time of year again where we put on our fashion critic hats, flock to social media, and review the influx of celebrity fashion at the Met Gala. Sure, it’s not an easy job, but somebody has to do it. And that somebody is the Internet.

me waiting to judge the met gala looks pic.twitter.com/mBUezCDTYA

The Met Gala is an annual fundraiser for the Metropolitan Museum of Art’s Costume Institute, but it’s also a night of extravagant fashion. This year’s Met Gala theme is In America: An Anthology of Fashion/ “Gilded Glamour” and it’s sure to become a night of “who’s who” and “who are you wearing?”. Sometimes, the fashion slays:

the 2018 met gala was one for the books. pic.twitter.com/5nGSAtBEM0

And sometimes we are giving some less than stellar outcomes:

While this year’s Met Gala commences, here are some of our favorite LGBTQ+ folks adorned in some amazing looks, who we hope make an appearance tonight.

Amandla Stenberg attends The 2021 Met Gala Celebrating In America: A Lexicon Of Fashion at Metropolitan Museum of Art. #MetGala2021 pic.twitter.com/xckSRH2aIs

I mean get into this look!

met gala 2021 / lil nas x made a dramatic entrance by wearing versace’s golden suit armor under a sweeping cape that took 800 hours to create from plush velvet and a further 1,300 hours went into the intricate embroidery pic.twitter.com/dbrtqEb6pM

Nothing to contest here:

Elliot Page is the only man I’ll ever love to see in a black suit. That’s it. #MetGala2021 #MetGala pic.twitter.com/jUR6X3llta

We love to see a queer statement at the Met Gala:

frank ocean for the #MetGala2021 pic.twitter.com/nmzXEDwPwc

It’s Tessa’s world and we are just living in it:

Tessa Thompson at the 2019 #MetGala 🖤💕 pic.twitter.com/DiC3FbEyoc

We’ll feel all the euphoria if Hunter is serving looks like this tonight:

The superstar is just in a league of their own:

no one beats janelle monae at the met gala https://t.co/cy1ISkeQ3Q pic.twitter.com/r8Fo2TG9is

Giving everyone a run for “Best DRESSed”

We hope to Ms. Cox brings all the drama we need for this year’s theme:

We’re sure that star will shine bright at tonight’s Met Gala:

appreciation tweet for this queen’s stunning look at the met gala @ArianaDeBose you look incredible 🤍 pic.twitter.com/sBFN7LAXKI

Of course we have plenty more LGBTQ+ folks we hope to see at tonight’s event. The list is long and will continue to grow, as more queer and trans folks make their Met Gala debuts. And though we may not be there, we are there in spirit, from the comfort of our homes scrolling through our social media feeds and harshly critiquing, nevertheless.

me judging rich peoples outfits while i sit in bed with pajama pants and a tank top #MetGala pic.twitter.com/t7zd22L2j0