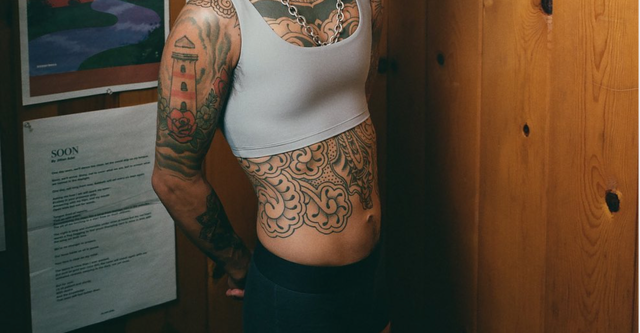 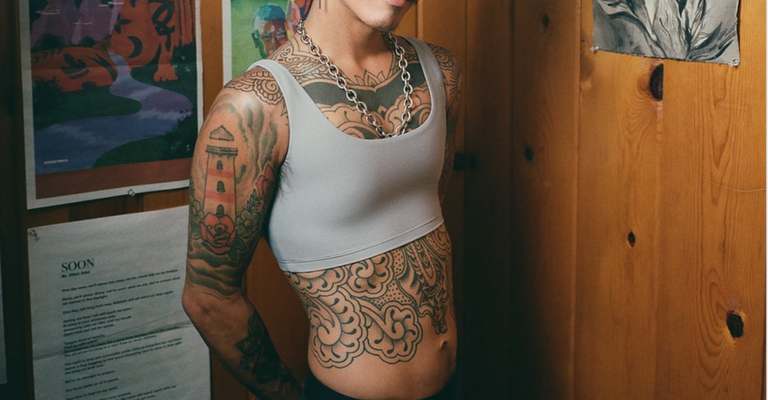 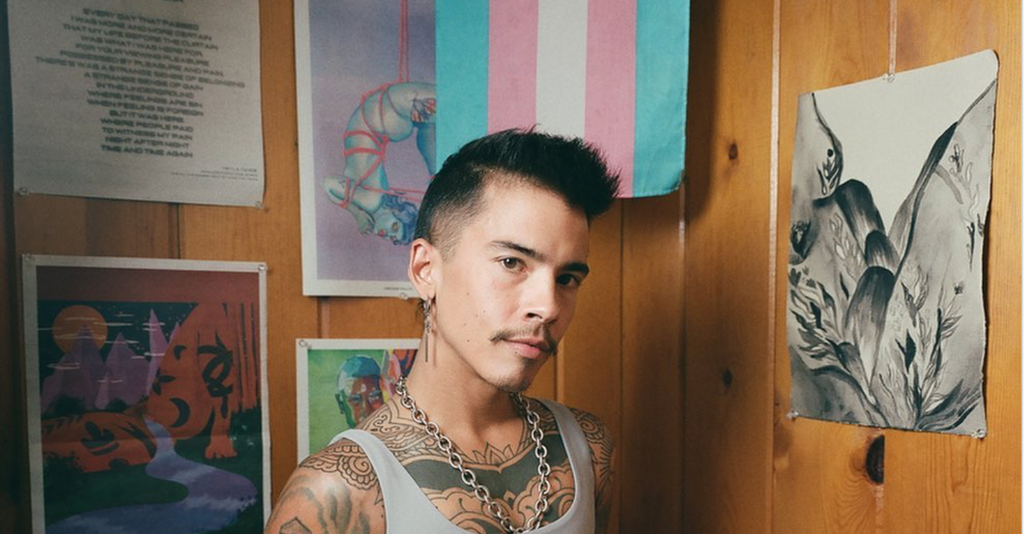 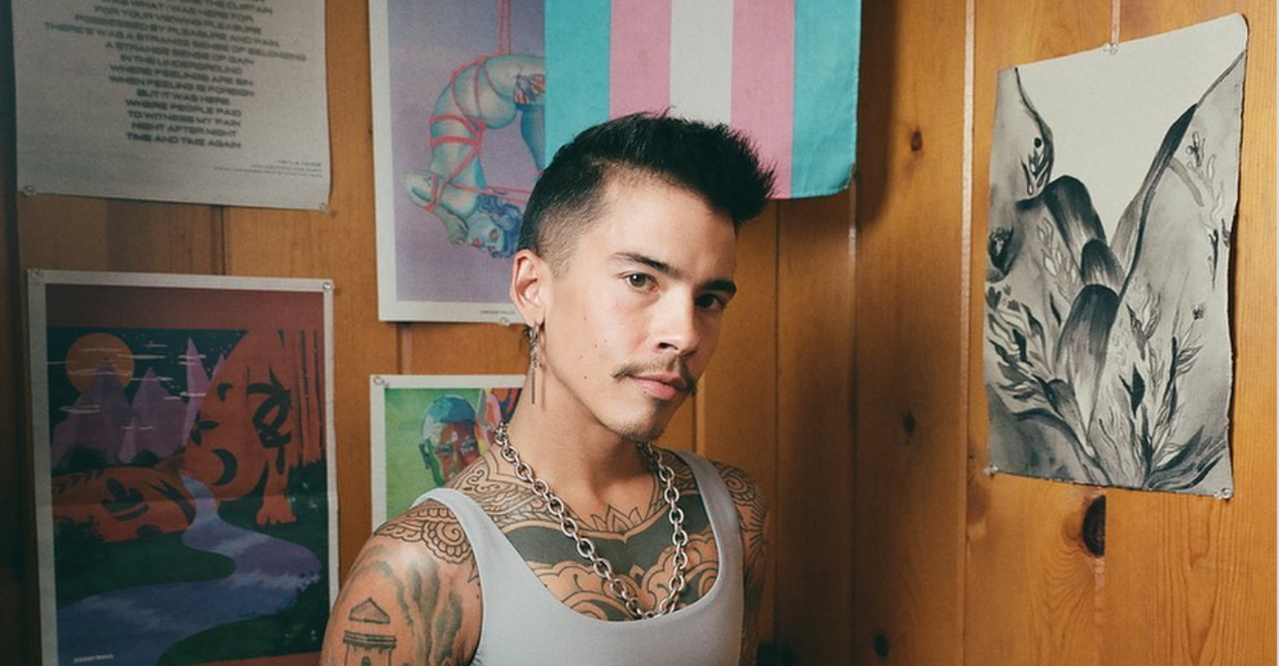 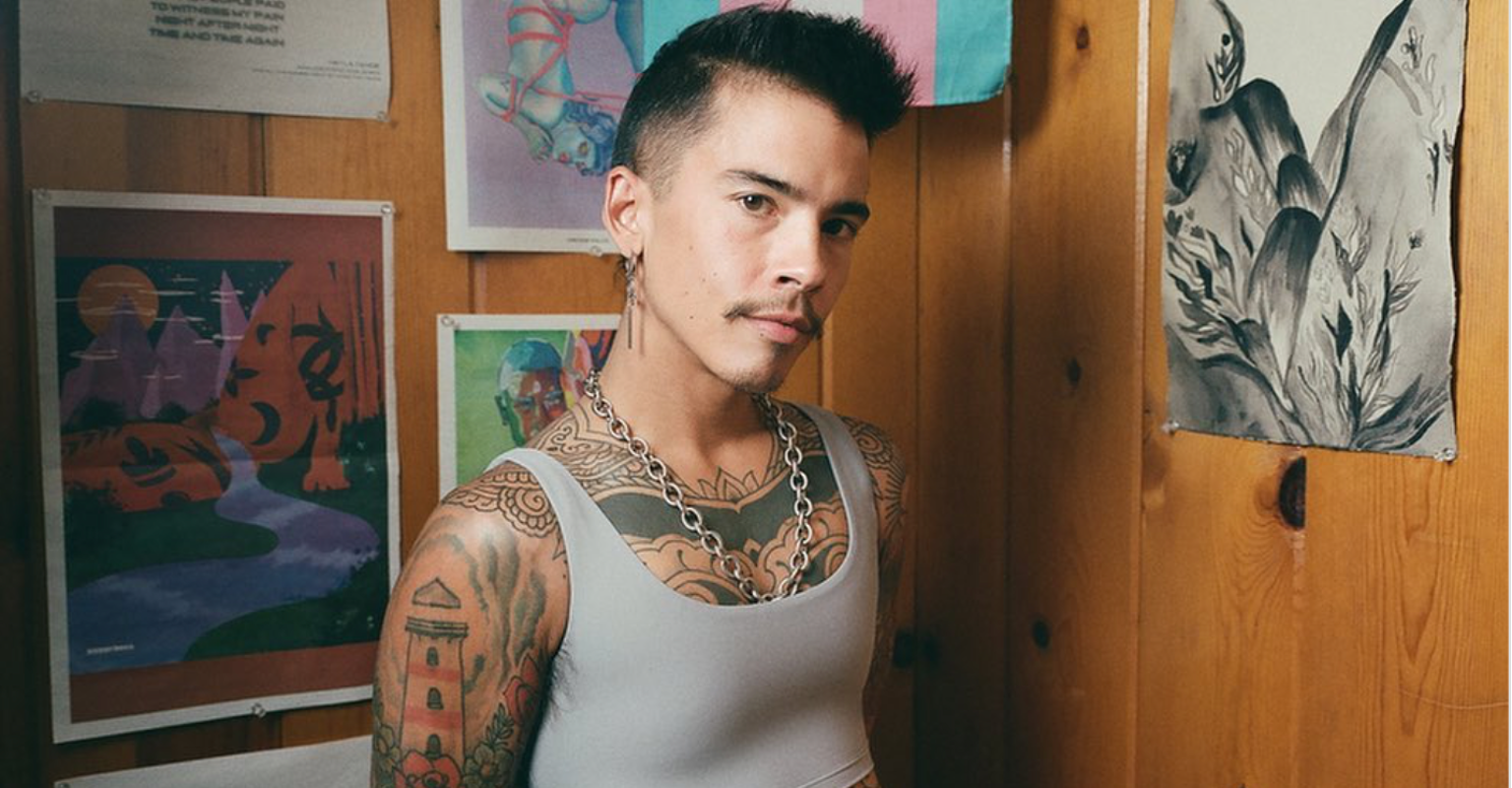 Everyone deserves to feel comfortable in their skin. For Them understands this quite well, which is why their binders are designed for comfort, safety, style, and functionality, without having to sacrifice any of the four in the process. Launched this year, “The Binder”, as it’s known on their site, is designed to compress maximally without sacrificing any range of movement or a single breath.

For Them’s creator, Kylo Freeman (they/them) understands firsthand the trials and tribulations of binder discomfort and has designed The Binder, alongside technical designer Rada Shadick, to avoid that.

“I was working out of a shop in New York called Prehype and they build businesses essentially for entrepreneurs,” said Freeman. “I was trying to figure out what I wanted to build and on the side was super uncomfortable in my binder. I’m an actor. I do some producing. I was working a lot and I’m not feeling 100%.”

So Freeman turned their sights on eliminating the problem with a much more comfortable and functional solution, creating their business in the process.

“I just thought, I must try to solve this problem. And I think the problem really is in our community, it’s very tough, and we don’t have the products and services and support that we need to feel well, to feel good,” said Freeman. “So I started the business off with The Binder as the first product. But our mission and our ethos is just that we speak to the community, we find out what they need and we do everything in our power to build it, basically.”

And For Them is truly putting community first. In an effort to effectively understand the LGBTQ+ community’s binder needs, Freeman started a Discord chat that now has up to 4000 members. Their input drives the design of For Them’s product, keeping the business true to its namesake.

And due to that feedback, customers seeking For Them’s binders can not only do so on their site, but can become a part of the For Them community via the company’s extensive social media accounts.

With over 25k followers on TikTok, over 38k followers on Instagram, and over 4k followers on Facebook, For Them is connecting with consumers to not only keep their products informed by them, but to also create spaces focused on queer wellness.

“Our well being is not being served. What does it mean to be queer and well? I think it means something very different than being cis, white, het, and well. It’s a very different need,” said Freeman. “And I think that our community should be involved in figuring out what that is. And so that’s why we speak to everyone so readily about what it means to be well for each person and then figure out what we can do, across the board, to try and serve that need.”

And those needs continue to be served as For Them continues to create new products and services with the LGBTQ+ community in mind. The use of social media has aided the company in creating a self-sustaining community that not only informs product development, but serves as marketing for them as well.

Many For Them binder wearers turn to social media, sharing their binder journey and how it has pivoted through the use of For Them products. But For Them’s social media platform is also dedicated to having conversations on gender, sexuality, identity, relationships, and more as another element towards answering the question on what is queer wellness. Freeman consistently recognizes the value within this.

“A lot of the time the For Them community educates me, which I love,” said Freeman. “I love that we’re asking all these questions and it seems so important because all of these things are just integral to who we are as a queer community.”

“I think realness, intimacy, softness, and being gentle, I think that feels like my brand,” said MaryV. “The biggest thing to me is making sure there is that connection, that flowing dynamic between the subject and photographer.”

The new For Them photo series leverages MaryV’s brand of photography, as it takes a look at different LGBTQ+ folks from Colorado (MaryV’s home state) wearing For Them binders in their homes. To ensure the authenticity of the shoot, For Them and MaryV collaborated on the casting process to bring in members of the local queer community to be a part of the photo campaign.

“I feel like I needed to do this casting and make sure we had a really amazing, solid, powerful cast. So For Them definitely helped with a lot of that and reaching out to folks,” said MaryV. “It was like a person knew someone who worked at a coffee shop, who then put the word out, and who was a friend or something. It was that type of connection. And I love that. Just queer people connecting one another.”

Whether it’s an apartment, house, or a dorm room, your personal space is intimate, some may say sacred even. But to also give someone an inside perspective on the binder you’re wearing can also provide a sense of intimacy than many people haven’t seen before.

“This shoot felt very personal, very close, because not only am I entering their space, but entering their space while they’re wearing a binder, which, to some people, is a very sacred thing to be wearing or to be presented in,” said MaryV. “Getting your photo taken can already cause a lot of anxiety. I mean, also being a model, I can understand that and also doing self portraiture, I can understand what comes with that.

To ensure this process honored each person, MaryV connected with the various models to simply get to know them before entering their spaces and capturing their images.

“But being photographed with a binder, that could cause dysphoria. It could cause anxiety. Of course, there is going to be a flood of emotions regardless, but I wanted to make sure it was taken care of and held and everything,” she added. “So I wanted to have a conversation with each of the subjects beforehand. Just tell me about you and what do you do? And outside of you being this individual that’s going to be wearing this binder, who are you?”

With the photo series occurring in Colorado, the campaign becomes even more personal with the recent shooting at the Colorado Springs queer bar Club Q. On November 19, Anderson Aldrich (they/them) entered the club and opened fire with an AR-style weapon and a handgun, leaving five dead and 25 injured at the LGBTQ+ nightclub.

Unfortunately, this shooting follows on the heels of the Pulse nightclub shooting in Orlando in 2016. But just like what LGBTQ+ folks did in 2016, we do now. We continue to take care of each other, fight for each other, and most importantly, continue to live loudly and proudly.

“Given the terrible events that occurred in Colorado, and all these queer folks are in Colorado, this has become an even more poignant, incredibly important piece of work. I’m very grateful and excited to work with MaryV, but I’m also really grateful and excited for folks to see, essentially queer folks, not models, just queer folks being themselves in their own safe spaces. Given the event, I think it’s really important to see.”

And that visibility is incredibly important. Recent events have again put into perspective the need for LGBTQ+ visibility, but also queer joy.

“This photo series feels very important to share and brings some type of queer joy, queer love into Colorado, especially in Colorado Springs,” said MaryV. “The space and energy is still there around community and around individuals and connection.”