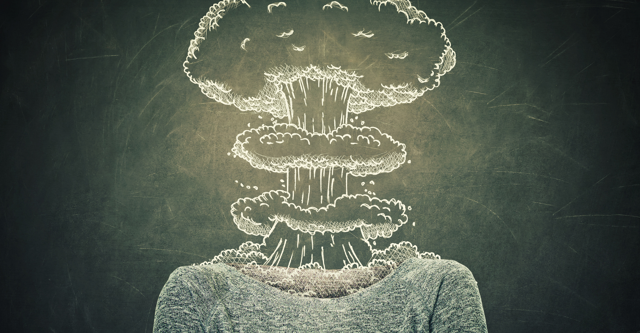 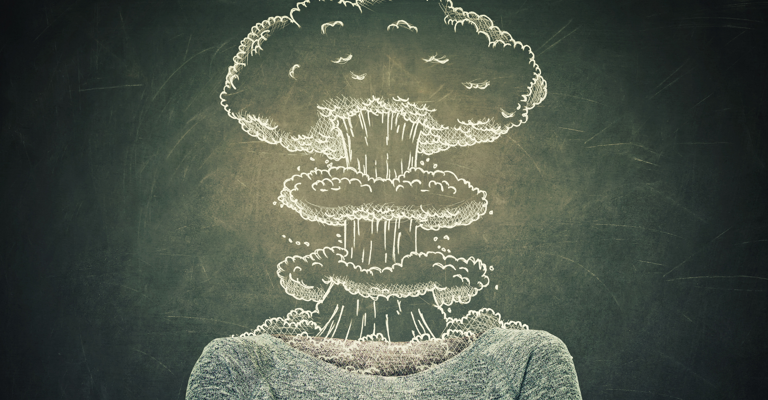 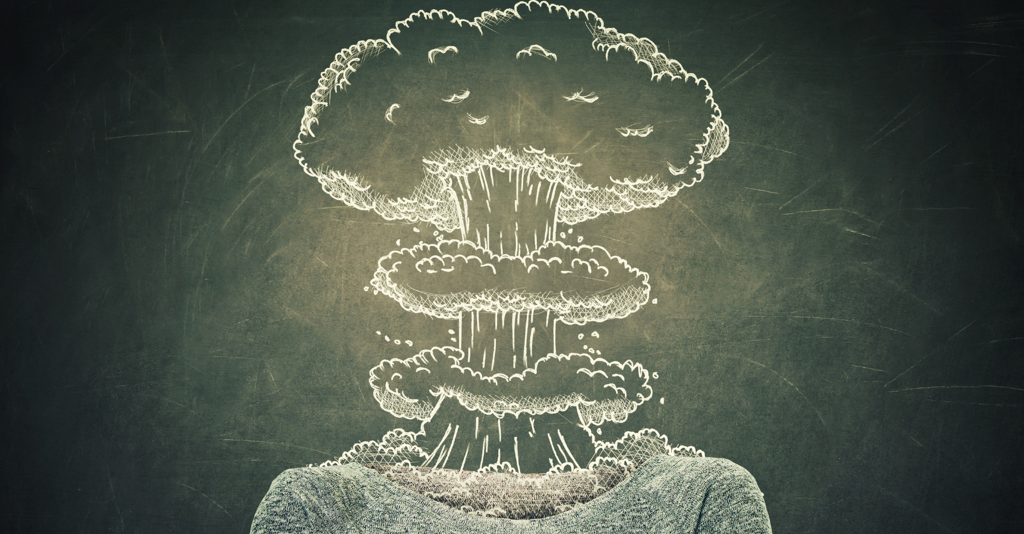 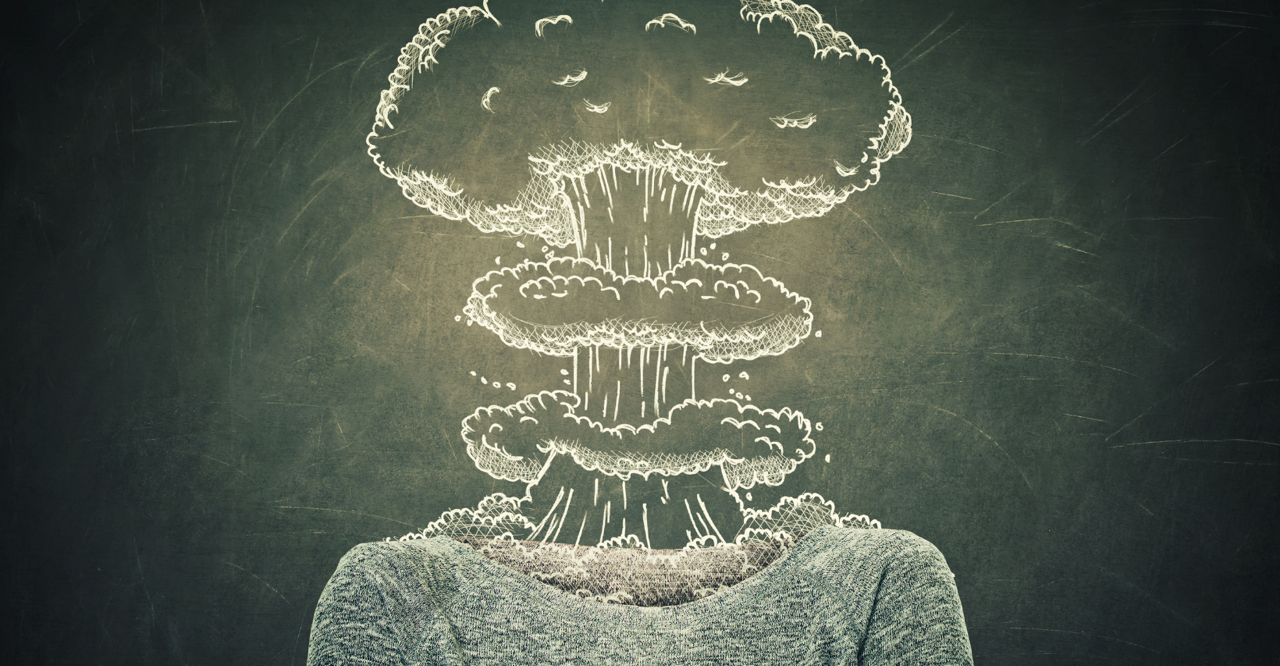 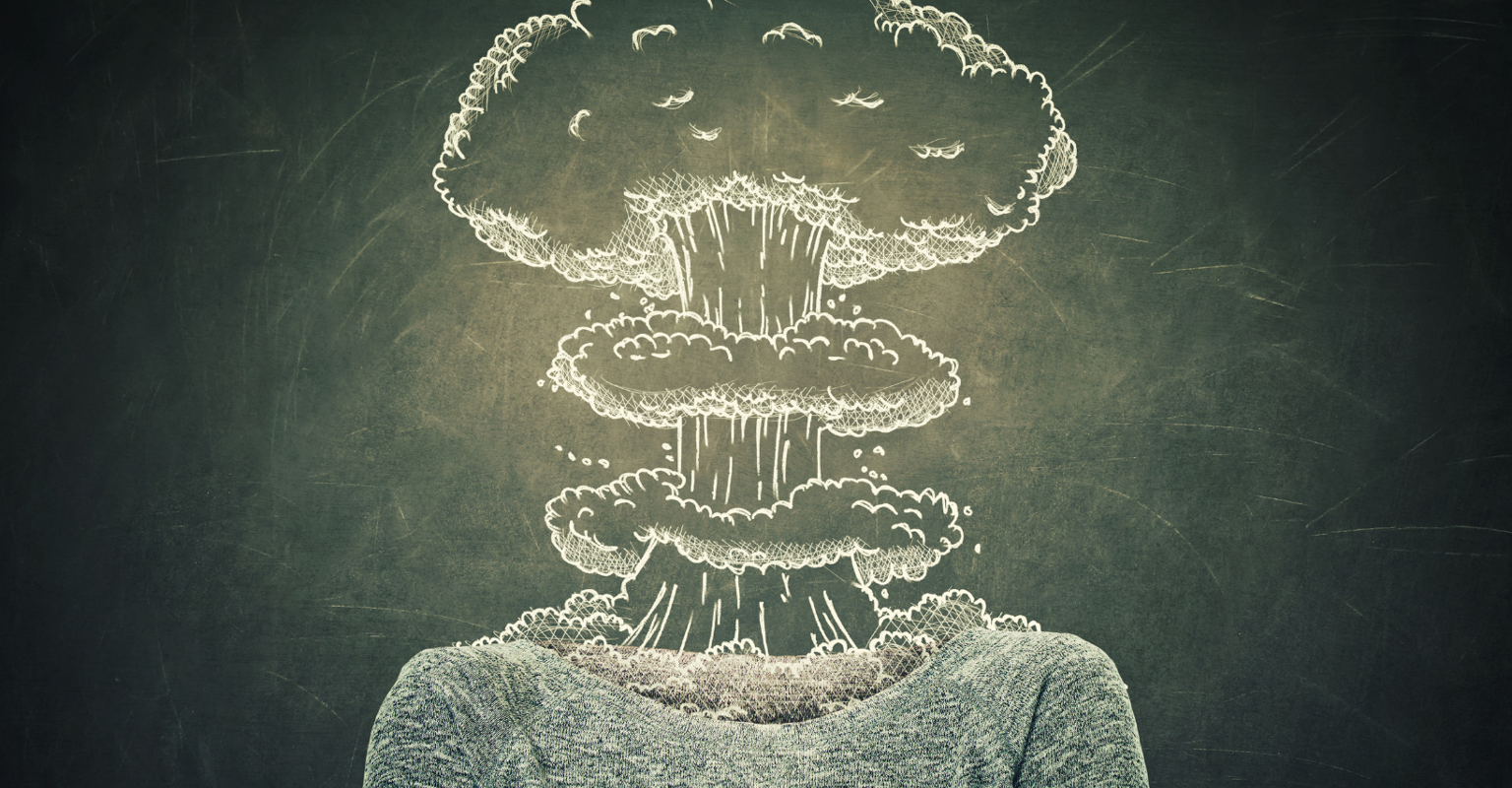 I performed the hell out of femininity when I got my first teaching job at 21. There’s still a picture of me hanging in our staff lounge, hip popped, frilly pink blouse, gold wedding band, grande cinnamon dolce latte, and my very first set of classroom keys swinging from a brand new lanyard. Ten years later, I still have the lanyard, but absolutely everything else has changed. Staff photos act now as a kind of queer Animorphs flipbook. Blouses are replaced by crisp men’s dress shirts, layered beaded necklaces vanish for patterned neckties, and tattoos sprout under cuffed sleeves. My friends say that it now looks like I’ve reached my final queer Pokémon evolution.

In the years after I first came out at school (first as bisexual, then as a lesbian, and most recently as nonbinary,) I was almost proud to be one of the only visibly queer teachers on my campus of 3,000. As I became more involved with our school board and greater community activism—getting midnight phone calls from administrators with questions about assembly bills, or routine lunchtime classroom visits from students in crisis—felt both validating and fulfilling. I curated a classroom library filled with books about queer experiences. I wrote up glossaries for teachers who had only 101 knowledge about the LGBTQ+ community. I even focused my master’s thesis on welcoming and supporting these students across campuses.

But this year, coming off the hardest eighteen months of teaching any of us have experienced in our careers, I can feel myself losing steam.

As a lot of educators will tell you, many of us are gaslit early to believe that martyrdom is part of the package, that a good teacher gives all of themselves and expects meager compensation. We joked about it during my credentialing program, and it’s one of the reasons that most teachers pack up their desks before they ever hit the 10-year mark.

I never asked what years of taking on the role of “emotional support teacher” and sole school-wide LGBTQ+ expert would do to my longevity as an educator, or what it would be like to have panic attacks on my rare sick days, anxiously wondering if someone might need me when I was not there.

Many teachers are gaslit early to believe that martyrdom is part of the package, that a good teacher gives all of themselves and expects meager compensation.

I took a day like that early in this school year—much earlier than I usually would—before I could establish a rapport with a new crop of students. A sore throat kept me home, and in my absence, there was an incident of shocking homophobia in my classroom.

I was heartbroken and angry. I was told that my pain would be “a good learning opportunity” for students and staff.

And yet, why should I share my identity at all? Why not pack away photos of my partner, avoid questions about my weekend, pretend to be cisgender? Why not just keep my head down and “stick to the curriculum”? After all, it’s what so many of our teachers did for so long. It’s what my own history teacher did, back when I was sitting where so many of my 12th-grade students sit now, only a few months before Californians would vote on Prop 8, the ballot initiative that would ban same-sex marriage in our state until it was overturned a few years later. We were so endlessly curious about his life, and we asked him about it all the time. There were no family photos on his desk like our other teachers had, and the empty beach screensaver on his computer was no help. He made up a story once about a wife who was a dolphin trainer when we noticed a wedding ring, but he turned away quickly and we knew it wasn’t true. It wasn’t until years after that I learned he’d been in a long-term partnership with another man.

I wonder now if…it would have been easier for me to contend with my identity if I’d known even one single solitary queer adult in my own life.

Were we, a pack of nosy teenagers, entitled to the details of this man’s life? Absolutely not. Did I still feel a little betrayed when I found out? Yes. He was the advisor for our own queer student club—called the Gay-Straight Alliance way back in 2008—and I was right in the middle of learning who I was. I wonder now if I internalized any of that shame, or if it would have been easier for me to contend with my identity if I’d known even one single solitary queer adult in my own life.

But I do not blame him now that I stand where he stood. Existing is a political statement when you’re a queer teacher, and the microscope is tighter in a world where you’re already under constant observation. I am no stranger to parent complaints, whispered hallway comments, or criticisms and pushback from my own colleagues.

These attitudes aren’t new. They’re supported by decades of organized pushback against queer teachers taking up space in public schools. In 1978, the state of California tried to ban what were then identified just as “gay and lesbian” teachers from the classroom with a ballot proposition called the Briggs Initiative. Proponents argued that we were pedophiles and that we were trying to indoctrinate and brainwash students with a “perverted lifestyle.” Though it was ultimately defeated, it had, for a time, 60% approval in the state.

I don’t know if I’ll survive as an out queer teacher forever. For now, I am sustained by the moments of connection that pepper my day: a nonbinary freshman finding my room to borrow a book because they spotted my “they/them” hat in the hallway, parents reaching out to ask questions because they want to support their trans son, a student lingering in the doorway to ask for advice because he thinks he’s finally going to come out to his sister. Eventually, I would love to feel like my identity is unremarkable enough to make my presence banal and even unnecessary. But until then, I’ll be here.♦

Flint is a nonbinary lesbian public high school educator who has been teaching English and film in Southern California for almost ten years.